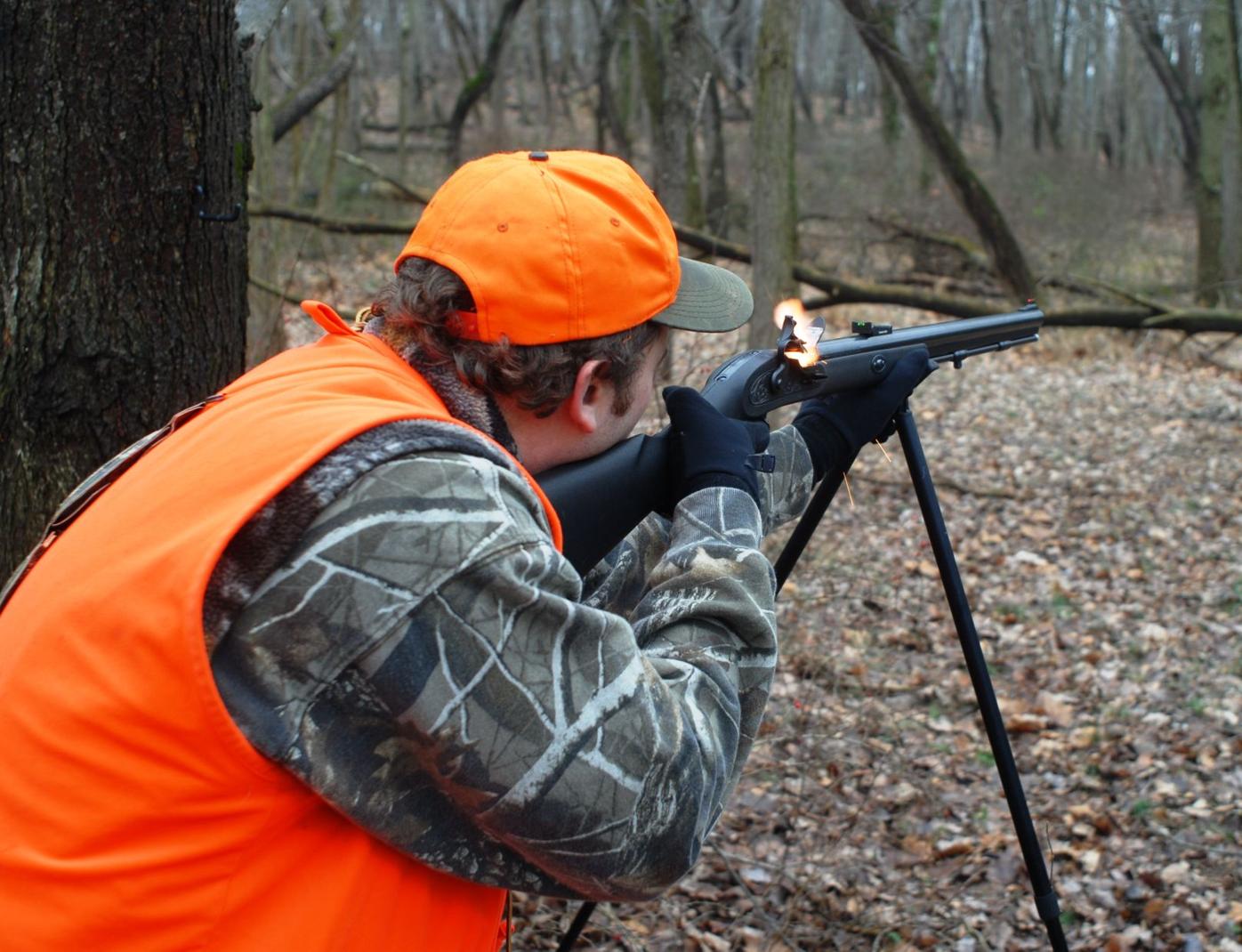 Pennsylvania's firearms deer season opens Monday and runs through Dec. 13. Opening day is a tradition revered by many. 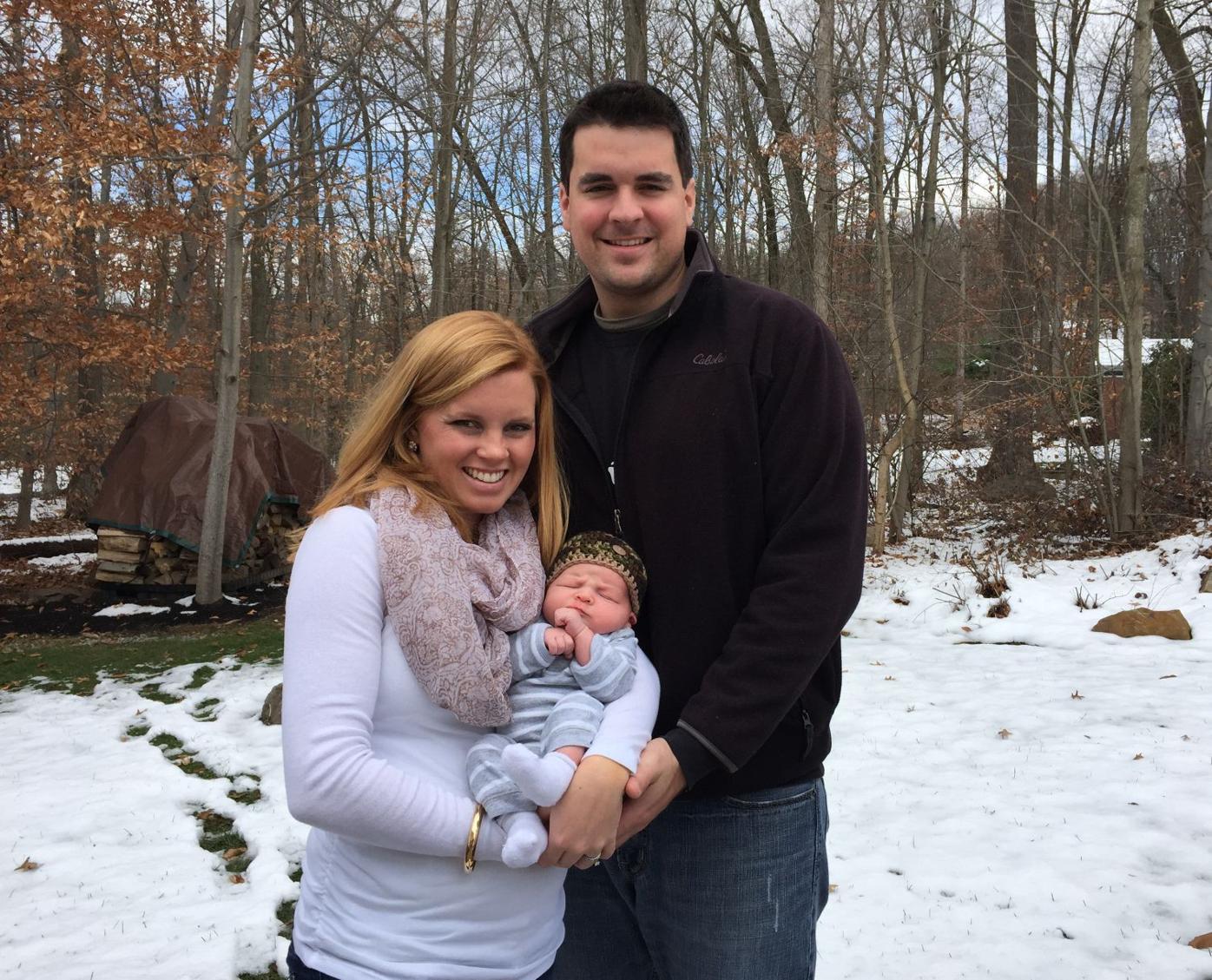 Laura and Jordan Risser, of West Donegal Township, pose with their son, Wyatt, who was born Nov. 16. Even with a newborn, the couple plans to hunt deer together Monday morning. 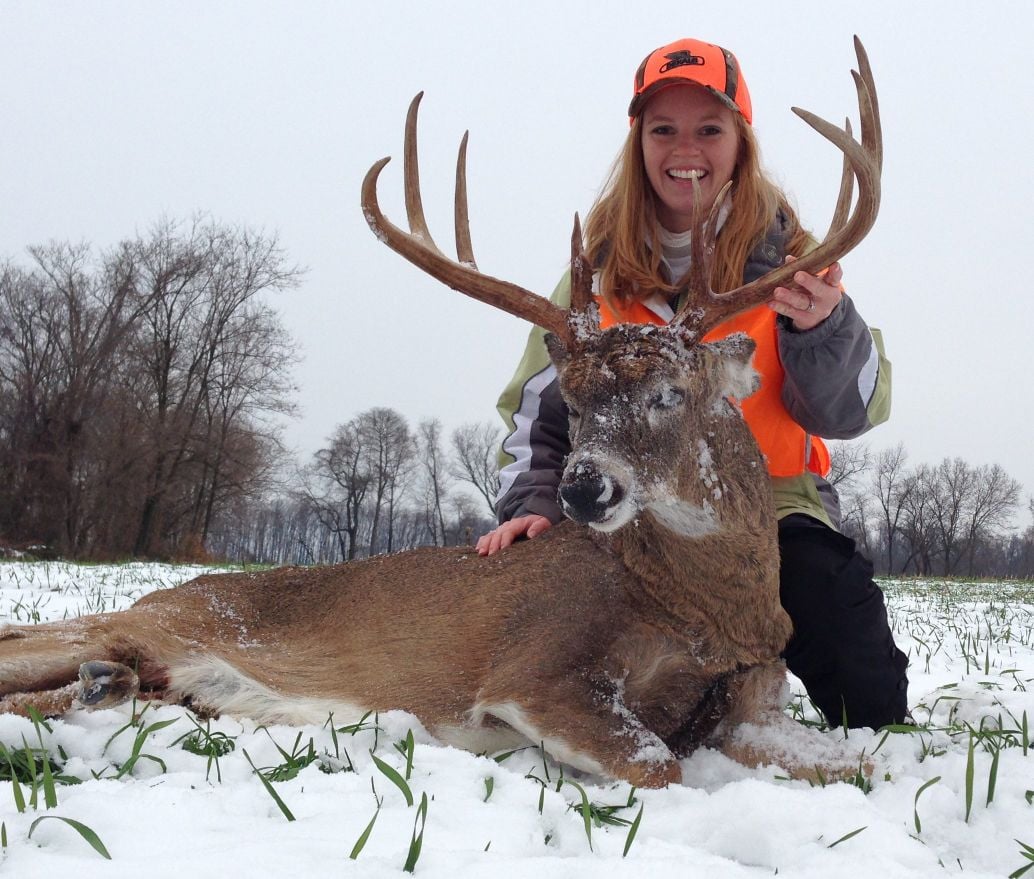 Pennsylvania's firearms deer season opens Monday and runs through Dec. 13. Opening day is a tradition revered by many.

Laura and Jordan Risser, of West Donegal Township, pose with their son, Wyatt, who was born Nov. 16. Even with a newborn, the couple plans to hunt deer together Monday morning.

When the sun rises Monday morning, Rick Conley will be in the one place he calls home.

The 70-year-old Penn Township resident plans to be sitting in a tree stand for the opening day of Pennsylvania’s firearms deer season on the Dauphin County farm that’s been in his family for generations.

“I counted up, and I have relocated 45 times in my life,” Conley said. “That farm is the one place that I can say I have a root. It’s the only place I’ve always gone since I was a kid.”

It’s a special place on a special day for this avid deer hunter.

“Even if I didn’t have a (deer) tag, I’d still sit out there Monday morning,” he said.

It’s hard to find another state in the U.S. where deer season is as important as it is in Pennsylvania.

But the Lone Star State only had us beat by about 70,000, and it has more than twice Pennsylvania’s population.

Though it’s not as prevalent as it once was, some businesses across Pennsylvania still close for the deer- season opener so their workers can hunt.

Many schools are closed, too.

Here in Lancaster County, only the Manheim Township, Warwick and Lancaster school districts have classes scheduled for Monday.

All other public schools are closed.

For Jordan and Laura Risser of West Donegal Township, spending time together hunting deer on opening day is a tradition they started 5 ½ years ago, when they got married.

“It’s just something we started, and we’d like to keep it going,” said Jordan Risser, 28, who works in agricultural lending for Fulton Bank.

And they don’t plan to break that tradition Monday, even though their first child — son Wyatt — was born Nov. 16.

“Laura is going to get out for a few hours in the morning between feedings,” Jordan Risser said.

“Grandma is going to watch Wyatt while we’re out,” said Laura Risser, 27, an emergency room nurse at Lancaster General Hospital.

Fortunately, the Rissers hunt near where they live, so it’s easy for her to get out for a few hours to hunt, before returning home to their son.

Last year, she shot her biggest buck ever — an 11-pointer — during the firearms season.

“I don’t ever expect to get another one like that,” she said. “I was very lucky.”

When it comes to deer hunting in Pennsylvania, though, it’s often better to be lucky than good.

The firearms season runs statewide from Monday through Dec. 13. 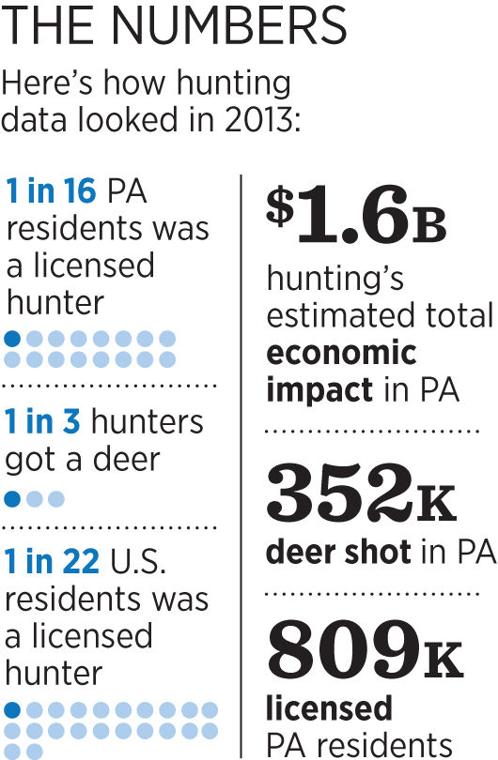 Send us your deer photos

Taking a whitetail buck is an achievement worth celebrating. So let’s celebrate together.

If you shot a buck this season – with bow or gun – send us a photo.

Along with your photo, include your name, address and telephone number. We will return all mailed submissions.

Also, let us know how many points are on your buck’s antlers, the date you shot it, and the county in which you were hunting.

On Sunday, Dec. 21, we’ll put together a full page of photos in the newspaper. However, we will post photos on LancasterOnline.com as they are received.