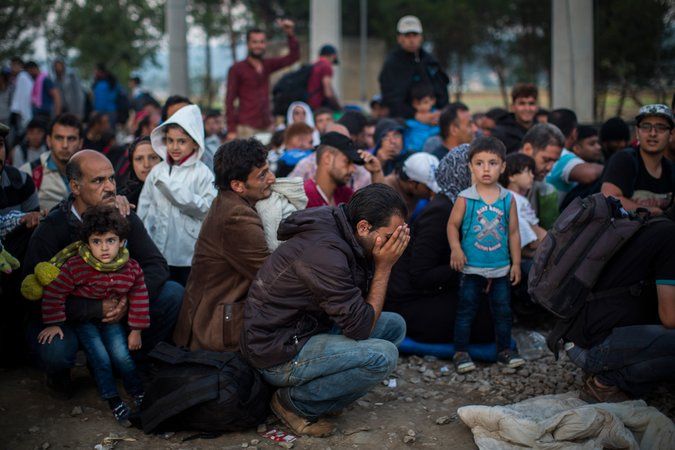 Syrian refugees wait near the border railway station of Idomeni, northern Greece, to cross into Macedonia in this undated photo. 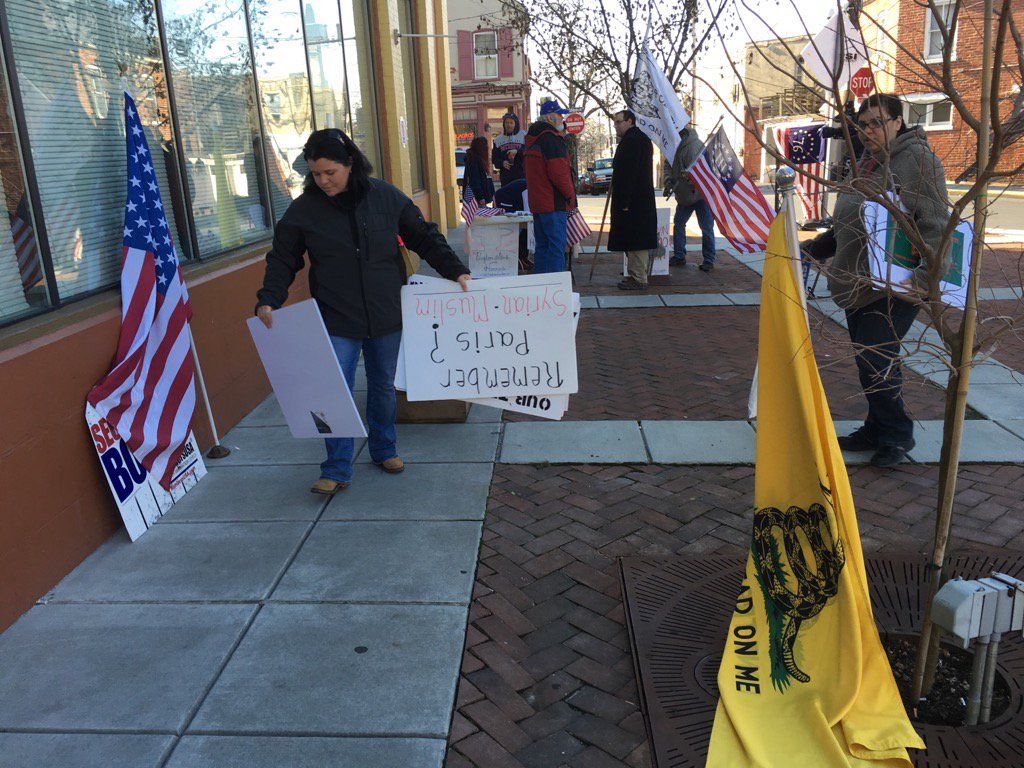 A group that opposes letting Syrian refugees enter into Pennsylvania are preparing for a rally Saturday outside Church World Service, a refugee resettlement agency that helped three Syrian families begin new lives in Lancaster County this year — at 308 E. King St in Lancaster.

Syrian refugees wait near the border railway station of Idomeni, northern Greece, to cross into Macedonia in this undated photo.

A group that opposes letting Syrian refugees enter into Pennsylvania are preparing for a rally Saturday outside Church World Service, a refugee resettlement agency that helped three Syrian families begin new lives in Lancaster County this year — at 308 E. King St in Lancaster.

People on both sides of the refugee issue plan to rally Saturday in the city.

A second group of people who welcome refugees to the area say they will gather at the same time and place to offer a counterpoint.

“It’s not about not liking refugees,” said Bridget Fisher, an organizer of the anti-refugee rally and a leader of the Patriotic Liberty League.

“We’ve been called every name in the book, that we’re bigots, xenophobes, fascists ... and crazy white supremacists. That’s not what we are,” Fisher said. “Our stance is, Americans have to come first. It’s not xenophobia. It’s tyranny. Our government is failing us.”

That doesn’t sit well with Barry Russell, a member of Rainbow Rose Community, who organized a counter-rally to show the region’s more welcoming side.

“We needed to do something, to show that Lancaster stands shoulder to shoulder with the people they are protesting against,” he said. “We were all immigrants at one point or another.”

“We’re not calling it a protest,” he added. “And not necessarily a rally. It’s a coming together of people in support of something that matters to all of us.”

The “End the Influx of Refugees Rally” event page on Facebook says Church World Service is “a phony Christian group bringing refugees into our commonwealth. Their only god is gold and they intend to get rich at our expense.”

“We’ve been holding rallies over the past couple of weeks at different locations,” said Ryan “John” Rentschler, a Republican committeeman from Berks County.

“We started with one at the Capitol building, to get the governor to understand that the majority of Pennsylvanians, the majority of Americans, don’t like this. He ignored us.”

“Church World Service believes we are the minority, a small minority, and we shouldn’t be listened to,” he said.

He expects up to 200 people to attend.

“Unfortunately, we can’t trust what’s coming out of the Middle East. Even if one person out of 100 is a terrorist, that person could kill a lot of people.”

Fisher, who said she’s a single mother of two who was recently homeless, believes down-on-their-luck Pennsylvanians deserve aid before refugees.

“We’re offended that these people come here, they get housing, they get preferential job treatment,” she said. “American citizens are being pushed aside. We’re being put on the back burner. When do we come first?”

“Do I expect drama, in the sense of screaming and shouting at each other? I hope not,” she said. “But they know that we’re armed citizens. I don’t know if they’ll try to make a spectacle of that.”

The counter-rally, “Lancaster Welcomes Refugees,” is hosted on Facebook by The Seed, a local vegan restaurant.

“We felt it was important to offer a presence that day that is different from the protesters,” Russell said. “Our intention is to be peaceful and nonconfrontational.”

The pro-refugee group will gather at 11:30 a.m. at Musser Park and walk to the rally site at noon, he said.

“We are asking people to bring signs,” he said. “Lancaster has a great community of activists and visionaries. ... And it’s supposed to be a pleasant day. We’re expecting 100 people. It could easily be more.”

Russell said his group will walk, carry signs and chant.

“Our intention is to show our support in numbers,” he said. “We do not plan to confront directly the other side.”

Co-organizer Kevin Ressler, director of Lancaster Meals on Wheels, said his goal is to let the local refugee community know “there are people here who welcome them.”

“They have been coming to this community for decades before people suddenly decided to hate them,” he said.

He said he is mindful of the potential for conflict between the two groups.

“If we don’t feel it’s healthy or safe to move from Musser Park to that square, we won’t,” Ressler said. “If we have 100 people and they have 100 people, it probably doesn’t make a lot of sense for both to get together in a square that can probably hold 25 people.”

But most people have an immigrant background, he stressed.

“It’s part of the DNA of the Lancaster community to welcome refugees and help them get settled,” Ressler said. “There are people from outside the community who want to foment unrest ... but it’s good to be in a community that cares.”

“We are aware of all of this and will monitor the event,” he said.

The agency, she noted, is closed on Saturdays, so no one will be at the office during the events.

Anti-refugee groups have the right to protest, Mastropietro said. However, she said, “the rally will not stop Church World Service from carrying out our mission of promoting peace and justice throughout the world and providing a home for the displaced, and of fulfilling our contract with the U.S. Department of State to resettle refugees in the Lancaster area.”

The Lancaster community, she added, “has a long tradition of welcoming strangers.”