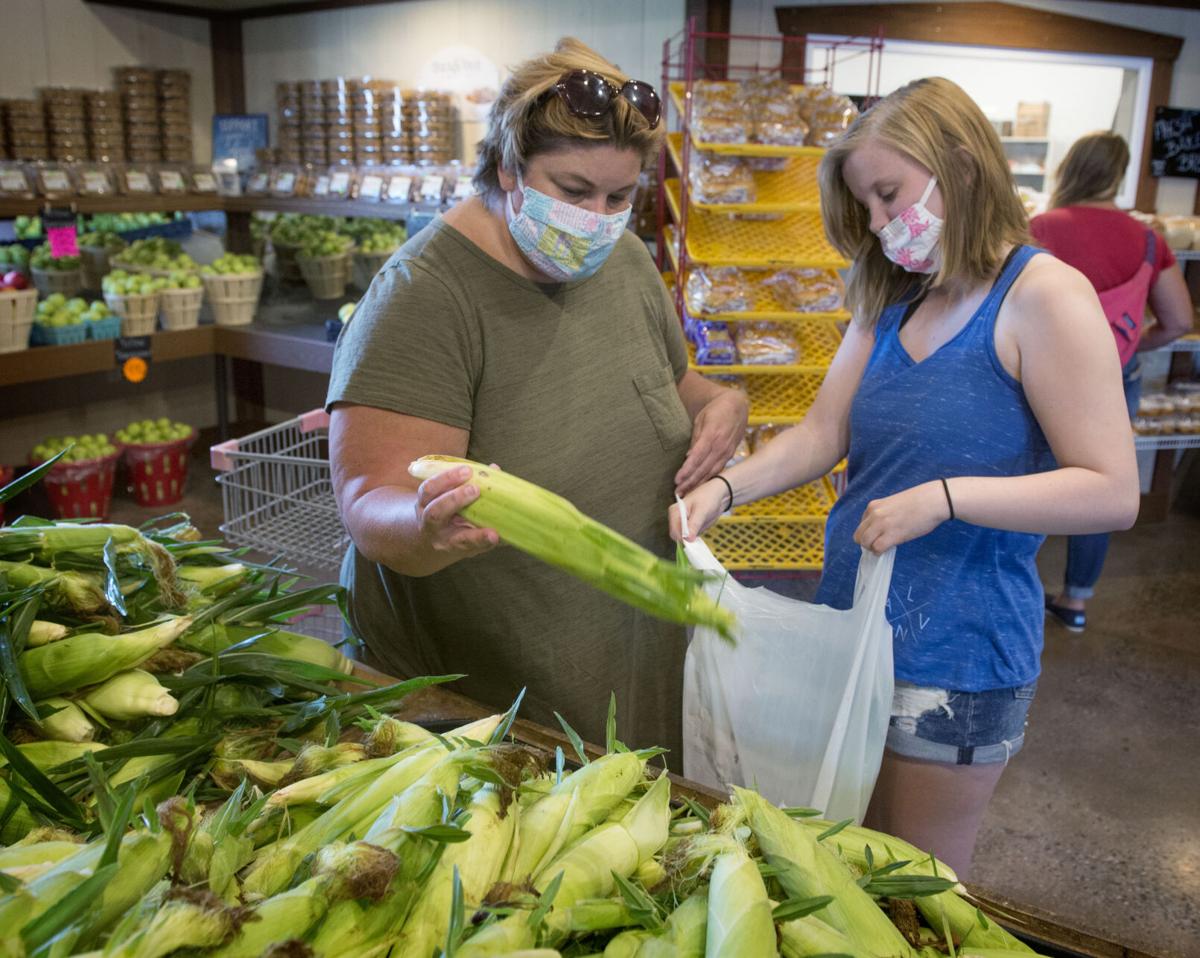 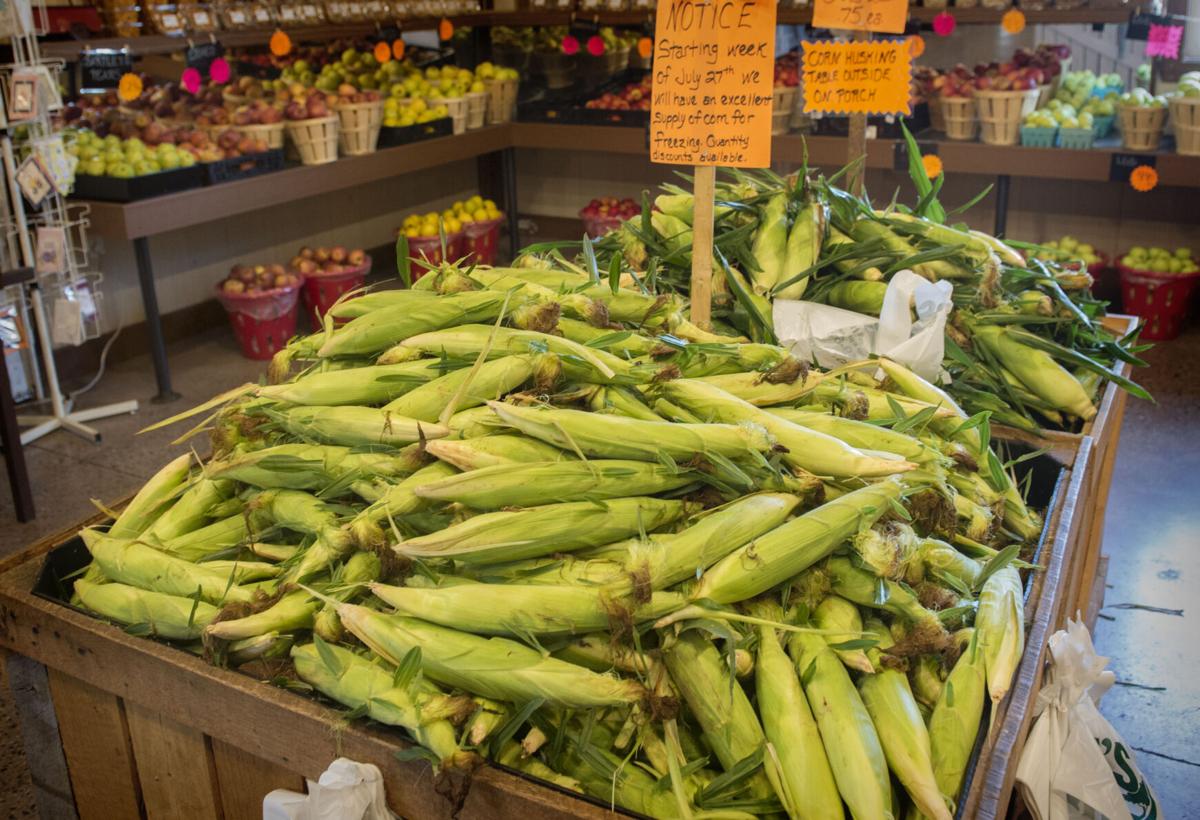 Corn is on sale at Reiff's Farm Market 2902 Rothsville Rd. in Ephrata Township Wednesday, July 22, 2020. This summer's heat and lack of rainfall has the potential to adversely effect crops like corn. 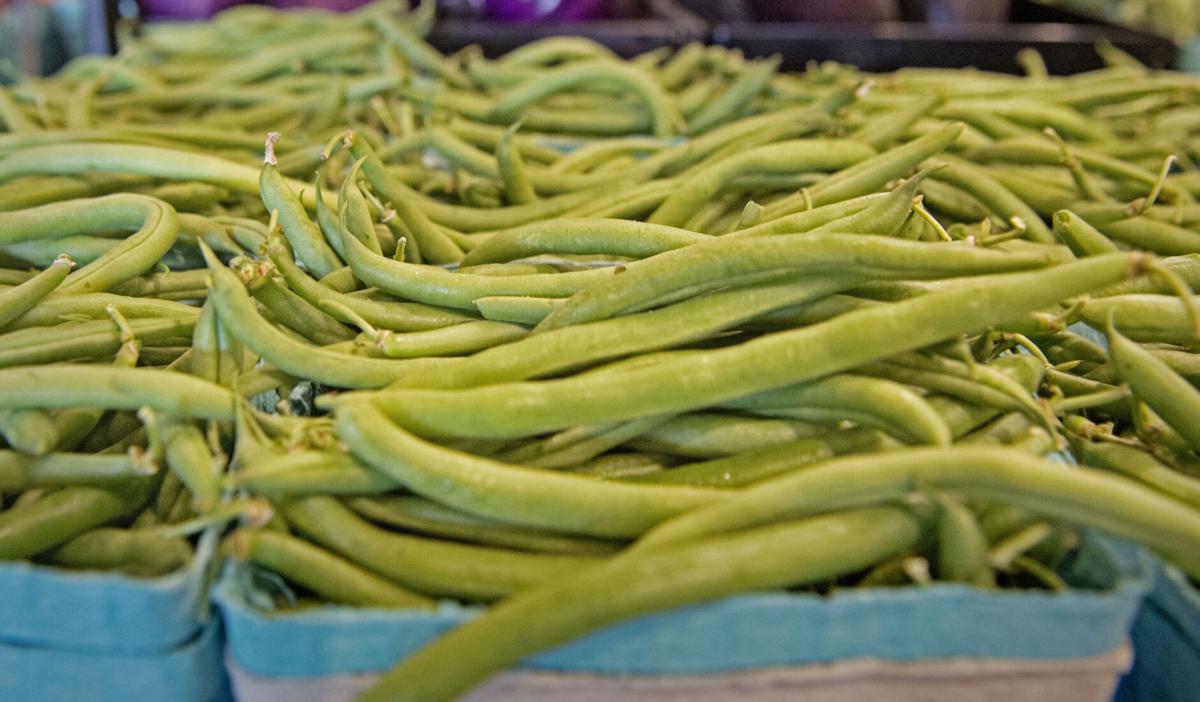 Green beans are for sale at Reiff's Farm Market 2902 Rothsville Rd. in Ephrata Township Wednesday, July 22, 2020. This summer's heat and lack of rainfall has the potental to adversely effect crops like beans.

The sun beat down through a nearly cloudless sky as customers exited the air-conditioned comfort of their cars early Wednesday afternoon, choosing to walk through 90-degree heat to visit a New Danville farm stand.

Behind the counter, a woman working at The Corn Wagon said business has been booming, but the produce market wasn’t without its setbacks.

“Due to lack of rain, sweet corn will be in short supply this Friday and Saturday,” reads a post on the stand’s Facebook page.

It is not alone. This month, farmers across Lancaster County have been forced to contend with oppressive heat and little rain, which could threaten crops.

It’s a combination that could be especially troubling for now-pollinating corn, restricting the formation of kernels, said Leon Ressler, an agronomy educator with Penn State Extension.

“The hot weather alone will be manageable if we get some rain,” he said.

And according to AccuWeather data, Wednesday was the 16th day this month with a local daytime temperature of 90 degrees or above.

“It’s been intense. It’s been consistent,” said Steve Groff, who runs the Holtwood-based Cedar Meadow Farm, where he and his employees grow vegetables on 200-plus acres.

There, Groff said he’s been able to lean on a drip irrigation system and his no-till and cover-crop operations to retain some moisture, but it’s not enough to protect all his produce. Already, he fears damage to his corn and pumpkins, he said.

With that said, Groff admitted that he hasn’t yet seen significant losses, though he suspects that could change if this hot, dry weather pattern holds for another week or two.

As of this week, no Pennsylvania counties were officially experiencing drought, according to the state Department of Environmental Protection.

Later Wednesday, some rain fell in Lancaster County and more storms are predicted for the remainder of this week, but they likely won’t be “widespread soaking rains,” said National Weather Service meteorologist Rob Radzanowski.

And still, temperatures are expected to remain in the upper-80s and 90s.

That’s not just true for vegetables, but also animal feed like corn silage and alfalfa hay, which is fed to beef and dairy cattle, he said.

But Ressler stressed that farmers are resilient — able to rely on methods like staggered planting, stockpiling feed and irrigation systems to minimize risk.

While he couldn’t provide Lancaster-specific numbers, Radzanowski spoke regionally, explaining that this July’s rainfall totals are about 2.42 inches below normal.

Pandemic, heat wave could be deadly combination, especially for elderly

“We haven’t seen a lot of all-day rainy days this year that it seems like we normally get,” he said. “We’re pretty much below normal everywhere at this point.”

Nathan Reiff estimated the irrigation system on his Ephrata Township farm has pumped more water this summer than in the past three years combined. It’s been essential to keeping his crops, including corn, healthy and in-stock at Reiff’s Farm Market.

Despite those efforts, the high temperatures have already resulted in a loss of beans, scorching the seeds, Reiff said.

And that’s all after an abnormally cold spring, with frosts that impacted corn crops while also damaging peaches, he said.

Above average heat likely to last through August: meteorologists

90-degree temperatures to persist today, this week in Lancaster County

Monday is expected to mark another day of above 90-degree heat in Lancaster County and the rest of central Pennsylvania, continuing a potentia…

This July was likely the hottest on record, according to Eric Horst, director of Millersville University’s Weather Information Center.