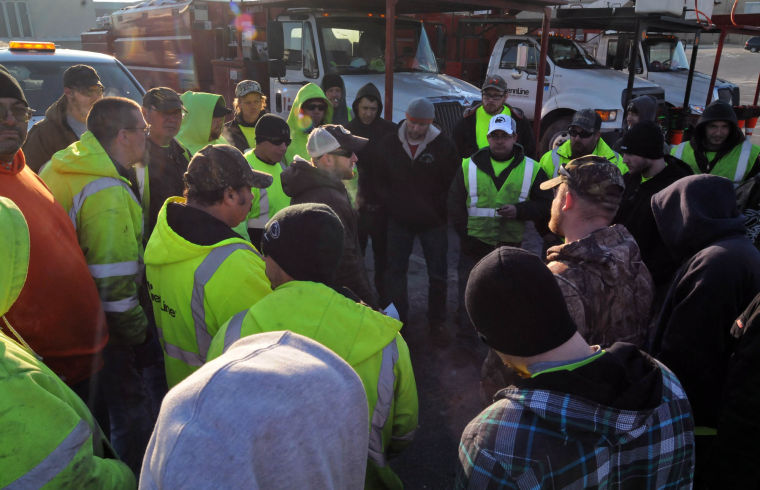 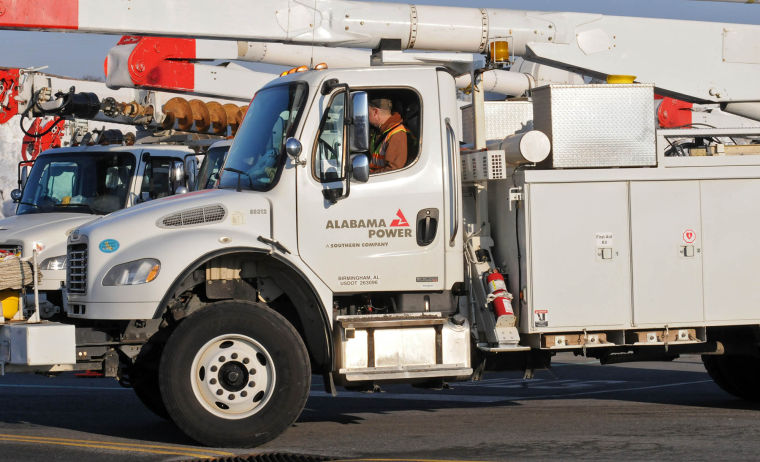 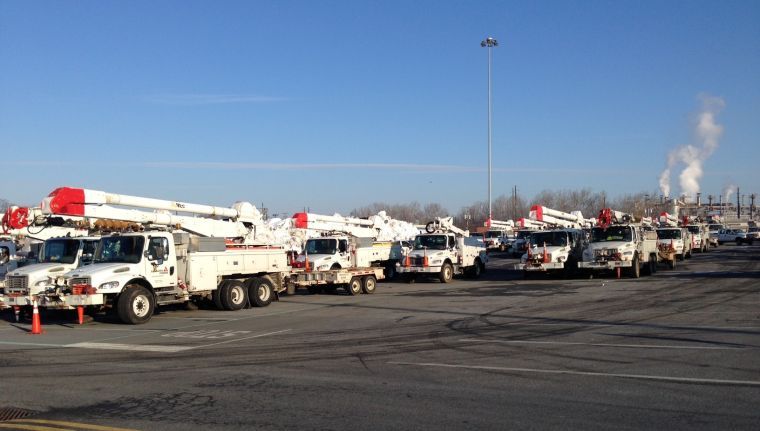 Crews from power companies as far away as Alabama are helping to restore electricity in Lancaster. These trucks are staging at Park City Center. 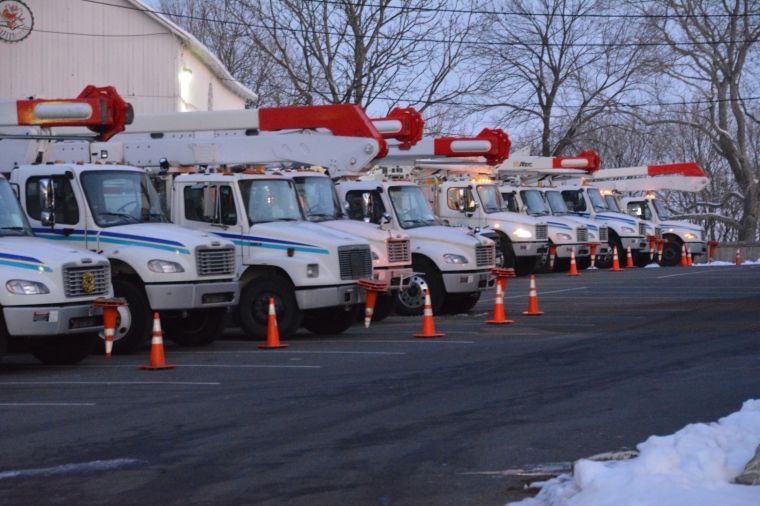 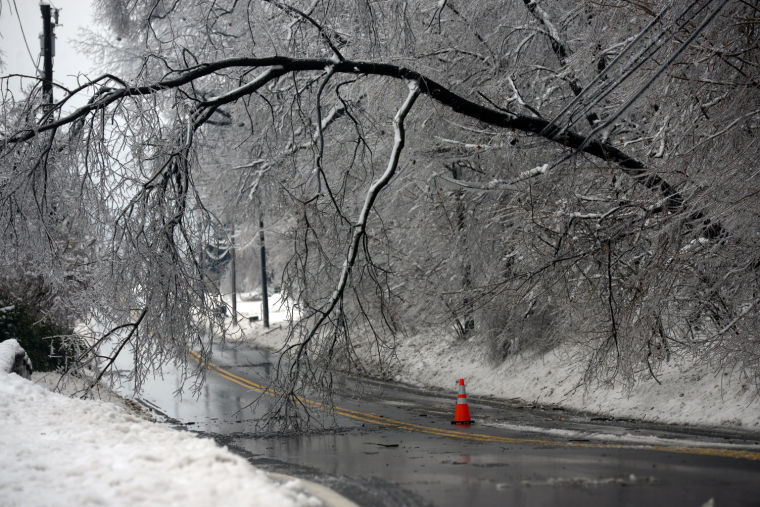 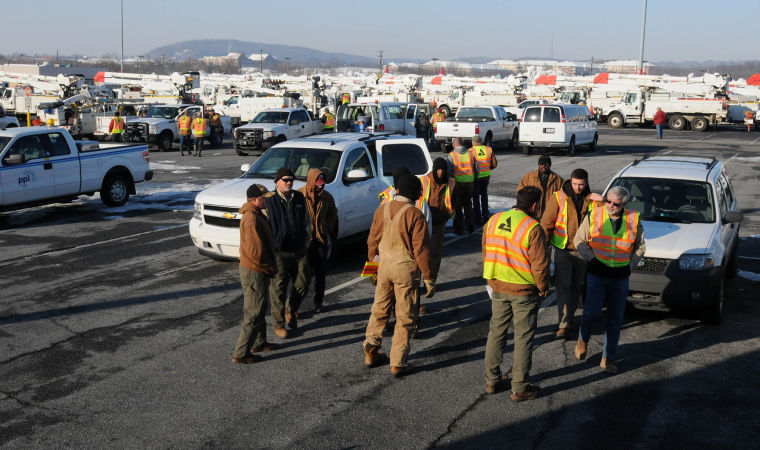 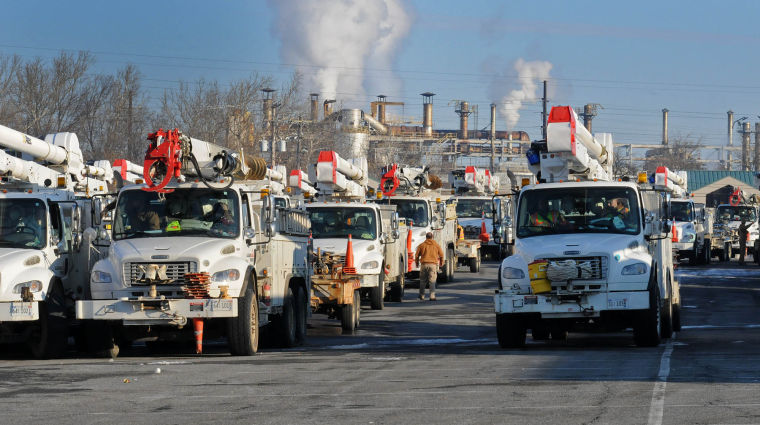 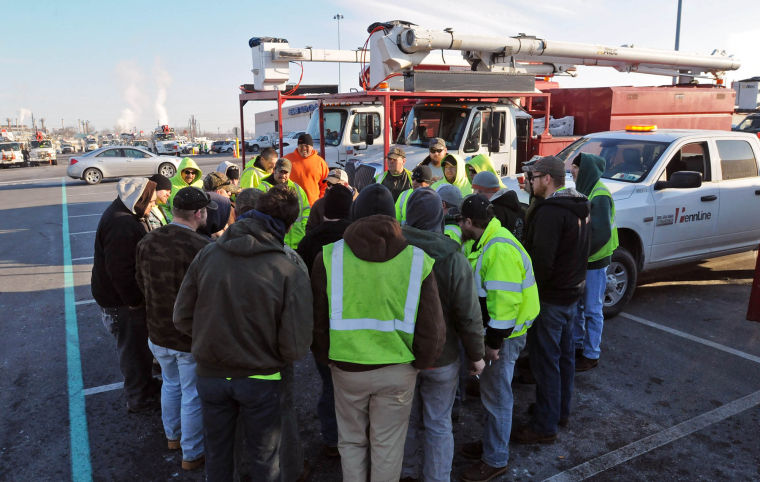 Crews from power companies as far away as Alabama are helping to restore electricity in Lancaster. These trucks are staging at Park City Center.

The number of PPL customers without power was down to the hundreds on Friday, three days after a once-a-decade ice storm that snapped trees and electric lines across Lancaster County and the region.

PPL had 1,600 workers in the field repairing lines on Friday morning. A quarter of those workers were from utilities in Alabama and Georgia who arrived in Lancaster on Thursday and worked into the night.

“We called in everybody we could call in on Wednesday,” said PPL spokesman John Levitski.

Less than 300 PPL customers remained without power Saturday morning. Some 46,000 were initially left in the dark by the Wednesday morning storm.

“We’re hoping to have just about everybody back by late tomorrow,” Levitski said.

He said late Friday afternoon that repairs were still needed at about 400 locations, most of which affect small pockets of customers.

Repairs had been made at more than 1,000 locations, Levitski said. Utility workers have replaced 13 miles worth of power lines and 4,200 poles, transformers, cross-arms and other pieces of equipment.

In Martic Township, the area with the most customers without power, Gil Delaney said Friday he’s been huddled around a propane fireplace for three days.

“Last night, we slept in two hooded sweatshirts, long johns and pajamas and under two blankets,” said Delaney, a retired newspaper reporter who lives in the village of Pequea.

It’s not expected to get much warmer.

The AccuWeather forecast for today calls for a high temperature of 29 degrees in Lancaster, falling to 22 overnight.

Snow — earlier predicted to be measured in feet — is now expected to measure about a half-inch on Saturday. On Sunday, the temperature may hit the freezing mark and snowfall may be only flurries.

The best chance for a more significant show will come Sunday night when the third snow pattern moves through the area. Depending on the track of the storm, there is the possibility for one or two inches of snow to fall, he said Friday afternoon.

Lancaster County began to return to normal Friday morning, a day after President Obama declared a state of emergency here and in six other Pennsylvania Counties.

The declaration allows resources of the Federal Emergency Management Agency to be used in response to the storm.

Phil Colvin, deputy director of the county’s emergency management agency, said a state of emergency was declared countywide on Thursday. The Lancaster County Commissioners are expected to officially act upon the verbal declaration at their next meeting.

The county declaration will enable the county and municipalities to seek federal reimbursement for storm cleanup costs if reimbursement later becomes available.

Colvin was aware of only two municipal states of emergency in the county; in Columbia borough and Martic Township.

Colvin said there are no official damage estimates of storm. Most cleanup costs are being incurred by PPL and the cable and telephone providers.

The county Emergency Management Agency got few reports of major private property damage, such as trees falling on houses, he said.

Municipalities also bore costs associated with the removal of downed trees and limbs on roadways.

On Friday, Colvin knew of only one road still closed from the storm. Furnace Hill Road, between Bossler and Hess roads, in West Donegal Township, remained blocked by a tree that had fallen into power lines, he said.

Colvin said he expected the situation to be cleared — along with most electrical problems — by 11 p.m. Saturday when PPL anticipates full restoration of service, he said.

Gierczynski did not have a number of Verizon customers in Lancaster County without service. He said most service issues related to the storm were being resolved as power is restored.

Also Friday, Amtrak service on the Keystone corridor through Lancaster County was restored.

The return to normalcy was also shown in the closure Friday of temporary warming stations and shelters.

The warming stations were established in the Paradise Township building and at the WJTL radio station near Manheim. They provided a place for people without power to get away from the cold, get water and charge cell phones.

Also, at Living Hope, one dog stayed in a temporary pet shelter operated by the Lancaster County Animal Response Team.

Members of the county’s animal response team also went to West Chester to help with a large shelter at the West Chester University gym.

On Friday morning, 97,000 remained without power in Chester County, the Daily Local News reported. It was the hardest hit county in the Philadelphia region.

Cyndi Maley, manager of the E.M. Herr Ace Hardware in Columbia, said she was getting customers from the Philadelphia region coming to her store to buy generators and kerosene heaters.

“They’re looking for any kind of heat they can get,” said Maley.

Maley said Friday she has sold 15 generators in the past two days, at an average price of $900, and 40 of the heaters.

In a typical winter, the store sells five or six of the heaters, which range in price from $100 to $200, she said.

One woman was driving from the one and a half hours from Lansdale for a heater on Friday. “She said I was the 40th person she called.”

Other businesses also stepped up to help affected by the storm.

The Oregon Dairy grocery store in Manheim Township opened its freezers to those who had lost power. Store manager Willie Hurst said Friday that seven people had brought food to be stored there until their electricity is restored.

“We’ll do it as long as it’s necessary,” Hurst said of the storage.

Verizon Wireless also opened its stores as charging stations for those who had lost power.

People were invited to charge their cell phones in Verizon stores in an area stretching from Chambersburg to New Jersey and York to Stroudsburg. Verizon also sent two mobile charging trucks to shelters in West Chester.

In a sign that normality is still far off, the Lancaster County Conservancy on Friday issued a notice asking the public not to hike in its 27 nature preserves in Lancaster County. The organization cited the danger of falling trees and limbs.

“We wanted to let people know that it is not a good time to be on the trails,” Paul Weiss, county parks and recreation administrator, said Friday.

County maintenance workers spent recent days clearing fallen trees and limbs from roadways in the park. Unlike most storms, Weiss said parks across the county were affected.

“It’s bad,” he said of the damage. “I suspect that the parks won’t be back to normal until spring.”

While the parks are not closed, Weiss said usage will be limited to fields, parking lots and other open areas. Work to begin clearing trails will begin Monday.

Inside the park, one of the large, old trees near the lake had fallen and about 25 tree-sized limbs were down. Electrical wires were still down, but power had been restored to the park’s buildings and lights, she said.

Katzenmoyer said city workers will not undertake the park cleanup until downed streets trees are cleared.

How Lancaster County residents are coping without heat, hot water and electricity

Crews from other states poured into the county to restore power interrupted by Wednesday's ice storm. For thousands of residents, the help can't come too soon.