A licensed practical nurse has filed a lawsuit against Penn Medicine Lancaster General Health, claiming religious discrimination in her dismissal for refusing to get a flu shot.

“As a general practice, we do not comment on ongoing litigation or personnel matters,” LG Health spokesman John Lines said in an email. “Many hospitals across the country have mandatory flu vaccination programs to provide for the health and safety of their patients, visitors and employees.”

What the suit says

According to the lawsuit, the system started a mandatory vaccination policy in 2012 and Aukamp-Corcoran got the flu shot annually starting then through 2016.

But, it says, after she began attending Refton Brethren in Christ Church, researched potential dangers of vaccines, had a miscarriage and then became pregnant again, she “came to believe that her body is a temple of the Holy Spirit and that she is to honor God with her body.”

As a result, it continues, she “believes her religion requires her to keep her body pure from everything that contaminates the body and spirit, and she further believes that she is required by her religious beliefs to refrain from receiving vaccines.”

Scott MacFeat Jr., lead pastor of the Refton church, responded to a question about the lawsuit with an emailed statement: “The Brethren In Christ Denomination does not have an official position or statement on flu shots.”

Lancaster General’s policy provides for exemptions on medical and religious grounds, according to the lawsuit, and employees granted those must wear a mask when within six feet of any person during flu season.

Aukamp-Corcoran attempted to get a medical exemption, but “her OB/GYN was on vacation at the time of the request and her midwife did not feel comfortable providing a note since the Center for Disease Control states the influenza vaccine is safe for pregnant women.”

So, the lawsuit says, Aukamp-Corcoran submitted a note explaining the reasons why she was asking for a religious exemption, and then had a brief telephone interview with a retired judge that the system appointed as an independent reviewer.

Her request was denied, she says in her lawsuit, and she learned that the reviewer reasoned that because she had tattoos and piercings, she did not actually view her body as a temple that should be preserved and kept holy.

According to the lawsuit, she refused to get the flu shot; was terminated on Jan. 5, 2018; and filed a discrimination charge with the Equal Employment Opportunity Commission, which investigated and “is unable to conclude that the information obtained establishes violations of the statutes.”

She then got an attorney on her own and filed the case in federal court.

What other systems require

WellSpan Health and UPMC Pinnacle told LNP their policies require flu vaccinations unless the employee is granted a medical or religious exemptions.

UPMC noted that its religious exemptions "require a statement of the belief, may require supporting information, and must be submitted yearly," and said anyone who did not get the flu shot must wear a mask at work for the entire flu season.

Penn State Health Milton S. Hershey Medical Center said flu shots are strongly encouraged but not mandatory, and employees who don't get them must wear a surgical mask when within six feet of a patient during flu season.

LNP was not able to obtain more recent figures Tuesday, but state records for 2014 showed that statewide, 89% of hospital employees got the flu shot, and at Lancaster General Hospital 99% did.

Nationwide, the U.S. Centers for Disease Control & Prevention said a small survey found 78% of health care workers reported getting the flu shot during the 2017-18 season.

The agency said coverage was highest in hospitals (92%), among physicians (96%) and when employers required it (95%). 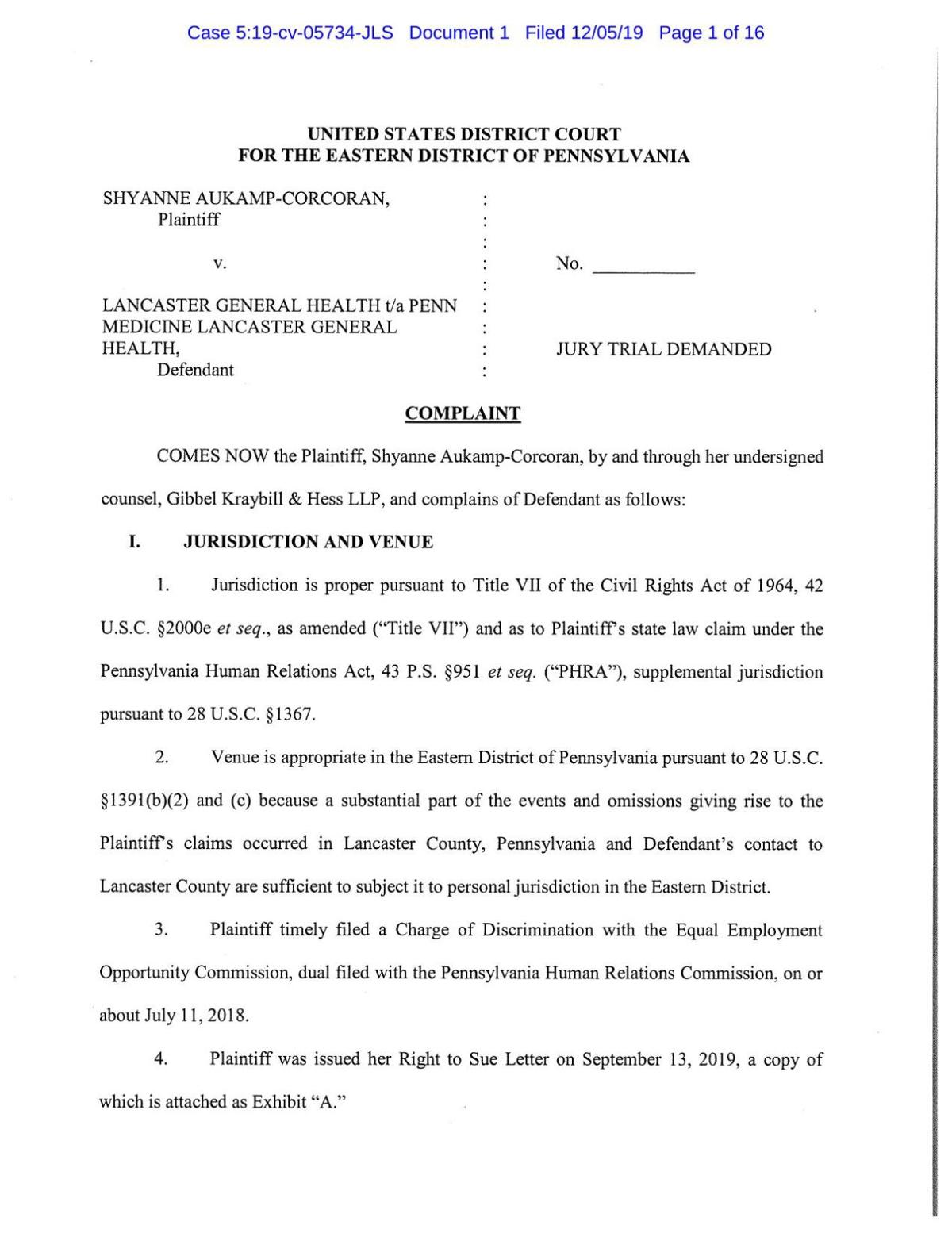 From 2011 to 2014, the number of hospitals achieving vaccination rates of at least 90 percent rose from zero to three in Lancaster County and from 44 to 120 statewide.

If parents refuse to vaccinate, some doctors ask them to seek care elsewhere

An indicator of how widespread flu is moved up to the second-highest level in the past week; last year, it didn't reach that until the middle of December.

Dreonna Breton was very concerned about her fourth pregnancy.

As of Jan. 1, the region’s largest mental and behavioral health care provider will not hire …

The Pennsylvania Department of Health does not post school-specific numbers publicly, but at LNP’s request provided four years of data on all local reporting classes — only kindergarten and seventh grade are tracked — that had at least 20 students.

Eleven more flu deaths were reported in Pennsylvania last week, bringing the season total to 24, according to the state Department of Health.