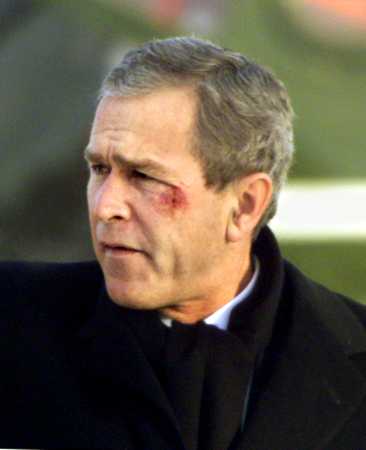 A scar on President George W. Bush's cheek is seen in this January 2002 file photo. The president injured himself when he fainted after choking on a pretzel, according to reports at the time. 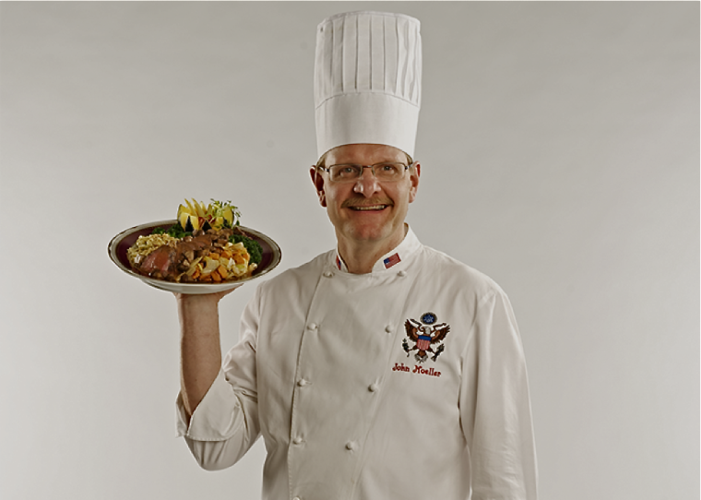 Chef John Moeller to speak at the Lititz Historical Foundation on Feb. 22 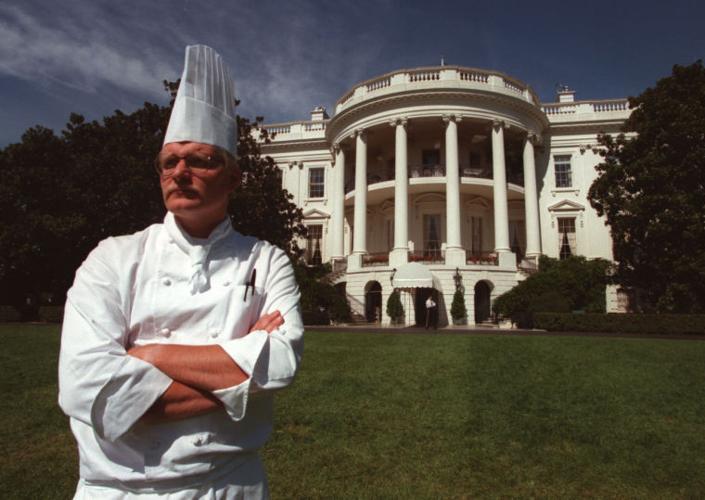 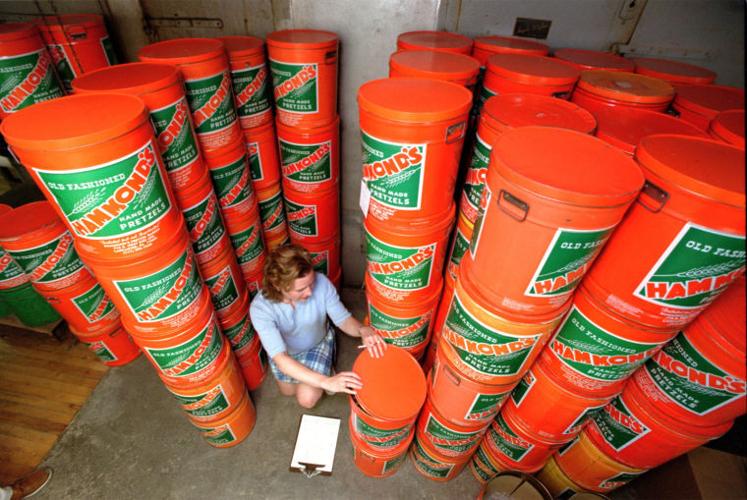 A scar on President George W. Bush's cheek is seen in this January 2002 file photo. The president injured himself when he fainted after choking on a pretzel, according to reports at the time.

Chef John Moeller to speak at the Lititz Historical Foundation on Feb. 22

Remember the pretzel that President George W. Bush choked on in 2002?

It came from Lancaster, according to city native and former White House Chef John Moeller.

Specifically, it was a handmade pretzel from Hammond Pretzel Bakery Inc. that got into the president’s windpipe as he was watching a football game on television on Sunday, Jan. 13, 2002.

The local company’s name was revealed in the media for what is believed to be the first time in a Washington Post interview with Moeller published Wednesday.

Moeller discussed the incident further with the Intelligencer Journal/New Era in an interview Wednesday afternoon.

“Thank God it didn’t bring down the presidency,” he said.

It’s interesting that the story would finally come out after all these years, said Karen Achtermann, vice president of Hammond’s.

Up to now, Moeller had always been vague about the pretzel’s origin, so “we weren’t going to say anything,” she said.

'Lancaster Made:' Take a look at behind the scenes of Hammond's Pretzel Factory

Moeller said he would pick up the pretzels himself during trips home to visit his family. He grew up on Lancaster’s west side, not far from the Hammond location on South West End Avenue.

He introduced the snacks to the White House during the Clinton administration, he said.

“I would just grab a bag and take it up to the second floor,” he said.

The Clintons’ daughter, Chelsea, loved them, he said. Hillary Clinton asked where they came from, and ended up writing a thank-you letter to the company’s owners.

But then came the choking incident.

Bush passed out briefly and fell to the floor from a couch, bruising his lip and scuffing his cheek, according to news reports at the time.

He recovered consciousness on his own within a few seconds, reports said. White House doctors checked him thoroughly and found no cause for concern.

“My mother always said ‘when you are eating pretzels, chew before you swallow,” Bush told reporters at a press conference the next day. “Listen to your mother.”

Moeller was hired as White House sous chef in 1992, toward the end of the presidency of George H.W. Bush, George W. Bush’s father.

Moeller said he had security clearance to buy food for the White House on his own. He would find fresh produce at Central Market and rural farm stands. Lancaster County corn, tomatoes, peaches and more all found their way to the White House tables.

For obvious security reasons, “nobody knew what I was doing,” Moeller said.

For the same reason, the White House did not disclose at the time where the pretzel President Bush choked on came from.

Achtermann said she and her colleagues figured from the start that Hammond’s was the source of the pretzel Bush had swallowed. Their conviction grew after hearing First Lady Laura Bush’s description of it on the Tonight Show with Jay Leno.

“We figured it had to be ours,” Achtermann said.

Moeller confirmed it to them not long afterward, as did Ken Duberstein, Ronald Reagan’s chief of staff, who is a Franklin & Marshall alumnus and a Hammond’s fan, Achtermann said.

Moeller said he wasn’t given any particular permission to disclose the Hammond connection now. He just figured enough time had passed.

He was in the running to be named to the job permanently, but was ultimately passed over in favor of Cristela Comerford, the first female White House chef. He left the White House shortly afterward.

Hammond’s continued sending pretzels to the White House, but they had to be shipped through the Park Service, a less convenient process than Moeller's hand delivery.

The orders stopped after awhile, and haven’t resumed Achtermann said.

Mayor Rick Gray arranged to have some Hammond’s pretzels sent to the White House for the Super Bowl party he and his wife attended in 2011. However, they had to go the Park Service route, and Achtermann said she’s not sure if they arrived in time.

Moeller moved back to this area in 2010. He runs a city-based catering business, State of Affairs Catering, and is promoting his book, “Dining at the White House,” released last fall. He will be speaking at 1:30 p.m. Saturday at the Lititz Public Library, an event sponsored by the Lititz Historical Foundation.

Hammond’s marked its 80th anniversary in 2011 and is on its fifth generation of family ownership. It bills itself as “the oldest continuously family operated hand-made pretzel bakery in America.”

Tim Stuhldreher is a Lancaster Newspapers staff writer who covers business and finance. He can be reached at tstuhldreher@lnpnews.com or (717) 481-6137. You can also follow@timstuhldreher on Twitter.