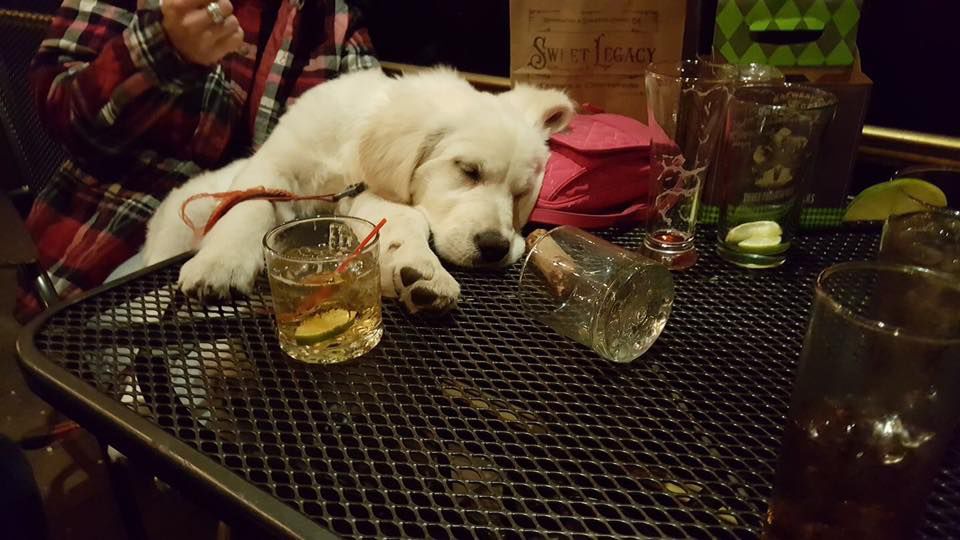 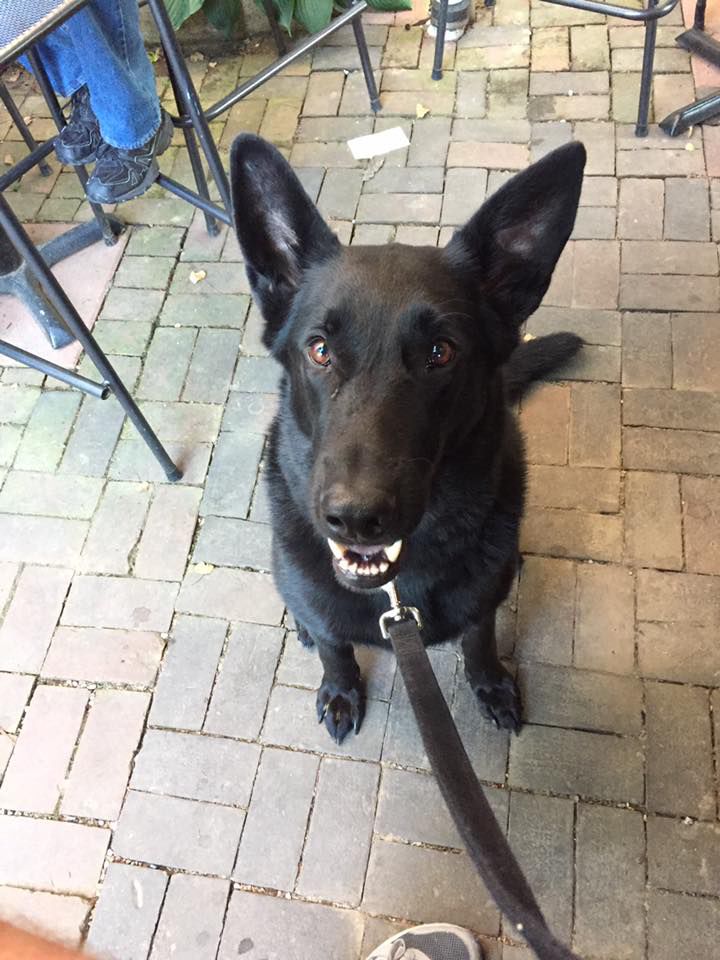 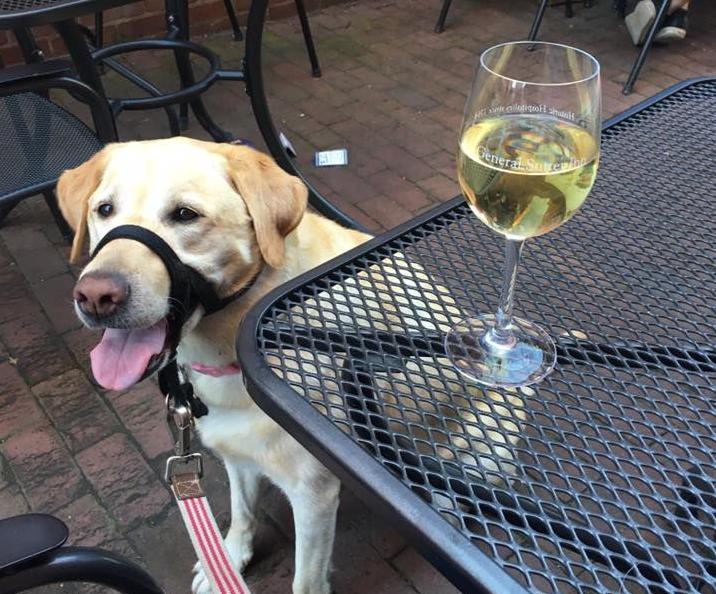 Sheila Hershey's dog sits on the patio at General Sutter Inn on Thursday, June 8, 2017, in Lititz.

General Sutter Inn and Bulls Head Public House no longer allow dogs in their patio areas after a customer complained to the Pennsylvania Department of Health.

The complaint against the adjacent Lititz establishments, both owned by David and Susan Stoudt of Lititz, was filed anonymously June 7 and was sent to the state Department of Agriculture.

The agriculture department inspected the inn on June 8, the same day the inn hosted an event titled The Dog Days of Summer Love on its patio.

"Diners are encouraged to bring their dogs out for the evening," the inn posted on a Facebook events page.

On June 9, Bulls Head Public House and the General Sutter Inn informed the public through Facebook posts that dogs and other pets are no longer allowed on the patio there and at the inn.

"This past week, a customer filed a formal complaint with the Pennsylvania Department of Health regarding dogs on patio at the Bulls Head and Sutter," the post says. "The DOH informed us that if dogs are permitted on the patio where food is served, we will be found noncompliant and will not pass inspection.

" ... We love our four legged friends, and have long been a dog-friendly establishment, but this is an unfortunate circumstance that is beyond our control," the post continues.

In the comments section of its Facebook post, Bulls Head said the ban does not apply to service dogs.

"Service dogs are protected by the (Americans with Disabilities Act) and are welcome at the Bulls Head and General Sutter Inn," the post says.

Emotional support, therapy, comfort or companion animals are not considered service dogs, according to the ADA .

However, Pennsylvania law uses the term “guide or support animal” instead of “service animal.”

It is up to the individual business owner to decide whether or not to extend services to emotional support dogs depending on their interpretation of the law, according to the state Department of Agriculture.

In its report (available below), the state Department of Agriculture found the inn to be in compliance.

The only negative mark the inn received was in the "Prevention of Food Contamination" section, where the state agency found the inn to be out of compliance for "insects, rodents & animals not present."

The issue was corrected on site, according to the report.

The inspection was completed at 1:45 p.m.

In the comments section of the report, it was noted that the inn "is permitting customers nonservice dogs to be present on patio, among diners, where sit-down, waiter service is provided."

According to the report, the inn confirmed the complaint but said it was unaware nonservice animals are not allowed there or anywhere food is served.

The inn was given material explaining regulations, according to the report.

Dogs are only allowed to be in the dining area under a few circumstances.

If there is a separate dining area just for those bringing their dogs staffed with separate servers, then it would be permitted, according to the state Department of Agriculture.

Servers cannot travel back and forth between the two areas.

“Service animals can be in a restaurant, but never in food preparation areas,” said Shannon Powers, deputy communications director for the state Department of Agriculture.

The General Sutter Inn remains dog-friendly, as dogs are allowed in the inn’s lobby and two designated pet-friendly rooms.

A Bulls Head employee who answered the phone Tuesday expressed disappointment with the fact that dogs are no longer permitted there.

In a statement Wednesday, General Sutter general manager Brant Dunlap said, "we would love to do another dog-friendly event on the patio, while remaining in total compliance with the Department of Health's regulations.”

He said he consulted with the state Department of Health, "and it's entirely feasible to maintain DOH regulations while still accommodating a dog-friendly event by making a few adjustments to our service procedures specifically during the event."

The majority of people who left comments under Bulls Head's and the General Sutter Inn's Facebook posts sympathized with them.

"Wow, that's crazy," one person wrote. "We have always loved bringing our dog Molly with us and have never minded other dogs. Sorry you guys have to make this decision!"

"This has been really hard on the team," Bulls Head replied.

Another person wrote, "Thank you for allowing us to hang with our furry friends as long as you did. Shame some people have to ruin it for everyone else."

David and Susan Stoudt, of Lititz, own the General Sutter Inn and Bulls Head Public House in Lititz. An earlier version of this article did not include their names.

After General Sutter Inn closes patio to pets, public weighs in on dogs and dining