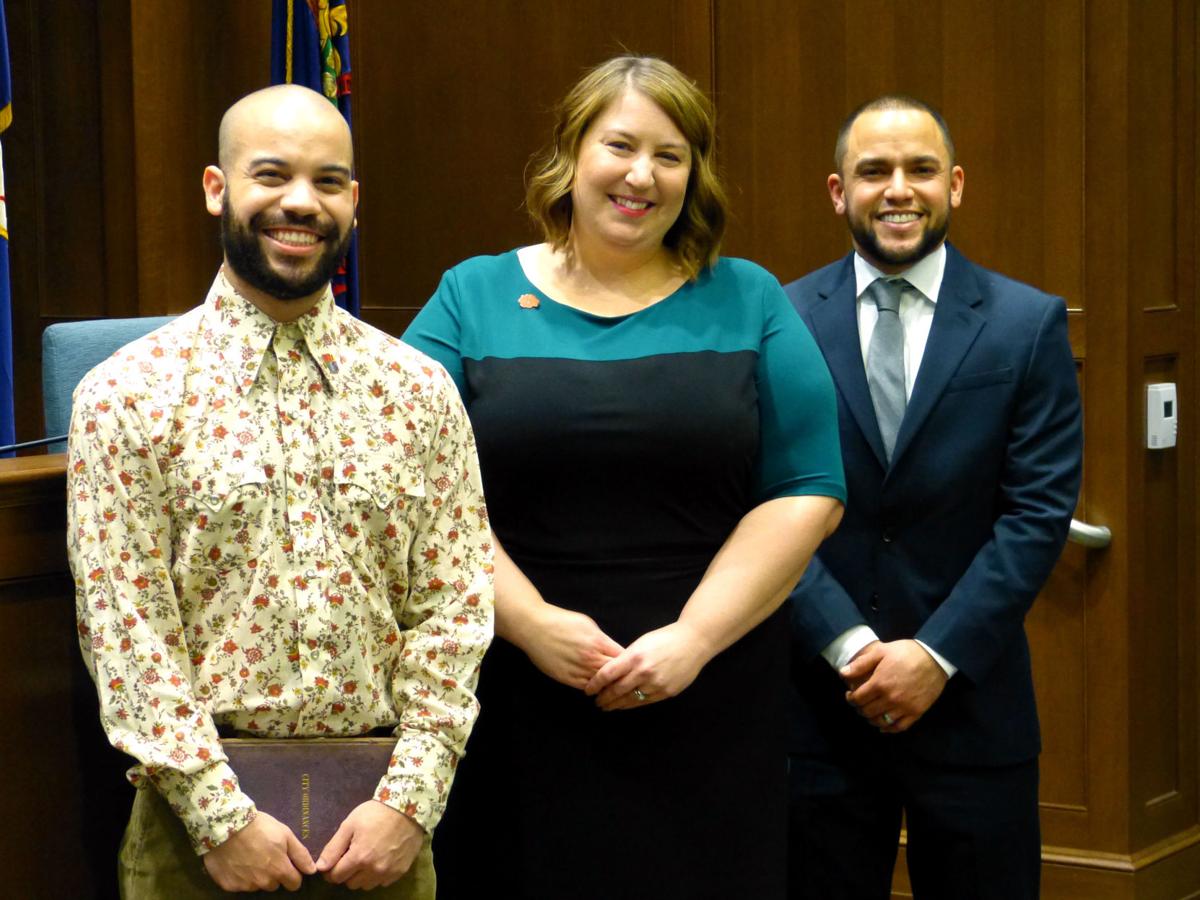 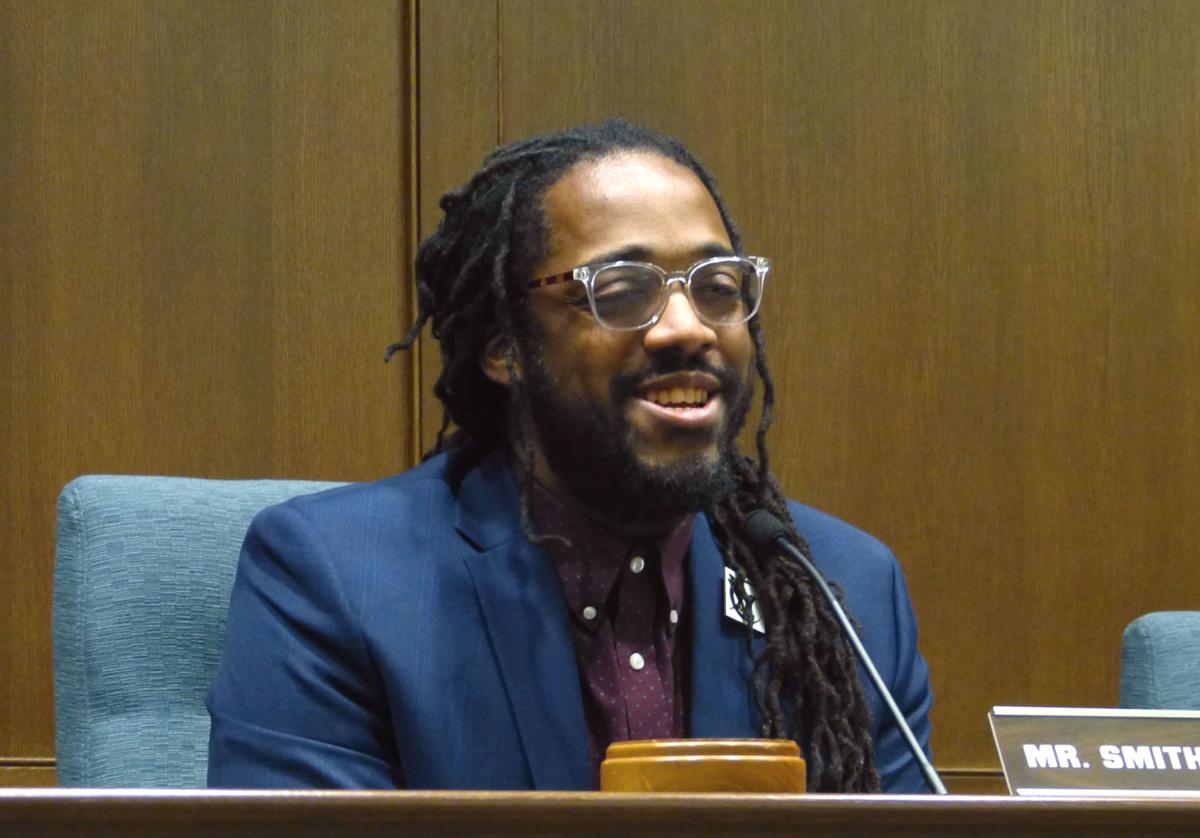 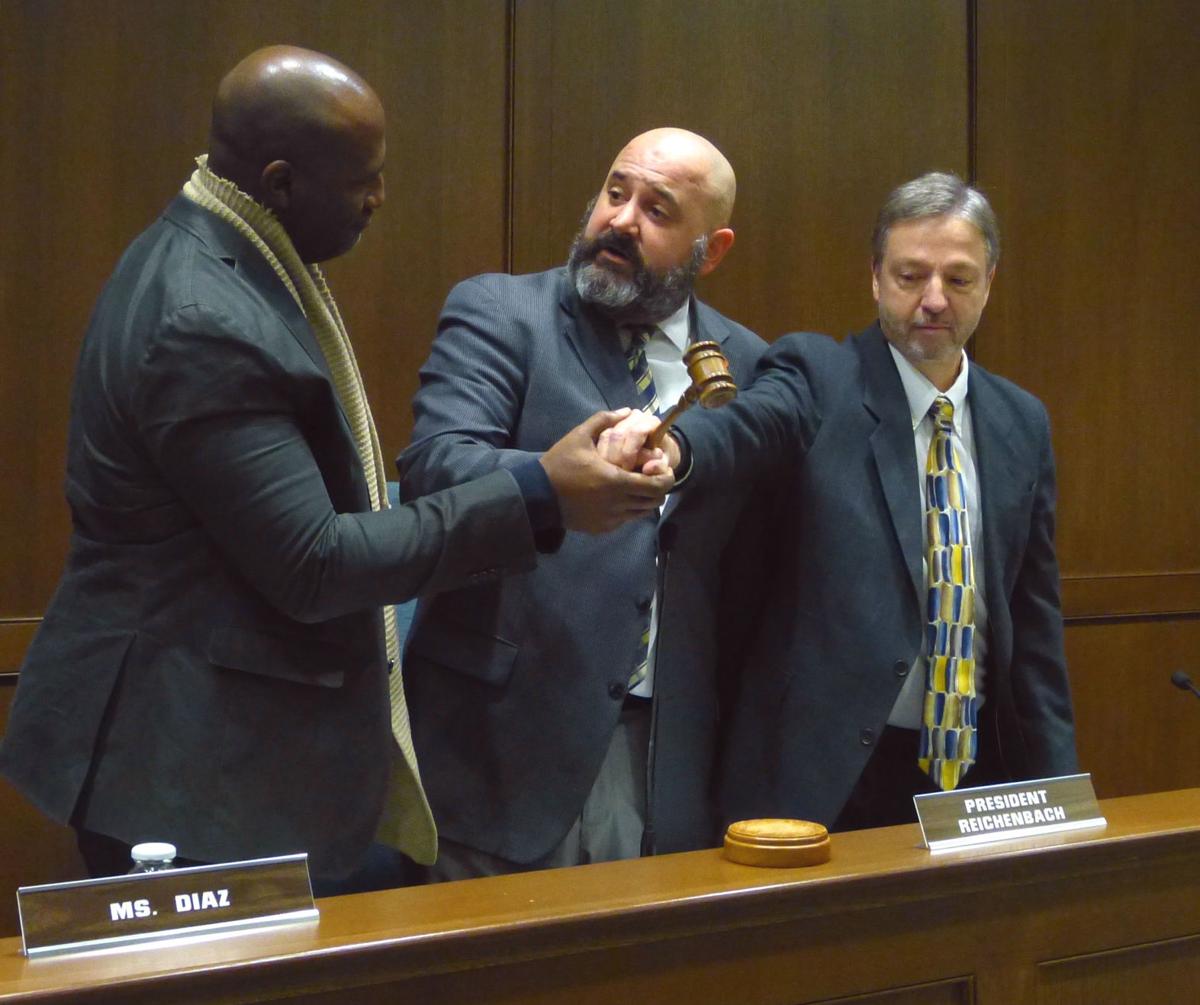 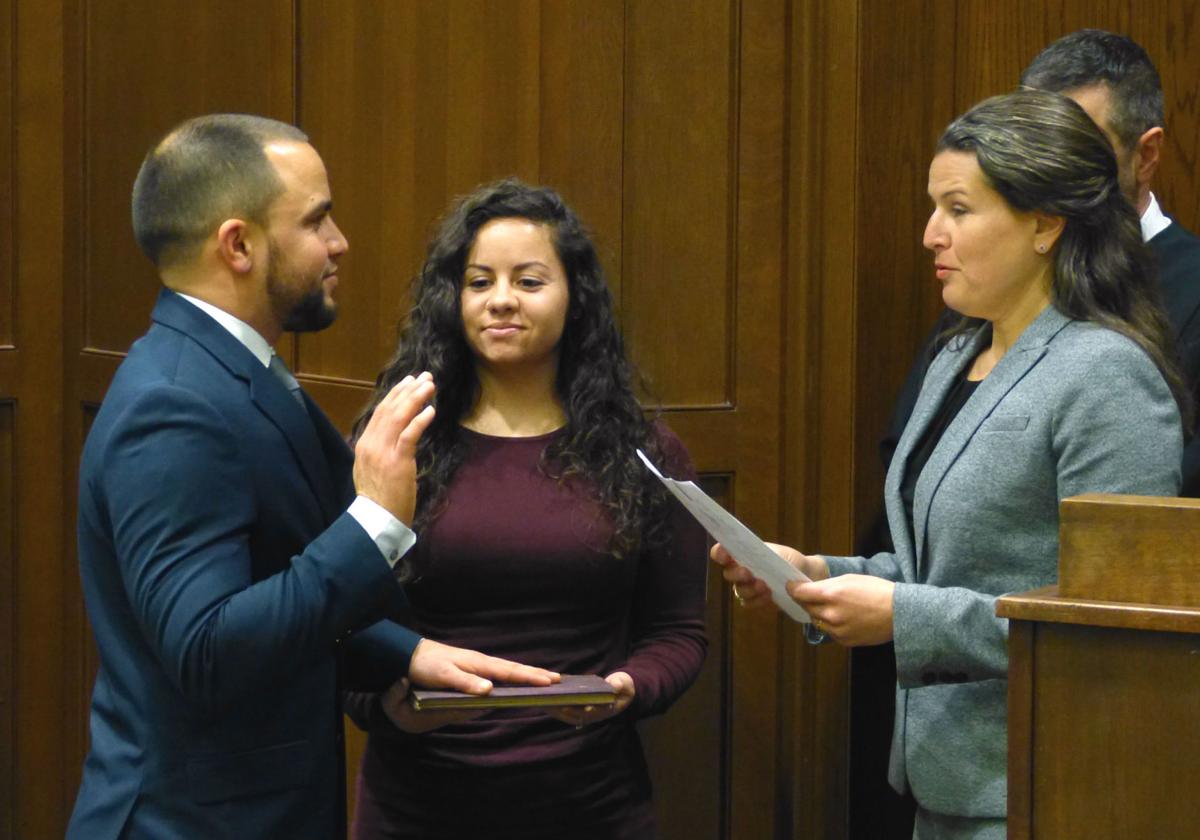 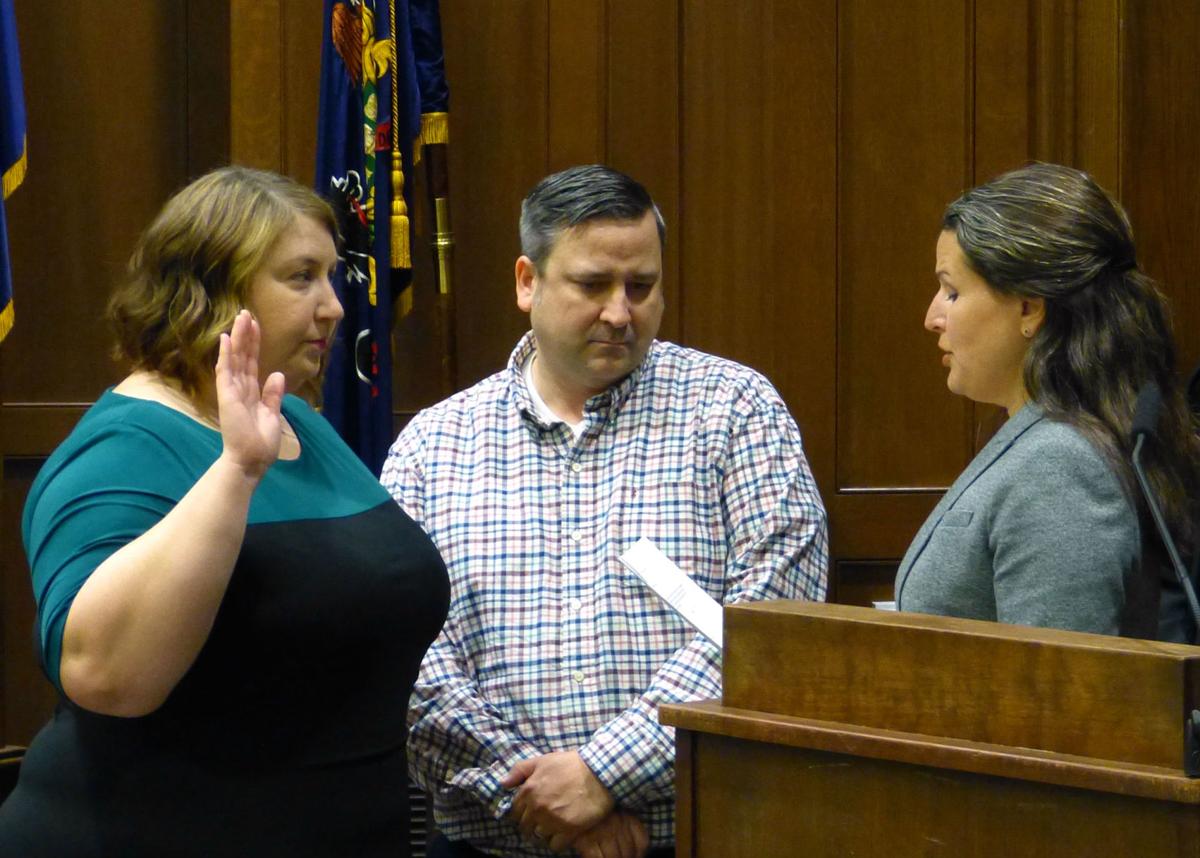 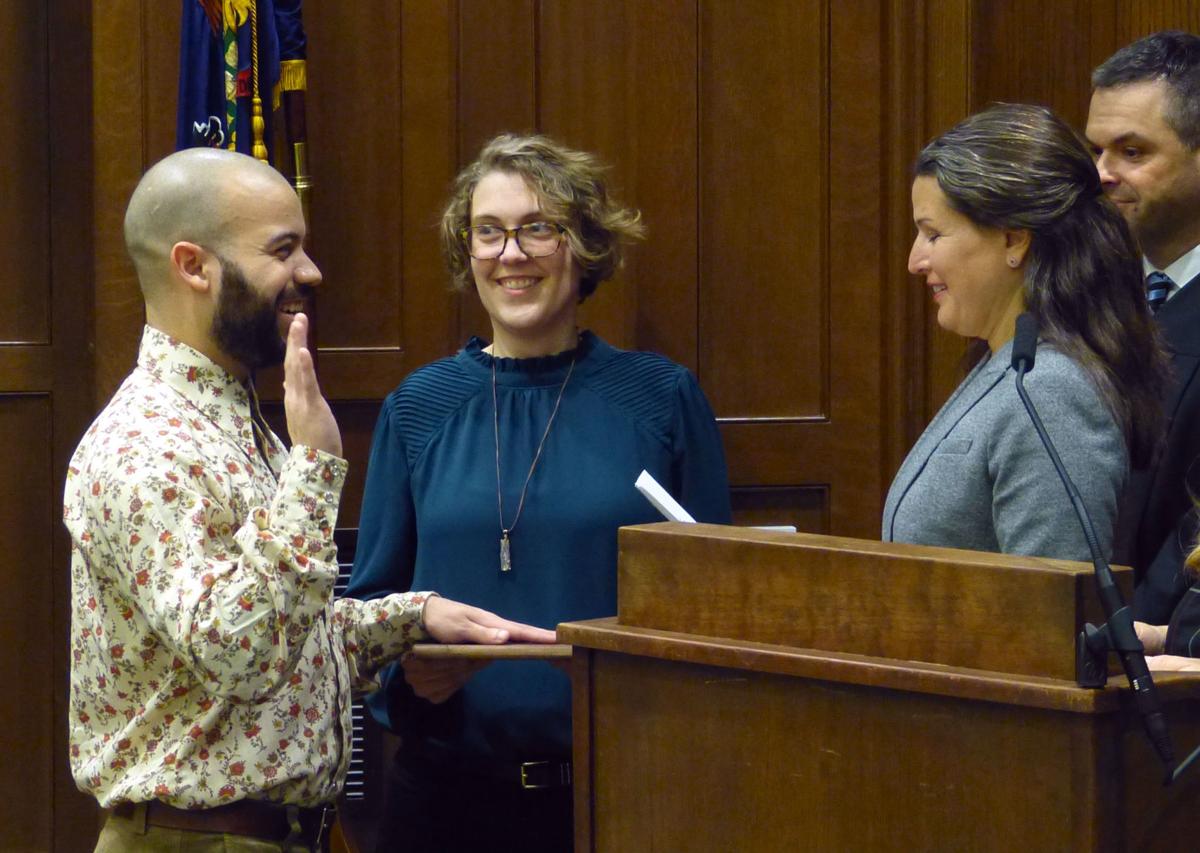 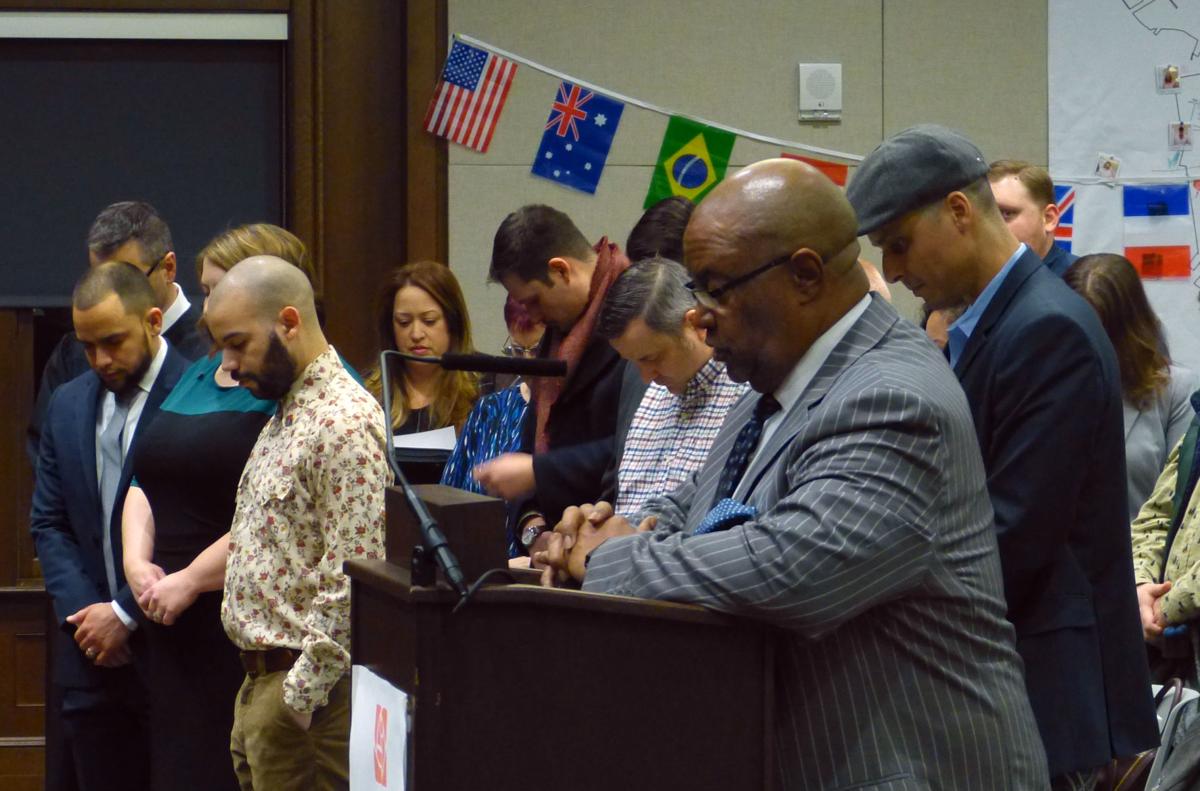 On Monday, moments after Mayor Danene Sorace administered the oath of office to incoming first-term City Council members Jaime Arroyo, Amanda Bakay and Xavier Garcia-Molina, she said Lancaster is fortunate in having “this kind of youthful energy coming into our midst.”

Millennial moment: In 2020, City Council will welcome 3 newcomers under age 40

Bakay is the oldest, at age 36. Arroyo and Garcia-Molina, both Latino, are 31 and 25, respectively. The three are role models, Sorace said, noting that other Pennsylvania cities suffer from a lack of civic engagement on the part of their younger generations.

With the three new members seated, council then completed its first order of business, electing a president: Ismail Smith-Wade-El.

The vote was 6-0, with Smith-Wade-El abstaining. Initially, Councilwoman Janet Diaz nominated Pete Soto, but there was no second.

All three were praised, with particular appreciation shown for Graupera, who served a total of four terms.

Bakay said she, Arroyo and Garcia-Molina are dedicated to making Lancaster better for the long term.

“We did not ever think that we would see a City Council this young, and this diverse, but here we are,” Garcia-Molina said. “I think that's an opportunity we should be proud of.”

Smith-Wade-El, 30, called on the newcomers and the rest of council to work on behalf of the thousands of ordinary residents who, without fanfare or publicity, quietly do their part to make Lancaster better.

He advised them not to shy away from conflict.

“Conflict is the nature of what we do,” he said. “If we all agree, we'll get nothing done.”