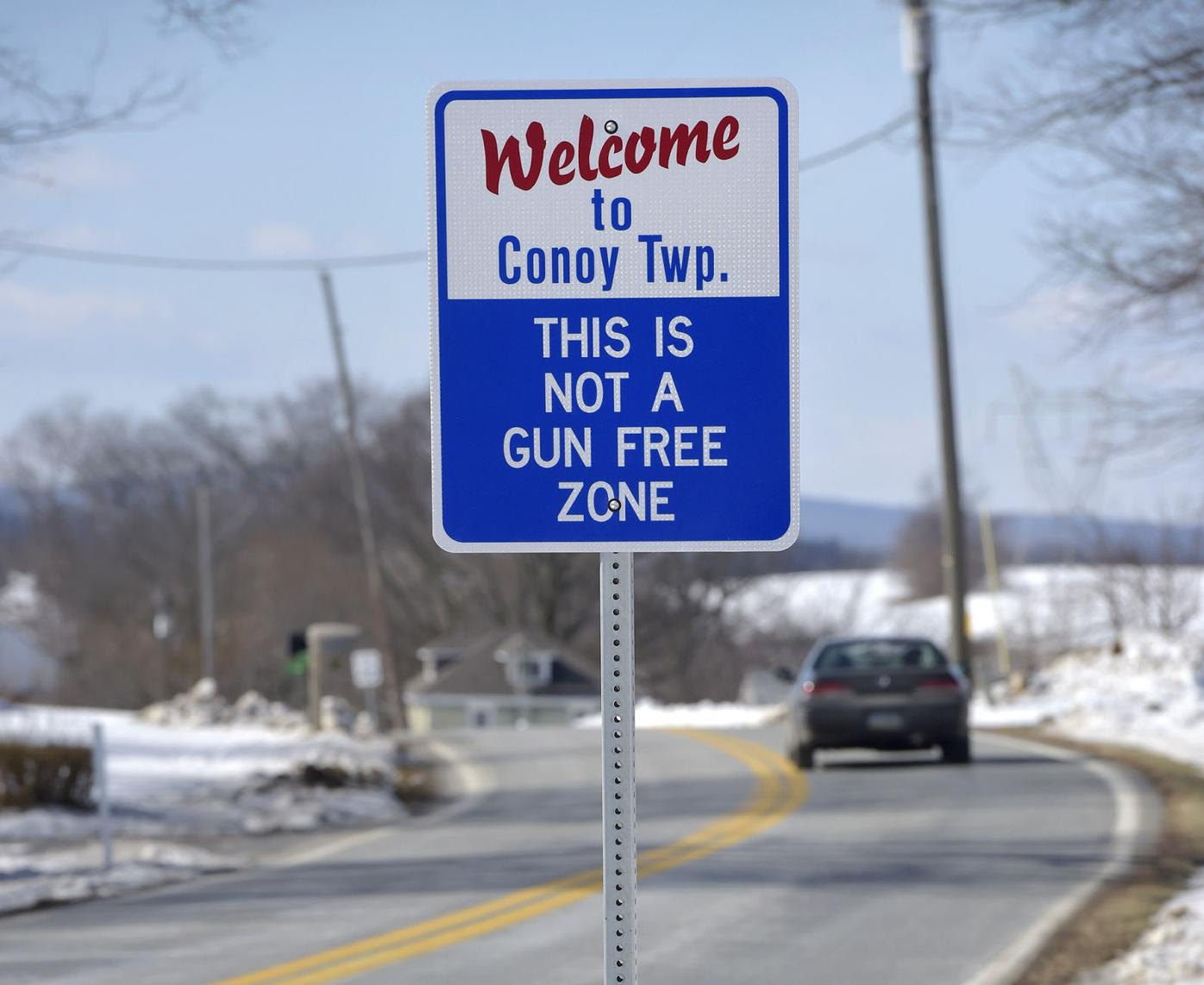 Signs around Conoy Township declare that it is not a gun-free zone. Now the northwest Lancaster County municipality is seeking to become a Second Amendment sanctuary. 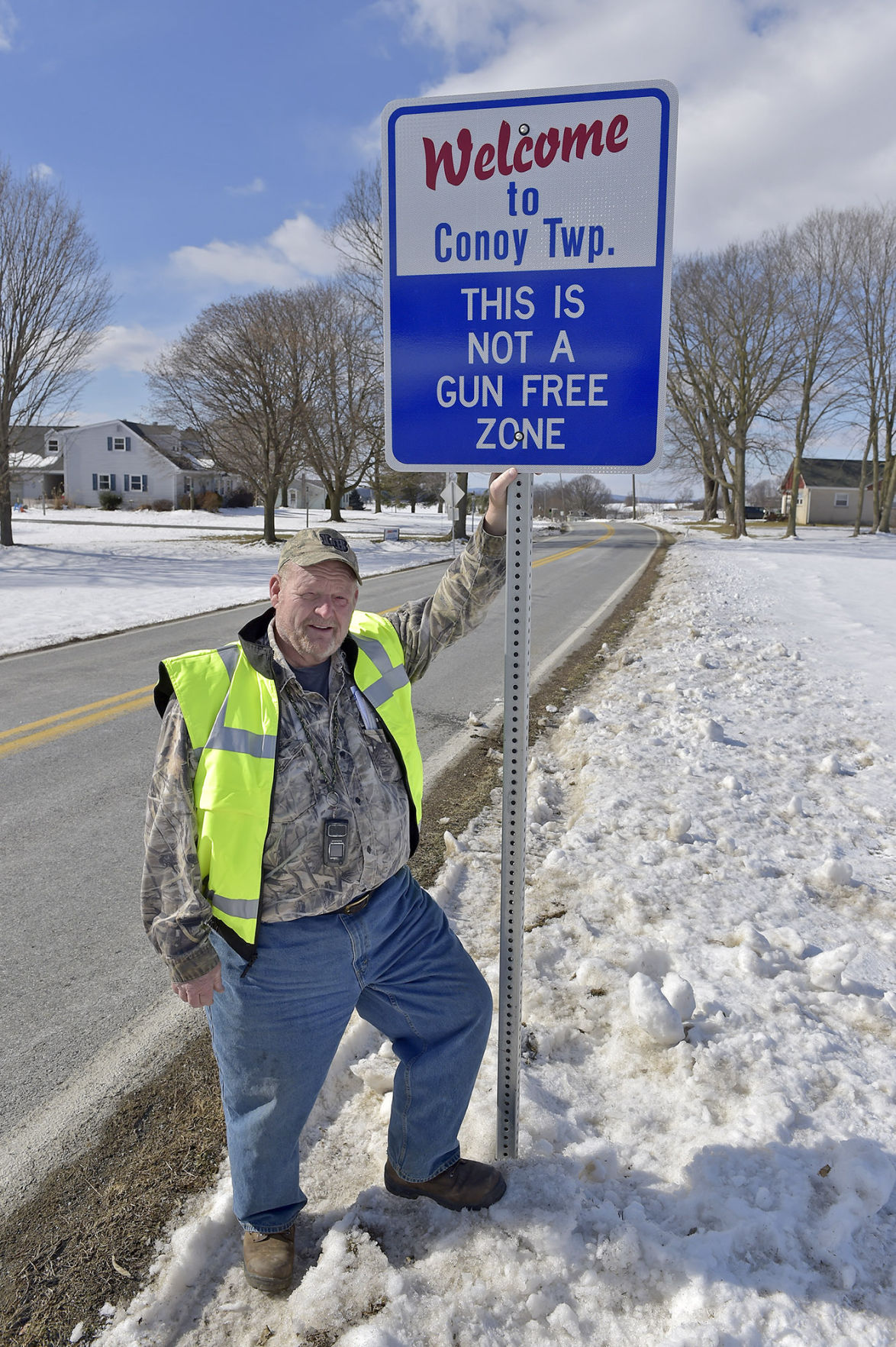 Signs around Conoy Township declare that it is not a gun-free zone. Now the northwest Lancaster County municipality is seeking to become a Second Amendment sanctuary.

Conoy Township has a message for criminals who might be thinking about preying on its residents: This is not a gun-free zone.

And that’s exactly what visitors will see once all the signs are securely in place along every road leading into the township.

Four of the signs have been posted. Twelve more are scheduled to go up over the next few weeks.

Stephen Mohr, a Conoy Township supervisor and lifetime member of the National Rifle Association, said the signs cost about $500 for all 16.

Mohr said the feedback so far has been positive.

“You have to realize that to most people in this township God, guns, family and friends are the four most important things,” he said.

But he acknowledges there will probably be critics.

Deb Garber and April Ellis are two of them.

The women, who were dining Thursday afternoon at Little Italy Italian Restaurant in Bainbridge, said the signs are not a good idea.

"I think it gives the area a feeling that I'm not sure the people want to convey," said Garber of West Donegal Township, who often hikes the Northwest Lancaster County Trail through the township. "Knowing guns are around doesn't make me feel any safer."

"It's fine with me if people have guns but I don't think it needs to be advertised," added Ellis of East Donegal Township.

Mohr said he came up with the idea and township supervisors unanimously approved the decision to create and post the signs last fall.

“Over the last six months we’ve seen more and more home invasions and petty crime, so we thought these signs would show people we take pride in what we own,” he said.

Elizabethtown resident Bill Back, who shared he has a concealed weapons permit, supports the message Mohr and the other supervisors are trying to send. But said he isn't sure the signs will result in any real change.

"I personally don't think it will deter someone. People don't read those signs," he said.

"It could be something that makes people think again," he said.

Every time Stephen Mohr bought a pickup, his wife would cringe as he drilled holes into the brand-new vehicle so he could hang his gun rack.