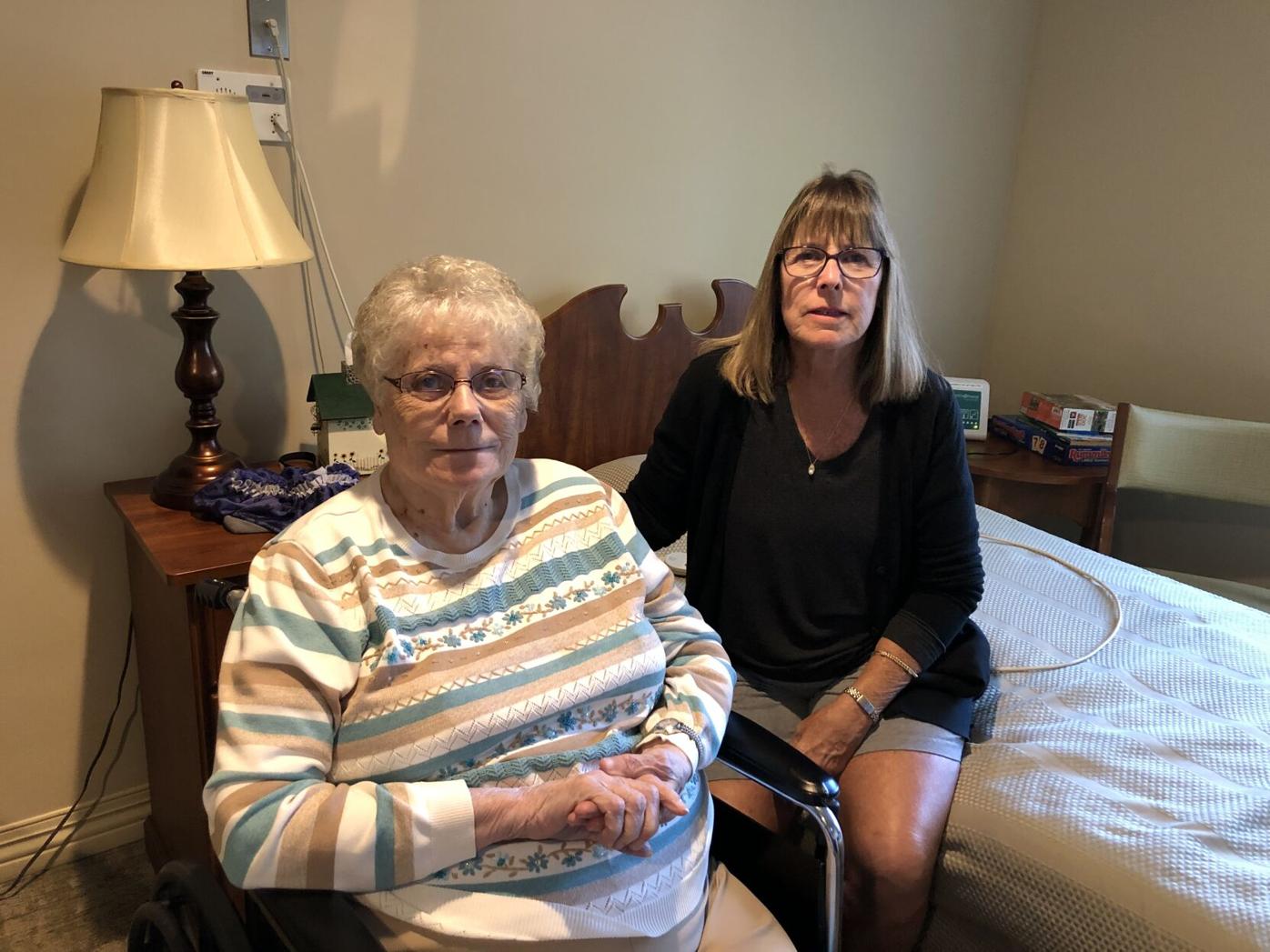 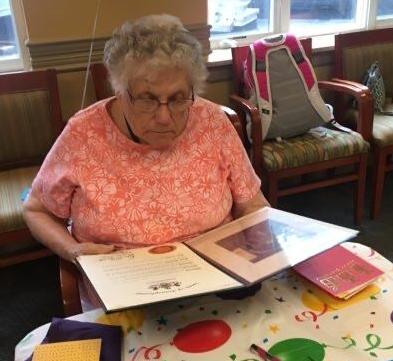 Jean Slaymaker and Rebecca Ericson watched helplessly as the COVID-19 cases in their mother’s nursing home increased each week.

COVID-19 swept through the 106-bed campus — on April 21, the facility had 15 confirmed or presumed resident cases and 13 staff members had tested positive. Three days later, on April 24, the first two residents died of “COVID-19 related complications.” Less than a month later, on May 15, 28 of the 44 total residents who had been infected had died. Thirty-two employees had been infected at the campus, which consists of skill nursing, assisted living and independent living care.

All deaths were in the facility’s skilled nursing building – two residents in the independent living building were infected by the virus and recovered.

Conestoga View has the most COVID-19 nursing home deaths in the state: what went wrong?

Around mid-May, COVID cases at the facility started to plateau. Luther Acres reported no deaths for about two weeks in May, Ericson said and facility updates showed.

The glimmer of hope offered by the plateauing case levels came to an abrupt end for the sisters on June 2. Their mother, Reba Weit, 91, died of COVID-19 related complications. She was the facility’s 29th and last resident to die of the virus to date.

Lancaster County is home to 32 nursing homes, one of which has accumulated the highest number of deaths in the state: Conestoga View, one of the county’s poorest and lowest rated facility, which has had 78 deaths from the virus in the 446-bed building and a 1-star rating.

But when analyzed by percentage of deaths per resident beds, four of Lancaster County's smaller, top-rated nursing homes have been the hardest hit by the virus. Each has lost nearly a fourth of their residents to the novel coronavirus since outbreaks began.

Luther Acres, a 5-star rated facility with 106 licensed resident beds, lost 29 people, or 27% of its residents — the highest percentage in the county.

The smaller nursing homes — Luther Acres, Homestead Village with 60 beds, Hamilton Arms in Lancaster city with 94 beds and Mount Hope Nazarene in Manheim with 50 beds — have lost between 27% and 22% of their residents in COVID-related deaths. All four homes have Medicare ratings of 4 or 5 stars.. (Lincoln Christian Home, a personal care home, has had a 24% death rate with 15 deaths. This story is focused on nursing homes.)

The Centers for Medicare & Medicaid rates a facility based off its state health inspections, staffing levels and other quality measures. A 5-star rating is the highest possible ranking, meaning these facilities are considered excellent by the federal government.

The Lancaster County coroner’s office has reported that 318 of the 381 people who died of COVID-19 in the county were nursing home residents, as of July 28.

When the pandemic hit Pennsylvania, nursing homes became the epicenter of a growing death toll. With personal protective equipment (PPE) — N95 masks, gowns and gloves — in short supply and increasingly high demand, many facilities found themselves struggling to make their stockpiles stretch.

“Frequently, we would get within a day to half a day of running out of a certain supply of gowns, then PEMA and FEMA would show up with a shipment of them,” said Craig Shelly, executive director of Luther Acres.

To make the supplies last, the facility had to use conservation tactics, Shelly said. For example, staff would use the same gowns to treat patients who were already infected, making an effort not to cross contaminate.

Douglas Motter, president of Homestead Village, said that his staff took several early precautionary measures to limit the spread of the virus — staff limited their movement between care areas, did temperature checks and daily health screening. However, because of shortages, new masks were only issued weekly.

At Mount Hope Nazarene, a church-based mission serving the low-income population, acquiring PPE became a full-time job for administrator and self-titled PPE-procurement extraordinaire Michele Tornabe. Despite getting less than $100 from Centers for Medicare & Medicaid Services per day per resident, the facility was forced to pay quadruple for some supplies. At one time, a supplier was charging $18,000 for 2,000 disposable gowns, Tornabe said.

Some residents and their loved ones thought that a facility’s higher Medicare star rating could protect them from the virus, but nursing home administrators have pushed back on the idea that the virus was stalled by higher marks.

Slaymaker and Ericson, whose mother died June 2 at Luther Acres, said they believed their mother was in a better position to face the virus because of the home’s higher rating and her individual room.

But, when Ericson had her usual Skype call with her mother on May 20, she became alarmed by how lethargic she seemed. Her mother was tested for COVID-19 the next day.

“It took five days to get a response,” Slaymaker said in a joint interview over the Zoom video-calling platform with Ericson in late June. Slaymaker lives in Lancaster County; Ericson lives in Naples, Florida.

On May 25, Slaymaker sent a frantic email to the facility’s administrators.

“We Skyped an extra time at 2:00 today with our Mother, and it certainly did not make us feel any better,” Slaymaker wrote, explaining her mother seemed lethargic even though she could talk the week before.

The next day, their mother’s test results came back positive.

A week later, she was dead.

The sisters believe their mother contracted the virus when a staff member brought it into the facility as the outbreak there was subsiding. In an email on June 1, Shelly, the executive director agreed.

“Unfortunately, we agree that it was likely a staff member that brought in the virus,” he wrote, noting that 30-40% of those who are infected remain asymptomatic and would not be caught despite vigilant screenings.

At a different nursing home facility, a doctor explained various reasons for the spread of the virus, even in higher-rated facilities.

“Unfortunately, though, this virus does not discriminate between 5-star and 1-star centers and has impacted facilities across the spectrum,” said Dr. Richard Feifer, the chief medical officer for Hamilton Arms.

Feifer noted new research from Harvard and Brown universities, which reveals the two key factors that determine whether the virus can get into a facility and spread: size and location. The bigger it is, the more traffic comes in and out, no matter the number of restrictions in place. Second, high-density areas heavily affected by COVID-19 have greater chances of spread into the homes.

Nancy Nissly, whose oldest sister died in Hamilton Arms from COVID-19 on April 18, said she intended to join a class-action lawsuit against the Department of Health for its mismanagement of the coronavirus pandemic.

Her sister was in a room with three other women. One woman became sick and was sent to the hospital for coronavirus testing, Nissly said. While they awaited the results, the woman was returned to the same room.

On March 18, the state Department of Health issued guidance to nursing homes that required nursing homes to “continue to accept new admissions and receive readmissions for current residents who have been discharged from the hospital who are stable,” including those who have had COVID-19, according to the letter.

This order was issued to alleviate the “burden” on hospitals, according to the order, but hospitals in Lancaster County and across Pennsylvania were never overwhelmed. Guidance continued to change, nursing home representatives said.

Because of this directive, Nissly said her family believes her sister’s death was unnecessary. “She was not taken care of,” Nissly said in May. “I don’t necessarily blame the nursing home as much as the government.”

Her sister had three underlying conditions that were all under control, until her roommate was returned to the room and she contracted the virus, Nissly said.

“She was a sweet lady; she was kind; she never hurt a fly and didn’t deserve this,” Nissly added. “I would still have her today. I know she died meaninglessly.”

According to the most recent state data, 49 staff members at Luther Acres, 31 at Hamilton Arms, 24 at Homestead Village and 11 Mount Hope Nazarene have been infected by the virus. The data is self-reported to the state by facilities, as of July 28.

Staffing shortages have been challenging during the pandemic, administrators said, because of employees getting sick.

“Hundreds if not thousands of staff work days have been lost due illness or quarantine to rule out the virus,” said Motter, of Homestead Village. “It is hard for someone who does not work in healthcare to understand how difficult it is to operate a 24 hour a day, 7 day a week operation in this situation. Through it all our team members always volunteered to work - sometimes long stretches - to make sure our residents were cared for.”

To ease the burden, the Centers for Medicare and Medicaid Services waived federal requirements and amended training so long-term care facilities could recruit temporary nurses’ aides during the pandemic, said Zach Shamberg, president and CEO of the Pennsylvania Health Care Association.

According to the association, more than 2,300 Pennsylvanians have taken the training program.

Shamberg believes the challenges for nursing homes are not over.

“Testing is still very much an issue,” he said. In addition, his association is advocating for the nurse's aid program to be extended past the emergency declaration because “this sector does need more support.”

“It was heartbreaking to watch loved residents pass away; but we have been overjoyed that 31 residents have recovered from the virus,” Motter said. “That aspect has not been talked about enough. Nursing home residents recover!”

Rounds of mandated universal testing by the state and increased access to testing, has made it easier to know who is infected and quarantine them, Shelly said.

On Tuesday, state health Secretary Rachel Levine announced that 100% of nursing homes in the state had completed universal testing.

“This was an essential step to ensure that we further protect residents and staff within these communities,” Levine said. Completing the testing also means facilities are a step closer to having safe visitations, communal dining and activities, she said.

Three communities in Lancaster – Landis Homes, Brethren Village and Moravian Manor – have confirmed that they have met requirements, or are on track to, and will begin allowing some in-person visitations.

In addition to testing, finding and retaining PPE and clear cohorting guidelines from the state have been beneficial in stopping the spread, Shelly said.

The most impactful assistance Mt. Hope Nazarene received was from Lancaster County Emergency Management, which paid for the first round of universal testing, completed cleaning and sanitizing of the facility and helped acquire PPE, Tornabe said.

However, the emotional toll the pandemic has taken on long-term care communities has been difficult.

Residents haven’t had personal interactions with their families for months, family members have lost loved ones and staff have also been impacted, Shelly said.

Family responses have “run the gamut,” he said, from those thankful for the facility’s work to others who are still struggling with their loved one’s death.

“Feeling for those who lost loved ones in which we weren’t able to prevent that,” Shelly said. “It feels terrible.”

This story is part of continuing coverage of the devastation of nursing homes and care facilities in Lancaster County due to COVID-19. If you are a health care worker, resident or loved one of someone in a facility please reach out to news@lnpnews.com.

Lancaster County is home to 32 nursing homes, one of which has accumulated the highest number of deaths in the state; Conestoga View.

A West Earl Township retirement community has recorded its first COVID-19 deaths, according to the Lancaster County coroner’s office.

Statewide, the health department shows long-term care homes have had 20,444 COVID-19 cases among residents and 4,261 in staffers. In Lancaster County, it shows those figures are 1,276 and 353, respectively.

2 more Lancaster County municipalities report first COVID-19 deaths; here are the 38 where lives have been lost so far