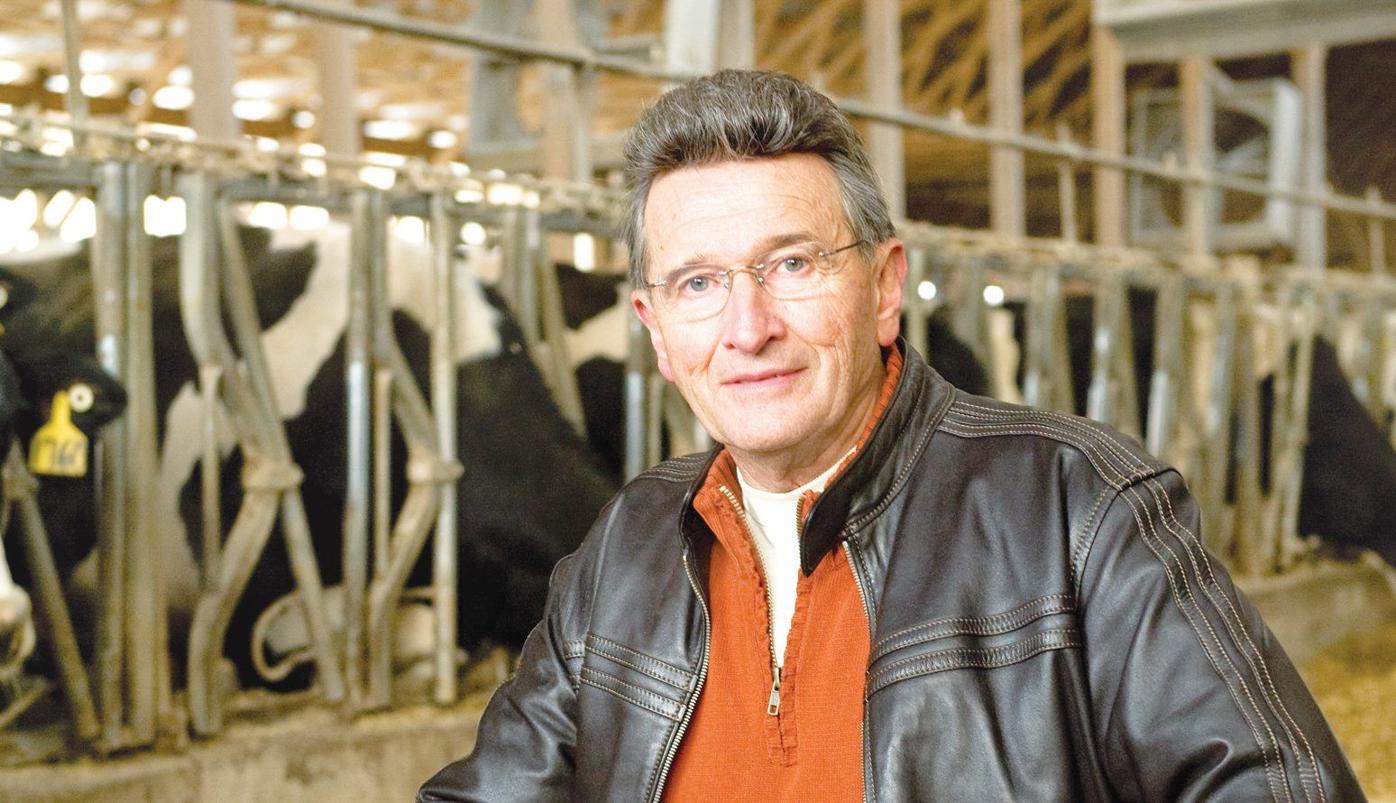 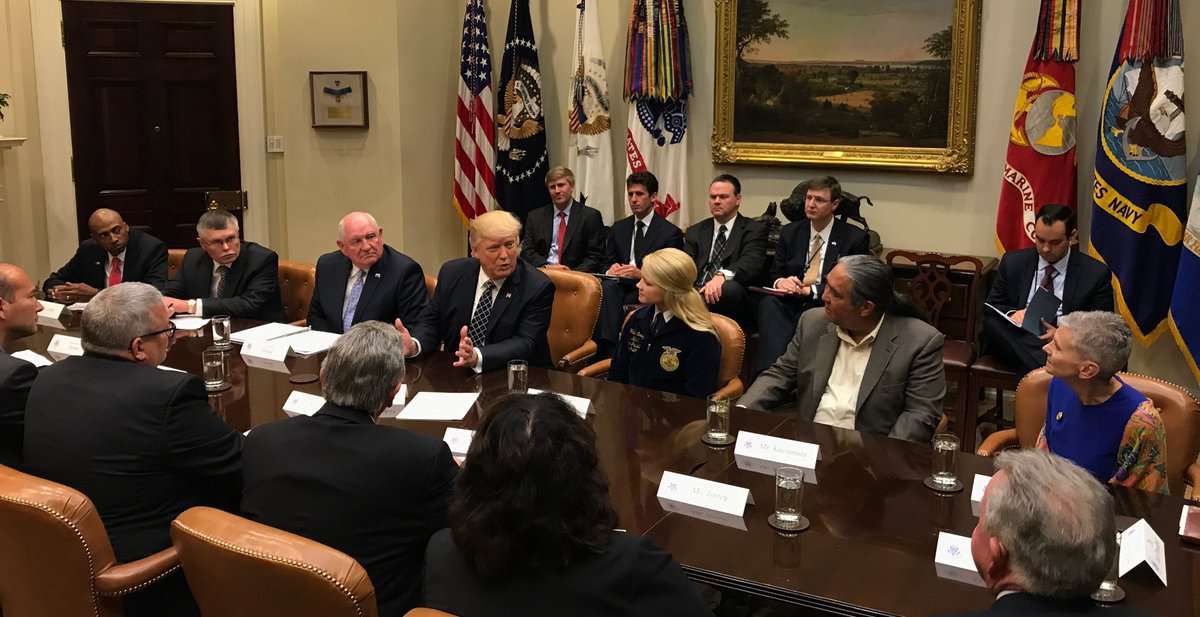 A Mount Joy farmer was one of 14 agriculture leaders from around the country who sat down with President Trump on Tuesday for a "Farmers Roundtable" at the White House.

Luke Brubaker said he had “a man-to-man talk” with Trump, driving home agriculture’s reliance on immigrant essential workers to put food on the table of Americans.

The farmers ranged from Brubaker’s background in dairy farming to produce farmers, ranchers and tree nursery owners. Also at the table were Vice President Mike Pence and U.S. Agriculture Secretary Sonny Perdue, in his first day on the job.

The farmers were urged to speak their minds, and Brubaker, who faced the president directly across a large wooden table, complied.

“I said, Mr. President, we have essential workers here in our state and we have trouble with immigration officers checking them out and even taking documented workers. It’s a problem of people in our state and out of state," Brubaker said.

“I said, ‘We can’t have this happening that they are taking our workers away from us.’ ”

To illustrate many farmers’ reliance on migrant workers, the owner of Brubaker Farms in Mount Joy told of a large poultry farmer in Lancaster County who only two weeks ago hired a group of local workers through a local temp agency to round up chickens for transport to another location.

“In about three hours, they quit working because all but one didn’t want to catch chickens. And they were paid well with benefits,” Brubaker told the president.

“Most domestic people don’t want to catch chickens or pick apples or things like that,” Brubaker said.

In response, the president said, “We need to fix this,” according to Brubaker. Then, the president turned to Perdue and said, “Make this happen or fix this.”

"I said, Mr. President, we have essential workers here in our state and we have trouble with immigration officers checking them out and even taking documented workers. It’s a problem of people in our state and out of state."

Other ag industry members at the table complained of Canada’s new dairy policies that have shut out milk produced from farmers in Wisconsin and New York.

Afterward, the president signed an executive order that establishes an Interagency Task Force on Agriculture and Rural Prosperity.

The mission of the initiative “is to promote economic development and revitalization, job growth, infrastructure, innovation and quality of life issues for rural America.”

As he has in recent weeks with other agencies, Trump’s executive order promises to look at “regulatory burdens” currently in place that “encumber agricultural production, constrain economic growth, hamper job creation, or increase the food for Americans and our customers around the world.”

Trump and his appointees have been critical, for example, of new definitions of protected wetlands that agriculture has railed against.

The task force also is to look at “conservation requirements beyond what is provided in law” and scrutinize food safety laws that don’t recognize the unique nature of farming.

Brubaker, who is patriarch of the family-owned and operated Brubaker Farms, said he isn’t quite sure how he got picked to be among the small group representing American farming.

In October, during the presidential campaign, Pence had scheduled a rally at Brubaker Farms. But it was canceled at the last minute.

Brubaker also is chairman of the Pennsylvania Milk Marketing Board.

Before he went to Washington, Brubaker said he hurriedly checked in with state ag officials, the Pennsylvania Farm Bureau, dairy organizations and others to gauge concerns.

Brubaker called the roundtable event a “very, very worthwhile meeting and I believe the president is taking to heart what was said at the table.”