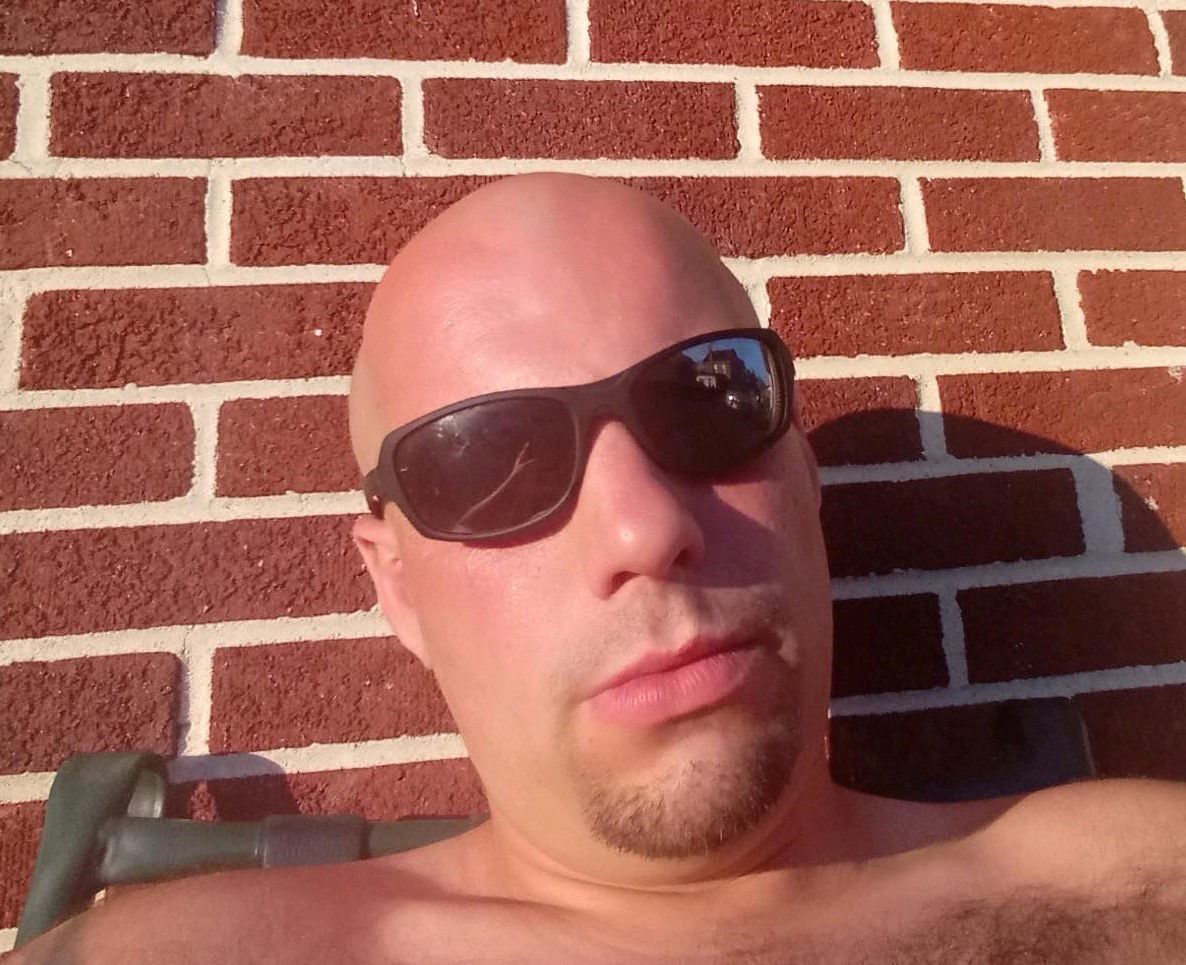 Gregory Hall Jr., shown in this undated photo, submitted by his mother, Jennifer Decesare, on Tuesday, Oct. 22, 2019. Hall, 28, is charged with stabbing his girlfriend and a man who tried to help her before turning the knife on himself in East Earl Township on Saturday, Oct. 19, 2019, according to police. 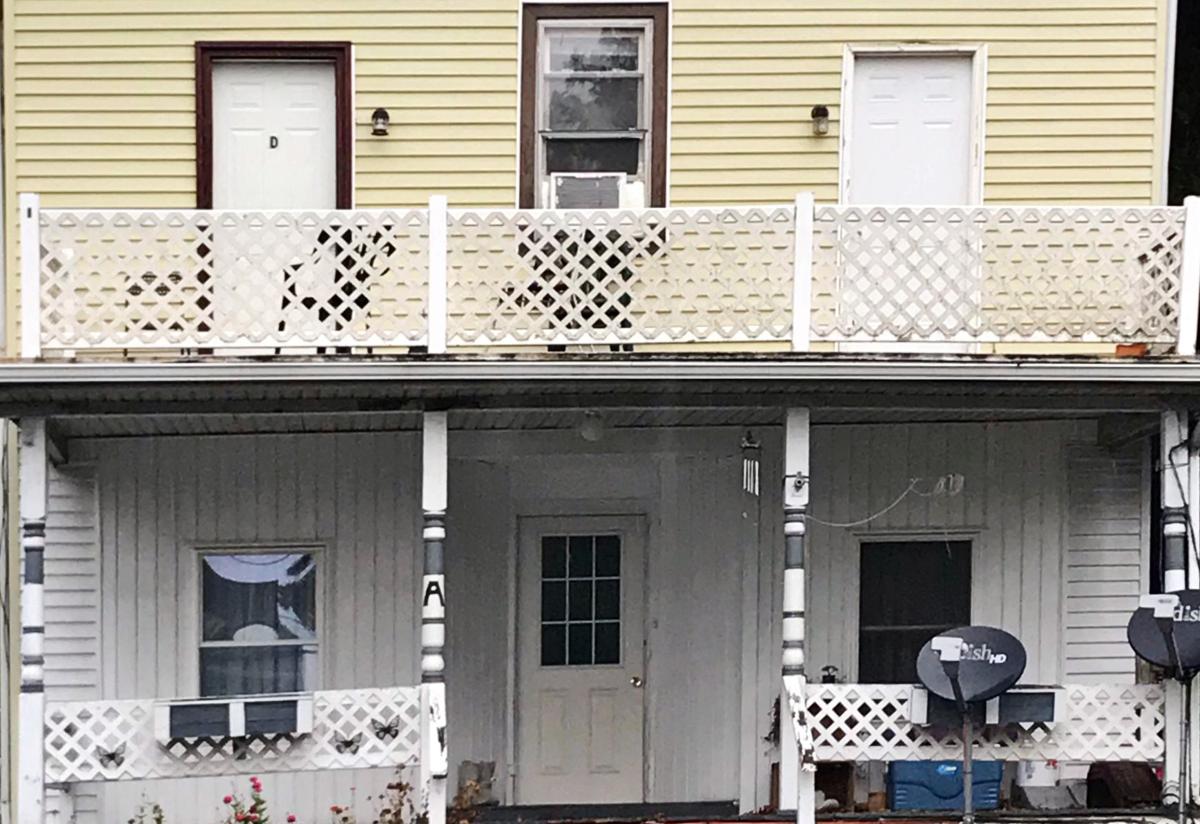 The front of the East Earl Township apartment where a man stabbed a woman and man before turning the knife on himself, according to authorities, on Saturday, Oct. 19, 2019.

Gregory Hall Jr., shown in this undated photo, submitted by his mother, Jennifer Decesare, on Tuesday, Oct. 22, 2019. Hall, 28, is charged with stabbing his girlfriend and a man who tried to help her before turning the knife on himself in East Earl Township on Saturday, Oct. 19, 2019, according to police.

The front of the East Earl Township apartment where a man stabbed a woman and man before turning the knife on himself, according to authorities, on Saturday, Oct. 19, 2019.

On Saturday, Gregory Hall Jr. stabbed the mother of his four children, her friend and himself, police say.

But on Thursday, Hall's mother says, he tried to kill himself and authorities attempted to have him committed Friday.

Jennifer Decesare said she doesn't know why her son, 28, could not be committed to a hospital after taking pills.

"None of this would have happened," she said in a telephone interview Tuesday.

Decesare, 52, who lives near Gap, said she hasn't been allowed to see her son and hasn't spoken to him since before the stabbings.

She said police told her he's in a medically induced coma.

"I don't know how bad my son is. I don't know what my son did to himself," she said in a tear-filled voice.

She is also thankful no one is dead and has been praying for the woman, the other man stabbed and her grandchildren.

If you or someone you know is in crisis and needs immediate help, contact the following organizations:

Hall is charged with two counts of attempted homicide and aggravated assault and related offenses.

Police said he attacked the woman Saturday night at their apartment at 1049 Main St., East Earl, when she was trying to end their relationship.

He knocked her down, gashed her chin and then repeatedly stabbed a friend who tried to pull him from atop her, police said in court documents.

Then, they said, he stabbed himself in the neck and abdomen.

The woman was treated for her cut and released, and the other man was still hospitalized Tuesday.

Authorities said they were unable to discuss Decesare's claim that efforts were made to commit Hall, although court documents indicate East Earl police were at Hall's apartment Friday and had been there before "multiple occasions." The documents do not say why.

Decesare said her son — her only child — was diagnosed with bipolar disorder as a child.

"Gregory was having problems when he was 3 years old," she said.

He was in an out of trouble as a child for things such as stealing, but nothing violent, she said, adding she tried to get him help.

She said her son steals because he doesn't have a job.

Though her son, the woman and three of the children (the fourth was born this spring) lived with her for about a month some time ago, they moved out and hadn't been speaking to each other until recently, she said.

That's because of the trouble he'd been getting into, she said. Over the past few months, though, she said, she and her husband — not Hall's father — had been trying to get him help.

"He's been crying out for help," she said. "I couldn't get him the help that he needed because he doesn't have insurance."

"He's a sweet kid. Would do anything in the world for you. But he flip-flops," she said.

Decesare said her son and his girlfriend met about six years ago.

It's been a passionate and tumultuous relationship, she said.

"She pushes his buttons. He pushes hers," she said. "She young. He's young, but they kept having kids."

While they say they are married, they aren't, Decesare said.

Decesare said she's talked to the woman since the stabbing; the woman is doing all right, and Decesare has been told her grandchildren are also OK, but she doesn't know where they are.

She wants to see them, she said.

"I just want to touch him," she said.

A West Donegal Township man was sentenced to 9 to 23 months in prison after pleading guilty to four felonies, including dissemination of child…

A Harrisburg man will spend more than eight years in prison for carjacking an 85-year-old Lancaster County man at knife-point in the city a year ago.

A Lancaster city man accused of shooting a man in the city earlier this month has been arrested in Philadelphia.

The East Earl man who police say stabbed the mother of his children and her friend before stabbing himself has been released from the hospital.