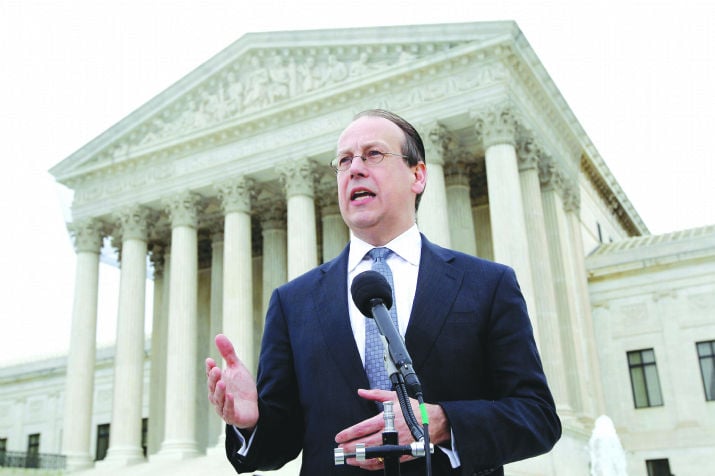 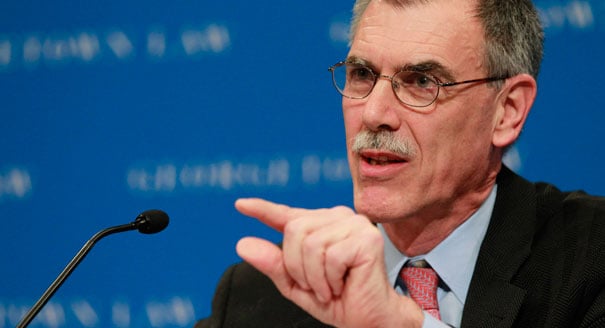 Solicitor General Donald B. Verrilli, the attorney representing the Obama administration before the Supreme Court. 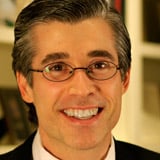 Randall Wenger of the Independence Law Center in Harrisburg is part of the team representing Conestoga Wood Specialties.

Solicitor General Donald B. Verrilli, the attorney representing the Obama administration before the Supreme Court.

Randall Wenger of the Independence Law Center in Harrisburg is part of the team representing Conestoga Wood Specialties.

When the Affordable Care Act was challenged in the U.S. Supreme Court in 2012, Paul Clement led the challenge.

But it was Verrilli who won.

According to national media reports, the two lawyers again will square off on Tuesday, when Conestoga Wood Specialties Corp. v. Kathleen Sebelius is argued in the nation’s highest court.

Numerous phone calls placed to the U.S. Department of Justice public affairs office to confirm that Verrilli would be arguing the government’s case Tuesday were not returned.

The Conestoga Wood Specialties case has been consolidated with that of Hobby Lobby, a chain of arts and crafts stores owned by David Green, an evangelical Christian billionaire in Oklahoma.

Here is a primer on the major legal players:

According to the U.S. Department of Justice website, Donald B. Verrilli Jr. was sworn in as the nation’s 46th solicitor general in June 2011; he succeeded Elena Kagan when she was appointed to the Supreme Court.

David Cortman is the counsel of record for Conestoga Wood Specialties.

He is senior counsel for Alliance Defending Freedom (ADF), an Arizona-based organization that provides legal support to Christians who feel their religious liberties are being threatened.

Cortman and the other lawyers arguing on behalf of Conestoga Wood Specialties and Hobby Lobby are offering their services pro bono.

Their expenses are being covered by ADF.

Clement was the U.S. solicitor general during the George W. Bush administration.

Alliance Defending Freedom, formerly known as the Alliance Defense Fund, was founded in 1994 by a group of conservative Christian leaders, including James Dobson, founder of Focus on the Family, and Bill Bright, founder of Campus Crusade for Christ (now known as Cru).

Scott said the organization seeks “to be known as the primary defender of freedom in America.”

Its website says ADF’s founders “saw the critical need to protect religious freedom from repeated attacks by the American Civil Liberties Union (ACLU) and its allies.”

Sara Mullen, associate director of ACLU of Pennsylvania, declined to comment on ADF.

According to the ADF website, it has  2,200 allied lawyers representing 31 countries.

ADF is staunchly opposed to abortion and gay marriage. Its website says ADF lawyers have won 80 percent of the religious freedom cases it has litigated.

ADF is funded “completely by individual donations,” Scott said, noting that the organization does not disclose its donors.

It got involved in the Conestoga Wood Specialties case soon after  Randall Wenger of the Independence Law Center agreed to represent the Hahns, the owners of the East Earl Township cabinetmaking business.

The center’s website says it seeks to defend “religious and other First Amendment freedoms.”

It is affiliated with the Pennsylvania Family Institute, a socially conservative nonprofit organization founded by Michael Geer of Elizabethtown.

Wenger remains one of the lawyers for Conestoga Wood Specialties.

Suzanne Cassidy is a Lancaster Newspapers reporter. She can be reached atscassidy@lnpnews.com. You can also follow @SuzCassidyLNP on Twitter.

The pro-life Hahn family, owners of the kitchen cabinet parts manufacturer, cites religious conviction in objecting to paying for emergency contraception under the Affordable Care Act. Do you think a for-profit company should be able to claim the same religious freedoms as an individual or a church?

Read about the East Earl company's court challenge, which reached the U.S. Supreme Court in March 2014.