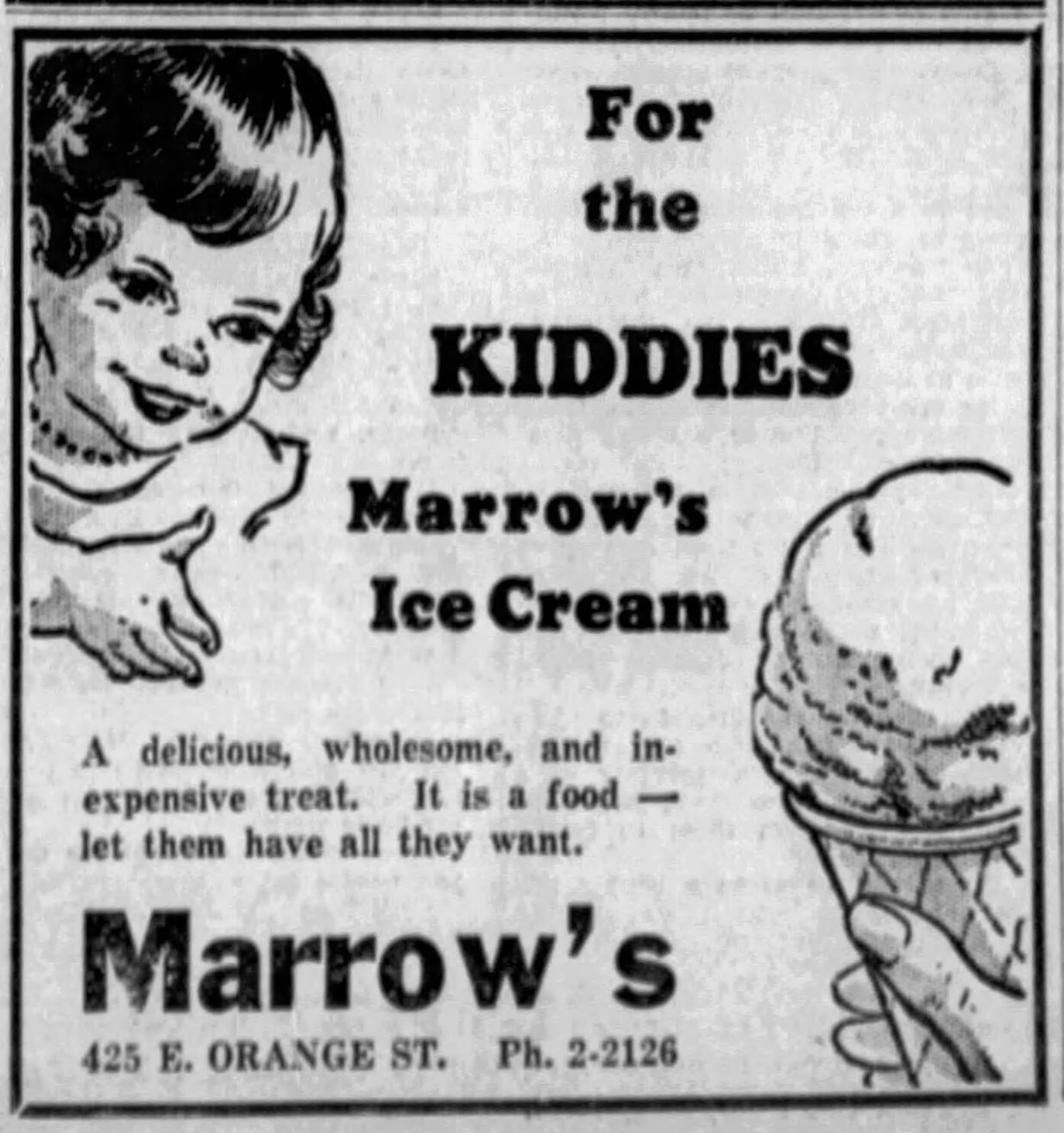 I am curious about the property at 440 E. Marion St. in Lancaster. I was told it was a former ice cream factory — Marrow Quality Ice Cream was made on the property in the 1940s and the company was sold to the Hershey Ice Cream Co. What else do you know?

It is possible that George Brayton Marrow used 440 E. Marion St. as part of his ice cream operation, but his obituary’s listing of business locations does not mention that building.

George Marrow died Dec. 4, 1954, at 96. The obit claims he was the oldest ice cream manufacturer in Pennsylvania.

Marrow was born in Strasburg in 1858 and served as an apprentice in two confectionery businesses in Lancaster before starting his own operation in 1880. His first location: Orange and Plum streets.

He later expanded his business in a facility at Orange and Sherman streets and ran his confectionery shop at 425 E. Orange. Another news article mentions a separate ice plant, no location noted.

You will notice that all of these addresses are within easy walking distance of 440 E. Marion.

Marrow hauled his ice cream in a wagon around Lancaster in the early years. Princess, a 40-year-old horse who apparently had begun hauling ice cream in 1880, died in 1919.

Marrow’s Ice Cream merged with the Hershey Creamery Co. of Harrisburg in 1920 and Marrow continued as a Hershey director until his death.

The last mention of Marrow’s Ice Cream in local print seems to be in a Lancaster New Era ad of March 9, 1936. Watt & Shand department store advertised 5-cent and 10-cent ice cream drinks and sundaes made from “Marrows famous ice cream” on “Founders’ Day Only.”

After that, apparently, if Lancaster residents screamed for ice cream, they did not expect to get Marrow’s.

And, just in case you are wondering, George Marrow did not use bone marrow — from Princess or any other bony creature — in his manufacturing process. Bone marrow is an ingredient used in trendy ice creams. It is not packed in dry ice and delivered to customers by horse-drawn wagon.

A CNN blast recently announced that Lord & Taylor, the oldest department store in America, is closing after 194 years. Hager’s lasted about 200 years. I have always wanted to investigate the connection between the store and Hagerstown. Any idea where the Hager family came from? I assume Germany, but not sure.

Hager’s claimed it was the oldest family-owned department store in America when it closed its doors at 25 W. King St. in 1976. It was founded in 1821, five years before Lord & Taylor, and it was 155 years old when it succumbed to declining business and rising costs.

In its past, Elizabethtown may have been a segregated 'sundown town' [The Scribbler]

Jonathan Hager, the founder of Hagerstown, Maryland, also immigrated from Germany, but in 1736. A gunsmith and an early revolutionary leader, Jonathan founded Hagerstown in 1762.

Were Jonathan and Christopher Hager related? Probably, but who knows how closely? Several lines of American Hagers trace their roots to Gerhardt Heuger in Siegen, Wittgenstein, in the Westphalia area of northwestern Germany.

Perhaps a Hager genealogist is willing to walk through those weeds.

'Experimental medical treatments and psychological trauma': A look back at Pennhurst's history of horror [The Scribbler]

Lancaster's most famous communist and a missing 1910s clock [The Scribbler]

Boston’s Common is the oldest park in the nation. Other New England towns have common areas owned by the public at large. In the 19th century,…

Considering the significance of the upcoming presidential election, combined with the potentially devastating effects of the coronavirus pande…