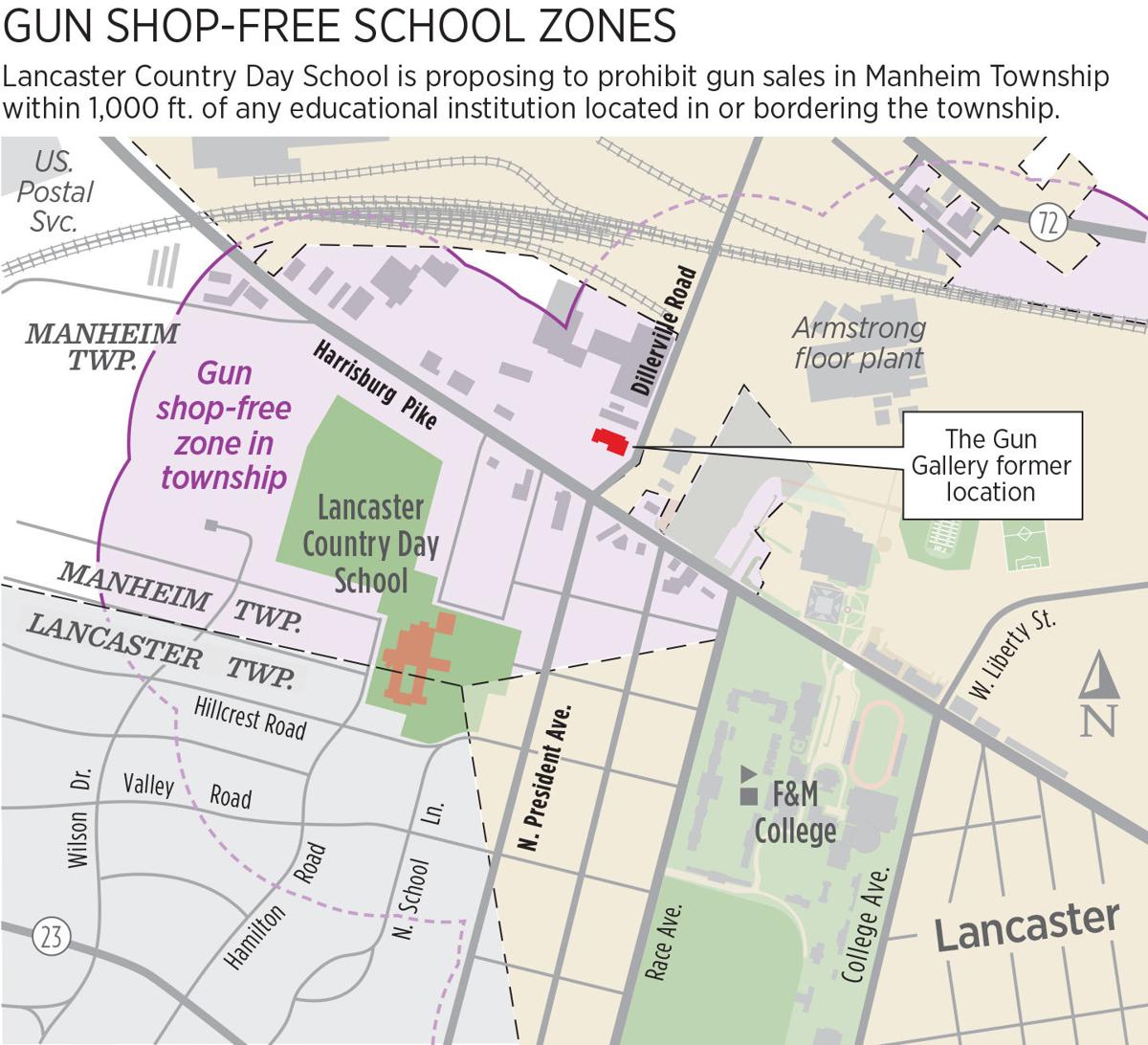 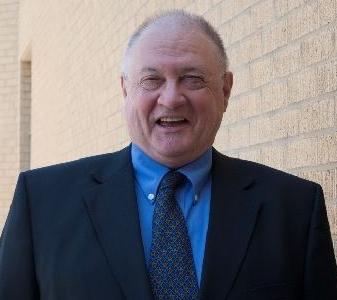 A file photo from February 2018 showing The Gun Gallery after it opened in the former Reifsnyder's building at Harrisburg Pike and Dillerville Road.

The president of the Manheim Township Board of Commissioners says a private school’s request for a gun-shop-free school zone is a lawsuit magnet.

The board plans to vote Monday on Lancaster Country Day School’s request to prohibit retail firearms sales within 1,000 feet (nearly two-tenths of a mile) of the lot lines of all schools and educational institutions.

In addition, no outdoor signs depicting firearms would be allowed within the 1,000-foot zone, a potential free-speech concern.

Board president Al Kling told LNP that he believes the restriction on signs “is clearly unconstitutional.”

He also said there’s no clear legal precedence on whether a municipality could regulate the sale of firearms.

“But it is clear that there is a constitutional right to purchase firearms,” Kling said. “The bottom line is this thing is a lawsuit magnet. My personal opinion is I don’t think we need to go there.”

Lancaster Country Day School, 725 Hamilton Road, petitioned the township for the buffer after The Gun Gallery in February 2018 relocated from Millersville to the former Reifsnyder’s piano store at 1020 Dillerville Road, near the school.

The gun shop has since closed, and the property is now part of the site of a proposed diner.

The presence of the shop and its sign, the school said, posed “a constant reminder” to the many students who passed the shop of the threat of school shootings, like the ones in Parkland, Florida, and and West Nickel Mines School in Bart Township.

Country Day said it wanted to foster a learning environment that was as free as possible from the fear of gun violence and to have a neighborhood free of temptations to people who might commit gun crimes.

The township planning commission reviewed the proposals in July and August. It recommended the township approve the gun-shop-free school zones, but reject the proposed restrictions on signs.

According to the commission’s minutes, the township solicitor advised that the sign restrictions could violate free speech.

“We designed the proposed ordinance to be as limited as possible so that there would not be ... free speech concerns, just as we designed the gun-shop-free school zone to not violate” the right to bear arms, Cohen said.

Cohen points to Philadelphia as the only municipality in the state with a comparable restriction on gun shops near residential neighborhoods.

A state appeals court in a 2-1 ruling in May 2018 upheld Philadelphia’s zoning code that banned gun sales in a particular commercial district and within 500 feet of residential zones.

Kling called the issue “a lot of to-do about a non-existent problem” because no gun shop in the township is near any school, but one could potentially open in Lancaster city.

The Manheim Township school board did not have formal discussions about the issue, a spokesperson said.

“We would love certainly to have the support of the school district,” Cohen said. “We recognize that there are politics involved with elected bodies.”

Franklin & Marshall College, which is near Country Day, supports the gun-shop-free school zone.

Correction: An earlier version of this story incorrectly reported that the Lancaster County Planning Commission voted in favor of the zoning amendment. The commission actually approved a letter recommending the township seek its solicitor’s advice on the amendment’s constitutionality.