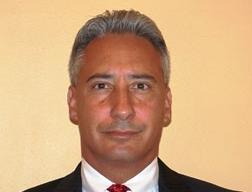 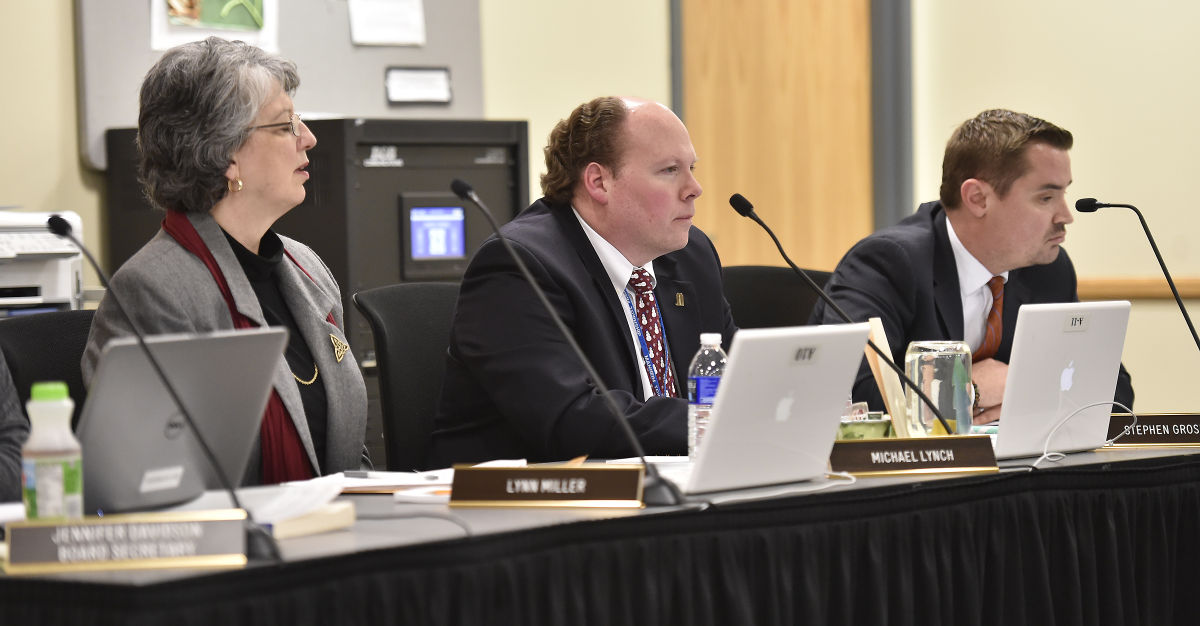 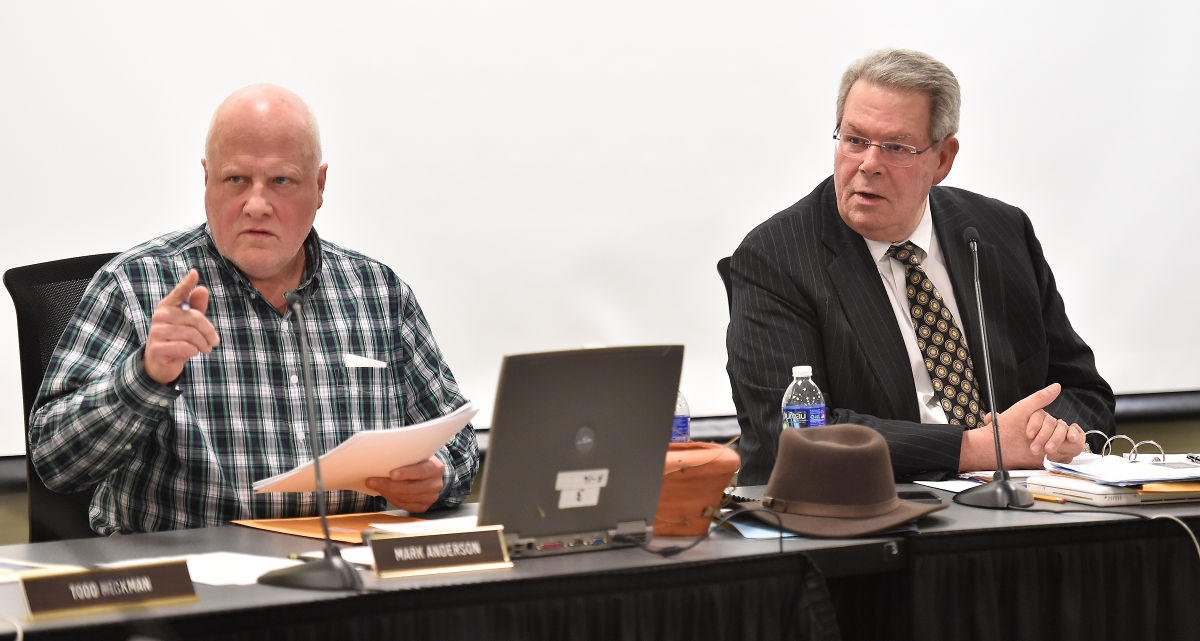 Manheim Township School District board members Mark Anderson and William Murry are pictured during a meeting on Thursday, January 21, 2016. 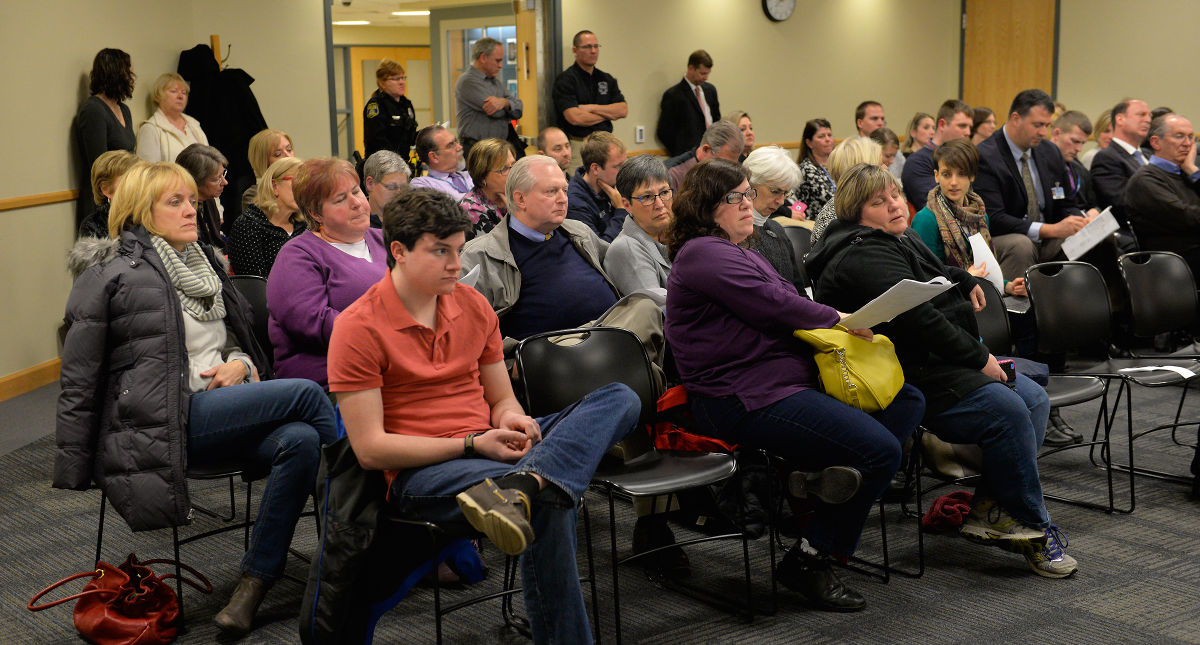 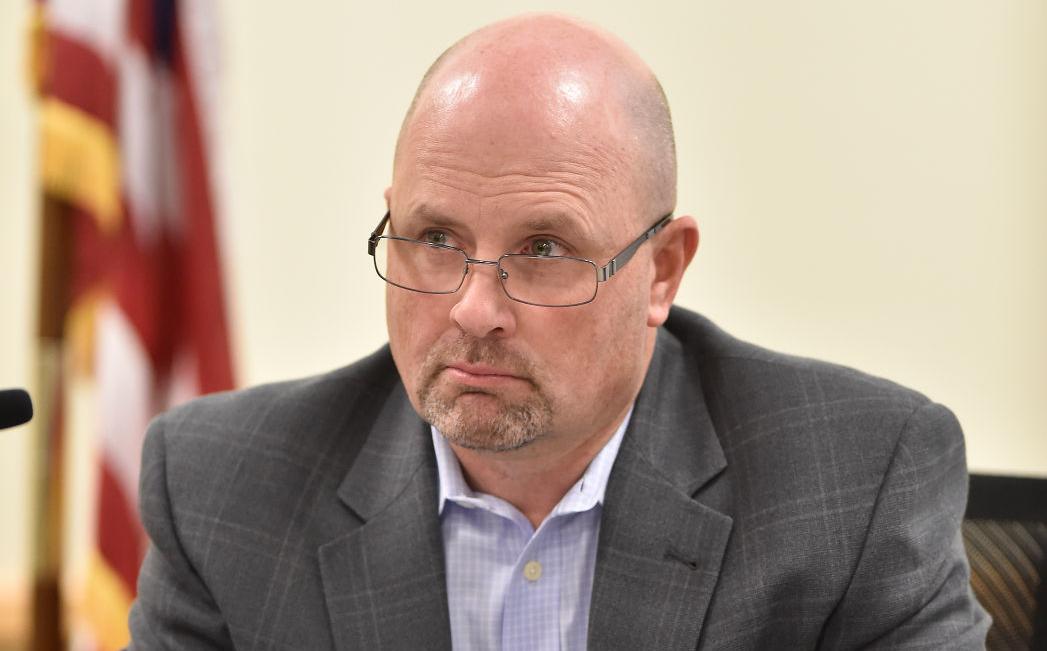 Manheim Township School District board members Mark Anderson and William Murry are pictured during a meeting on Thursday, January 21, 2016.

John Nodecker, the superintendent of the Manheim Township School District has resigned less than halfway through his four-year contract.

The board voted unanimously to accept his resignation only 18 months after he took the post at Lancaster County's third largest school district. No timeline or financial details of his departure were announced before the vote.

The vote was not included on the board's original meeting agenda. Stephen Grosh made a motion at 7:52 p.m. to add it to the agenda. The meeting began at 7 p.m.

Several audience members gasped when the motion was made.

Nodecker was not present at the meeting. He has not been in the district office since Jan. 8, according to school officials. His last day will be Jan. 29.

A motion to appoint an interim superintendent did not pass during the meeting.

A statement posted to the district website after the meeting cited "health and medical challenges" as the reason for Nodecker's resignation.

His departure comes amid a six-month-long investigation of an undisclosed "personnel issue" in the district that has cost taxpayers more than $66,000 in legal fees.

The school board has not publicly disclosed the nature of the investigation, but an electronic copy of the district's contract with an outside law firm, the Levin Legal Group, is titled "6-10-2015 Signed Engagement ltr FROM Mike Levin Re. Superintendent Harassment."

The statement on the district website says the investigation is "now complete and it has been determined that no unlawful harassment or unlawful discrimination has occurred."

Records obtained by LNP show that taxpayers have been billed for more than 300 hours in legal fees at rates of up to $190 an hour for the investigation.

Board members did not discuss any financial terms of Nodecker's resignation before voting on Thursday.

After the meeting, Board President William Murry said he didn't have information with him on how much the district would spend on the remainder of Nodecker's contract.

After Nodecker's resignation was accepted, board member Nate Geesey made a motion to hold a public discussion about an interim superintendent.

The discussion centered on naming Assistant Superintendent Tim Williams to the post.

"It would be a travesty to bring someone in from the outside," Geesey said.

Resident Janet Carroll asked at the end of the meeting how the resignation would be addressed with district staff.

"What will their day look like tomorrow?" she asked.

Murry replied: "It has been addressed."

Nodecker was hired in April of 2014 from more than 24 applicants in a nationwide search conducted by the Pennsylvania School Board Association.

He started July 1 of that year under a four-year contract with an annual salary of $160,000.

Prior to that, Nodecker was assistant superintendent at Hatboro-Horsham School District in Montgomery County.

Manheim Township School District has had trouble holding onto superintendents for any significant tenure in recent years.

Gene Freeman was hired as superintendent in 2008 but less than a year after renewing his contract for five years in 2013, he resigned to take a superintendent's job in the Fox Chapel Area School District near Pittsburgh.

At the time, the five-year contract, worth more than $1 million, made Freeman the highest paid superintendent in the county.

Nodecker started his career in education in 1983 as a crisis intervention coordinator in the Houston Independent School District. He held several school posts in Pennsylvania since that time, including assistant superintendent and high school principal.

When he was first hired, Nodecker said his priorities for the district were safety and security; developing programs that will help students thrive after graduation; and improving the quality of the district without placing an economic burden on taxpayers.

Murry, in a prepared statement immediately after Nodecker's hiring, praised the incoming superintendent's "commitment to the education of all students and educating the whole child — socially, emotionally, physically and academically."

The Manheim Township school board conspired to deliberate privately on its search for a new superintendent even as it promised greater transparency in the wake of earlier violations of the Sunshine Act, an audio recording obtained by LNP reveals.

John Nodecker, the former Manheim Township schools superintendent who resigned this year under circumstances never fully explained, now says he was “coerced” into quitting because he had raised questions about the behavior of the school board and administration.