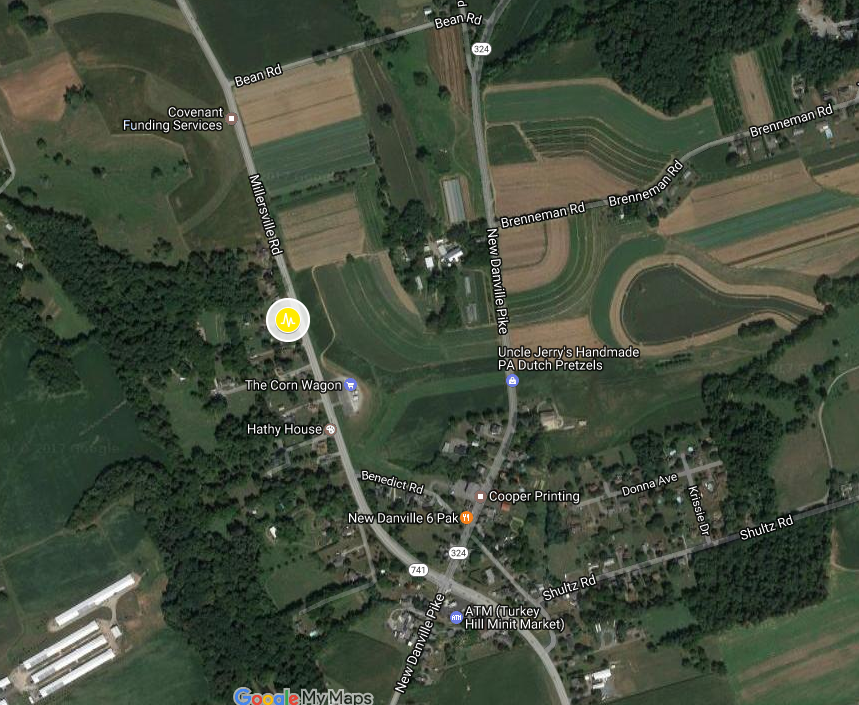 The USGS pinpointed the epicenter of the tremor along Route 741, north of New Danville, at a depth of about three miles. 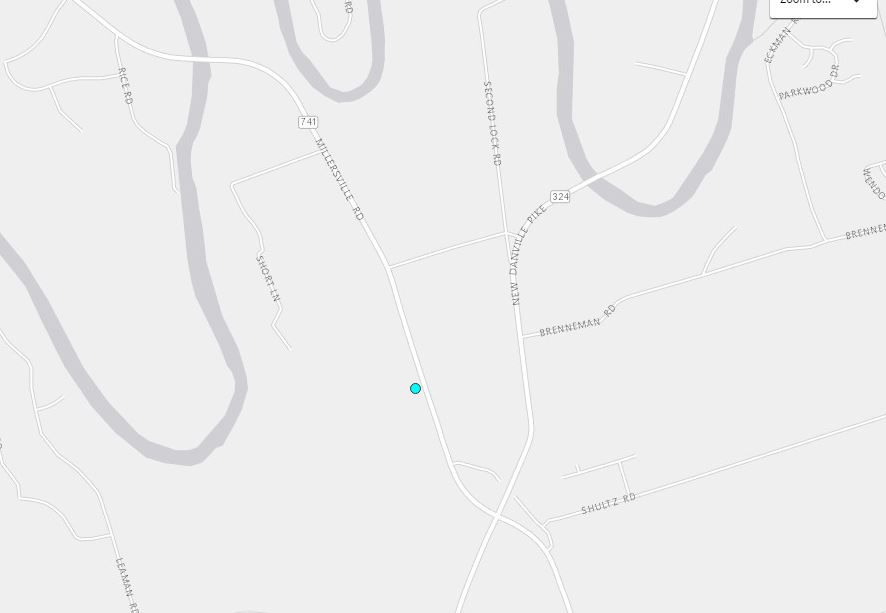 The U.S. Geological Survey pinpoints the center of Sunday's quake along Route 741, north of New Danville.

The USGS pinpointed the epicenter of the tremor along Route 741, north of New Danville, at a depth of about three miles.

The U.S. Geological Survey pinpoints the center of Sunday's quake along Route 741, north of New Danville.

A 2.3 magnitude earthquake shook parts of Lancaster County Sunday, rattling the nerves of some residents but causing no damage or injuries.

The small quake struck at 4:49 p.m. and was centered about two miles southeast of Millersville, according to the U.S. Geological Survey.

The USGS pinpointed the epicenter of the tremor along Route 741, north of New Danville, at a depth of about three miles. The quake originally was reported to be a magnitude 2.7 but the USGS lowered the number soon after the tremor struck.

The quake, which many people said sounded like a boom rather than a rumble, prompted a flood of calls to the county’s 911 center.

The center fielded more than 500 calls within 30 minutes of the quake, according to Randy Gockley, director of the Lancaster County Emergency Management Agency.

"Everything shook," said Christina Duncan, of the 400 block of Herr Avenue in Millersville. "I thought the windows were going to shatter.

"It was strange. It didn't rumble like a typical earthquake. It was more like a boom — short, very fast," Duncan said, comparing the feeling to a gas-line explosion in October 2011 that leveled The Framery business along Manor Avenue in Millersville, about a half-mile from her home.

"It stopped me dead it my tracks. You could feel it in your chest," Duncan said, adding that the tremble Sunday tipped over a few items on a dresser but didn’t knock anything from shelves.

Gockley said the quake appeared to have been felt primarily in the central part of the county.

While residents in the southwest part of the county appeared to take the brunt of the quake, residents to the far east and west — such as Marietta, New Holland, Leola — said they felt nothing.

And while the rumble was felt at the 911 call center in Manheim, Gockley said he didn’t feel it at his Ephrata-area home.

He said neighboring 911 call centers in York County and in Cecil County, Maryland received no reports related to the quake.

In Lancaster County, many persons who called 911 asked about a possible earthquake while others reported possible gas explosions, prompting the dispatch of fire crews to several areas.

Some callers, however, had bigger concerns.

“We had people scared we were at war, wondering if North Korea had attacked us,” Gockley said. “And they sounded like very serious concerns. It was no joke.”

He said county officials worked quickly to determine if an earthquake had rattled the area. They contacted Pennsylvania Emergency Management Agency officials who in turn contacted the USGS.

“We were able to confirm rather quickly, within 15 to 20 minutes, there had been an earthquake,” Gockley said.

In terms of 911 calls, Gockley said Sunday’s quake didn’t compare at all to the Easter Sunday quake on April 22, 1984.

The most significant earthquake in the county in the last 30-plus years was centered in the Marticville area and registered 4.1 on the Richter scale.

“We had over 2,000 calls that totally shut down the 911 phone system,” he recalled. “We’ve certainly added capacity since then but I think also (Sunday) our dispatchers did a great job of handling calls very quickly and accurately.”

Several earthquakes have shaken the county in the last several years.

On Aug. 13, 2015, a small quake measuring .8 on the Richter scale was felt by some residents of the Conestoga area while an earthquake registering 1.8 shook the Willow Street area on Jan. 8, 2014.

A fairly substantial quake, centered in the Salunga area of East Hempfield Township, measured 3.4 and shook the area on Dec. 27, 2008.

The 20-second quake was felt as far away as Philadelphia and Baltimore but resulted in no damage or injuries.

More earthquakes hit Lancaster County than any other place in Pennsylvania