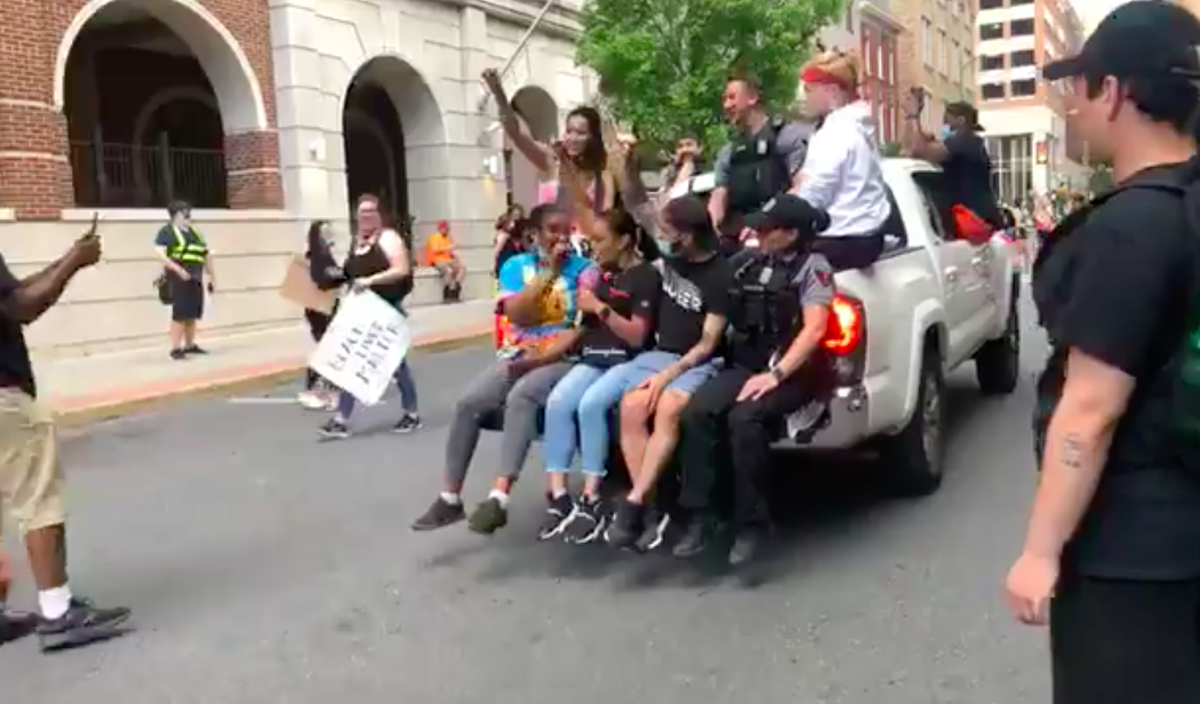 Police joined protesters Wednesday evening for a fifth day of demonstrations in response to the death of George Floyd. 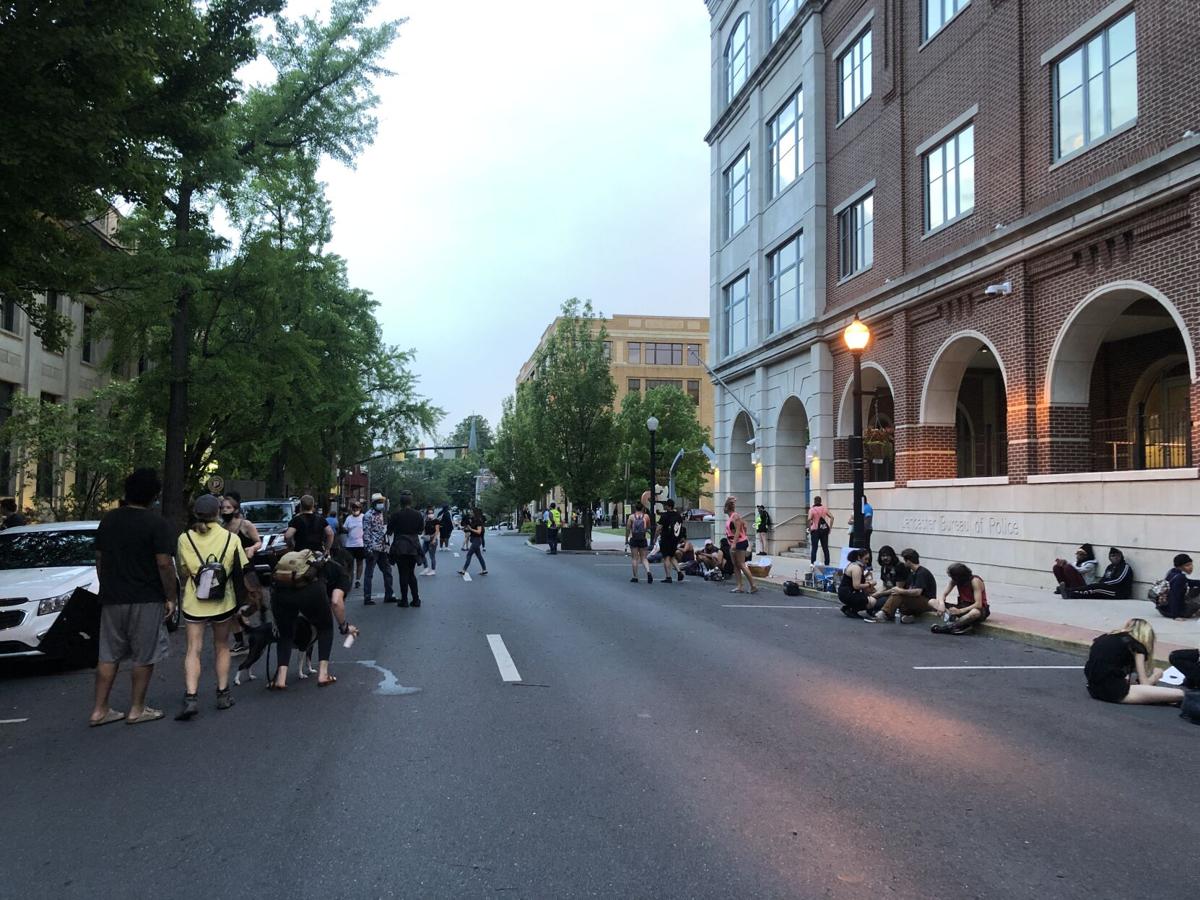 Police joined protesters Wednesday evening for a fifth day of demonstrations in response to the death of George Floyd.

A fifth day of protests in Lancaster city in response to the death of George Floyd were peaceful Wednesday night as attendance dropped and camaraderie soared between protesters and police.

Less than 100 demonstrators assembled in front of the city police station on West Chestnut Street, mimicking positive sentiments from Tuesday, when city police Chief Jarrad Berkihiser marched with protesters, spoke in support of their cause and took a knee.

Some attributed the lower attendance Wednesday to weather. Dark clouds loomed and an occasional drizzle occurred during the demonstration.

Protesters and police officers on Wednesday took turns at a microphone affixed to a white pickup truck to share their sentiments on the improved relations between the two parties.

On Sunday, protesters — some of whom were pepper-sprayed — urged city Mayor Danene Sorace to send police home. The two sides shared praise and hugs on Wednesday evening.

Officers who spoke Wednesday vowed to work with the community.

“You gotta give us a chance,” an officer told protesters. “This doesn’t happen overnight.”

In addition, several protesters voiced their appreciation to two officers who took off their uniforms after their shifts to march with protesters, drawing applause.

On policing, racial equality and believing in a Lancaster County — and America — for all [editorial]

Tropic storm Isaias whips up eastern US, killing at least 6

On the sixth day of protests in Lancaster city, conversations centered around the cause.

Thousands of protesters thronged the streets in recent days to express their anger over the killing of an African American man, George Floyd, …