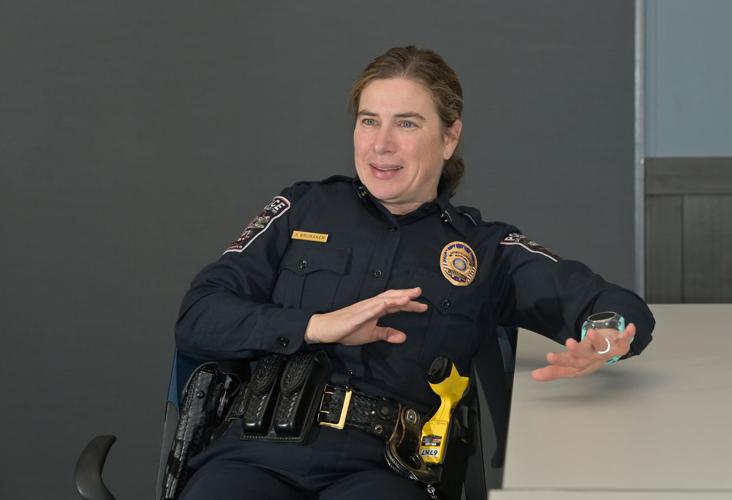 Lt. Jennifer Brubaker, of the East Hempfield Police Department, who will be sworn in as chief later this month, speaks with a reporter about her new role on Thursday, April 14, 2022. 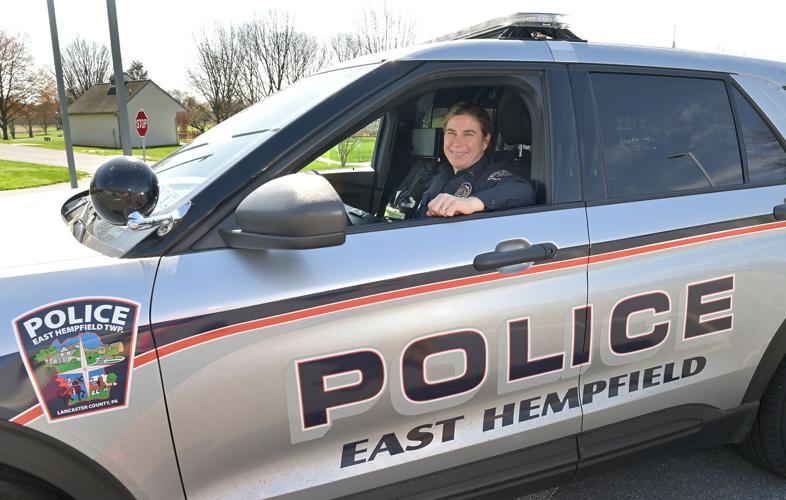 Lt. Jennifer Brubaker, of the East Hempfield Police Department, who will be sworn in as chief later this month, discusses her career on Thursday, April 14, 2022. 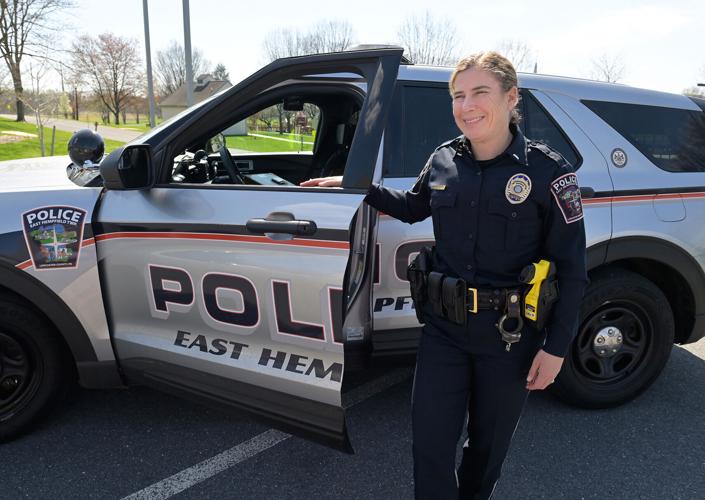 Lt. Jennifer Brubaker, of the East Hempfield Police Department, who will be sworn in as the new chief later this month, speaks with a reporter about her new role on Thursday, April 14, 2022.

Lt. Jennifer Brubaker, of the East Hempfield Police Department, who will be sworn in as chief later this month, speaks with a reporter about her new role on Thursday, April 14, 2022.

Lt. Jennifer Brubaker, of the East Hempfield Police Department, who will be sworn in as chief later this month, discusses her career on Thursday, April 14, 2022.

Lt. Jennifer Brubaker, of the East Hempfield Police Department, who will be sworn in as the new chief later this month, speaks with a reporter about her new role on Thursday, April 14, 2022.

East Hempfield Township police Lt. Jennifer Brubaker’s interest in law enforcement began when she was a sophomore at Elizabethtown College and took a job in the security department.

She got to know some of the police officers from surrounding municipalities and found the work interesting.

After graduating, Brubaker worked in business for a while, but, “I found that going to an office setting after college and being inside in a cubicle was just not my forte,” Brubaker said. So she entered the police academy and got hired by East Hempfield.

“I quickly realized this was home, where I was going to spend my career,” Brubaker said in an interview Thursday. “I really liked the diversity of law enforcement, that you come to work and have absolutely no idea what your day is going to bring.”

Next Monday, Brubaker will officially become chief of the 34-member department in the growing suburban township of 26,000 people.

Brubaker, 47, who lives in Penn Township with her husband and 5-year-old daughter, will become just the second female chief in Lancaster County’s history. Lisa Layden in neighboring West Hempfield Township became the first in May 2019.

It’s not something Brubaker, who rose through the ranks to become one of the township’s two lieutenants, dwells on.

“Men and women bring different things to the career. I think there's a fantastic place on the street for both men and women depending on how you interact with different people,” she said. “I just kind of look at myself as a cop.”

Stephen Skiles, whose last working day as chief was Friday, is leaving after 36 years in law enforcement to take a job in the private sector. He was hired in November 2010 when he retired from Lancaster’s department after nearly 25 years.

“We designed and moved into a new building about two years ago, and we just became accredited (by the Pennsylvania Chiefs of Police Association), so I am leaving after completing some career goals,” Skiles said in an email earlier this month. “I still love being a cop, but it’s time to make room for the younger employees.”

Brubaker will make a great chief, he said Thursday.

“Her strongest trait is that she cares about the people that work for her and she showed that for the last 11 years that she’s been a lieutenant, and she's well-versed in patrol aspects and administrative aspects of running the department,” Skiles said.

Brubaker has great people skills, Skiles said, noting that she knows the birthdays of everyone in the department, whereas he had to rely on her. “And then she can still kick a door in,” he said.

Leaving the excitement of patrol was the hardest part of moving up through the ranks, said Brubaker. She was an officer for 13 years, a member of the county’s Special Emergency Response Team, and a field training officer before becoming a sergeant and then lieutenant.

“In my heart of hearts. I'm still a patrol cop. When calls come in, I have to realize there's other people in place and not take the joy of responding to calls and the excitement away from other (officers,)” she said. “I still like to run out the door and when things are seeming as though they’re priority in nature. I like to just stand in the background and be there as a resource.”

Brubaker said she didn’t begin her police career with the goal of becoming chief. Instead, the possibility began to form in her mind about five or six years ago.

Brubaker began thinking, “if the township likes the way the department's going, there's a chance when he leaves, an internal promotion will be an opportunity.”

Brubaker called Skiles a fantastic mentor and credited him with putting her and another candidate, Lt. Matt Pohle, in position to be considered for the job.

“Both of us have worked for (Skiles) for a while. We have some of the same beliefs where we want to drive the department as him,” Brubaker said.

Brubaker said she’d like to continue working to improve community engagement, something that was hindered by the pandemic.

East Hempfield enjoys a low crime rate and the main concern expressed by residents is traffic, she said. State routes 30 and 283 run through the township, along with Columbia Avenue, Centerville Road and Harrisburg Pike.

Traffic is expected to increase with the $375 million Penn State Health Lancaster Medical Center, which is set to open mid-fall, along the west side of Harrisburg Pike and State Road, and the Brookside project, a residential and commercial development, along the east side.

“I look forward to being out and about, seeing people meeting the residents. The office door’s open for any type of conversations people want to have,” Brubaker said. “I plan to continue a pretty transparent operation here.”

Brubaker and the township are still finalizing her contract so her salary hasn’t been set, she said.

West Hempfield will welcome its first-ever woman police chief next month, according to its t…

The thin pink line: A look at women and law enforcement in Lancaster County

Women behind the badge: Takeaways on being a police officer and a woman

Two prominent figures in the culture wars embroiling American politics are set to speak in Lancaster this week at separate, unrelated events.