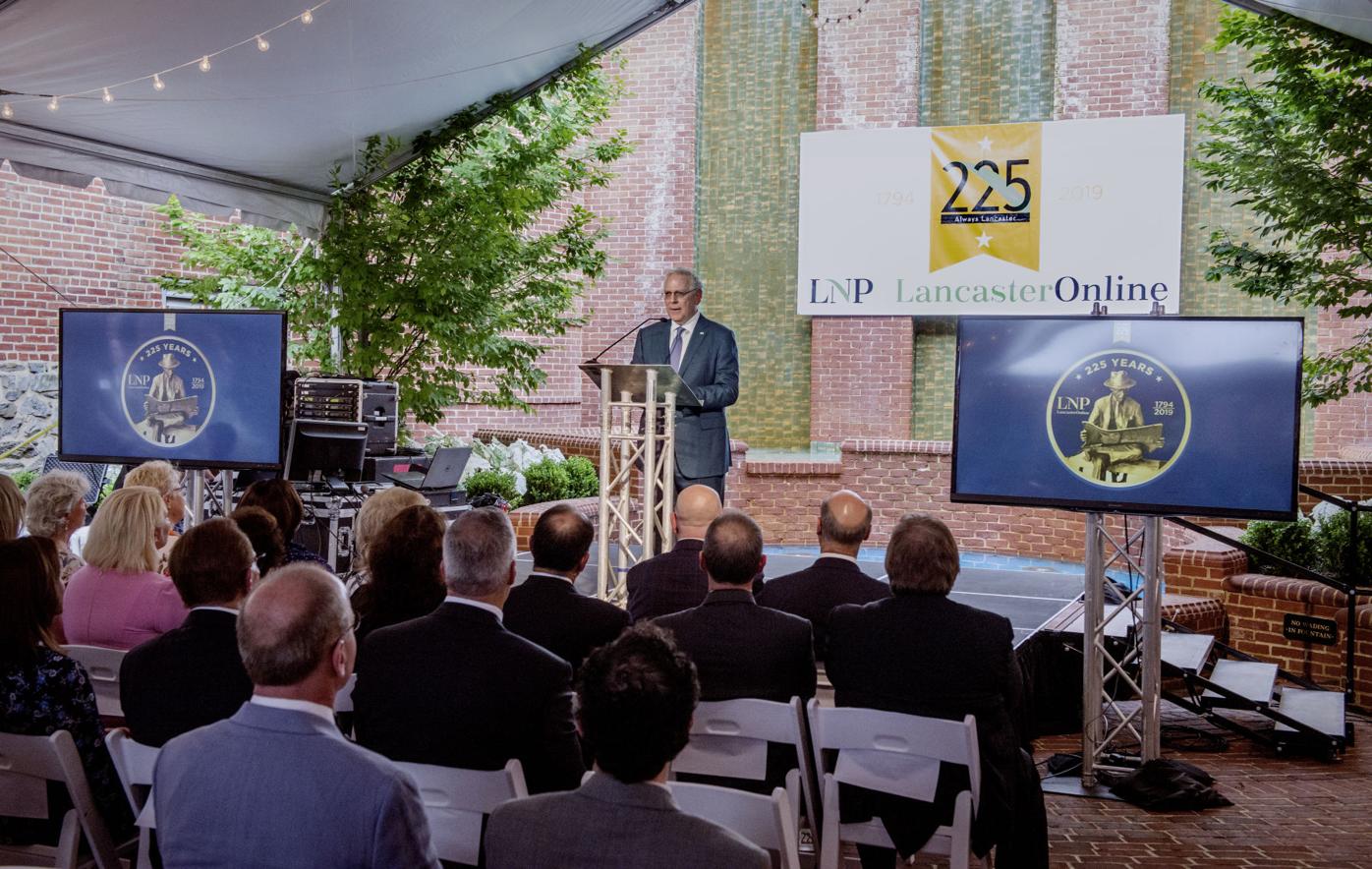 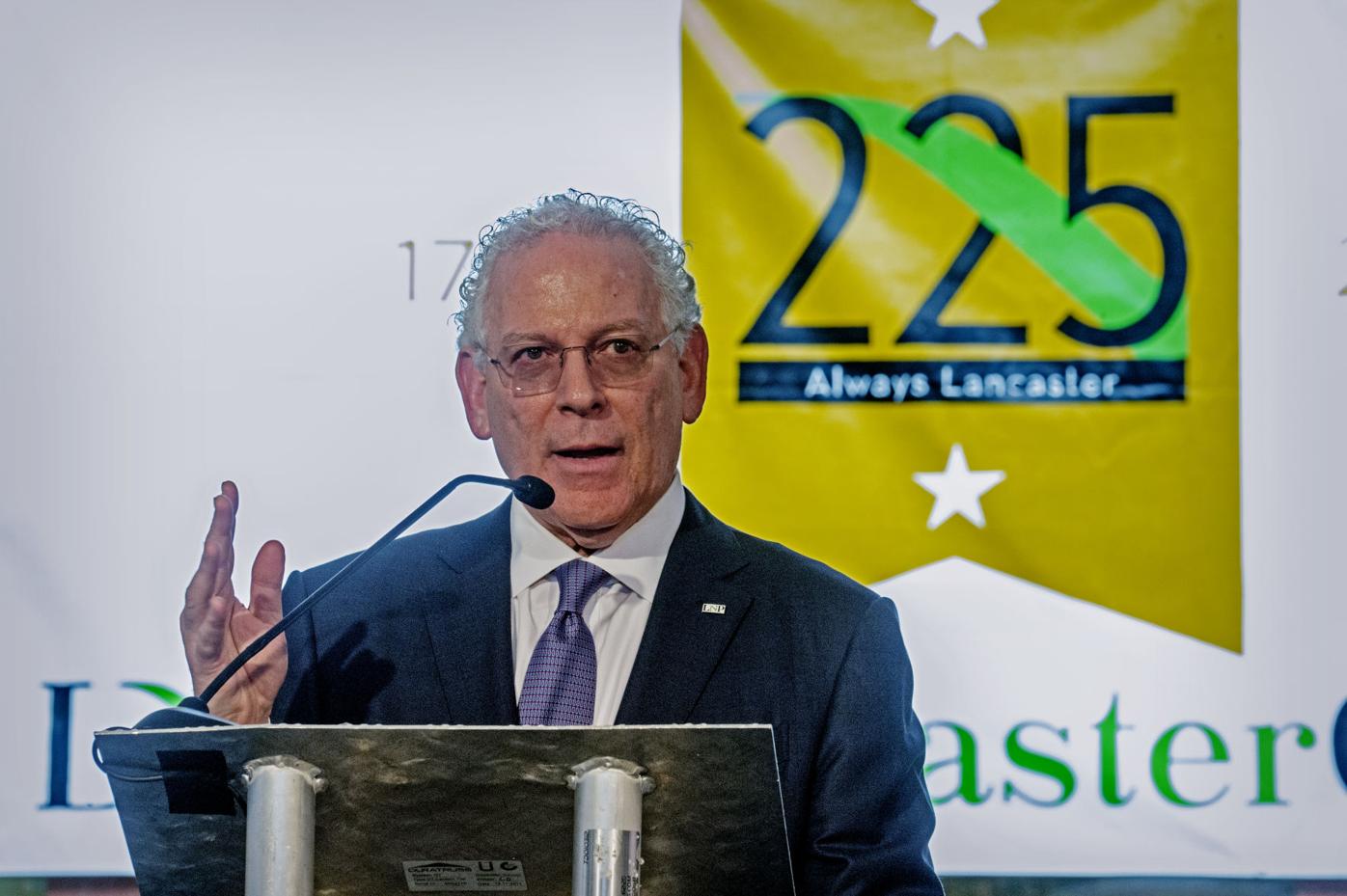 Robert M. Krasne, CEO of Steinman Communications and publisher of LNP, speaks during the 225th anniversary celebration for LNP/LancasterOnline in Steinman Park on Monday, June 17, 2019. 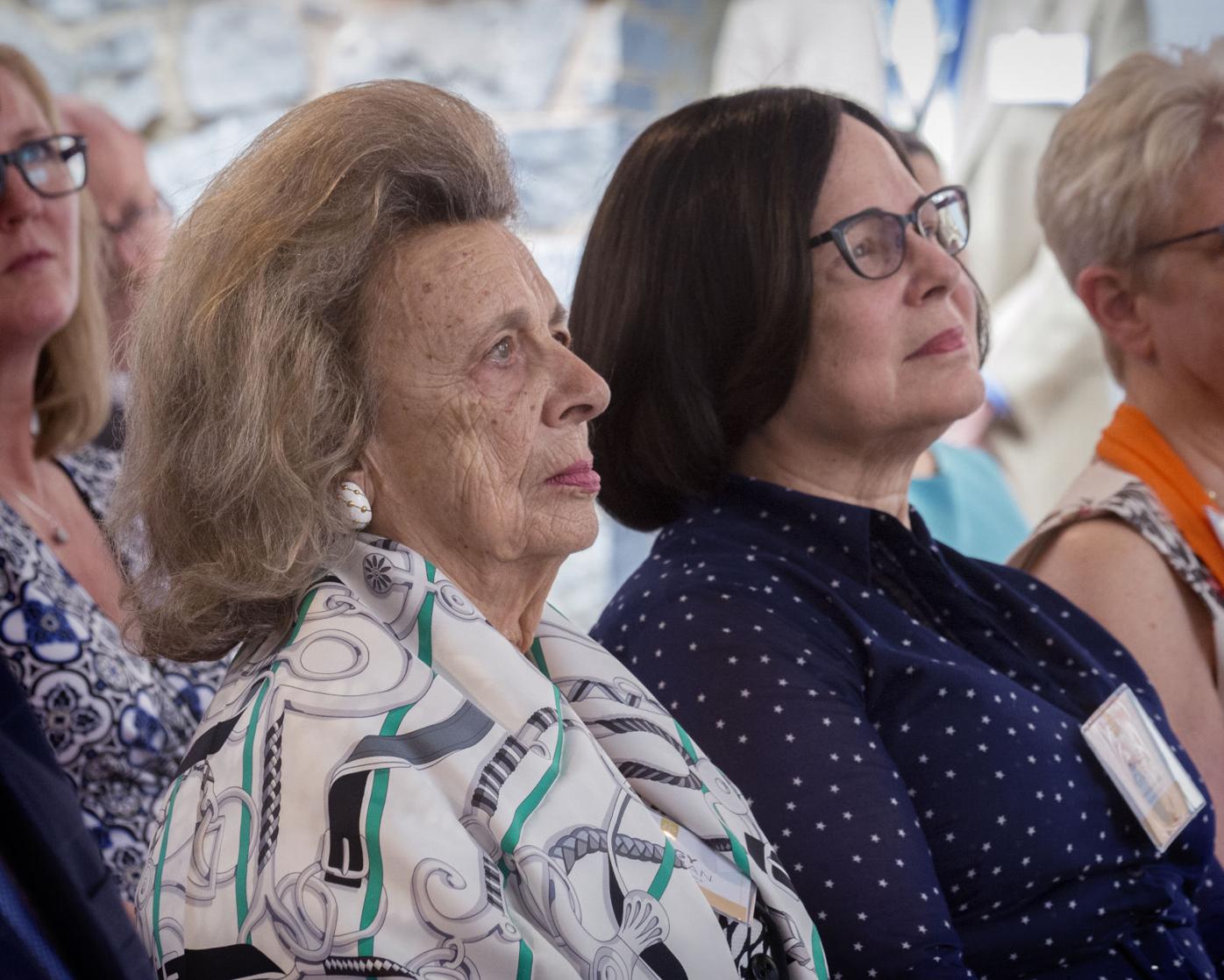 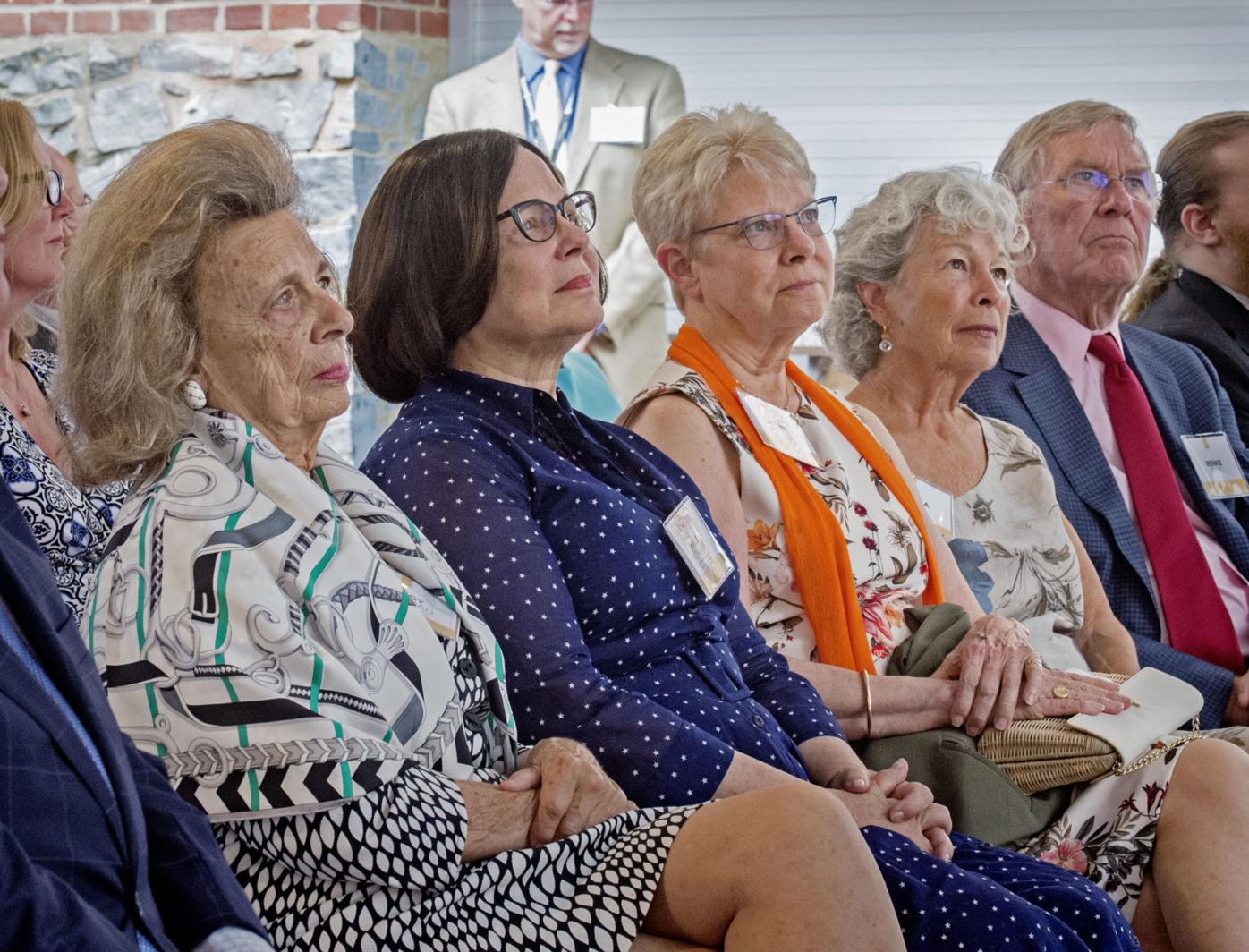 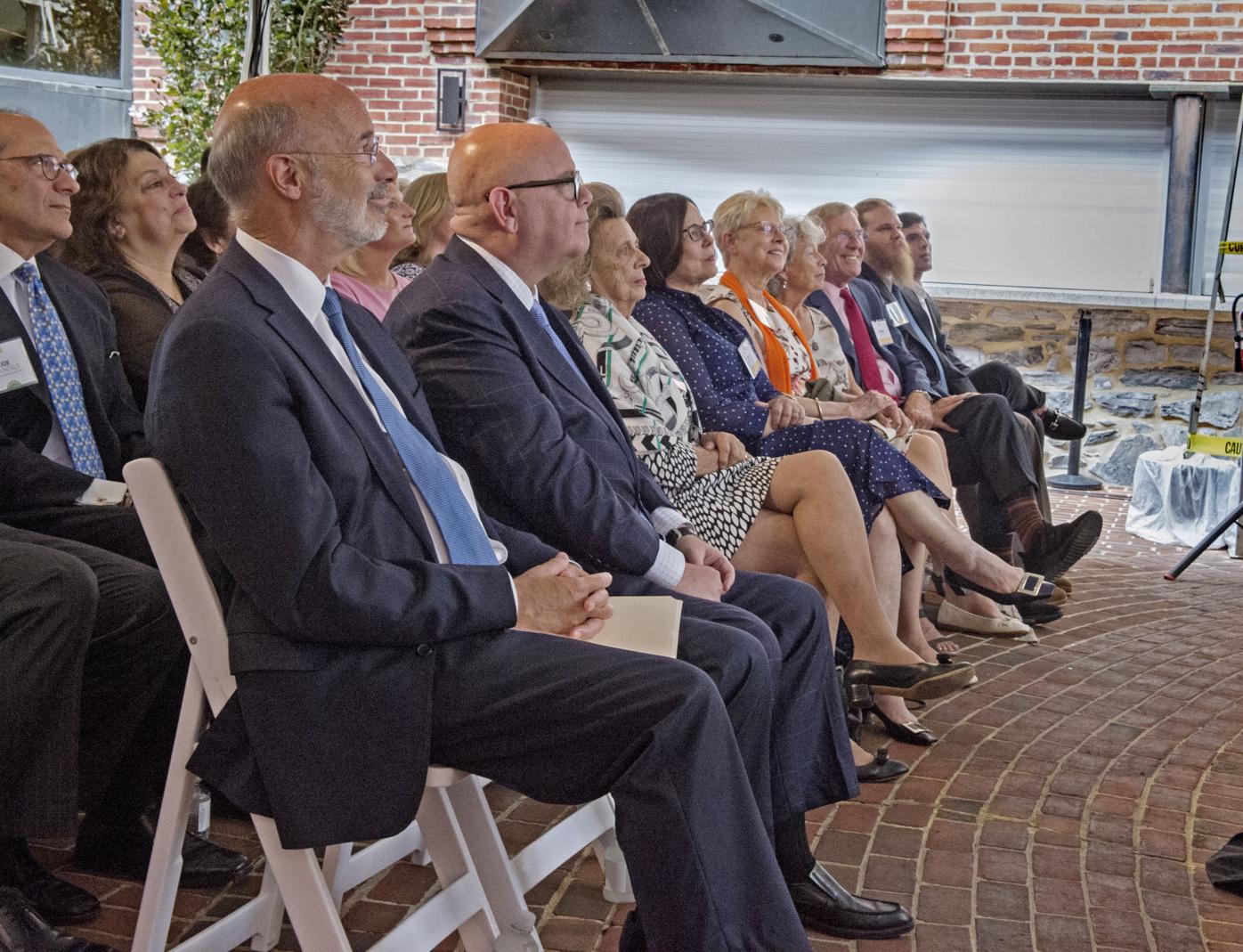 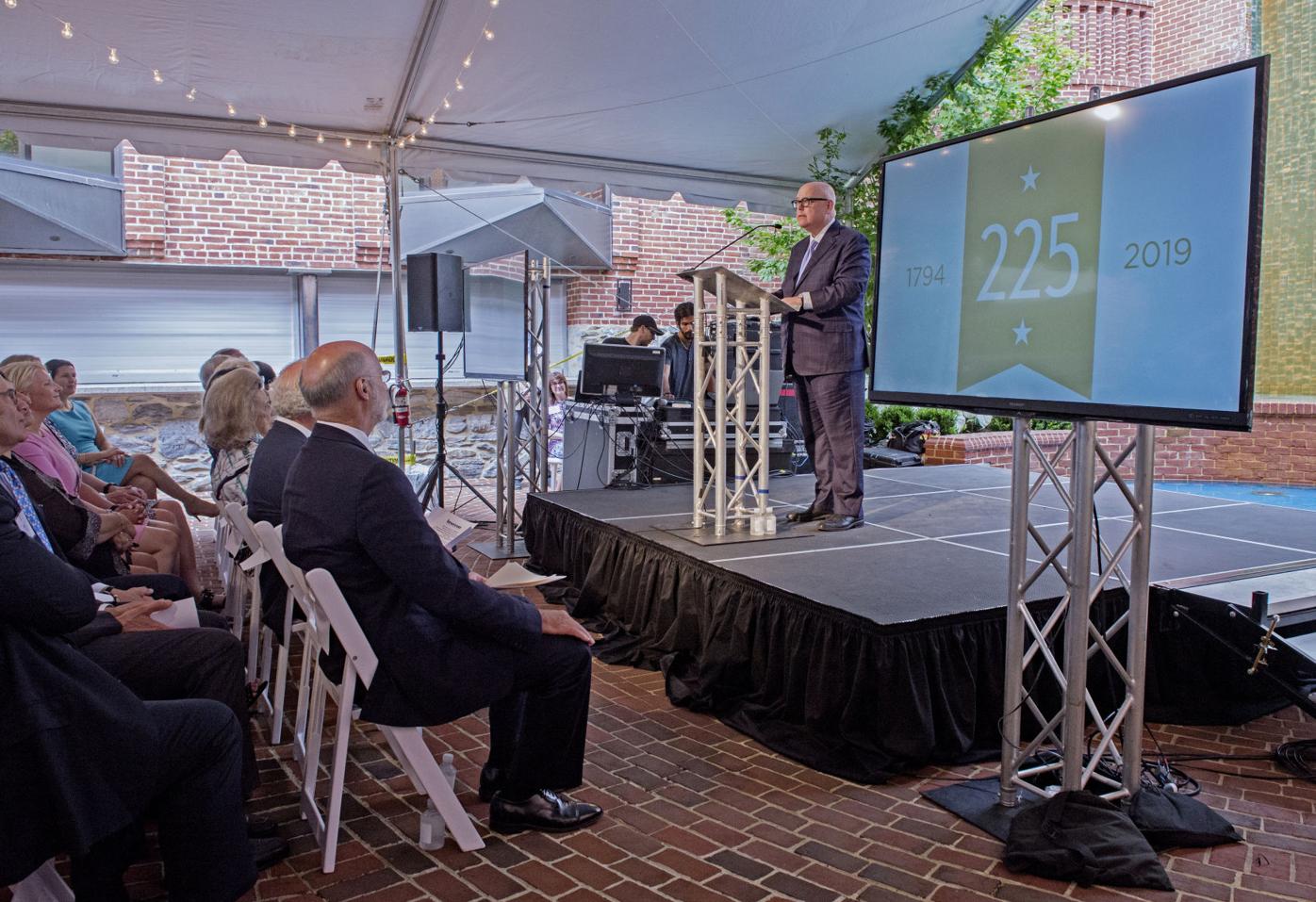 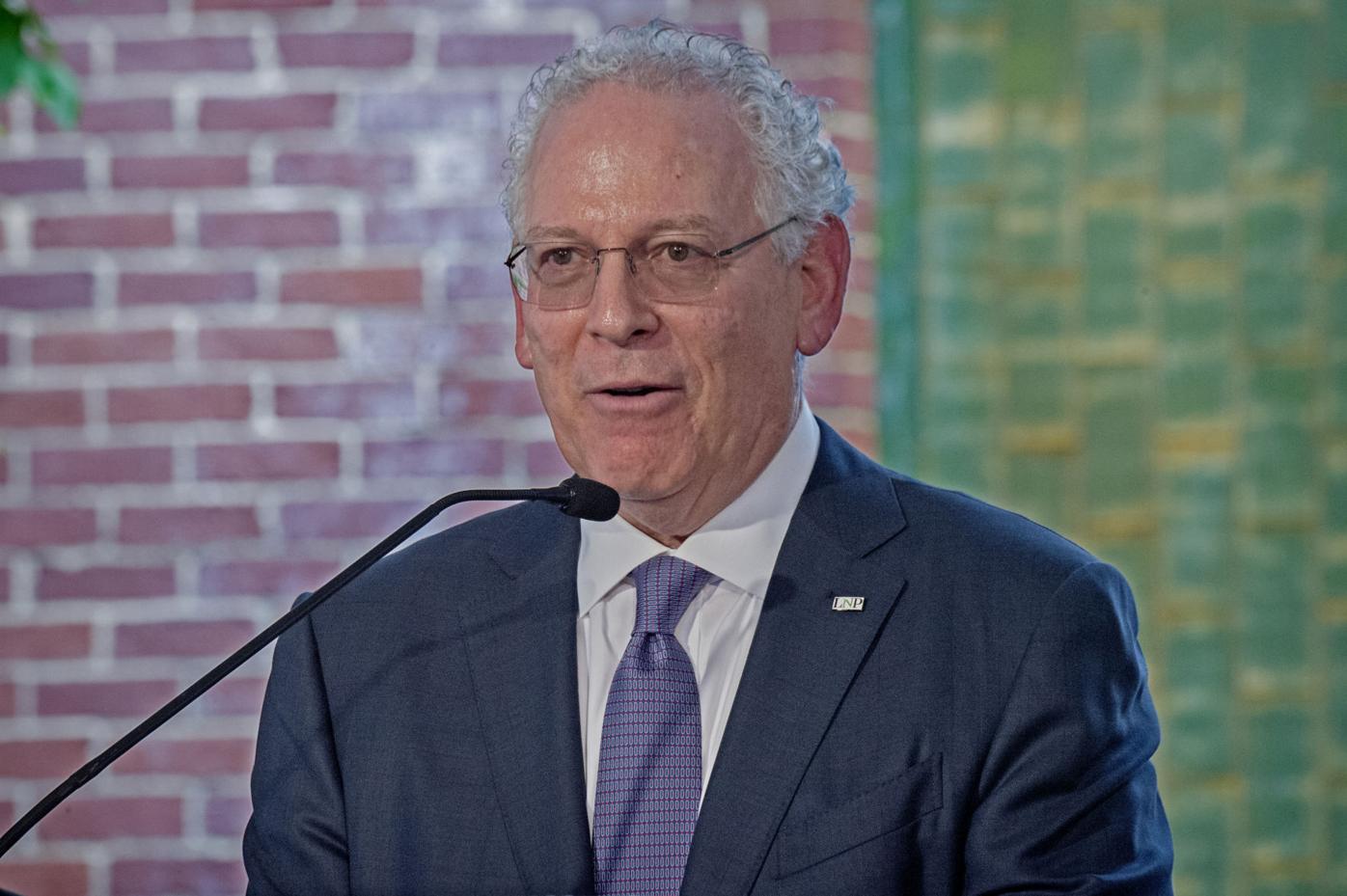 Robert M. Krasne, CEO of Steinman Communications and Publisher of LNP speaks during the 225th anniversary celebration for LNP/LancasterOnline in Steinman Park in Lancaster, June 17, 2019. 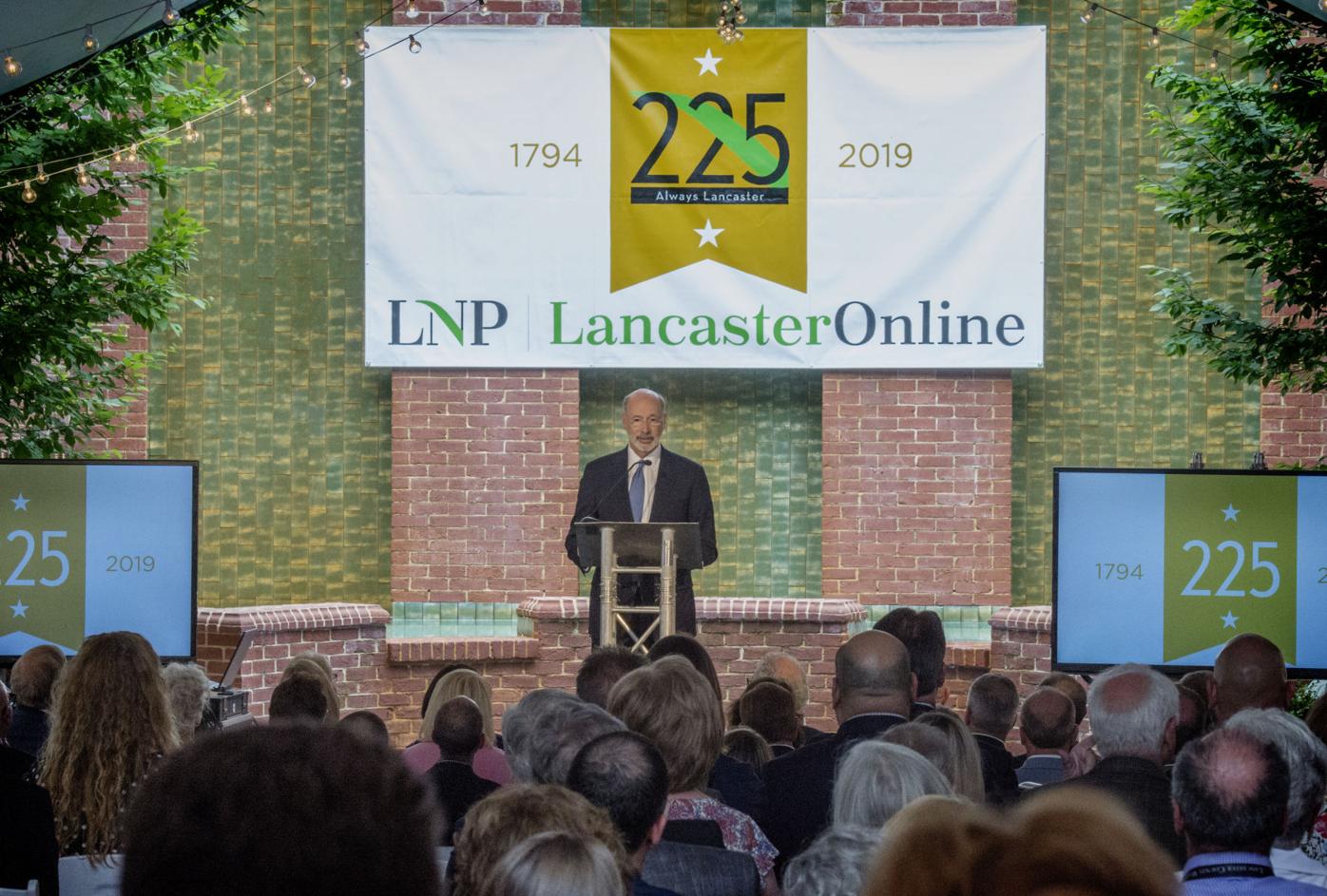 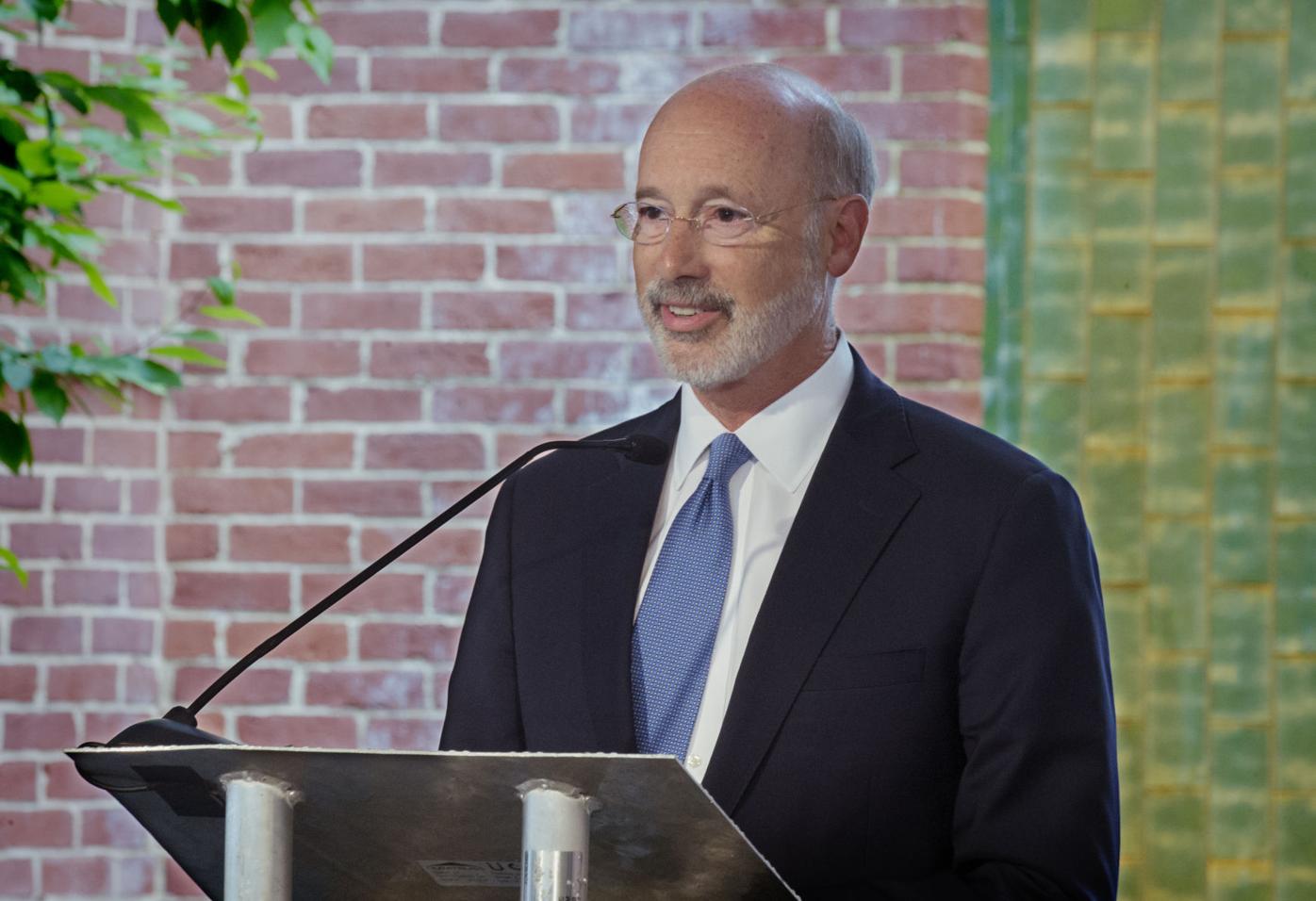 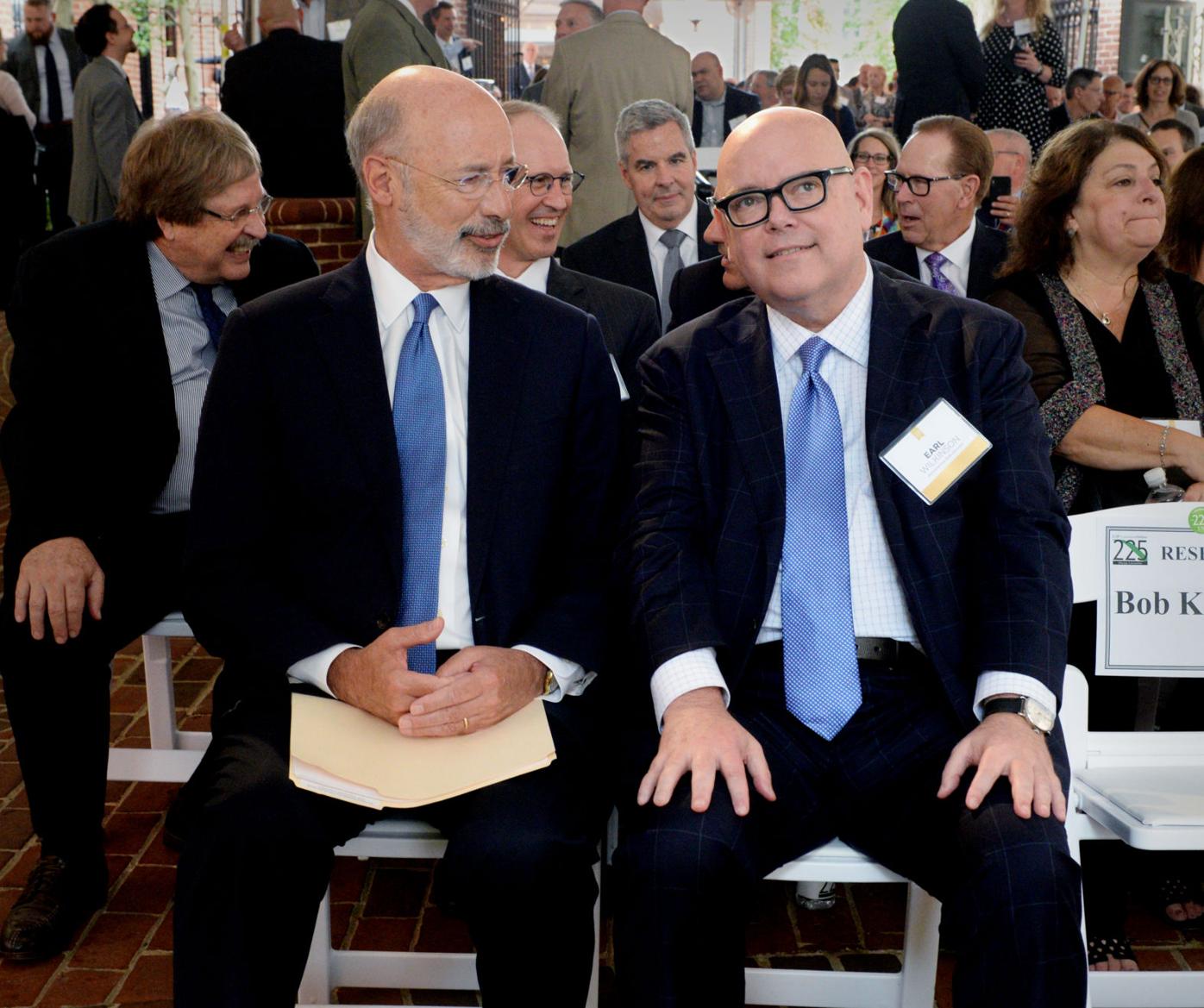 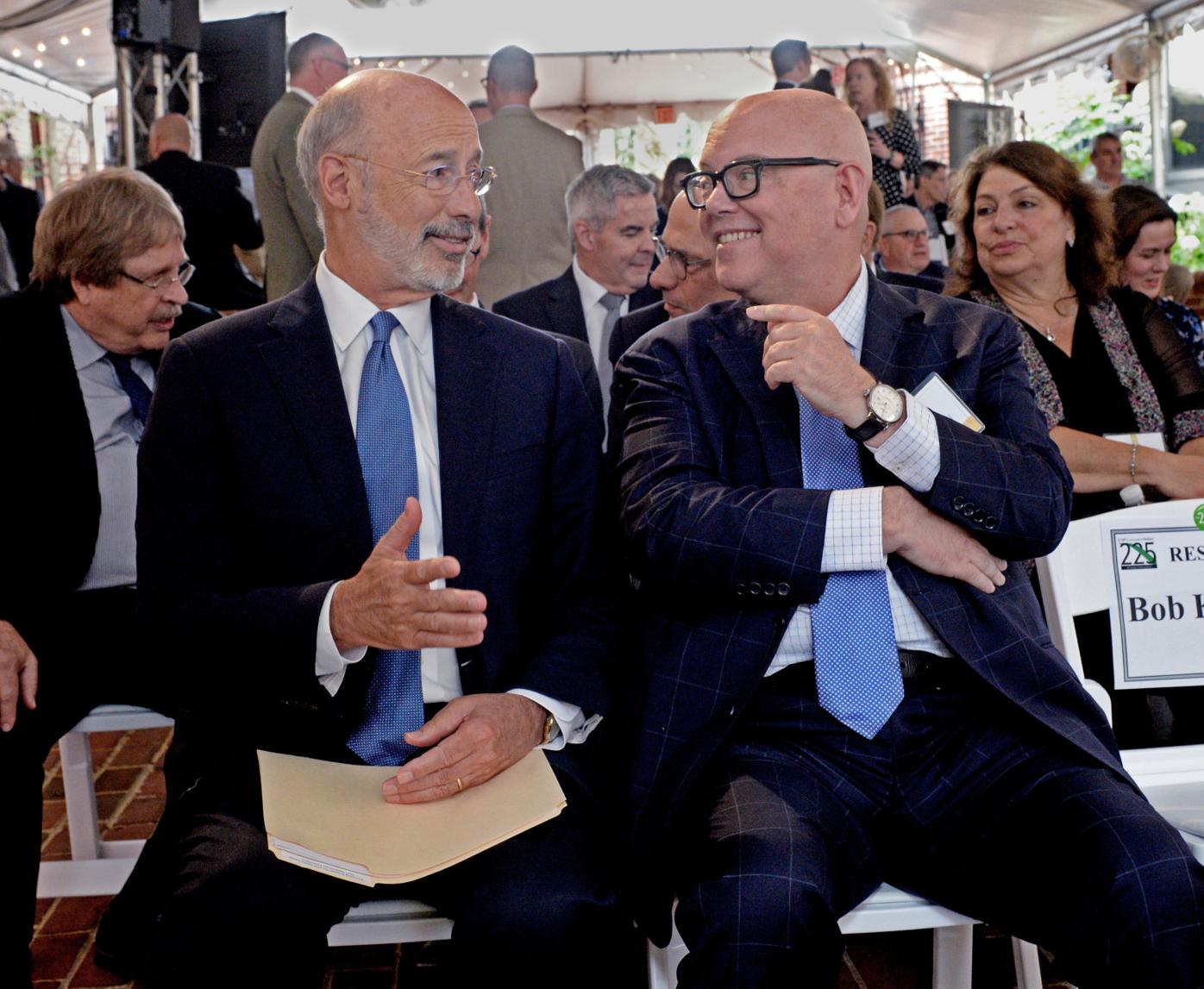 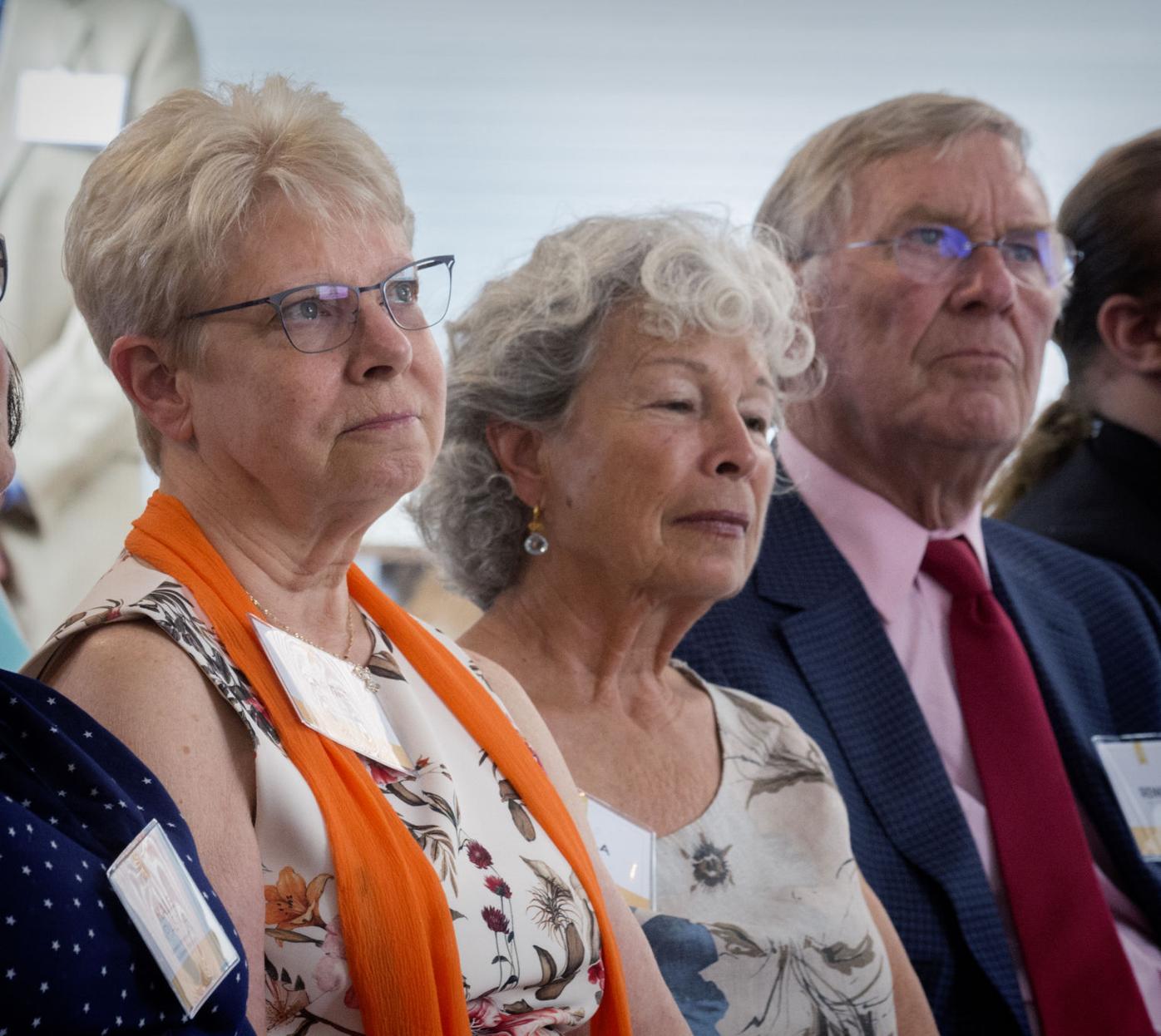 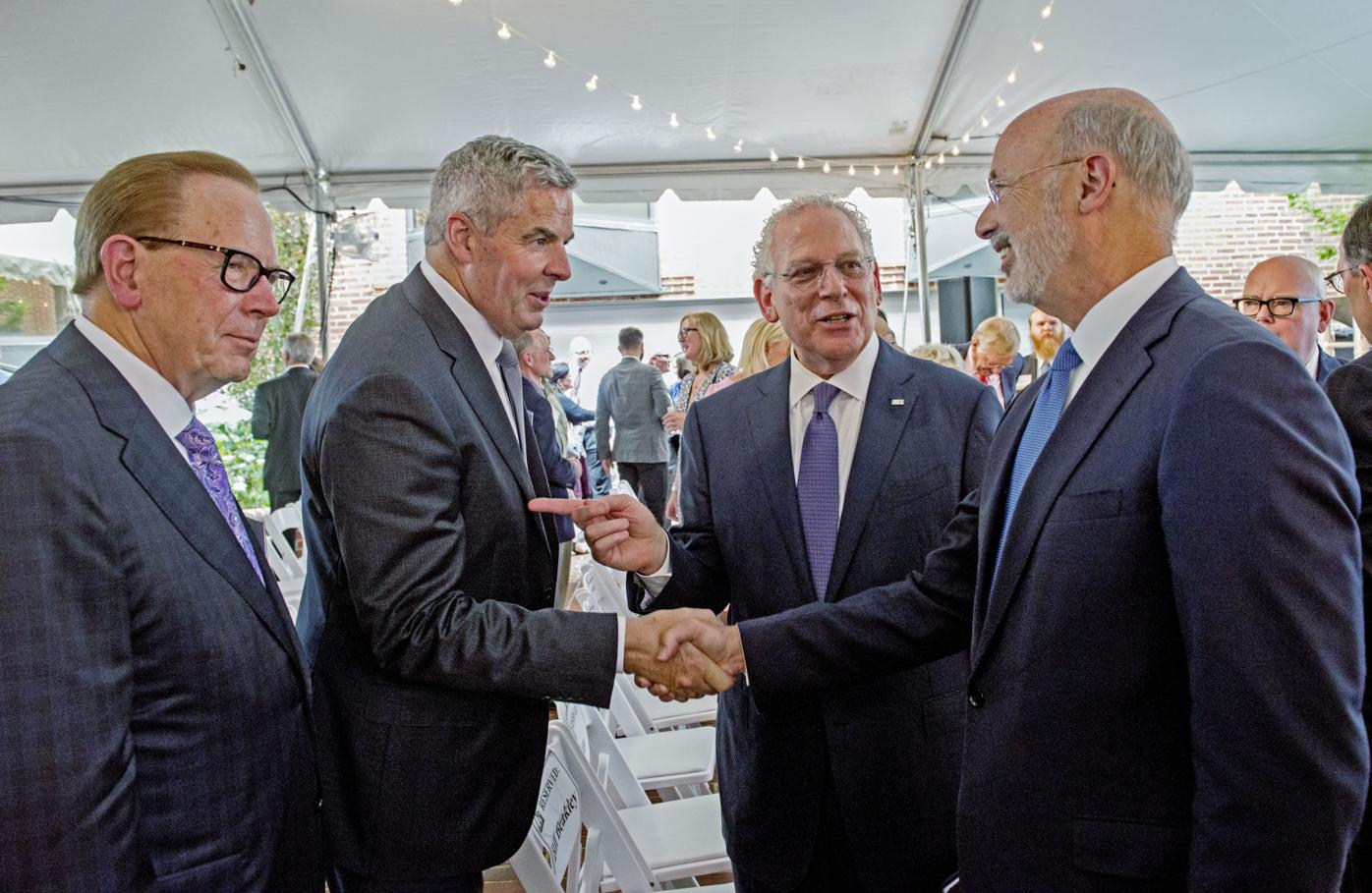 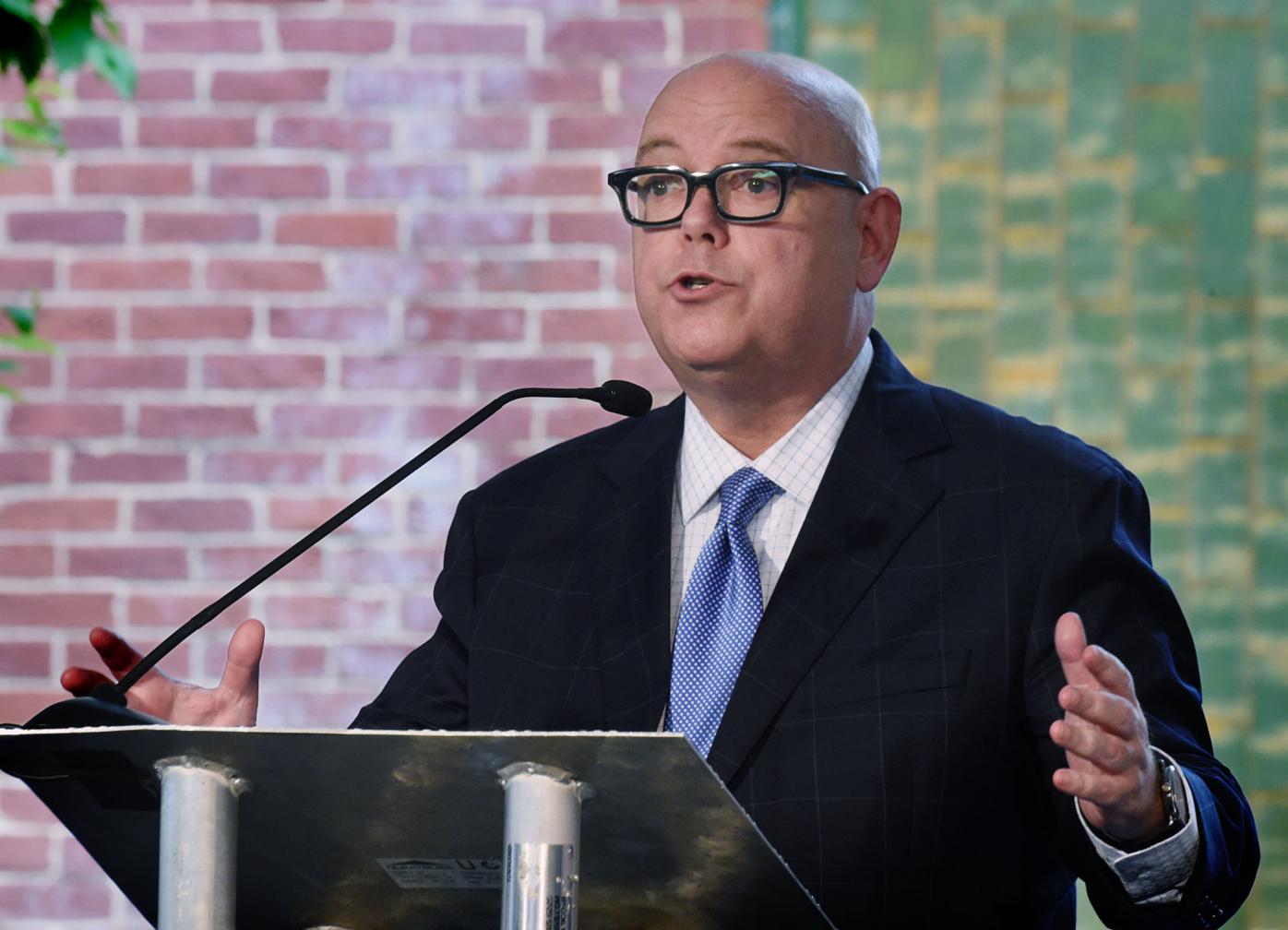 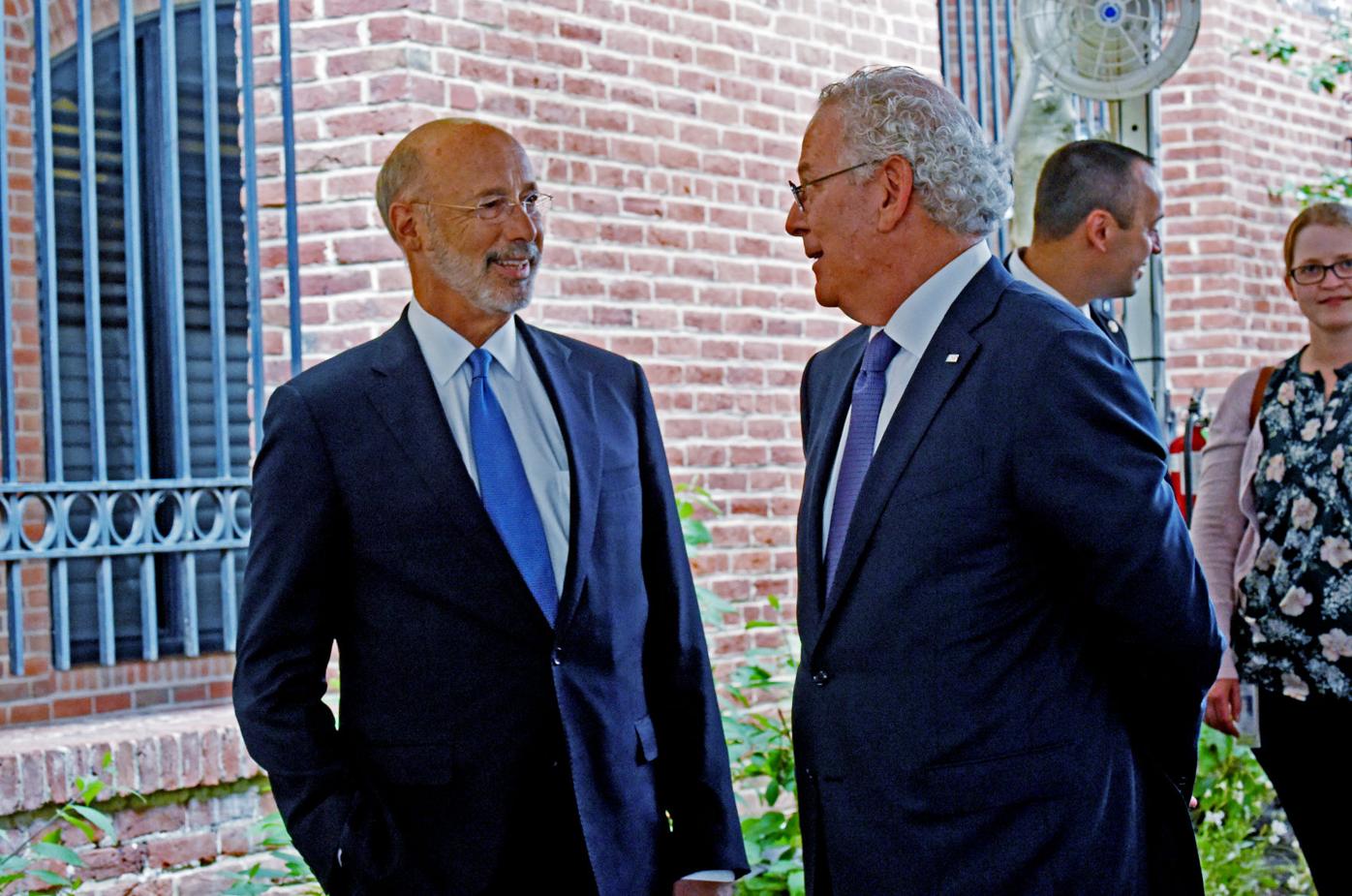 Robert M. Krasne, CEO of Steinman Communications and publisher of LNP, speaks during the 225th anniversary celebration for LNP/LancasterOnline in Steinman Park on Monday, June 17, 2019.

Robert M. Krasne, CEO of Steinman Communications and Publisher of LNP speaks during the 225th anniversary celebration for LNP/LancasterOnline in Steinman Park in Lancaster, June 17, 2019.

Inviting Gov. Tom Wolf and 150 community leaders to Steinman Park to celebrate 225 years of newspapering, LNP Media Group, publisher of Lancaster’s daily newspaper, committed to a sustainable future Monday with the announcement of three redevelopment projects, each a boost to the downtown’s expanding renaissance.

Robert M. Krasne, CEO of Steinman Communications and publisher of LNP, said the real estate projects are tied to the family-owned company’s ongoing commitment to local journalism at a time when many communities are seeing newspapers close.

Krasne announced that printing of LNP will return to Lancaster County after a five-year absence and that the Steinman family has decided to forgo dividends and to reinvest profits into LNP to keep the newspaper viable in these rocky times for print publications.

“Please know that LNP has not escaped the challenges facing our industry as revenues have dropped and expenses have risen,” Krasne said in remarks under a big tent. “But the path we are taking is different. While others emphasize digital first or cash flow for their shareholders first, LNP/Lancasteronline puts its readers first.”

Krasne emphasized LNP’s watchdog role in holding government leaders accountable through the filing of open records requests — over 100 in the past year — and litigation.

Gov. Wolf said feeling the heat from newspapers can be “uncomfortable, but it’s necessary.”

“We need you, LNP, to continue to play your part, shining your light into the darkest corners of our world, to expose corruption and to highlight greatness for all the years ahead,” Wolf said in formal remarks.

Earl Wilkinson, executive director and CEO of Dallas-based International News Media Association, called LNP Media Group “an intellectually curious company” that considers potential solutions from every source to figure out how to survive a challenging environment.

“While we celebrate their longevity and their past today,” Wilkinson said, “know that they are actively working on their future.”

“Nothing distinguishes LNP Media Group more than your love of Lancaster County,” he added. “You are creative. You are entrepreneurial. You want to reflect your community’s values.”

Production and some circulation workers will move to Hempstead Road in the Greenfield Corporate Center in East Lampeter Township, where a state-of-the-art press will begin printing LNP next April after its contract with a Mechanicsburg printer expires.

Details for the vacated offices at 8 W. King St., where the Steinman family’s newspapers operated since 1906, and several flanking buildings have not been disclosed. The properties will be sold to Pittsburgh-based Zamagias Properties, a family-owned company that Krasne said has the expertise to revitalize architectural gems.

“It all sounded great,” former Lancaster Mayor Art Morris, a civic watchdog, said after the speeches. “I haven’t been able to figure any negatives from what was said today. It’s a wonderful commitment.”

“As much as I might argue with the newspaper from time to time, I think it’s a very important part of Lancaster,” Morris said.

Lancaster newspaper archives from 1795 to now will be available online; here's how to explore them

“Sometimes that means we’re not going to see eye to eye on certain issues, but it’s very valuable,” Sorace said, “and I think that it promotes a kind of community conversation that wouldn’t be happening if LNP weren’t here.”

S. Dale High, chairman emeritus of High companies, called LNP’s 225-year history “impressive, but more impressive is the commitment that’s being made for the future.”

Tom Baldrige, president of the Lancaster Chamber, said the Steinman family’s decision to reinvest profits into local news coverage “says a lot about their values.”

“I don’t think you can overstate the importance of a free press and reporters doing their jobs in every local community in this country,” Baldrige said.

Willow Valley Communities has won national plaudits for its campuses in West Lampeter Township, which together constitute Lancaster County’s l…

Across the United States, newspapers are disappearing. Over 60 dailies and 1,700 weeklies have ceased publication since 2004 as the internet d…

This week, Lancaster Watchdog checks on a county-owned bridge that has been closed for repairs for nearly a year, and checks back on AMVETS Po…

Why are news stories reported in townships rather than by town names? [Ask an Editor]

Why do obituaries appear online at different times of the morning? [Ask An Editor]

At their first meeting, Don Hoover recalled, Bill Burgess was standing outside in miserable winter weather, engaging attendees of an agricultu…

One of the earliest and most vivid memories I have of holding this newspaper is as a young teenager. My dad, who worked on the presses, would …

LNP begins transition to a new press in Lancaster County this week. Here's what it means for your newspaper

Buffeted by steep declines in advertising and circulation, hometown journalism has become an endangered enterprise with 2,100 newspapers close…