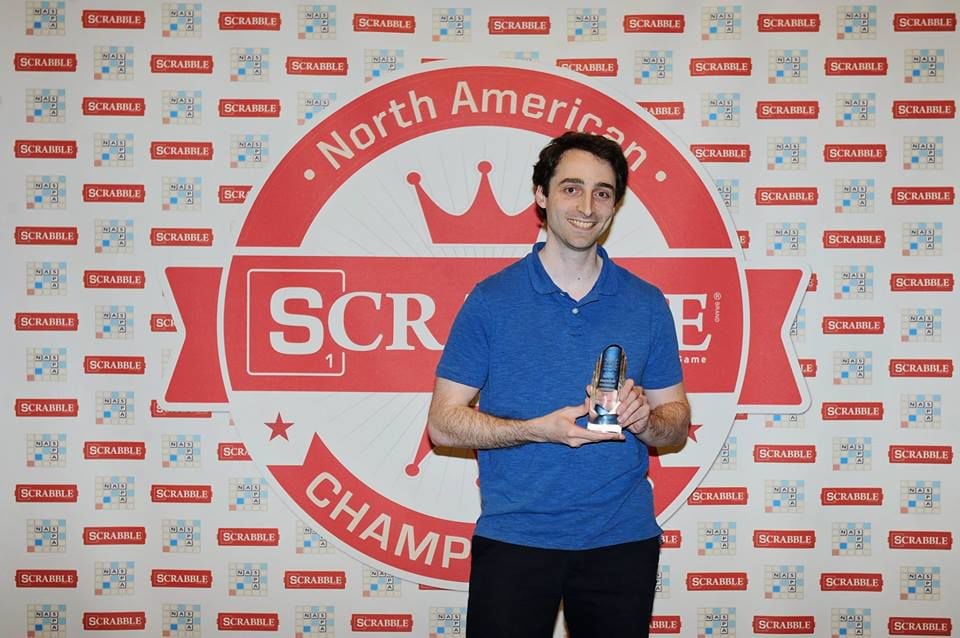 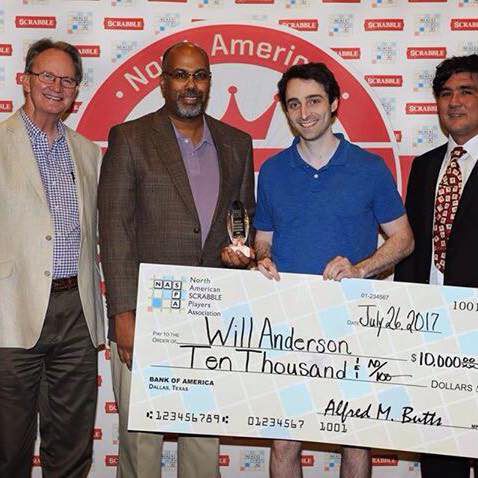 Will Anderson holds an oversize check after winning $10,000 at the North American Scrabble Championship last week in New Orleans, Louisiana. The tournament took place from July 22-26, 2017.

Will Anderson holds an oversize check after winning $10,000 at the North American Scrabble Championship last week in New Orleans, Louisiana. The tournament took place from July 22-26, 2017.

Will Anderson’s love of words paid off for him in a big way last week when he won the $10,000 top prize at the North American Scrabble Championship.

The 32-year-old textbook editor from Lititz said he began playing the board game in 2009.

He said he started out playing the word game Boggle until a friend suggested Scrabble.

“I thought it was just going to be a one-time thing,” Anderson said. “I never considered leaving my house to play word games.”

Anderson was one of more than 350 players from eight countries to compete in the tournament, which was held July 22-26 in New Orleans, Louisiana.

He said his favorite winning word from games he played during the tournament was “umbelule.”

Anderson said he didn’t know what the word meant when he used it — he said it’s a really small group of flower clusters — but he remembered it from studying the Scrabble Dictionary.

He said he spends a portion of his time studying the words in the dictionary, memorizing their spelling. He said their meanings are mostly irrelevant to the game of Scrabble.

In fact, Anderson said, there are some top-level Scrabble players who don’t even speak fluent English.

Anderson said he is still learning about the Scrabble scene in Lancaster.

“The Scrabble scene is kind of patchy throughout the country, but there are many options to play online,” he said. “I would love to get a vibrant Scrabble scene going in Lancaster. ”

He described competing in Scrabble at such a prominent stage as grueling.

“Scrabble is a hard game to play at that elite level,” he said.

The day after he won the championship in New Orleans, Anderson spent some time replying to the accolades from friends on Facebook.

“I still can’t believe yesterday really happened,” he posted July 26. “I’m completely overwhelmed by all the support and kind messages I’m receiving from all corners of my life. I definitely want to thank everybody individually when things calm down, and I’m very sure I’ll have much more to say about Nationals in general later, but for now — thank you all, truly.

“It’s an incredible feeling to share this milestone in my life with you all,” he wrote.

As for what he intends to do with his $10,000 prize: “I love the fact that I got as much as I did, but no one plays Scrabble as a profitable career,” he said. “My girlfriend and I may use it to go to San Francisco for a tournament and to see family.”