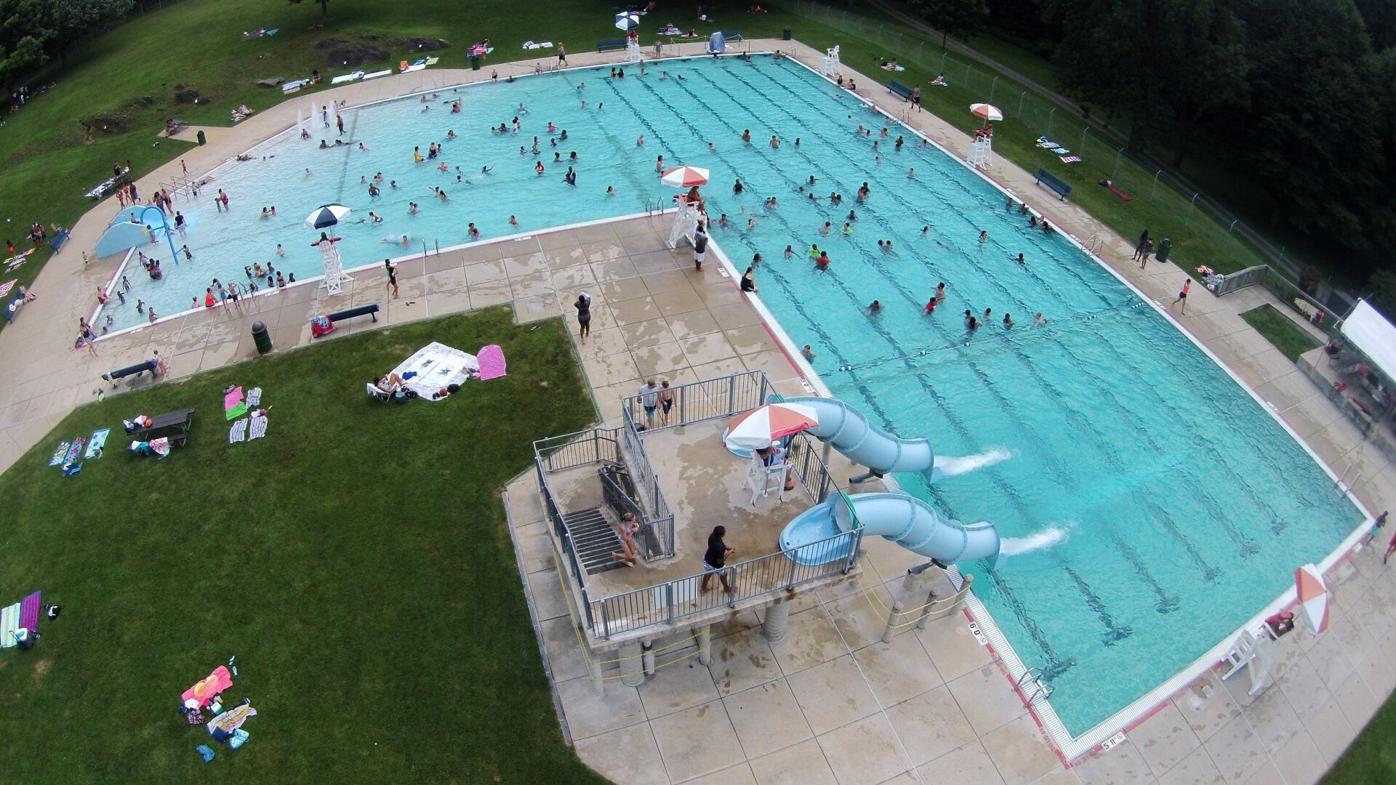 An aerial view of Lancaster County Swimming Pool is seen in this undated LNP file photo. 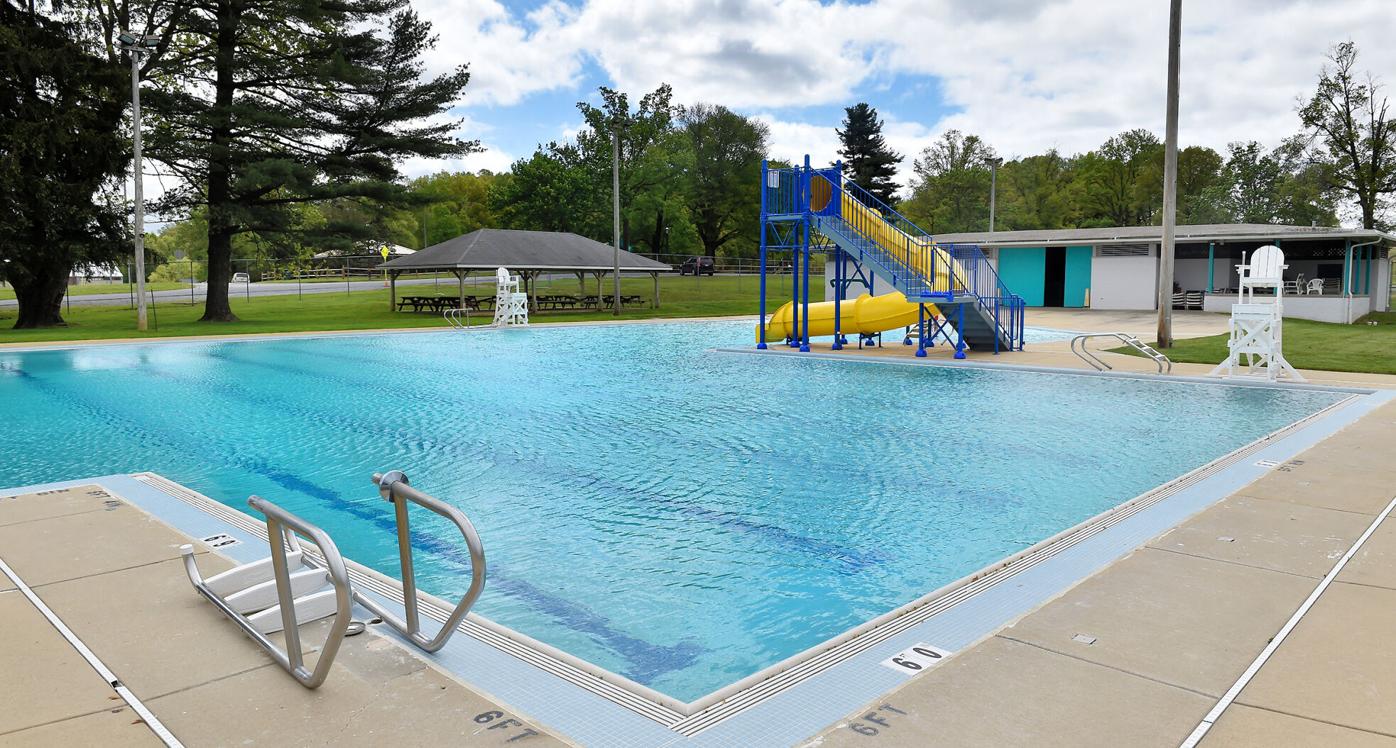 Staying cool this summer might be a bit trickier for some Lancaster County residents as a labor shortage has forced at least one local swimming pool to open only on weekends.

Citing a “significant lifeguard shortage,” the Lancaster County Department of Parks and Recreation announced Wednesday that Lancaster County Swimming Pool will only open Friday through Sunday this season.

The West Lampeter Township pool located in Lancaster County Central Park has 11 of the 18 to 20 lifeguards it needs to operate at full capacity, according to Paul Weiss, an administrator for the parks and recreation department. The lifeguards that were hired had limited availability throughout the week, he said, with most only able to work Friday through Sunday.

“It just wasn’t feasible to open (the rest of the week),” he said.

While only one other county pool LNP | LancasterOnline reached out to said a staff shortage could force it to alter its hours, other pools shared incentives to help attract lifeguards so they can keep their pools operating on a normal schedule.

Weiss said for the pool to operate safely, nine lifeguards need to be on rotation for the full day. If certain parts of the pool are closed off, the park can get by with scheduling only four lifeguards, but it’s not sustainable.

“We can only do that for so long,” he said. “That burns up staff very quickly.”

The pool is offering refunds to anyone who purchased season passes, which sold for $40 for one or $300 for eight. Weiss said people can keep their passes to use this season, though new ones will not be sold. Admission to the pool is $8. There is no cost for children 3 and younger.

“We also want to get a jump on the competition in a way,” Weiss said.

Additionally, any employee who referred a friend received a $50 bonus. Even pass-holders were initially given a 25% discount on their season pass if they could make a referral.

“Our primary goal (Wednesday) as we reached a crisis point was to ensure that we could keep the pool open as much as we could for as many people as we could,” he said.

Before opening day, Weiss said he had about 14 lifeguards hired but lost a few to pools with higher wages who were also desperate to hire as many employees as possible in the competitive labor market.

The parks and recreation department will soon begin strategizing how to retain and recruit a full staff for 2022.

Not out of the ordinary

Lancaster County Swimming Pool is not the only pool struggling to maintain a full staff.

Shandell Kauffman, owner and manager of Nickel Mines Pool in Bart Township, said she usually hires between eight and 12 lifeguards, but only has seven this season.

She said the staff shortage may force the pool to open later or close earlier on some days. The pool is open from 11:30 a.m. to 8 p.m. Monday through Saturday, and noon to 6 p.m. on Sunday.

Kauffman said she increased the admission rate by $3 to $13 for adults and by $2 to $10 for children due to a higher demand for use of the pool.

She said she raised the wages for lifeguards but didn’t want to share the amount. The Nickel Mines Pool Facebook page has a listing offering $12 to $15 per hour for certified lifeguards.

Rick Kerns, Southern End Community Association director, said difficulty finding lifeguards isn’t out of the ordinary. Prior to working at SECA, Kerns worked at Hershey Hotel and often was faced with a lifeguard shortage.

Kerns said SECA hit its target range of 15 to 20 lifeguards with a staff of 17 this season. He said employees are paid $8.50 an hour and receive pool membership, which is worth $169.95.

Additionally, lifeguards are paid their hourly rate while completing certification classes. They do have to pay for the course, however.

“We have a very well-knit group of lifeguards,” Kerns said. “They have done a great job for me recruiting, just because they all enjoy their jobs and have been here for quite some time.”

Lifeguards at Hillcrest Swim Club in Akron start at $7.50 per hour and receive a pay increase with each year of experience, according to Sharon Martin, the pool’s manager.

“We’d love to pay them a little bit more but because we’re private, we really can’t afford to at this point,” she said.

Martin said she just hired a lifeguard, which brought the number of lifeguards there up to eight. She is targeting a staff of 10 lifeguards and said interviewed two more Thursday.

She said it’s not the pay that keeps lifeguards coming back year to year – it’s the flexible schedule.

“I tell the kids all the time, it’s not much pay, but you’re not going to go to most places and get a job and tell them the hours you want to work,” Martin said.

Lifeguards also get a pool membership, which is worth $150.

David Adams, pool manager for Conestoga Pines Pool, said his staff of nine for the season is comprised of mainly returning lifeguards.

The starting wage is $8.50 per hour, and employees can bring their family to the pool for free.

The pool held a lifeguarding certification class at the pool. Those who worked throughout the summer as a lifeguard didn’t pay for the course.

Manheim Township has agreed to pay $43,000 to settle a lawsuit in which several Skyline pool…

When: Manheim Township commissioners meeting, May 3, in person in the Morgan Program Center …