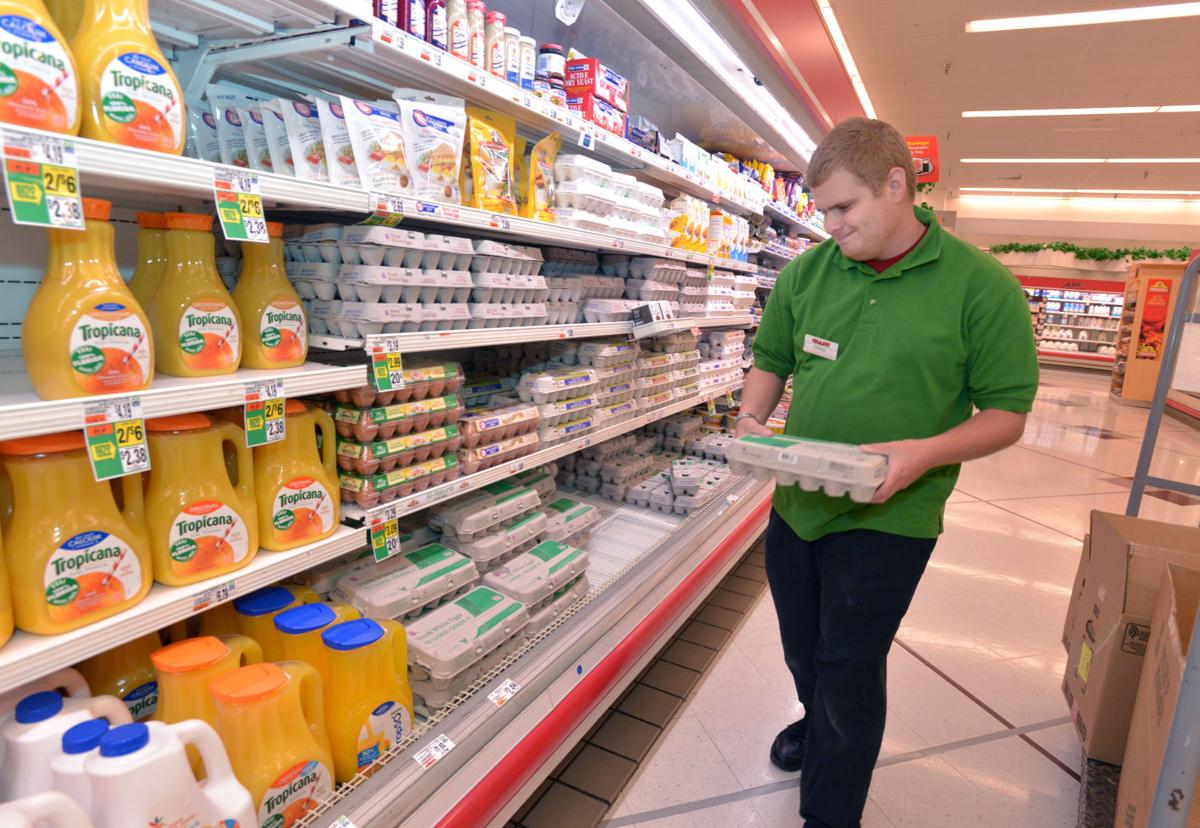 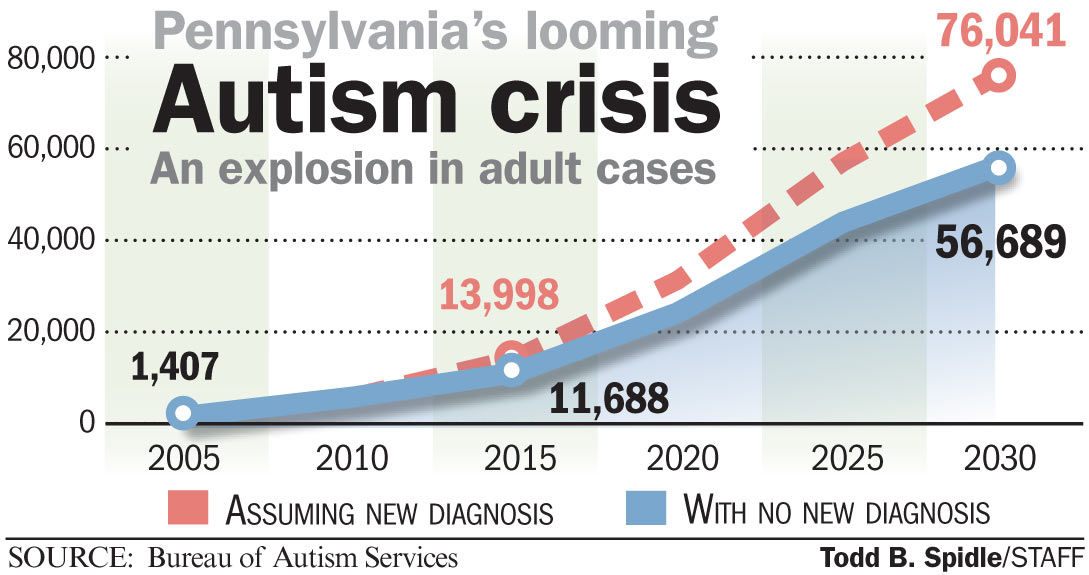 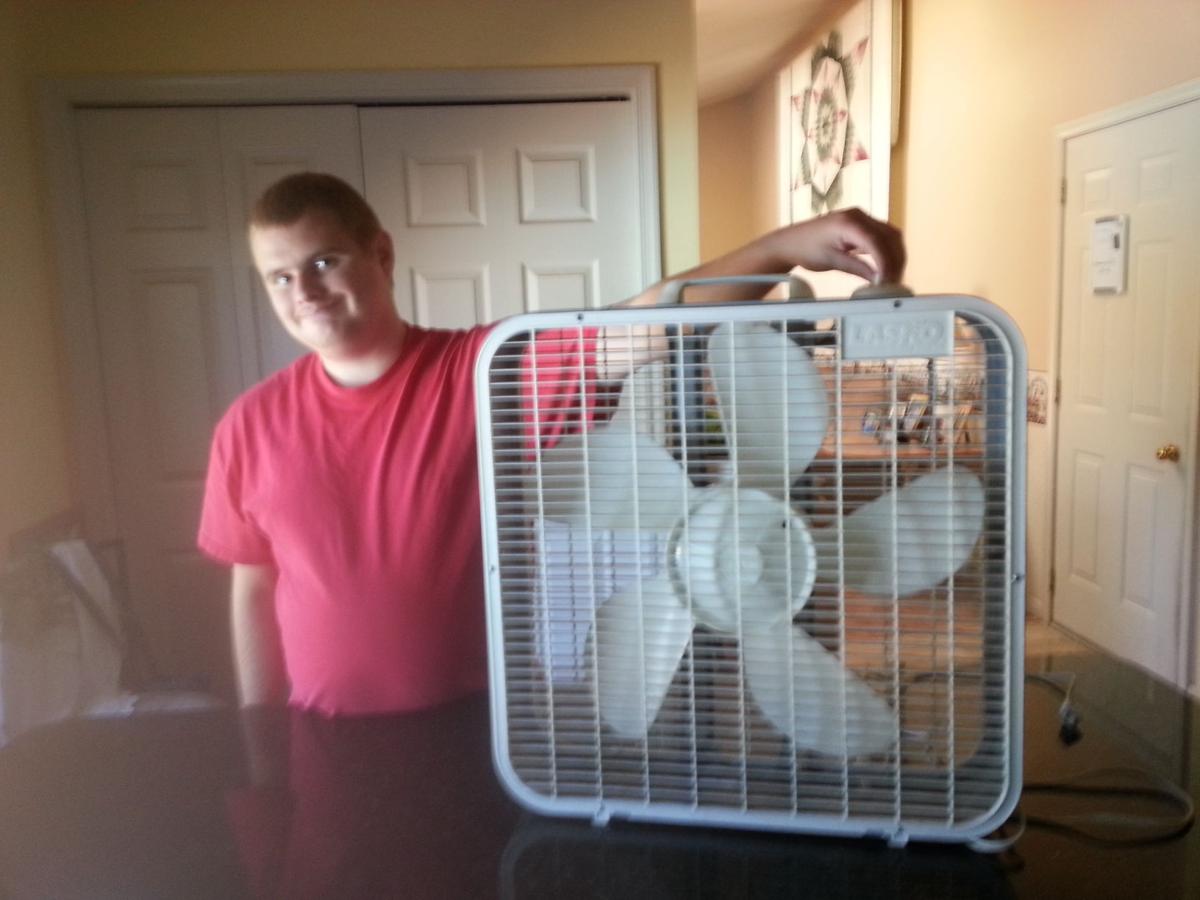 As clanging high in the church's bell tower died away, Travis Rohrer, a husky 21-year-old with autism, prepared to record the Sunday service.

In a Plexiglas-enclosed booth in the back of the church, Rohrer had control of geeky electronics and a view important to him: six twirling ceiling fans, four above pews and two in the annex.

Pastor Peter Schwabe-Fry stood to welcome 80-some parishioners at Muddy Creek Lutheran Church near Denver. Rohrer hit the record button and slid faders to boost the volume on three mics.

"There," he said, satisfied.

Autism is a complex developmental disability. It's often marked by difficulty planning, controlling impulses and maintaining eye contact. Some also fixate on a narrow interest.

Rohrer is drawn to fans, takes pictures of fans and spends hours on websites featuring fans. His personal collection numbers 20, including a box fan from his parents, Eric and Robin Rohrer, of Bowmansville, for his 21st birthday.

Coffee shop becomes a refuge of unwavering acceptance for an almost-22-year-old with autism and an affinity for Iced Chai Tea Lattes.

Usually harmless, Rohrer's hobby can verge on obsession, leading to difficult behaviors his parents struggle to redirect. They'd like help.

Rohrer is a Garden Spot High School graduate who drives, volunteers for Meals on Wheels and works part time as a dairy case stocker — all strides he made in school. But on turning 21, services dried up, putting him at risk of regressing.

"We always say at the age of 21 the (school) bus stops coming," said Nina Wall, who oversees the limited services for adults with autism in Pennsylvania.

Pennsylvania has more than 8,400 adults with autism, Wall said. Funding's available for 518.

Rohrer waits on a slow-moving list while his parents fret.

Marie Mambuca with Pittsburgh-based ABOARD, an autism network sponsoring more than 60 support groups across the state, said she's inundated by calls from parents of adults and adults themselves wanting help.

"Moms and dads are saying, 'We're tired,' " said Mambuca, adding, "It's hard to raise a child with autism for 20-some years, and there's not a whole lot of options when they become adults."

At the back of his church on a recent Sunday, gesturing toward the three closest ceiling fans, Rohrer told a visitor they're Charlestons made by Fasco and installed eight years before he was born. The fan closest to the altar is an Emerson, from the Builder Series, he said. It replaced a wobbling Charleston.

"They're all on the highest setting," he volunteered, except the Emerson. "That one's on medium because we don't want it blowing the papers off" the lectern.

One day last summer Rohrer's hobby took a troubling turn. He drove to Brightbill Body Works in Lebanon, which sells school buses equipped with fans, and he wrote a check for $90,000 — money he didn't have — to buy a bus.

Although no sale was made, Rohrer's parents' worries went up another notch.

Robin Rohrer, a registered nurse, said her son overcame many challenges growing up, and she usually found the publicly funded supports he received from early childhood through high school immensely helpful.

They led to Rohrer's part-time job at Giant supermarket in Leola, where supervisors praise his punctuality, reliability and thoroughness in keeping the dairy case stocked. "He’s a very welcome addition," said Rob Christensen, who supervised Rohrer for more than a year.

After Rohrer graduated, school-based behavioral counseling shrunk to just two hours a week. When he turned 21 on July 1, even that service ended.

Unmoored from the structure and support of school, Rohrer was often at loose ends. He killed time by watching online TV reruns such as "Sam & Cat" and "Girl Meets World" and by going to websites that feature fans.

"The problem is," Mrs. Rohrer said, "that Travis just thinks about fans all the time. We’ve had to lock him out of the computer because if he found something he wanted to buy, he would just buy it. He has been threatened with arrest for peeking into windows and taking pictures of fans on private property. When we go to a restaurant with a ceiling fan … he’ll go to the manager and say, 'Why is the fan off?' He’ll get very agitated. We’ve had to leave."

School buses pose an issue, too. Since he was little, Rohrer has wanted to be a school bus driver, in part because buses have fans. It's hard for him to accept that his disability and the medications he takes likely disqualify him.

"My parents think I might not be nice to (students on buses) all the time," Rohrer said. "What would I do that's not nice?"

"Travis," Mrs. Rohrer responded, "when things happen that are different from what you expect, you get very upset. And those things happen on school buses all the time. So it just would not be a very good job for you."

"No one would care about that," Rohrer said.

"Yeah, they would care."

"Why would they care?" Rohrer persisted. "Would I get in trouble with my boss a lot if I did that?"

"That would be my guess, yes."

"How would he know?"

The back-and-forth was a mild echo of an episode of prolonged rage in April when Rohrer's frustration over not being allowed to drive a bus boiled over. For two hours he screamed at his parents to call the governor and demand that school bus regulations be changed, Mrs. Rohrer said.

She finally called an ambulance, leading to Rohrer being seen in the emergency department at Ephrata Community Hospital and referred to a three-day-a-week treatment program at the Philhaven mental health facility in Mount Gretna.

It upset Mrs. Rohrer that her son ended up in the day hospital less than two months after Lancaster County Behavioral Health & Developmental Services (BHDS) deemed him ineligible for mental health services for his non-autistic diagnoses of anxiety, obsessive-compulsive disorder and schizoaffective disorder, the latter diagnosed only this year.

In response to a reporter's inquiry, Lawrence George, director of the $26.5-million agency, said he could not speak about a specific client, but explained that state regulations limit BHDS's mental health services to those adults with specific severe illnesses, and autism is not included.

On Aug. 1, Philhaven discharged Rohrer from the day hospital, adding to his parents' worries that without ongoing help their son's compulsive and impulsive behaviors could lead to new trouble.

George at BHDS sympathizes. "There remains a significant funding gap (for adults with autism), and there are individuals who obviously need more than they're getting," he said.

Rohrer's story is not unique. The more than 8,400 adults with autism in Pennsylvania are the vanguard of the thousands of children in the pipeline who will need services after they finish school.

Pennsylvania in 2008 began funding autism services for adults under a Medicaid waiver. The new state budget added funding in 2015 for 100 more adults, bringing the total to 518, or only 6 percent of the current estimate. The state projects spending $20.4 million in 2014-15. The average monthly cost per client last year was $3,878.

Wall of the state's Bureau of Autism Services sees no sign the squeeze for services will end anytime soon. The statewide waiting list is 1,250, more than double the number of funding slots.

"This isn’t a Pennsylvania story. This is a story of national significance" requiring creative solutions, Wall said.

Rohrer reached the top of the waiting list in February. His parents were delighted, and then came a blow. Because he was more than 90 days away from turning 21, he was not eligible for services.

Mrs. Rohrer was told to restart the process. She did, and her son went to the bottom of the list.

Mrs. Rohrer despairs because her son has started to go backward. She said he needs help managing his obsessions, working toward living on his own and feeling more comfortable around people.

"Travis tells me that he's lonely, and he'll tell me that he misses his (school) friends," Mrs. Rohrer said, "but he's just not able to reach out. He'll say to me, 'I want to be normal. I don't know how.' "

At 9:10 on a recent Thursday morning, Rohrer pulled from Trinity Lutheran Church in New Holland, a Meals on Wheels site, to make deliveries to elderly recipients on a 17-mile loop.

A two-hands-on-the-wheel, complete-stop-at-every-stop-sign driver, Rohrer pulled up to homes and apartments and waited patiently for people to answer the door bell.

At one door he knew to watch that a heavy-set cat named Ginger didn’t escape. Mostly, he had little to say to the regulars who've been on his route for a couple of years.

"See ya," he said to Ginger’s owner, Terry Gockley, after minimal chit-chat.

Rohrer completed his rounds in about 45 minutes and pointed his Honda Civic for home. He was alone again and not sure what he would do with the rest of his day.

Court: Some employers can refuse to offer free birth control

The Latest: China easing into reopening as local cases wane

Trump to US schools: Reopen or you may lose federal funds

Jeff Hawkes writes about social policy and the well-being of Lancaster County and its people for Lancaster Newspapers. He can be reached atÂ jhawkes@lnpnews.comÂ or (717) 481-6141.