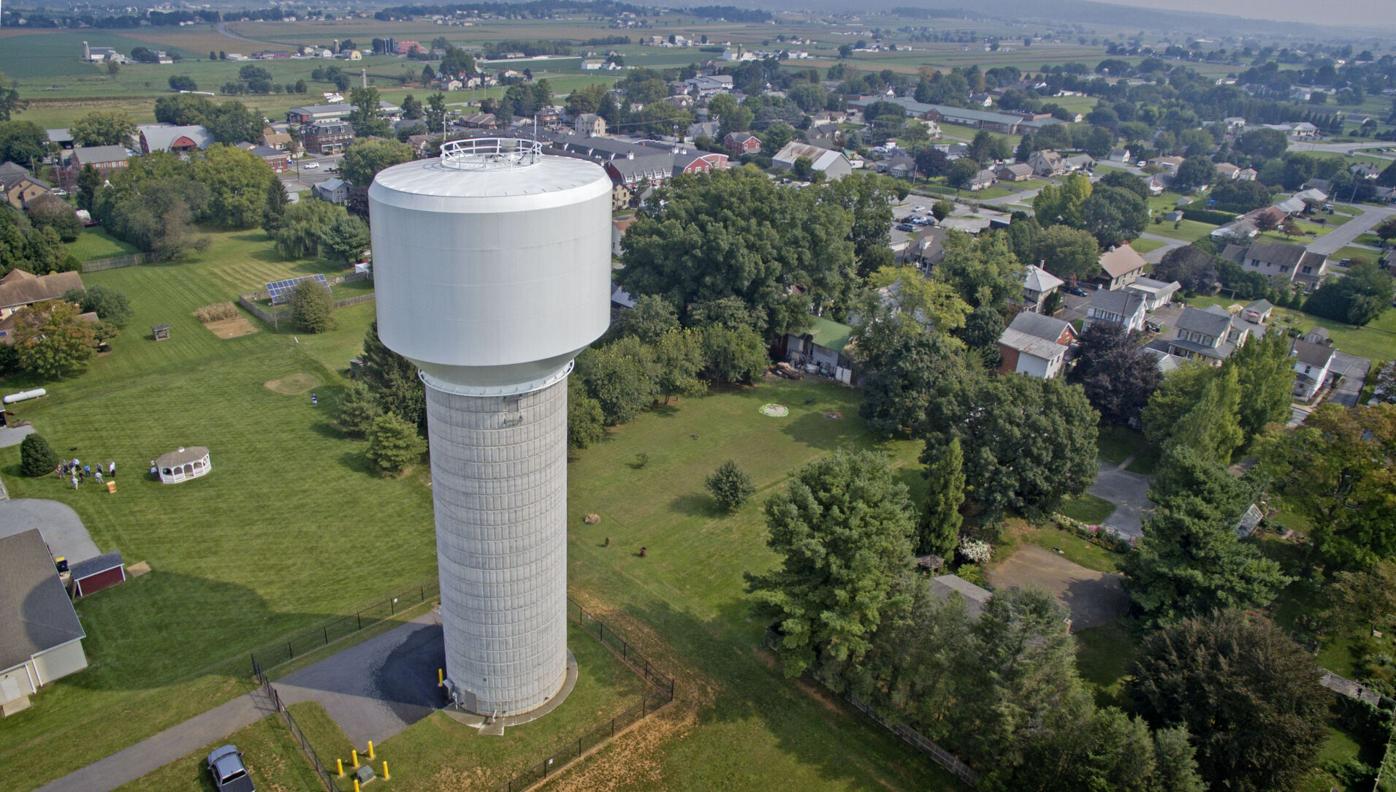 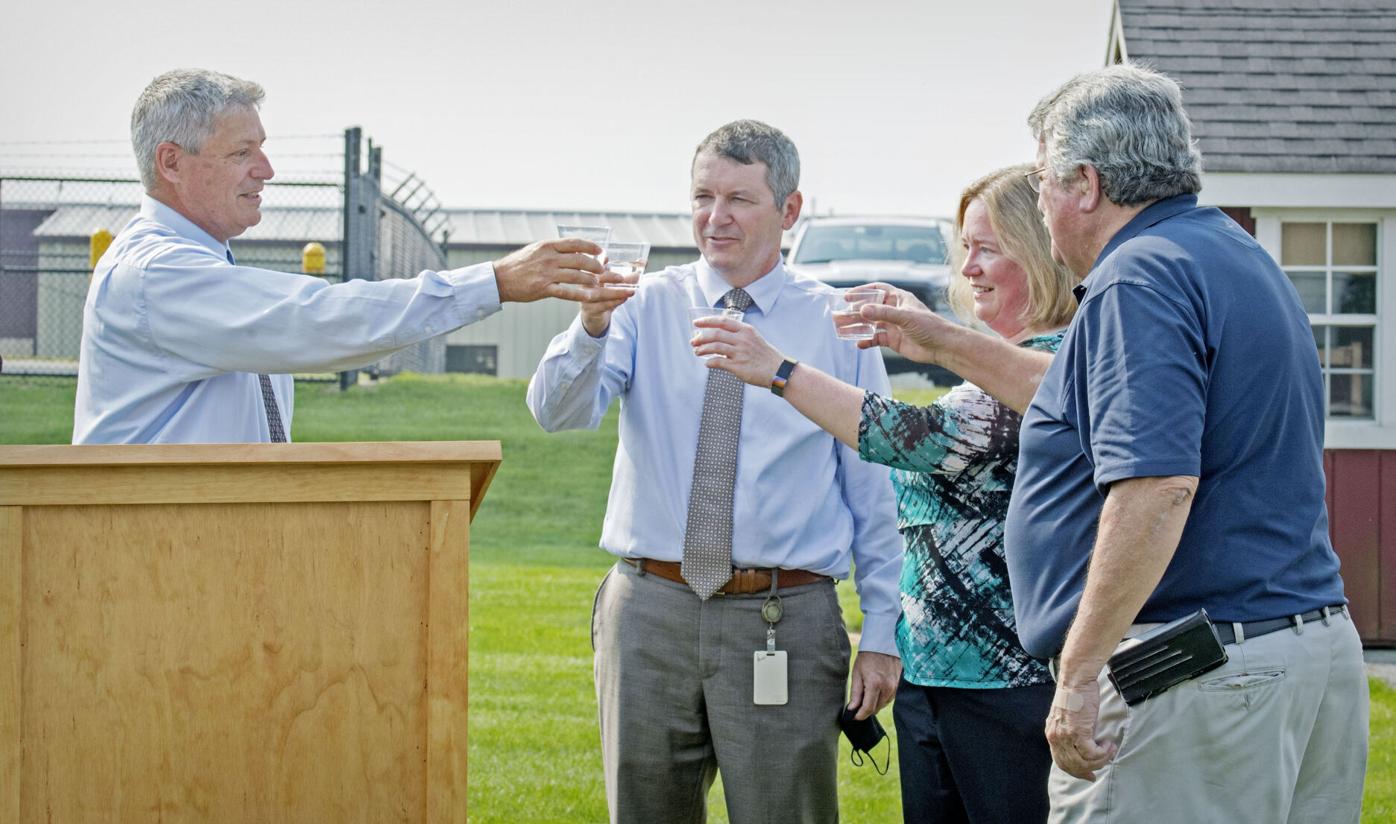 From left: Rodney Nesmith, director of Pennsylvania Department of Environmental Protection (DEP) southcentral regional office, Patrick McDonnell, secretery of DEP, Jennifer O’Reilly, senior operations manager principal geologist at Groundwater & Environmental Services, Inc., and Frank Howe, chairman of the Leacock Township Board of Supervisors, toast with a glass of water from the recently constructed public drinking water system in the Village of Intercourse Tuesday, Sept. 14, 2021. DEP handed off the system of Leacock Township in the ceremony. 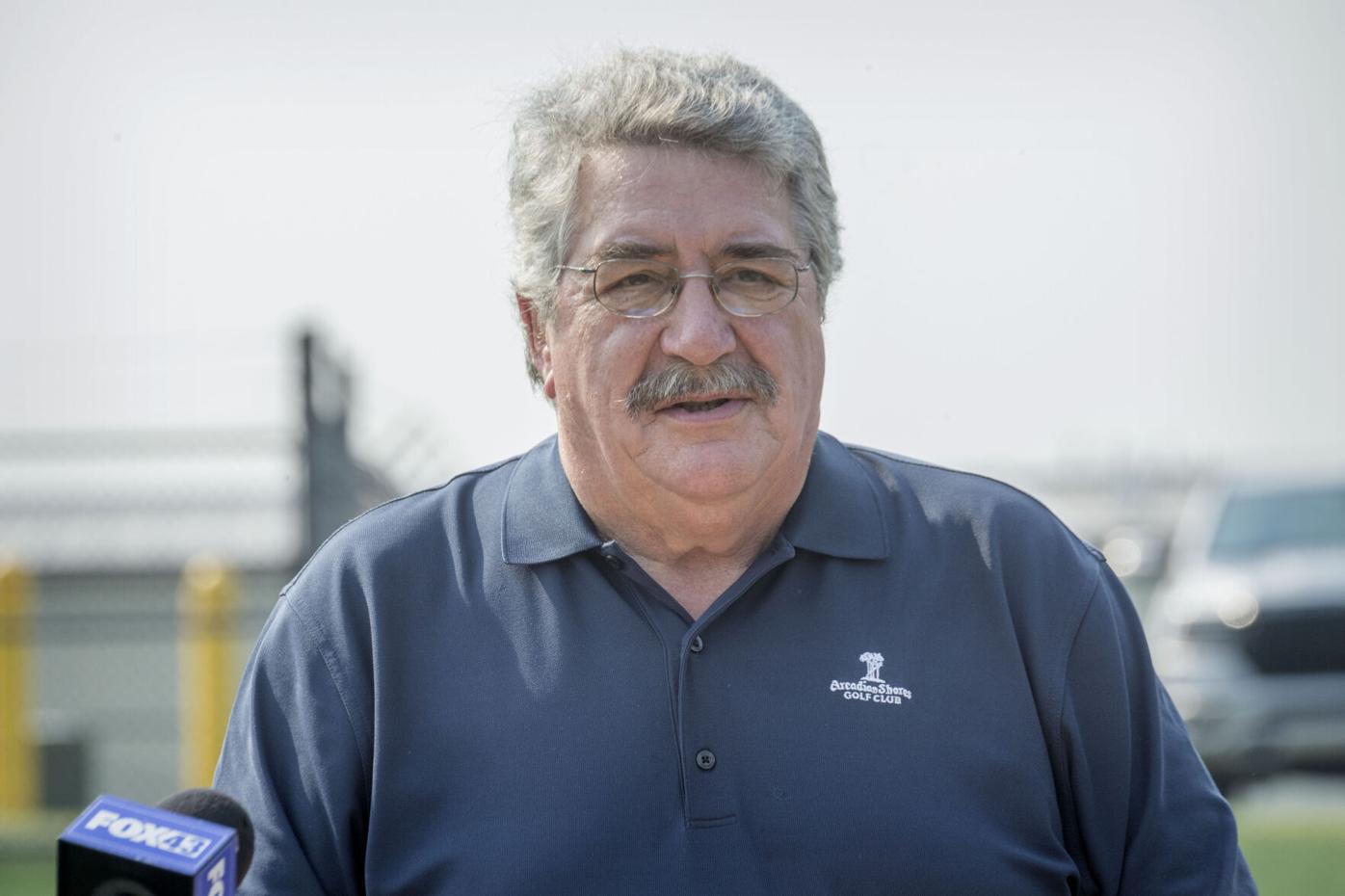 Frank Howe, chairman of Leacock Township Board of Supervisors, speaks during a ceremony where the Pennsylvania Department of Environmental Protection (DEP) handed off the recently constructed public drinking water system in the Village of Intercourse, to Leacock Township Tuesday, Sept. 14, 2021. 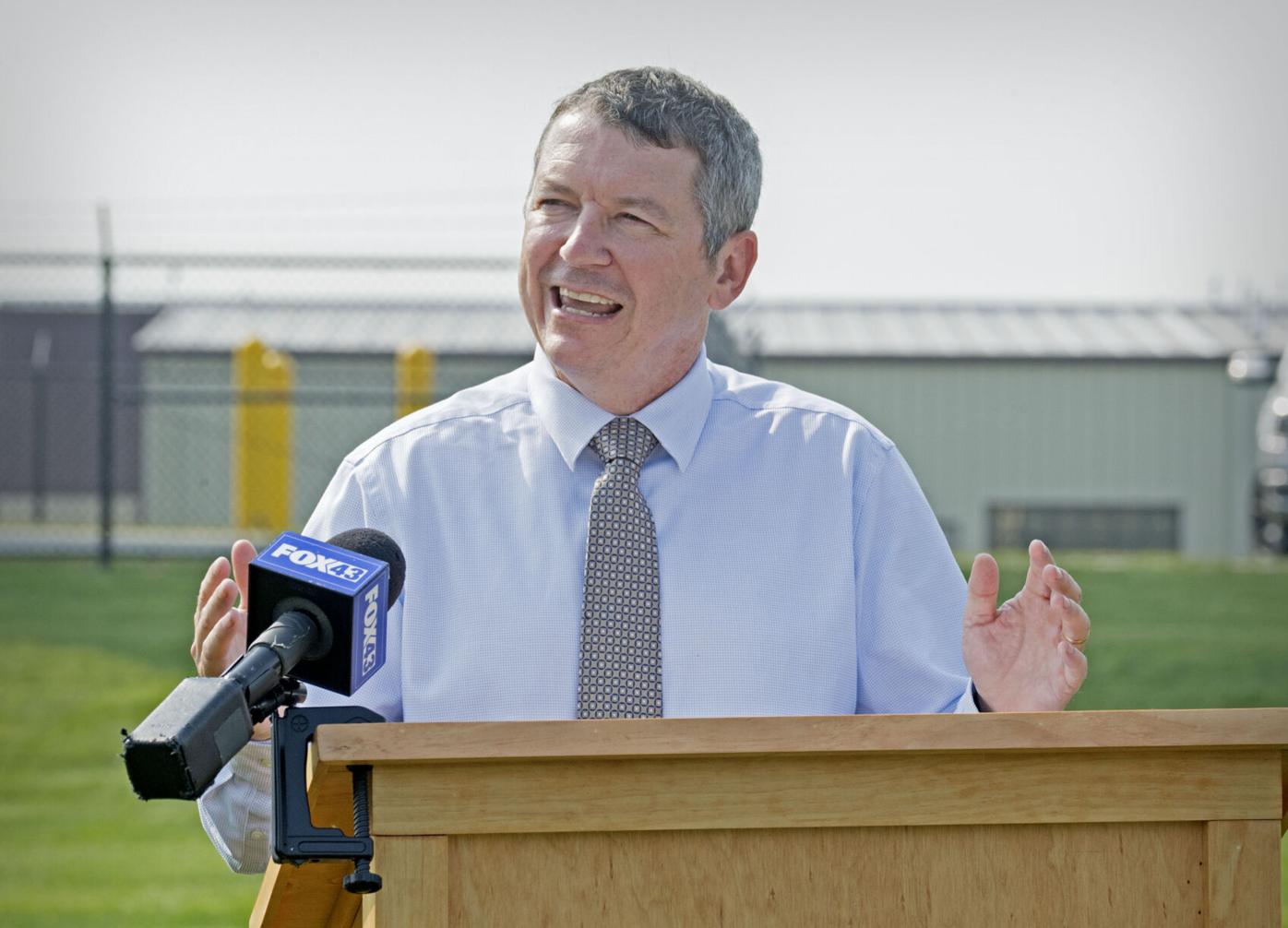 Department of Environmental Protection (DEP) Secretary Patrick McDonnell speaks during a brief ceremony where the recently constructed public drinking water system in the Village of Intercourse, was handed off to Leacock Township Tuesday, Sept. 14, 2021.

Frank Howe, chairman of Leacock Township Board of Supervisors, speaks during a ceremony where the Pennsylvania Department of Environmental Protection (DEP) handed off the recently constructed public drinking water system in the Village of Intercourse, to Leacock Township Tuesday, Sept. 14, 2021.

A 500,000-gallon water tower stretched skyward Tuesday morning in Leacock Township, serving as a backdrop as state and local officials raised clear glasses in a toast before drinking deeply.

There wasn’t anything fancy in their cups, simply water from a township tap. But the sip was satisfying, according to Frank Howe, chairman of the township’s board of supervisors. It signified the end of a decade-plus effort to create a clean drinking water source for dozens of residents whose wells had been contaminated with a harmful chemical.

“It was a scary thought for everybody,” Howe said, remembering when the contamination was first discovered in 2004.

On Tuesday, Howe was among about a dozen people to celebrate the township taking control of a new $25 million public drinking water system at the event outside of the Pequea Valley Public Library on Center Street.

The system, which serves 450 properties in the Intercourse area, had already been operating under state Department of Environmental Protection supervision for the previous year.

That’s because the project was mostly paid for with $22 million in funding granted through the department’s Hazardous Sites Cleanup Program, which focuses on remedying areas where the release of hazardous substances threatens human and environmental health.

Department officials wanted to make sure the system was operating smoothly before turning it over to township control, according to John Repetz, a DEP spokesman.

Tuesday’s handoff had been a long time in the making, dating back to 2004, when it was discovered that groundwater supplying private drinking water wells in the area had been contaminated with trichloroethylene. According to a DEP project document, the chemical “is used mainly as a solvent to remove grease from metal parts, but it is also an ingredient in adhesives, paint removers, typewriter correction fluids and spot removers.”

In 2004, private wells were the main source of drinking water in the Intercourse area.

That’s according to DEP officials, who said the chemical can cause cancer, and prolonged exposure also can lead to “serious neurological, cardiac, reproductive, and developmental health problems.”

As a result, officials were not able to determine how long the contaminant might have been present before it was detected in 2004.

A subsequent investigation by department officials eventually revealed that about 80 local wells had been contaminated beyond safe levels, which were established by the U.S. Environmental Protection Agency. That’s in addition to a least a dozen other wells with lesser levels of contamination, Repetz said.

Howe said initial reports of the contamination had him worried, not only about local residents but also the many tourists that visit the area annually. For some local residents, the problem was hard to grasp, he said.

“At first it was kind of disbelief because you can’t taste this in the water,” he said.

Investigators were not able to determine the source of the contamination or who was responsible for it, according to DEP officials.

Officials at Tuesday’s event said they were not aware of any adverse health outcomes as a result of the contaminated water.

While the department provided bottled water and single-property treatment systems for those most greatly impacted by the problem, a study eventually revealed in 2008 that constructing a public water system for the area would be the best fix, officials said.

After that, the $22 million was granted, funding construction of a treatment plant near the Leacock Township building on West Newport Road, as well as the water tower, three supply wells and about 7.5 miles of piping. According to Howe, township officials were able to contribute an additional $2.7 million to extend the scope of the project with another 2.5 miles of piping, including expected growth areas surrounding Intercourse village.

Following Tuesday’s handoff event, Howe spoke with David Linahan, a project engineer with GES Groundwater and Environmental Services, estimating that about 1,400 of the township’s nearly 5,800 residents will be served by the new system.

Construction of the system began in late 2016, wrapping up in September 2020. Tuesday’s event marked a year of operation. DEP Secretary Patrick McDonnell was in attendance.

“This has been a long, complex process. It was a massive undertaking from start to finish,” McDonnell said. “But thanks to the dedication of everyone involved, clean, public water is flowing from the faucets in Leacock Township.”

Tethered to a heavy-duty cable, a commercial dumpster splashed and scraped Saturday as it wa…

A farmer’s plan to build a 40,000-bird duck barn in Colerain Township was halted Thursday ev…

Anita Darpino began her Aug. 22 email to the Watchdog with a caveat.