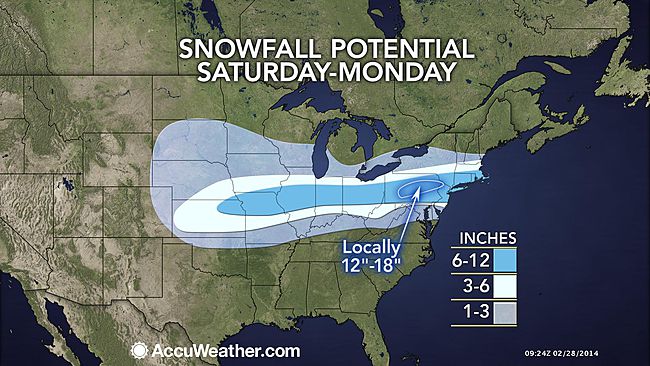 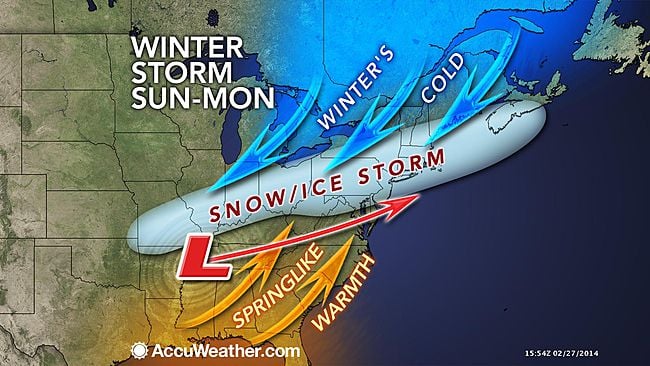 Snow and ice are heading here this weekend.

Snow and ice are heading here this weekend.

A major, late-season storm could dump up to a foot of snow on us Sunday and Monday.

The National Weather Service has issued a hazardous weather outlook that notes the storm likely will produce "a heavy snowfall" from late Sunday through much of Monday.

The Weather Service's preliminary forecast is for 8 to 12 inches of snow to fall in Lancaster County. AccuWeather is calling for 6 to 10 inches here.

But National Weather Service forecaster Craig Evanego cautioned that the storm is a difficult one to predict.

Millersville University meteorologist Eric Horst agreed, saying he was holding off on an "inches forecast" until Saturday morning.

"This thing has huge bust potential," he said, adding that as of Friday there was still "tremendous uncertainty" with the storm.

Cold air will sweep across the state as precipitation arrives here, and the question remains of how much cold air arrives before the precipitation starts, Evanego said.

If the cold air dillydallies and arrives later, we could get more rain and sleet with the snow, lowering snowfall amounts to as little as a couple of inches, he said.

Friday, the National Weather Service was saying that snow could be mixed with sleet in the southern area of the county, near the Maryland border.

But if the cold air arrives early enough, the county will get "at least" a foot of snow, Evanego said.

The storm will be a lengthy event.

"It comes in Sunday afternoon and doesn't really pull out until Monday afternoon," he said. "The steadiest precipitation is Sunday night into early Monday."

Meteorologists will be updating the forecast through Friday and into Saturday, when they will have a clearer picture of what will happen here.

The National Weather Service is calling for a sunny, cold day today, with highs only around 20 and overnight lows around 5 degrees.

Saturday will be mostly cloudy, in advance of the storm, with highs in the mid-30s. Overnight lows will be in the upper 20s.

Sunday will be cloudy, with a chance of snow and sleet, and highs in the upper 30s. Snow and sleet will continue through the night.

Monday will bring more snow and sleet, and periods of snow in the afternoon.

Tuesday will be mostly sunny, with highs in the mid 20s.