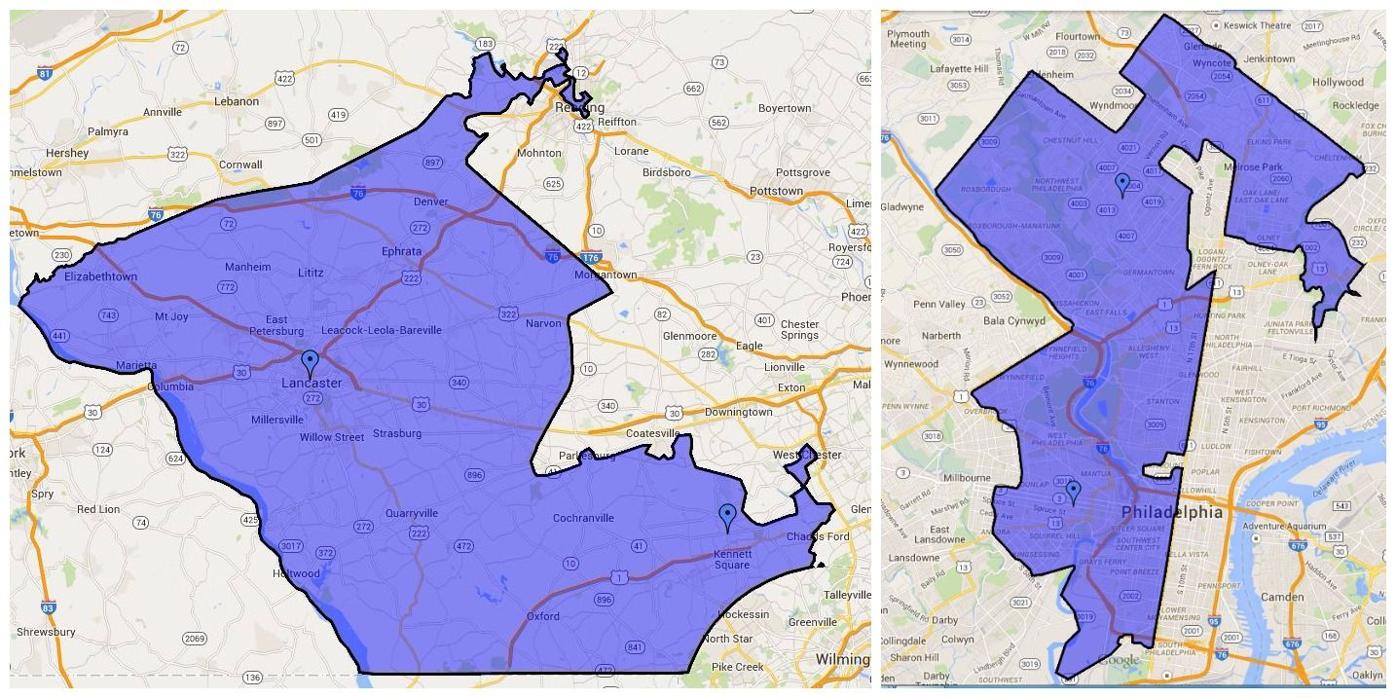 Pennsylvania Congressional districts 16, in Lancaster County, and 2, in Philadelphia, have many commonalities, but very different average life expectancies. 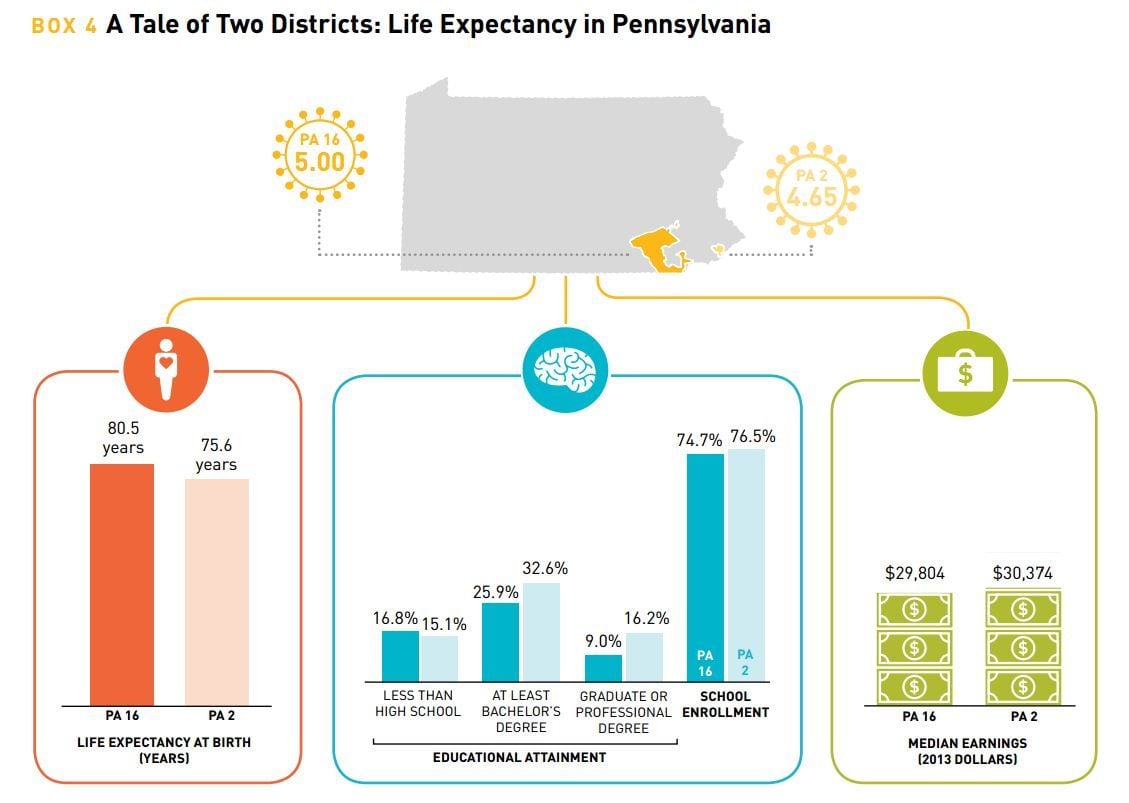 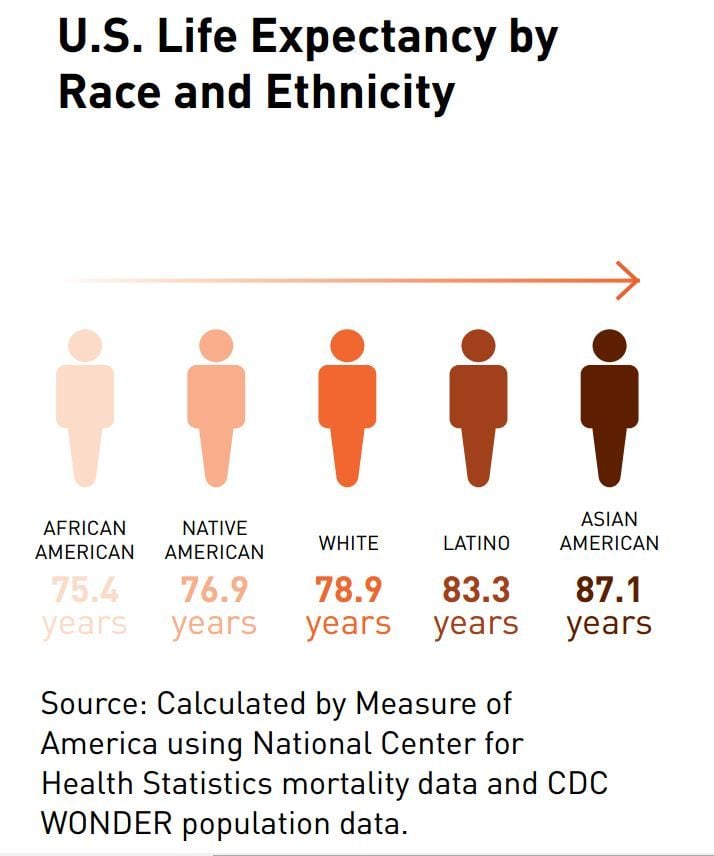 Pennsylvania Congressional districts 16, in Lancaster County, and 2, in Philadelphia, have many commonalities, but very different average life expectancies.

Lancaster is one of two Pennsylvania areas singled out in a new national report on well-being, and it is good news — people here live about five years longer than those in neighboring Philadelphia.

“Residents of Pennsylvania Congressional District 16, which stretches from the far western suburbs of Philadelphia beyond to Lancaster County and Elizabethtown, have a life expectancy of 80.5 years, about one and a half years longer than the U.S average,” says Measure of America, a project of the Social Science Research Council.

By contrast, the report says, “In Pennsylvania District 2, made up predominantly of city neighborhoods in West, Northwest, and North Philly, the average resident has a life expectancy of just 75.6 years.”

There are other ethnic differentials on life expectancy: Latinos and Asian Americans average 4.4 and 8.7 years longer than whites, respectively. And Lancaster’s district is 17.3 percent Latino and 1.8 percent Asian American, compared to 5.8 percent and 4.6 percent respectively in Philadelphia.

“Poverty has been shown as an indicator of premature death,” she said. “In Lancaster County we have pockets of poverty; in Philadelphia they have concentrations of poverty.”

It’s not hard to see why, Yoder said. On measures ranging from income inequality to high school graduation to teen births to unemployment to smoking, Lancaster performs better than the state average; Philadelphia markedly worse.

However, on one comparison Philadelphia wins. Its physical environment ranks first in the state; Lancaster comes in 22nd.

Regardless of how good Philadelphia makes this area look, Yoder said, Lancaster shouldn’t rest on its laurels.

“I think that we always need to look at continuing to improve the quality of life for all that live in Lancaster County,” she said. “If we do nothing, we’ll eventually get worse.”

Heather Stauffer covers the health care industry. She can be reached at hstauffer@lnpnews.com or 717-481-6022.