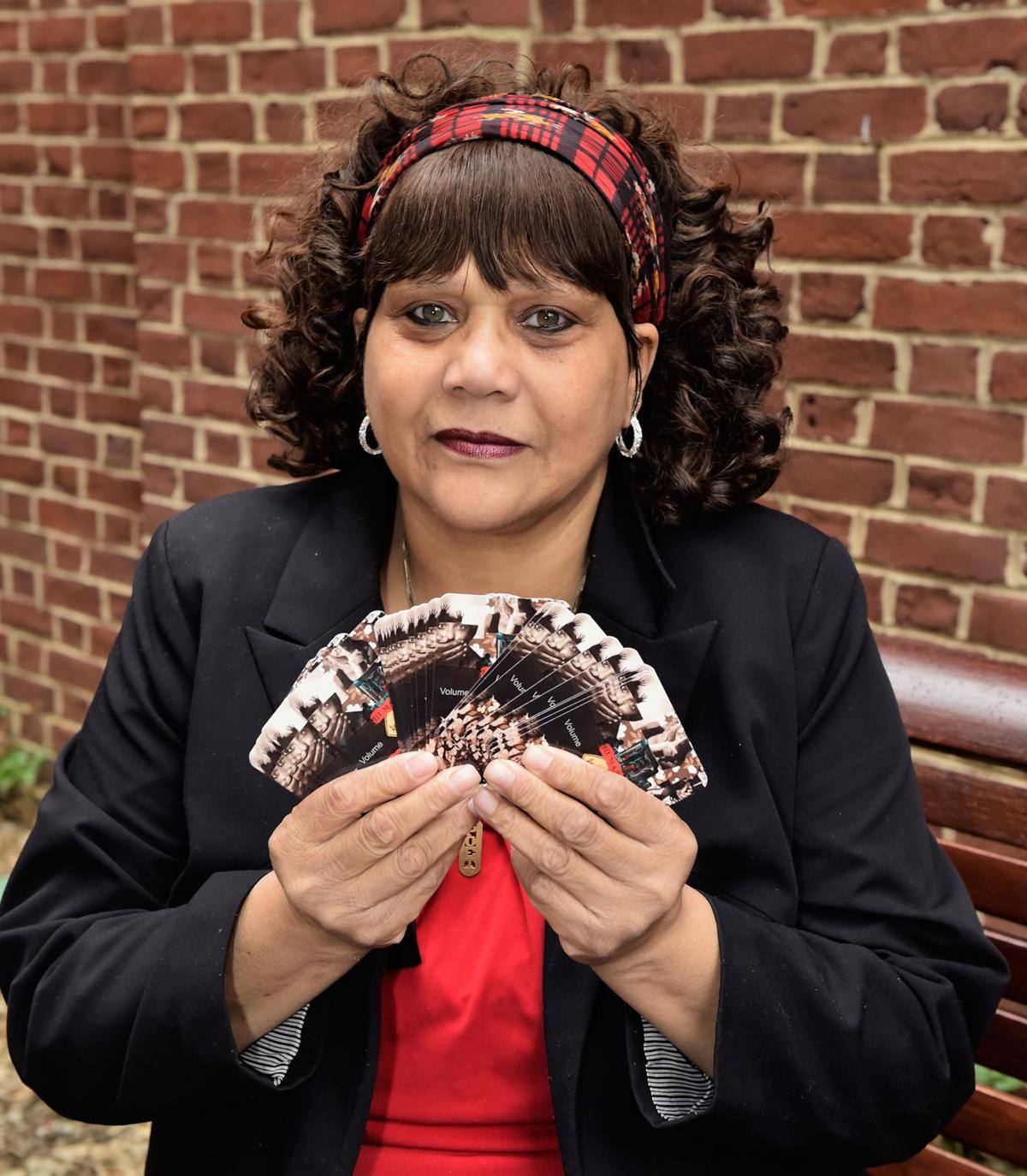 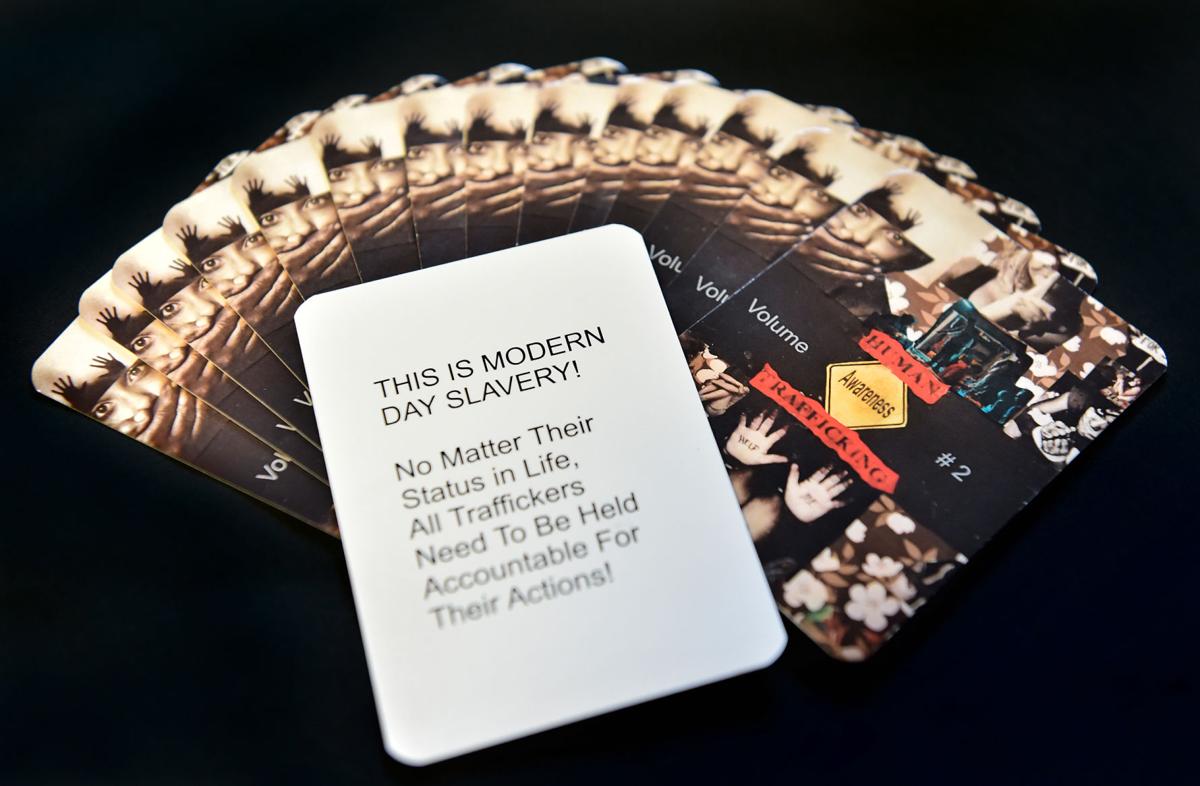 Human trafficking awareness cards made by Terri Durden are pictured on Tuesday, January 14, 2020.

Human trafficking awareness cards made by Terri Durden are pictured on Tuesday, January 14, 2020.

Terri Durden hasn't experienced human trafficking directly or in her family, but after attending a talk on it in California several years ago, the Lancaster poet and artist felt compelled to do something to fight it.

"I'm a save-the-world type of person," said Durden, 62. "I want to find a way to save people and make them aware."

She's studied the topic and interviewed six human trafficking victims and survivors, which helped inform a play she wrote on the topic.

"Not Your Property" was performed in December 2018 at The State Museum of Pennsylvania in Harrisburg.

The playing-card sized decks include facts about human trafficking and tips.

"If all else fails: Run for you life; scream for help; traffickers don't like attention being drawn to them," reads another.

Durden hopes to provide to cards to organizations and educators — anyone, really, who could use them.

She's had samples of two decks of 26 cards printed and is working on a third.

They cost about $8 to make and she's selling them for $15 to cover costs, and, she hopes, to raise money so she can donate to anti-trafficking groups.

"Lancaster County is not immune from trafficking crimes," he said.

"Victims are often hesitant to come forward. They are often 'working' for access to drugs from their predator abusers," he said in an email.

Durden said anyone can fall victim to human trafficking.

She also knows she can't solve the problem, "But if I can put some sort of dent in it, then I'm cool with that," she said.

"I just felt like was led to do this. There's just such a drive in my soul to fix it," she said.