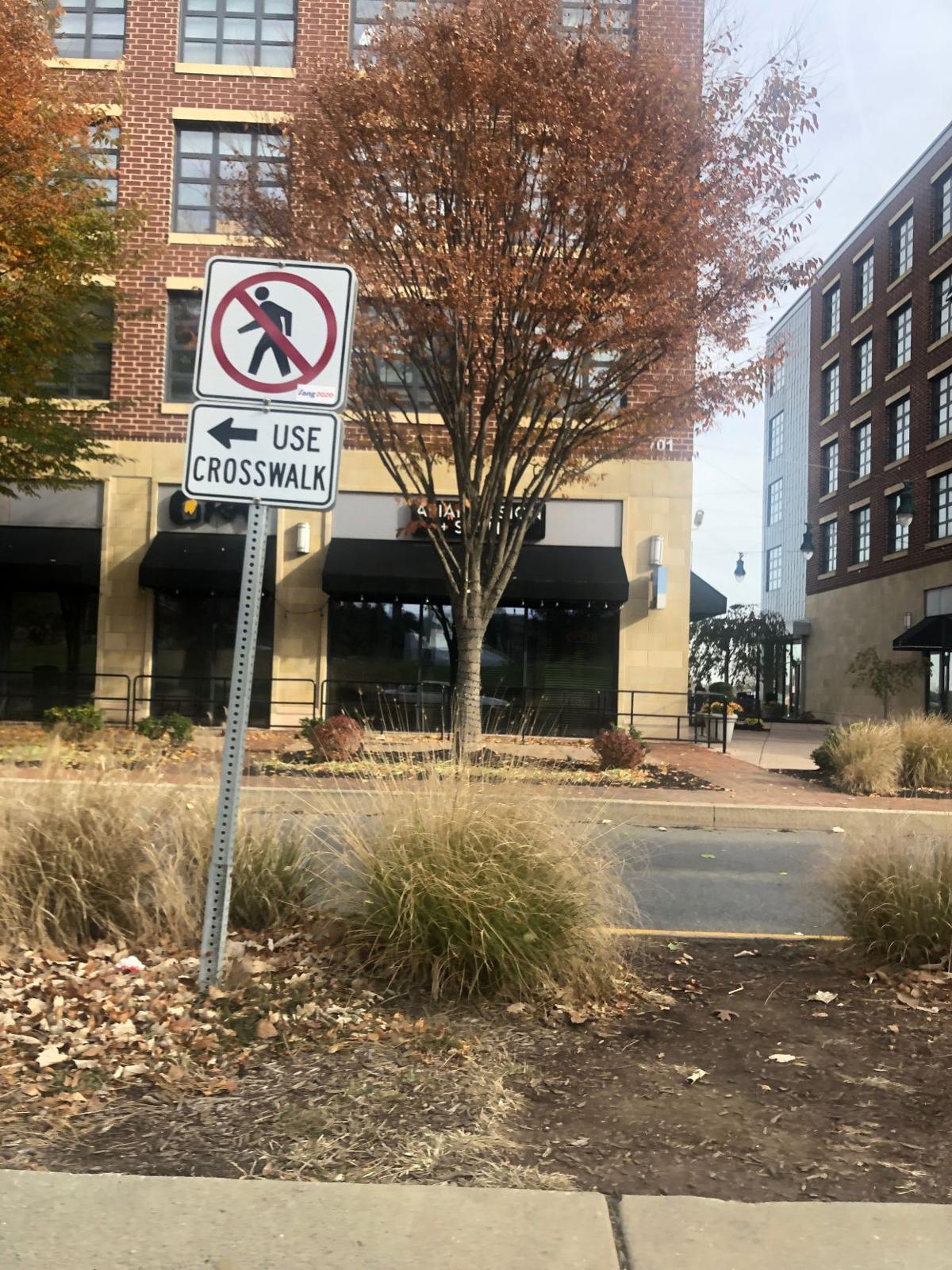 Administrators at Franklin and Marshall College are trying to figure out how to solve a street crossing problem at a median on Harrisburg Avenue in front of the campus. Despite a sign directing students to a crosswalk, many students continue to use the median as a shortcut to campus.

Administrators at Franklin and Marshall College are trying to figure out how to solve a street crossing problem at a median on Harrisburg Avenue in front of the campus. Despite a sign directing students to a crosswalk, many students continue to use the median as a shortcut to campus.

One reader wants Lancaster city to install a fence along the median strip in the 700 block of Harrisburg Avenue to prevent students from jaywalking.

“As evidence of the extent of the problem, you can see that the students have worn a path down to the dirt on their way across the street,” the reader wrote.

It’s not unusual to see motorists pump their brakes as groups of people walk from the median into the street.

Instead of using the median across Harrisburg Avenue, people should use crosswalks in front of Iron Hill Brewery & Restaurant at 781 Harrisburg Ave. or at the intersection of Harrisburg and College avenues and West Liberty Street.

“We have been concerned about the median crossing,” said Paul Mutone, vice president for finance and administration at F&M.

The college removed a pedestrian bridge that spanned Harrisburg Avenue near the median in 2010 because it said it was only lightly used by students.

Elections shaping up to become major issue in Legislature

Lancaster city man drove to Indiana to kidnap 13-year-old girl, brought her back to county to assault: DA's office

Santa to visit Lancaster via firetruck Friday and Saturday; here are his routes

This week, Lancaster Watchdog revisits a tricky bus stop in the heart of Lancaster after some readers take issue with the complaint.

This week, Lancaster Watchdog examines a pedestrian light change at a city park and another toppled pole in Leola.

This week, Lancaster Watchdog looks at the state of a delayed apartment building project in Columbia, as well as an update on a tree limb hang…

This week, Lancaster Watchdog provides another update on the Eden Road Bridge, as well as a report of a broken stop sign in Upper Leacock Township.

Why are utility poles bundled together? [Lancaster Watchdog]

This week, Lancaster Watchdog explains why so many utility poles around Lancaster County are taped together.

This week, Lancaster Watchdog revisits an ongoing issue of dangerous pedestrian behavior along Harrisburg Avenue near Franklin and Marshall College.