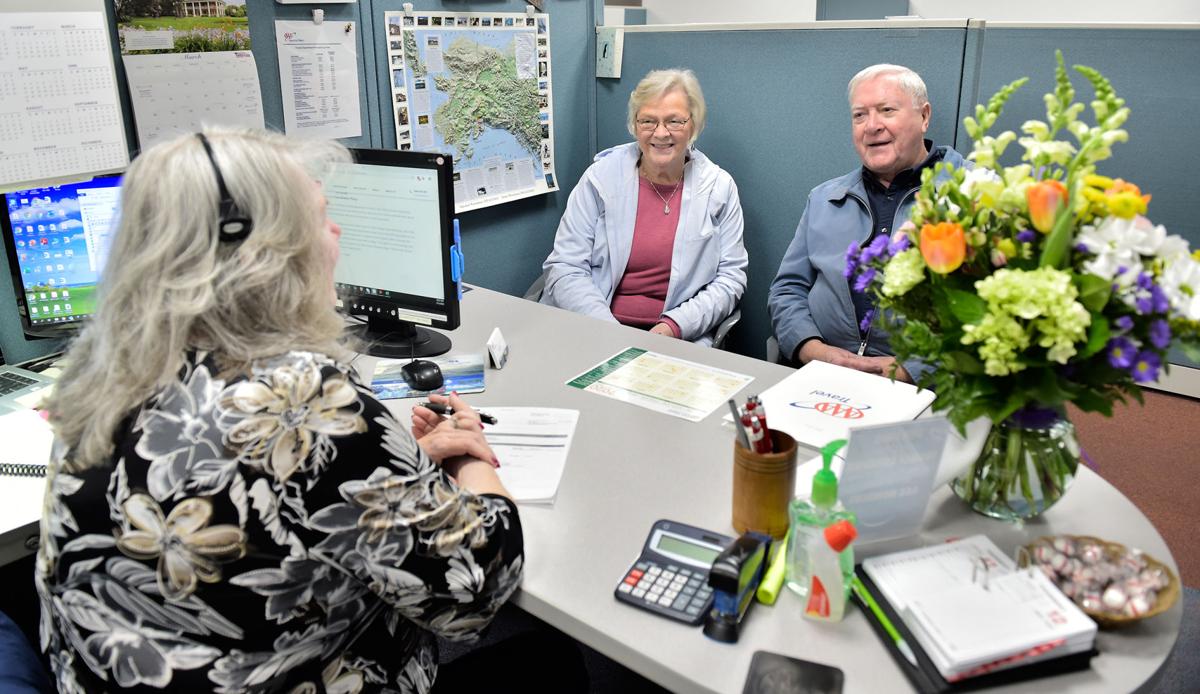 Laura and David Longenecker visit with their travel agent, Susan Nicholson, left, of AAA Central Penn to discuss their upcoming trip to Alaska. 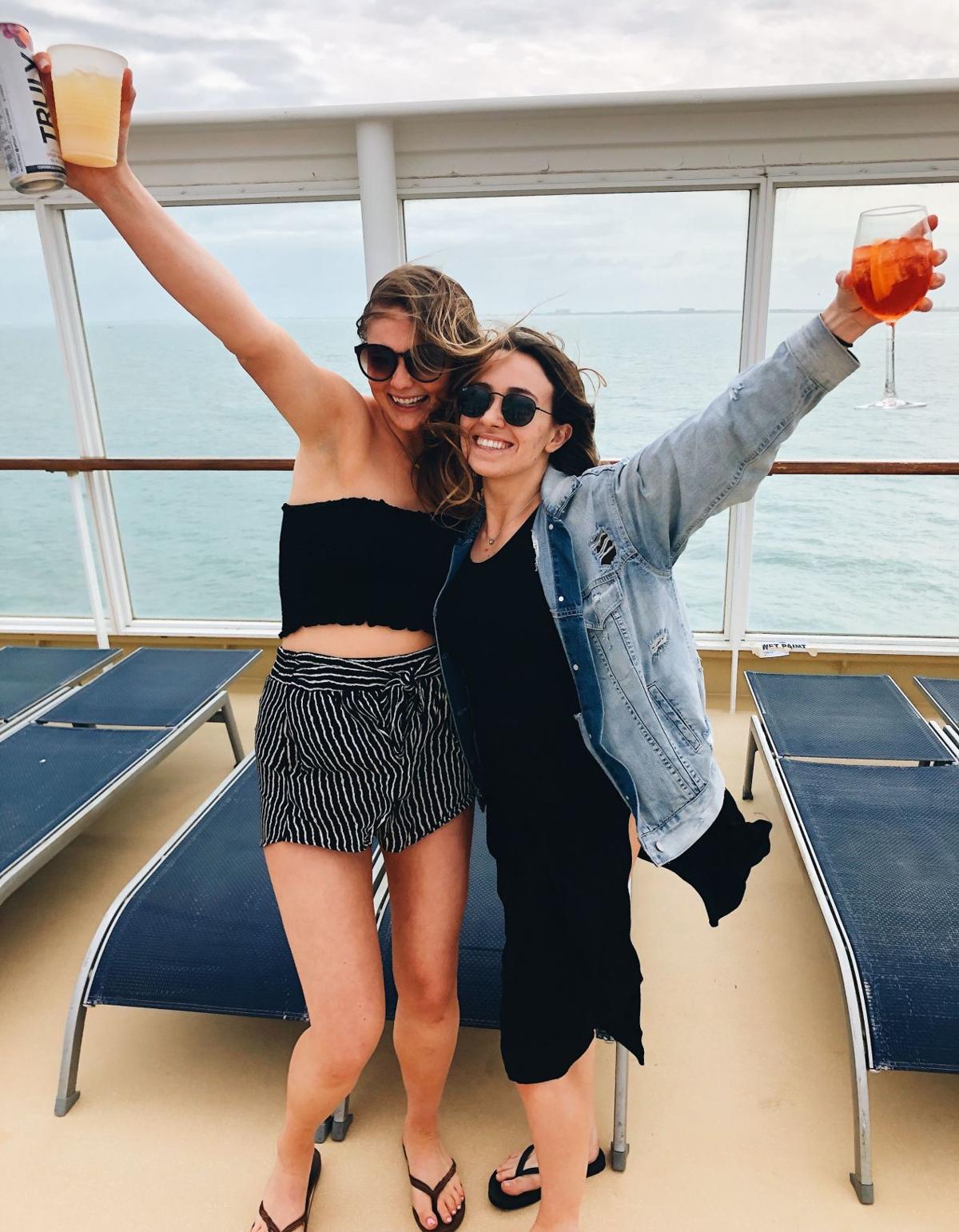 Laura and David Longenecker visit with their travel agent, Susan Nicholson, left, of AAA Central Penn to discuss their upcoming trip to Alaska.

After a bad start, the week only got worse for some travel agents and Lancaster County tour companies.

Worries about traveling led to a busy Monday morning for agents at the AAA Central Penn office in East Hempfield Township.

After having the weekend to digest the reports of the spread of COVID-19, increasing numbers of people who had booked trips started having second thoughts, AAA employees said.

“People are worried,” said Leida Cooper, who manages the AAA office off Centerville Road where many customers called or visited Monday to cancel or postpone their trips.

As the week progressed, other concerned travelers started pulling the plug on trips run by local bus companies and other tour organizers.

Strite, who has worked in travel industry for more than 30 years, says groups began canceling trips in droves Tuesday, driven by what she called a media-driven hype about the coronavirus.

“It has made people absolutely paranoid,” she said.

One cancellation was from a 30-member Atlanta group planning a five-day trip in mid-April trip to Lancaster County that was going to include a show at Sight & Sound Theatres and a trip to Philadelphia.

By Thursday, Strite described the rapidly evolving situation as “extremely worse,” saying all of her trips for March and April were off, with groups considering canceling trips as far out as August.

Tom Meredith, owner of Conestoga Tours, said most of the cancellations for his company’s trips had been for the next 45 days. With the bulk of the company’s tours happening in the last six months of the year

He said he’s hopeful about his business weathering the downturn.

“We could ride this out for a month or six weeks, but if this goes into the summer months, we have a different situation on our hands,” he said.

While local tour companies have been managing some skittish customers, they’re also advising people that it can still be safe to travel.

“We have a lot of people traveling now who say there is no difference,” said Michael McHugh, who owns Lancaster-based Dream Makers Vacation Services with his wife, Amy.

McHugh says he’s spent this week trying to keep clients from overreacting to the potential danger.

“I personally think there is a lot of misinformation out there, and a lot of hype,” he said, noting that many travel destinations have fewer confirmed cases than the U.S. “You’re going to be safer going to the Caribbean.”

In fact, McHugh’s daughter, Maddie, is currently on a five-day Caribbean cruise with a spring break group from Ursinus College. They return today.

Paige DeAlba, who is part of the Ursinus College group, said Thursday she didn’t have any concerns about going on the trip, which she said has been “amazing.”

“I honestly feel more safe and clean on this cruise than I would at home or school,” she said noting that cruise staff have been extremely diligent about sanitation, to the point where food servers were the only ones who could add salt and pepper to food.

“I even saw a worker spraying the doorknob when I got up early,” she said.

For David and Laura Longenecker of Mount Joy, any worries about the potential spread of COVID-19 weren’t enough for them to change their June 28-July 12 trip to Alaska.

The Longeneckers, who are both 74 years old, stopped by AAA Central Penn Thursday to make the final payment for the trip David said he hopes will take place in a “happier time” when the outbreak has receded.

Has the coronavirus impacted your daily life? Let us know. [survey]

Lancaster County businesses, schools, houses of worship are preparing for COVID-19: Here's what you need to know

Coronavirus shutting down the sports world, in Lancaster and beyond

What’s the mood in Lancaster County as the COVID-19 outbreak spreads? Here's what our reporters found

The COVID-19 outbreak is spreading in Pennsylvania, with near two dozen cases in the state’s easternmost counties and Gov. Tom Wolf urging res…

It was evident that the fever, nausea and loss of appetite Vlastimil Gajdoš felt on his wedding day was not a mere case of cold feet.