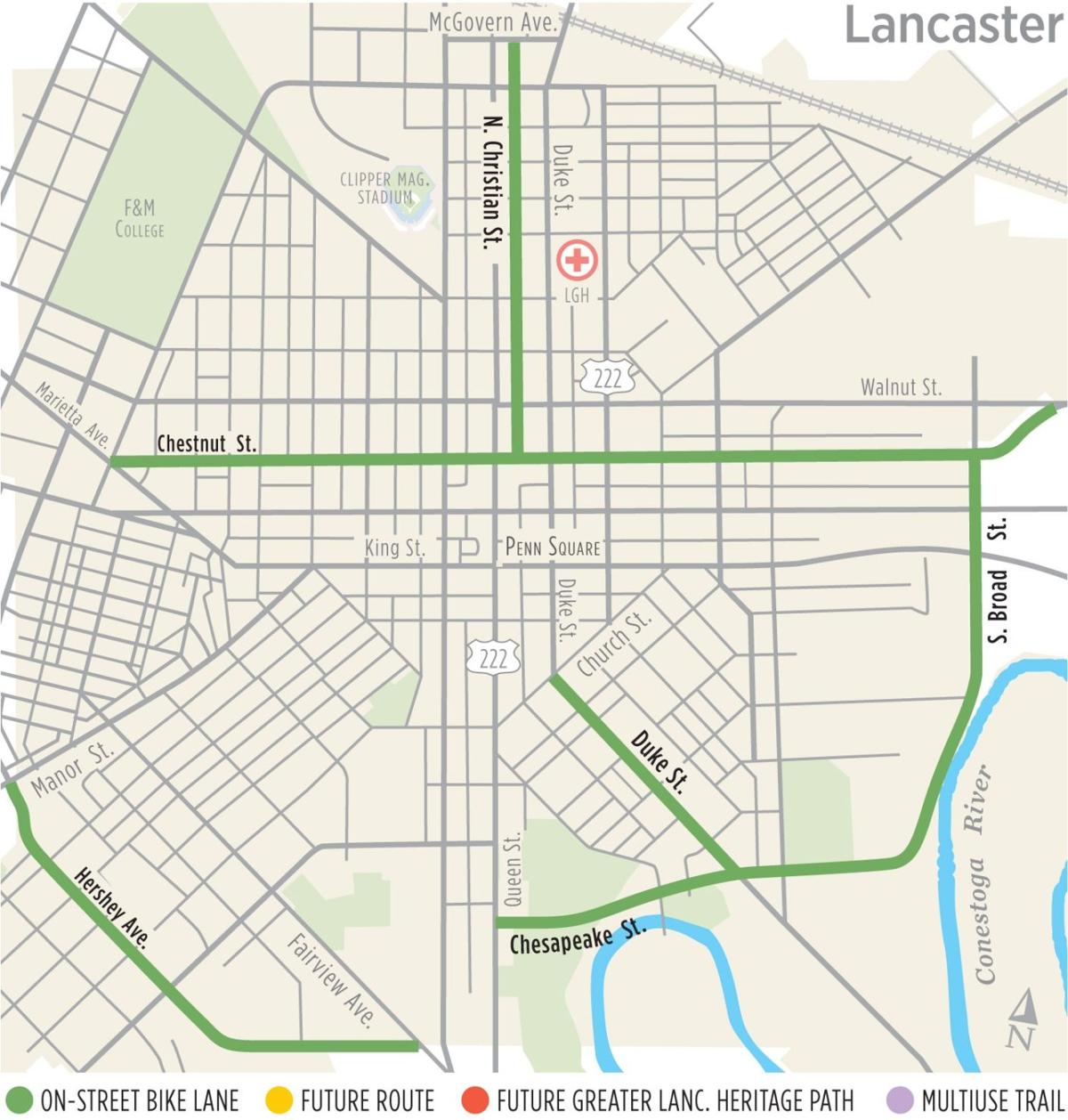 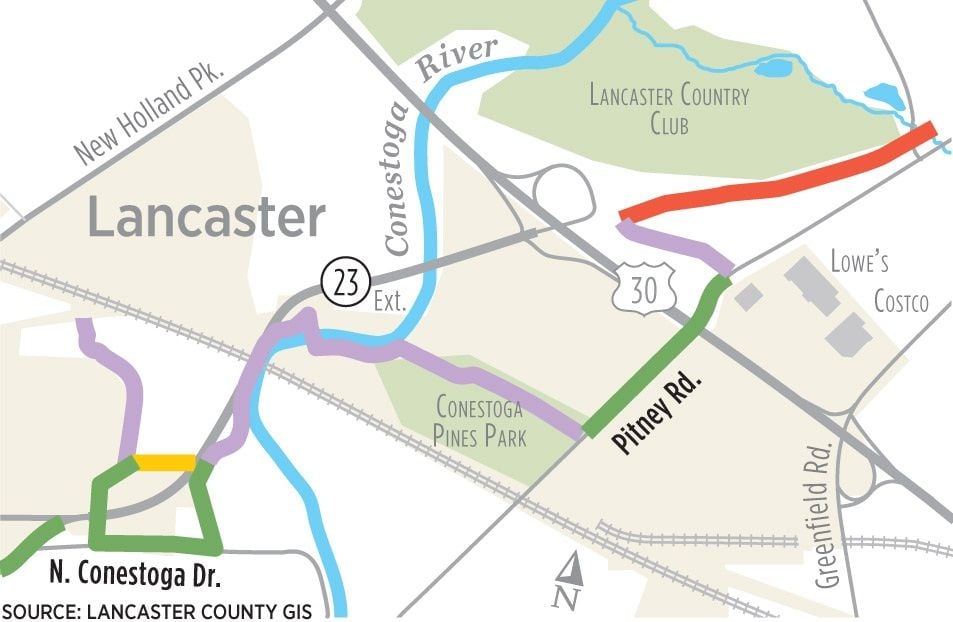 Lancaster city is outlining an ambitious $4.74 million plan to make its street more bicycle-friendly in state grant applications that would create more than 4.5 miles of bikeways.

The city is asking for $3.23 million from the state for three projects.

The projects would make it easier and safer for more people to use bicycles for commuting and recreation, according to officials.

The city would add another $1.5 million for the $4.74 million total in the ambitious effort.

“Lancaster is committed to being a more pedestrian and bicycle friendly place as we go ahead with different ideas and new ideas,” Mayor Rick Gray said.

Charlotte Katzenmoyer, the city’s public works director, said “efforts to create a more bike-friendly city will benefit both pedestrians and bicyclists since a more-aware motorist will be more careful for all users of the road network. This is why the walkability study also made recommendations for biking.”

Two of the projects dovetail with suggestions from urban planner Jeff Speck, who completed a walkability study for the city earlier this year.

The first project first would create a bicycle boulevard on North Christian Street between East Chestnut Street and McGovern Avenue. It would be a shared roadway with vehicles and connect downtown with the city’s northern areas, including the Amtrak station.

The lanes would enable people to bike around town and commute. It would also connect with future trails outside the city, ultimately creating a regional bicycling and pedestrian network that would enhance the Lancaster metro region, according to Katzenmoyer.

The city is already proposing to turn what’s now the parking lane on the south side of West Chestnut into a two-way bike lane between College Avenue and either Charlotte Street or Mulberry Street. The city may ask for approval from the traffic commission in January or March.

Connecting to the ‘goat path’

The third project would connect the city to the eastern part of the county via the proposed Greater Lancaster Heritage Pathway.

The proposed pathway is an 11-mile multipurpose trail that would ultimately run from near Lancaster General’s Suburban Outpatient Pavilion in East Hempfield Township to Leola in Upper Leacock Township. East of the city, it would run along what’s commonly known as the “goat path.”

The path is a partially improved swath of land stretching from the Route 30 interchange at Walnut Street east to Leola. It was built to be the foundation for a Route 23 bypass, which was never constructed.

The trail would allow people to bike to the city for work and for city residents to bike to jobs and east of the city, including at Greenfield Corporate Center, Dart Container Corp. and Eurofins Lancaster Laboratories.

The heritage trail would also have tourism benefits, she said.

The project would include a 10-foot-wide paved trail and a 650-foot-long boardwalk over the Conestoga River.

The projects have the support of the Lancaster County Planning Commission.

“The public is interested in more travel options locally that include walking and cycling,” said James Cowhey, the commission’s executive director. County planners are working with the city, the Lancaster Inter-municipal Committee and others to expand transportation options in the county.

Katzenmoyer wasn’t sure when the city will find out if its grant applications are approved, saying the funding is linked to the state budget.

Regardless of whether the city gets the grants, Gray said the city will pursue some of the projects.

Which ones, and to what degree, will depend on recommendations from a consultant the city’s hiring to conduct a bikeability study. Recommendations could come in spring 2016, Gray said.

The consultant, Alta Planning and Design, is also working with the county and the Lancaster Inter-Municipal Committee, a city/suburban council of governments.