She’d rather be digging in the dirt of her mother’s garden than sitting in the comfort of her family’s home.

But other than the fruits and vegetables her family grows, the 11-year-old doesn’t always find healthy options in the house.

Her father often works late, so Hannah and her family sometimes eat SpaghettiOs or other easy-to-prepare, processed foods for dinner, the sixth-grader said. Unlike Hannah, her brother regularly snacks on junk food, she said.

Fruits and vegetables often go untouched in the refrigerator, Hannah said, as they’re pushed out of sight, left to spoil.

Now, Hannah and fellow students at the Taylor Campus of Columbia Middle School are getting some help in learning how to keep fruits and vegetables front and center in their diets.

Through fruit and vegetable taste testing twice a week for 36 weeks, children can eat the healthy foods they love — whether they knew it or not.

“We found tastings to be the thing above anything else that really influences kids’ preferences,” said Lori Albert McCracken, CHI St. Joseph’s education director. “It is just the constant repeated exposure to fruits and vegetables ... that’s going to make them more likely to try them over and over again.”

McCracken, who designed the program, said that patients of the CHI St. Joseph’s Columbia Dental Center, 401 Locust St., were showing signs of poor nutrition and, consequently, poor oral health. This led to McCracken reaching out to Columbia Borough School District to see how the nonprofit could extend its influence in the area.

“We needed to find a way to put fruits and vegetables in front of the kids more frequently that didn’t necessarily get in the way of the business of the lunch room,” McCracken said.

So she targeted the classroom directly. 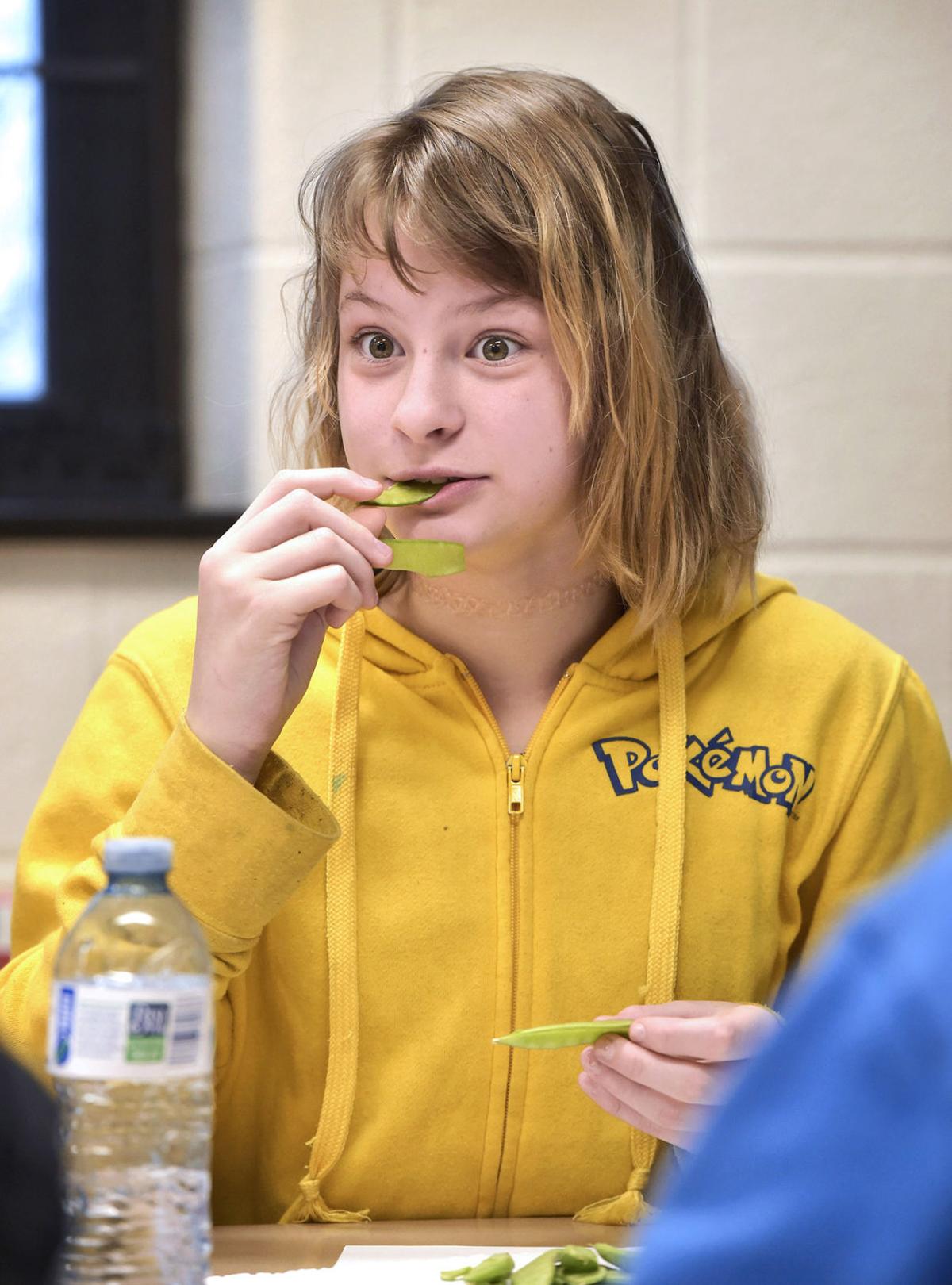 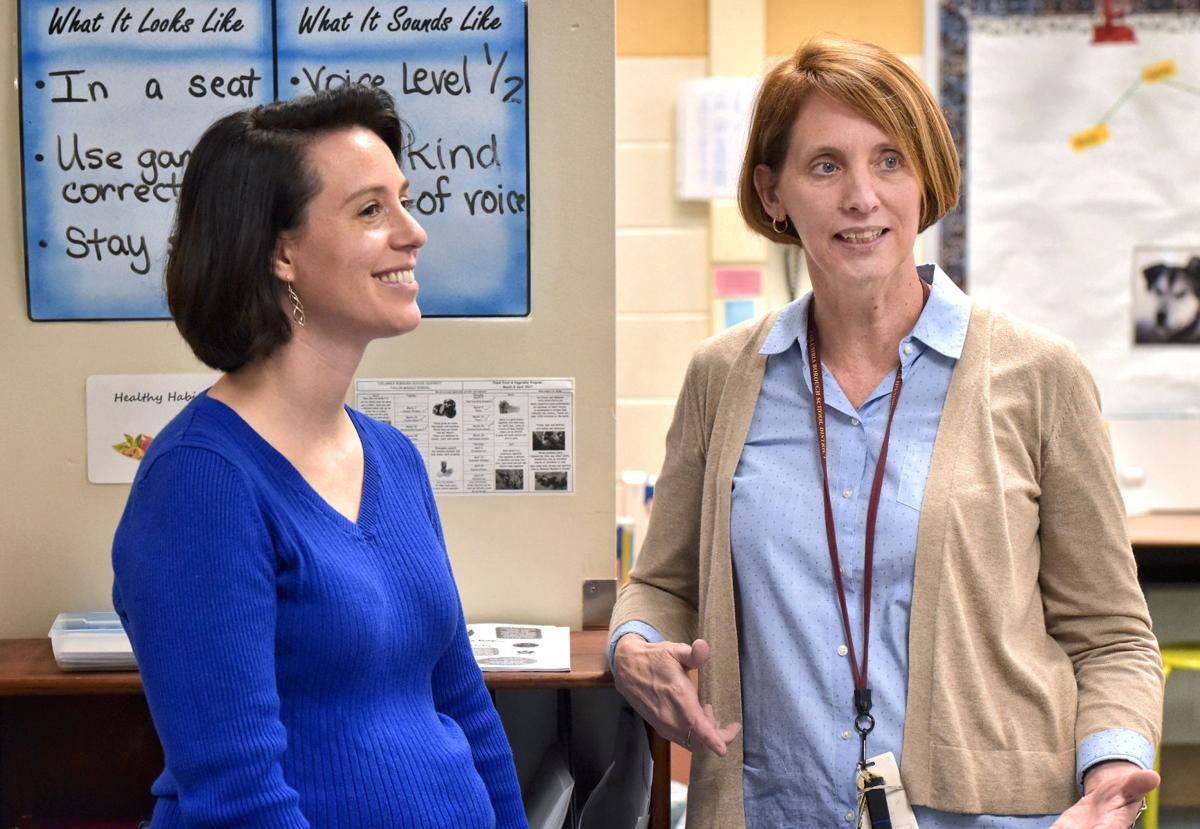 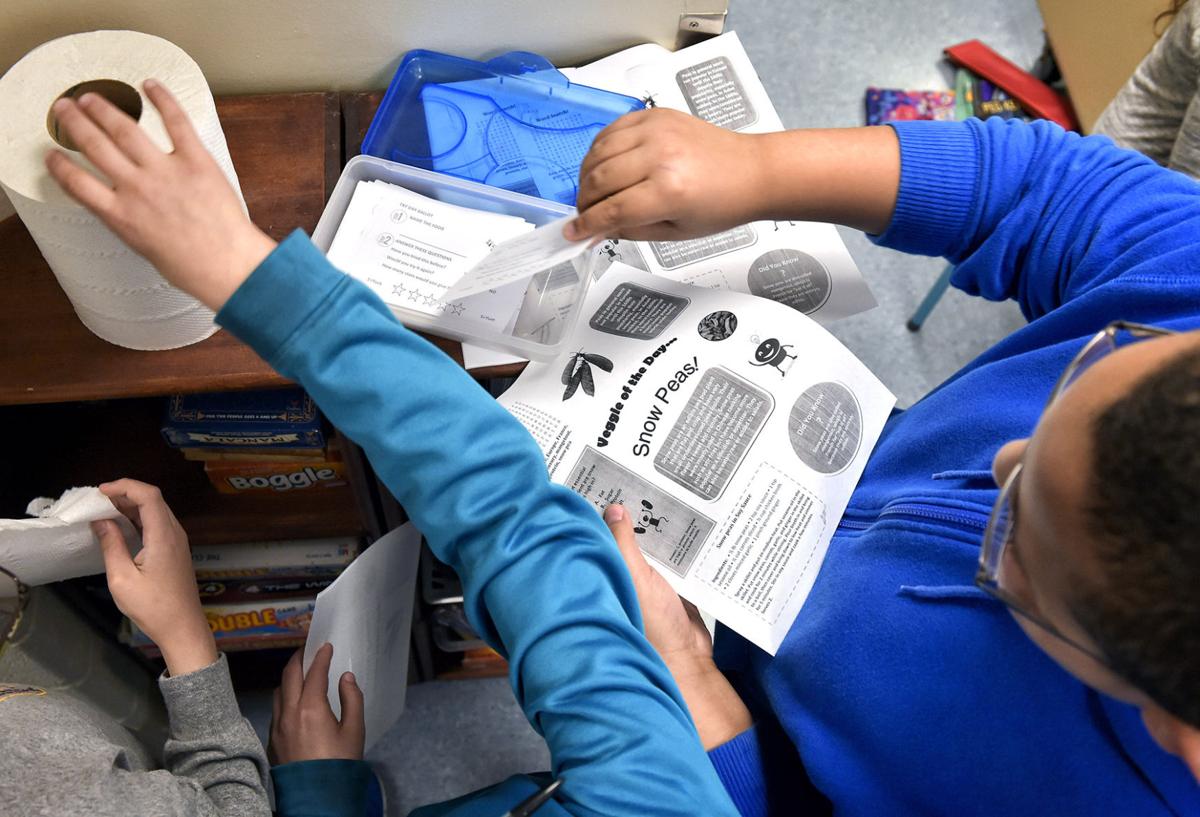 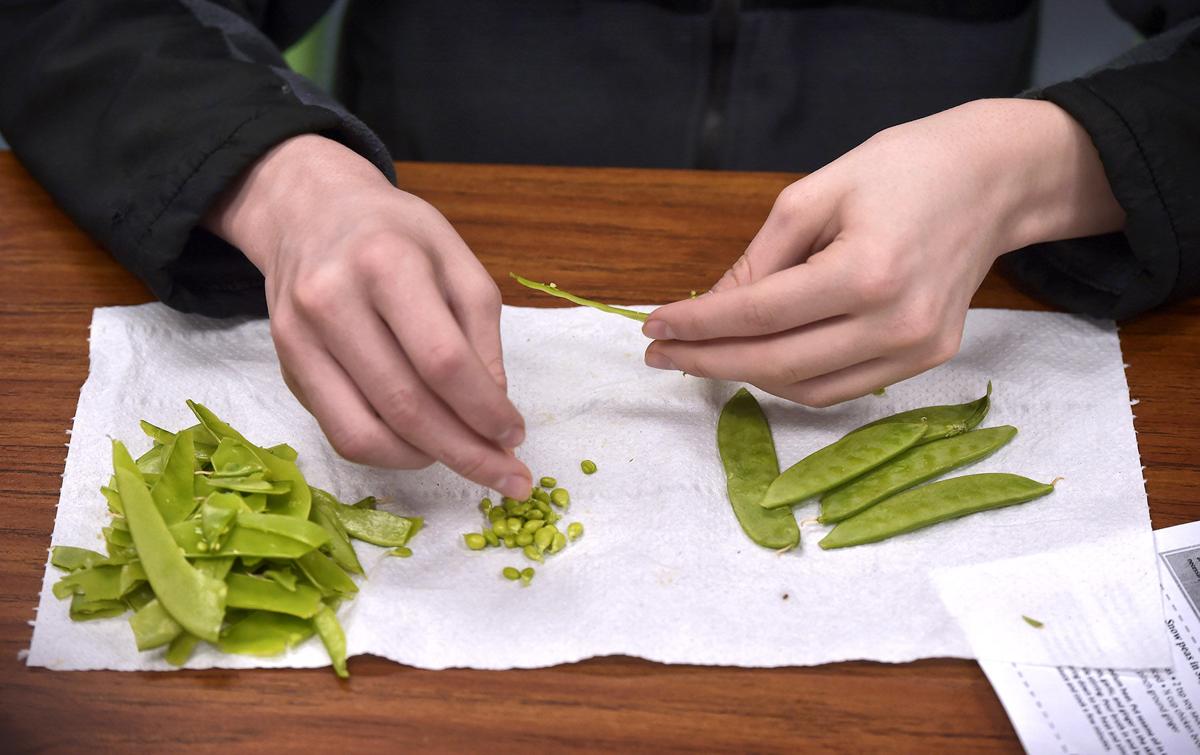 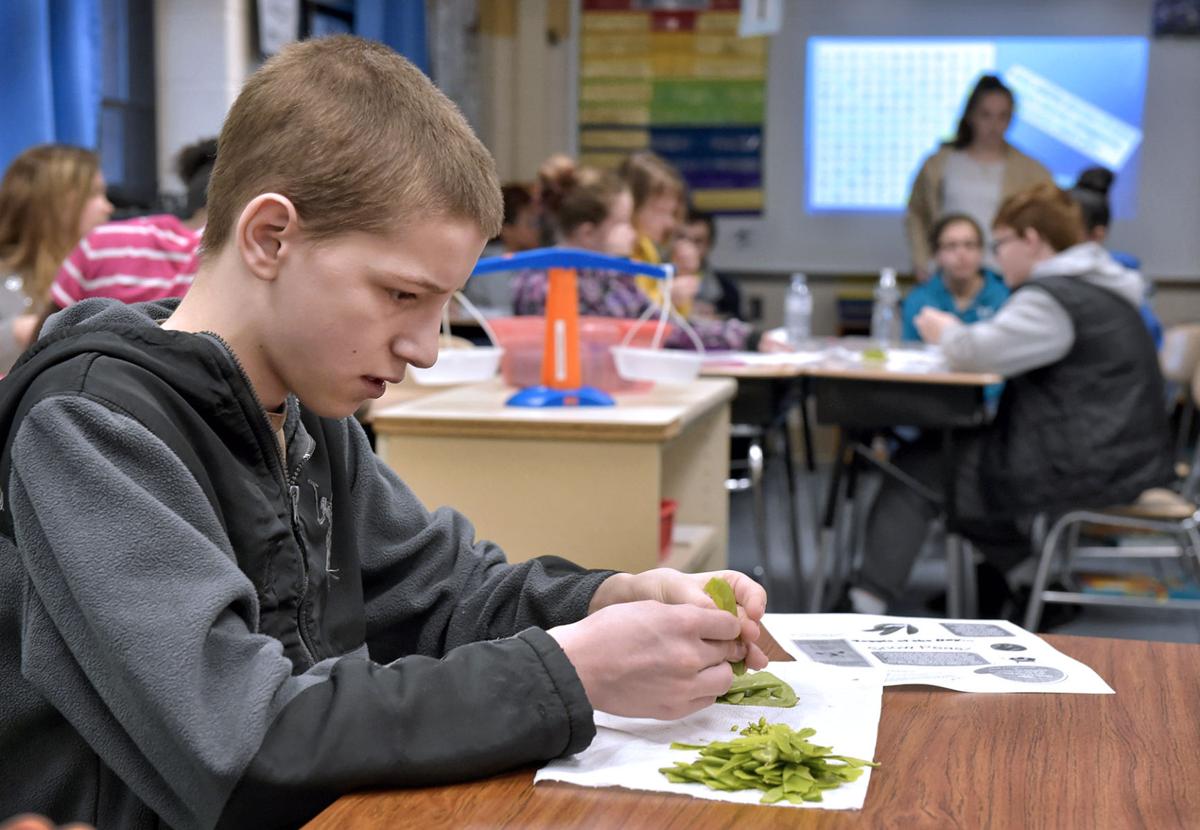 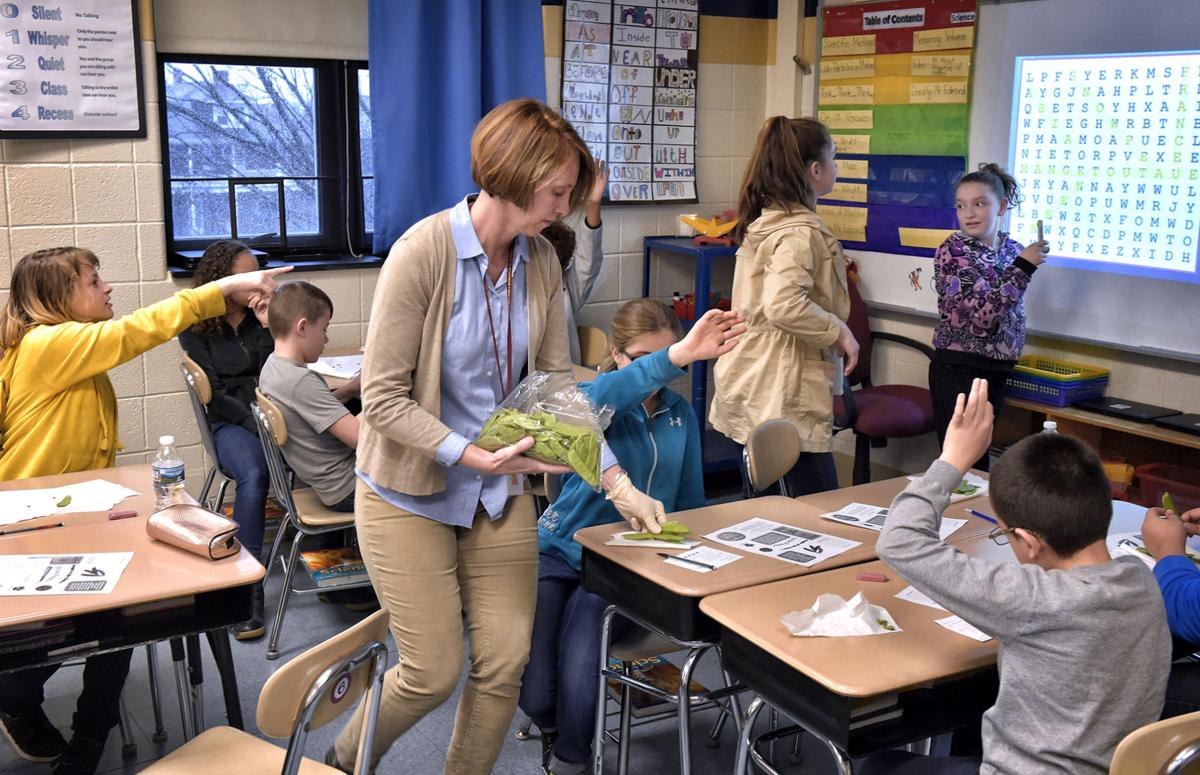 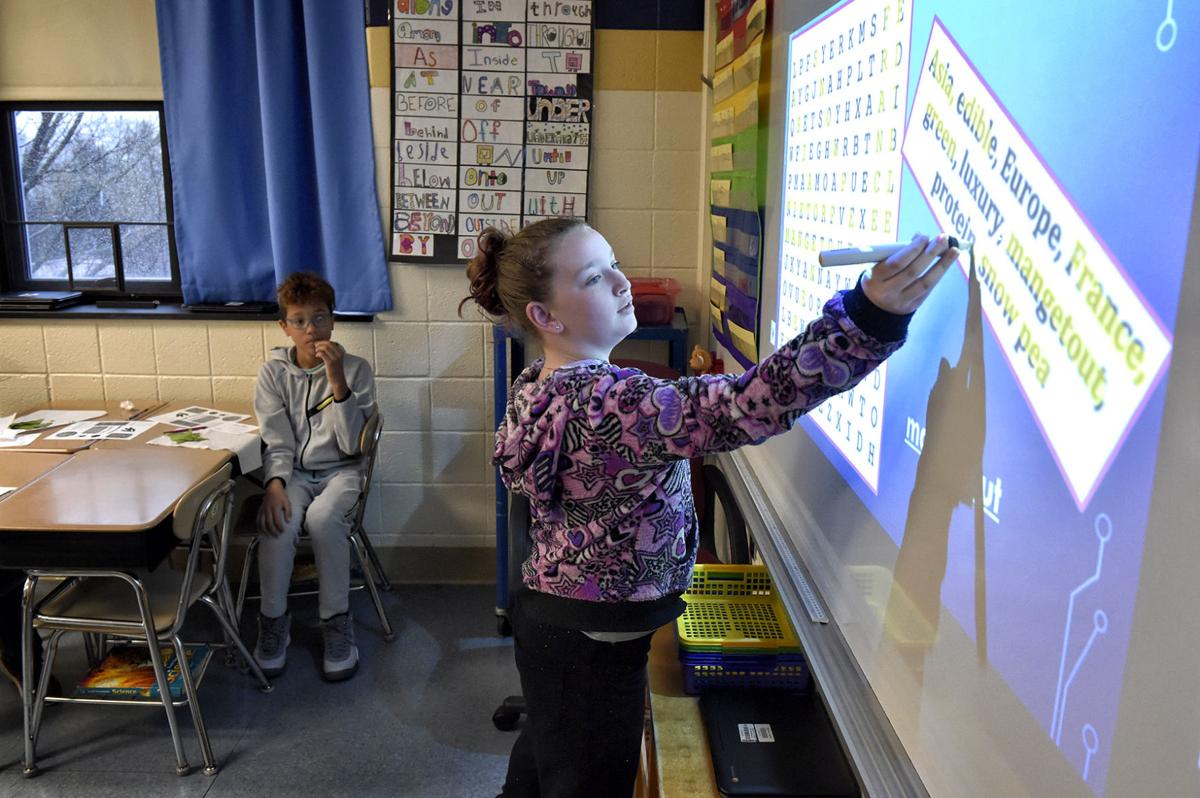 Every Tuesday and Thursday since the 2015-16 school year, teachers at the middle school hand out one fruit or vegetable — from common foods such as apples and carrots to more foreign foods like starfruits and endives — for kids to try.

Students get to try handfuls of the food. On a small sheet of paper, they mark whether they’ve tried it before, if they’d try it again and rank the taste on a five-star, “yuck-yum” rating system.

Some of the highest-rated foods include clementines, fruit salad and honeydew, all of which scored a four- or five-star rating from at least 85 percent of students.

Among the least favorable foods are the endive — a kale-like vegetable — starfruit, papaya and spinach, all of which received four- or five-star ratings from fewer than half of students.

During the taste test, the middle-schoolers also receive a handout with puzzles, fun facts and a recipe from the school’s food service department to take home and try.

This gives students the opportunity to share their experiences with their families and possibly influence what’s on the dinner table each night, McCracken said.

The taste testings are only one part of the program, which also provides monthly cooking classes for up to five families at Columbia Presbyterian Church, 360 Locust St.

Students and their families channel their inner Bobby Flay to make dishes such as chicken, beef and vegetable tacos; baked chicken nuggets with homemade ranch and barbecue sauces; and turkey meatballs with diced vegetables and baked french fries.

Also, every student and teacher — about 230 people – will take a field trip this April to the Heritage Creek Farm Camp in Mount Joy. There, they’ll learn where some of their food comes from and how much work goes into the farm-to-table process.

“We’re trying to influence what’s happening at home,” McCracken said. “Fifth- and sixth graders — they’re able to speak to what it is they want, what it is they like. And they can speak for themselves and actually ask those questions, like ‘I’ve never seen this before. What is it? Can we get this at home?’ ”

CHI St. Joseph’s tracks progress at taste tests each week and surveys students at the beginning and end of each year.

After the program’s inaugural year, 62 percent of the 200 students surveyed said they were more willing to try new foods. Fifty-five percent said they enjoy eating those foods more.

“It’s evidence that they really are more willing to try these fruits and vegetables,” McCracken said.

What’s more, 48 percent of students said they eat fruits and vegetables the federally recommended amount of three times a day — up 10 percent from when the program started.

“That’s why it’s so important,” McCracken said. “That’s why we’re so interested in this, to watch them chow down on snow peas. That’s a big deal.”

Spray a skillet on medium heat. Put sesame oil in the skillet. Put snow peas, carrots, garlic and ginger in the skillet; cook for two minutes while stirring. Pour broth in and bring to a boil, then cover and bring down to low heat and simmer for five minutes. Stir in soy sauce and cook a few minutes. Serves two.

This week will feature special guests, giveaways and a new coffee bar — serving the traditional breakfast, but with a coffee option — outside the gymnasium.