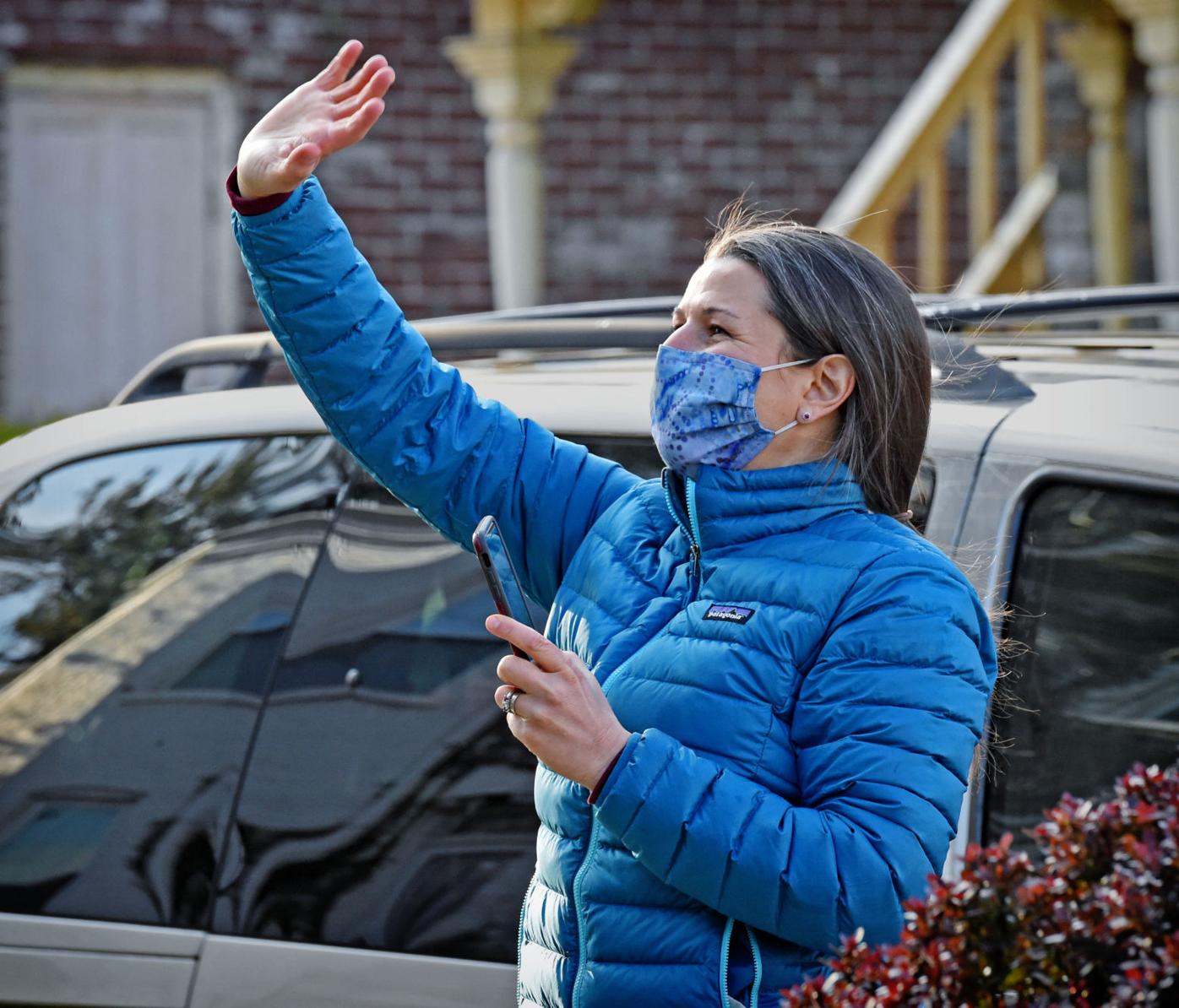 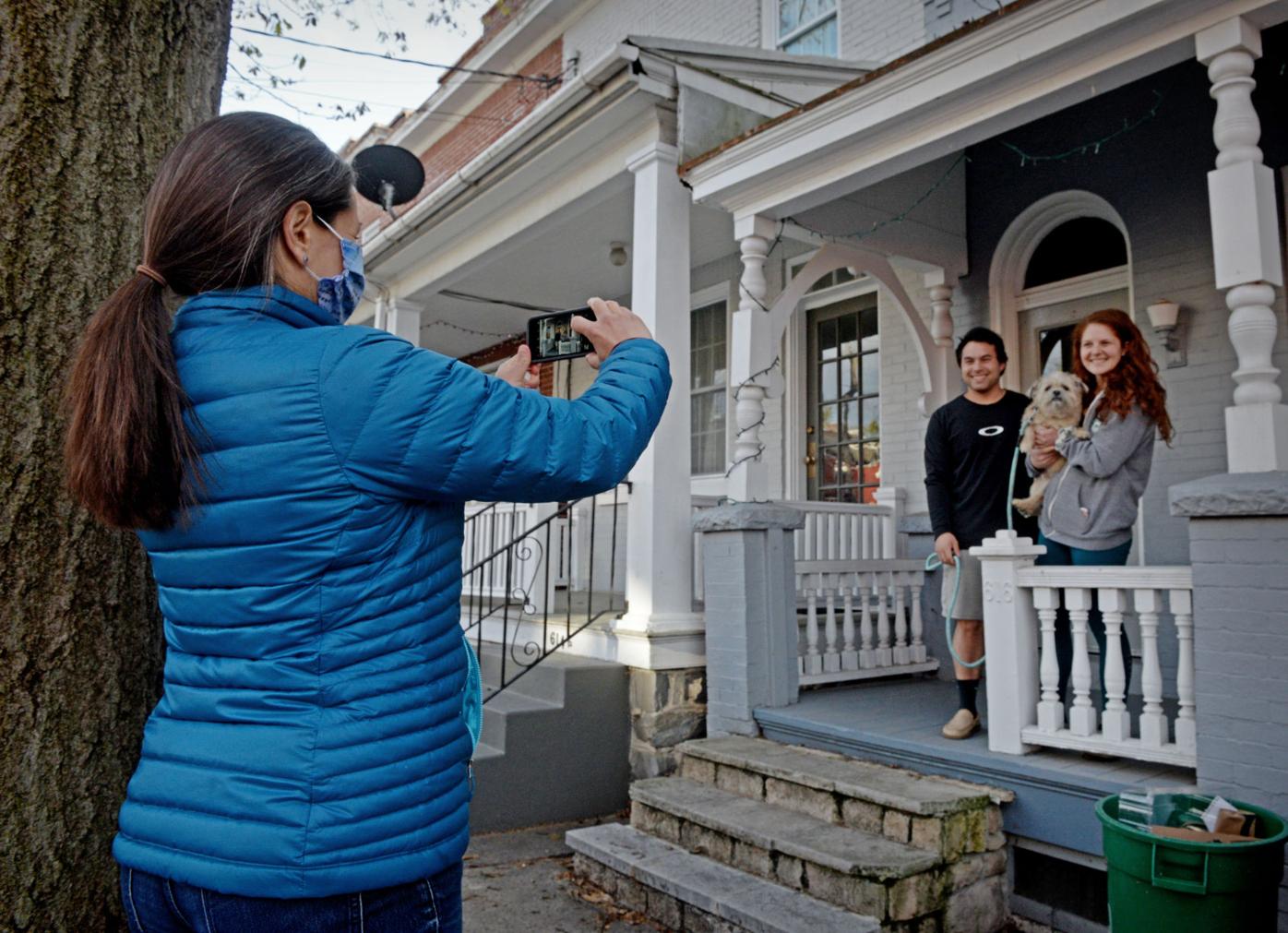 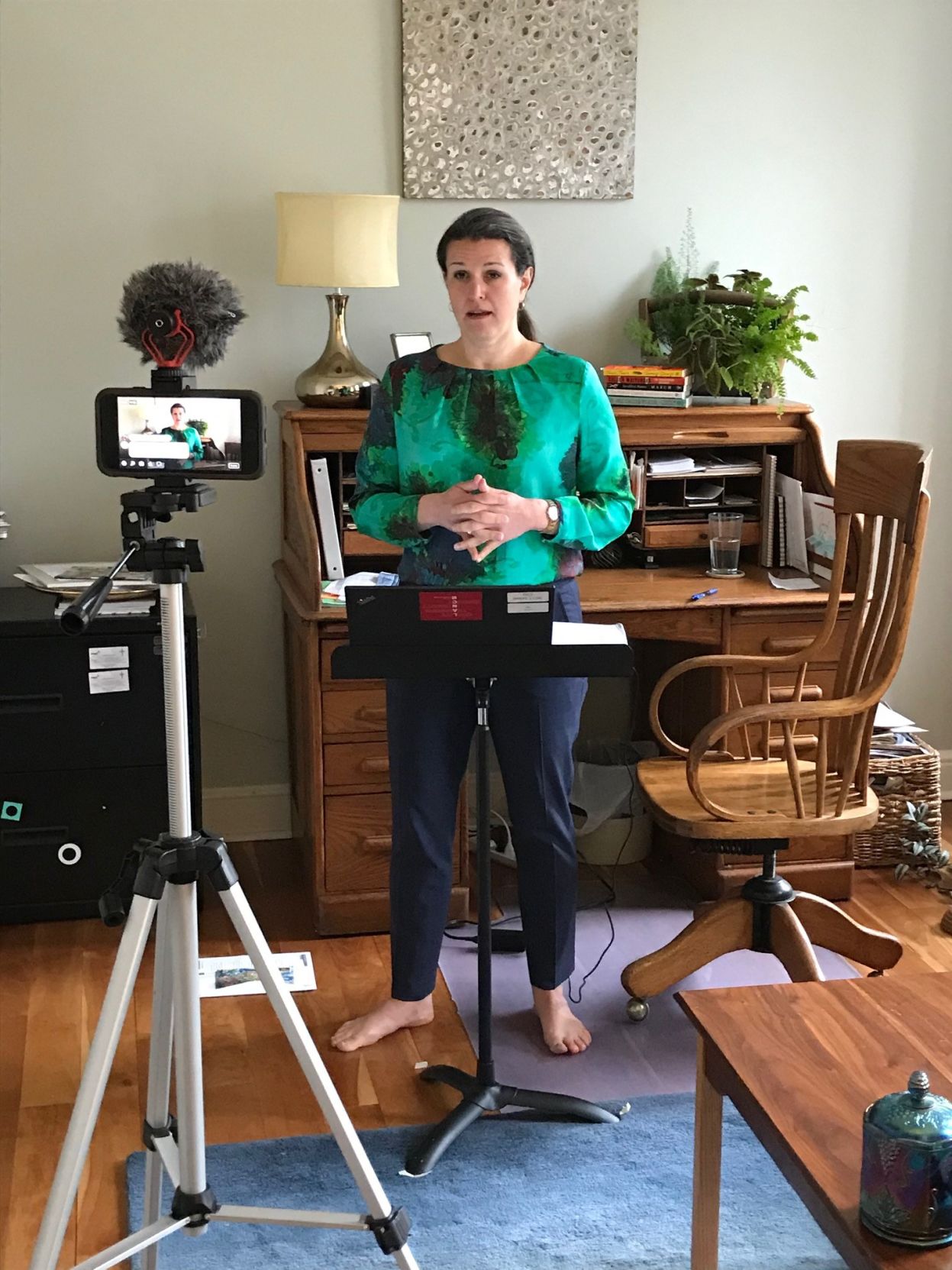 Lancaster Mayor Danene Sorace delivers a Facebook Live update on the coronavirus from her living room in April 2020.

Danene Sorace, Lancaster’s first-term mayor, settled at a table in City Hall for a Facebook livestream with constituents.

Schools, government offices, restaurants, shops and most businesses had closed 10 days earlier. The city was eerily becalmed with no end in sight.

Coroner reports 11 more COVID-19 deaths in Lancaster County, one of the biggest jumps to date

On that day, a 12th resident of Lancaster County tested positive for COVID-19. The county was three days away from its first death.

Sorace, 47, wore a simple purple sweater, her brunette hair tucked behind her ears. She fidgeted with a pen and started talking to an audience climbing above 600.

“All of this is so new and unsettling,” she said. “I know that many of you are feeling that anxiety, stress and frustration.”

She talked about testing volumes and outreach to the homeless. She issued a plea to not hoard food. She asked landlords to defer or reduce rent to those suddenly unemployed.

“Please bear in mind,” she said, “that we are all hurting … financially and otherwise, and we need to share in that equally.”

Sorace would later describe the 45-minute live chat as nerve wracking, but those jitters haven’t stopped her.

Just about every weekday since March 25 — 19 days in all, so far — she has gone on Facebook at 5 p.m. from her living room to update residents on the battle against contagion.

With the regularity of her “Live at 5” presentations and other outreach, Sorace has emerged as a visible and authoritative leader in this crisis.

After briefings with staff, experts and leaders in government, health care, human services and business, the mayor assembles facts into a digestible package and talks to her Facebook audience about what she's learned.

Her presentation is a mix of candor and warmth that evokes comparisons with New York Gov. Andrew Cuomo.

Alice Yoder, director of community health at Penn Medicine Lancaster General Health, said Sorace communicates with her almost daily and is providing a consistent message in “a calm and supportive” way.

The mayor’s purpose is three-fold.

For most of her presentation, which lasts about 20 minutes, Sorace relates pertinent, hyper-local information — from where to get food and when street cleaning will resume to steps under consideration to assure safety when the city starts to reopen.

And she tries to offer encouragement and hope.

If you want Pa. to 'reopen' soon, gathering in a crowd at the state Capitol is not the best move [editorial]

Sorace realizes she is only reaching a few hundred at a time (although over a thousand watch later and total views exceed 61,000) in a dense, 7-square-mile city of more than 59,000, where one out of four lives in poverty, thousands are not native English speakers and many don’t have the ability to stream Facebook.

How to reach more? She’s trying many things.

Milzy Carrasco, director of neighborhood engagement, jumps on Facebook Live at 6 p.m. to translate the mayor’s points to a Spanish audience. A summary of the mayor’s comments gets posted. Carrasco also meets regularly with neighborhood leaders and implements outreach strategies.

The city has erected 14 bilingual signs with information about resources, the 211 helpline and ways to stop the virus.

The city plans to award 10 $500 grants to neighborhood groups building awareness by such activities as supplying masks and helping shut-ins.

In the works are 10 public-service murals and a door-to-door campaign featuring door hangers.

Sorace’s outreach is informed by a weekly, two-hour video conference with mayors from around the country. Medical and public health experts from such elite institutions as Harvard University, Johns Hopkins University and Bloomberg Philanthropies update them on the latest about COVID-19.

All of this goes on while Sorace has her regular job overseeing a $123-million budget and 560 employees providing policing, fire protection, water and sewage treatment, and maintenance of streets and parks.

On Tuesday, she furloughed 69 from a 560-employee workforce because of plunging revenues.

In the meantime, Sorace is pressing the state Health Department to let the city fight COVID-19 through contact tracing, which involves tracking down and testing those who had contact with a newly diagnosed patient. The effort could be overseen, the mayor says, by the existing city health board or by creating a city public health department.

“I feel like the narrative that is being used is a lot of feel-good stuff and not addressing the seriousness of really what’s going on,” said Tammy Rojas, a volunteer with the Lancaster Healthcare Rights Committee of the Put People First PA advocacy group.

“There are people” in the neighborhoods, Rojas said, “who don’t understand the seriousness of the situation. They’re just not hearing it.”

But Kevin Ressler, president of United Way of Lancaster County, said Sorace has pivoted well in these disorienting times.

City Hall “tended to lean on consultants and find, quote-unquote, best practices,” said Ressler, who lost to Sorace in the 2017 Democratic primary. “There’s a value to that,  but you can’t do that when the whole globe is dealing with a new thing.”

On Thursday evening, after completing Live at 5, Sorace boarded a fire truck outside her home on West Chestnut Street to travel across the city and greet people who were on their porches to participate in Community Clamor.

People banged pots and pans, tooted horns and raised a ruckus to thank health care and other essential workers.

Sorace, masked and bundled against the chill, cheered them on.

Lancaster was alive and noisy again, if only for a few minutes.

“I miss this,” the mayor said at lively Ann and Green streets before boarding the firetruck for the trip home.

Twenty years ago, Ed Hurston, an Air Force medical plans officer, participated in an interagency exercise to test readiness for the major eart…

A Lancaster nurse and her first COVID-19 patient had fears. They overcame them together.

Cyra Uy, a nurse on an infectious disease unit, felt a bit of anxiety getting ready to care for a new patient.

Despite early COVID-19 failures, we can emerge stronger [opinion]

Our nation’s preparation for, and initial response to, the COVID-19 pandemic were complete failures, ones that will — and have — contributed t…

Traffic on Route 222 southbound was backed up after a vehicle drove off the road and flipped on its roof Sunday afternoon.

Pennsylvania has granted Lancaster city emergency approval to perform contact tracing, which is a key public health strategy to slow the sprea…

Sadly, the numbers don't lie: It's too soon for Lancaster County to reopen [editorial]

Local municipalities resist furloughing employees, but are facing revenue gaps because of COVID-19