People line up outside First United Methodist Church for a free grab-and-go breakfast on Thursday, March 26, 2020. 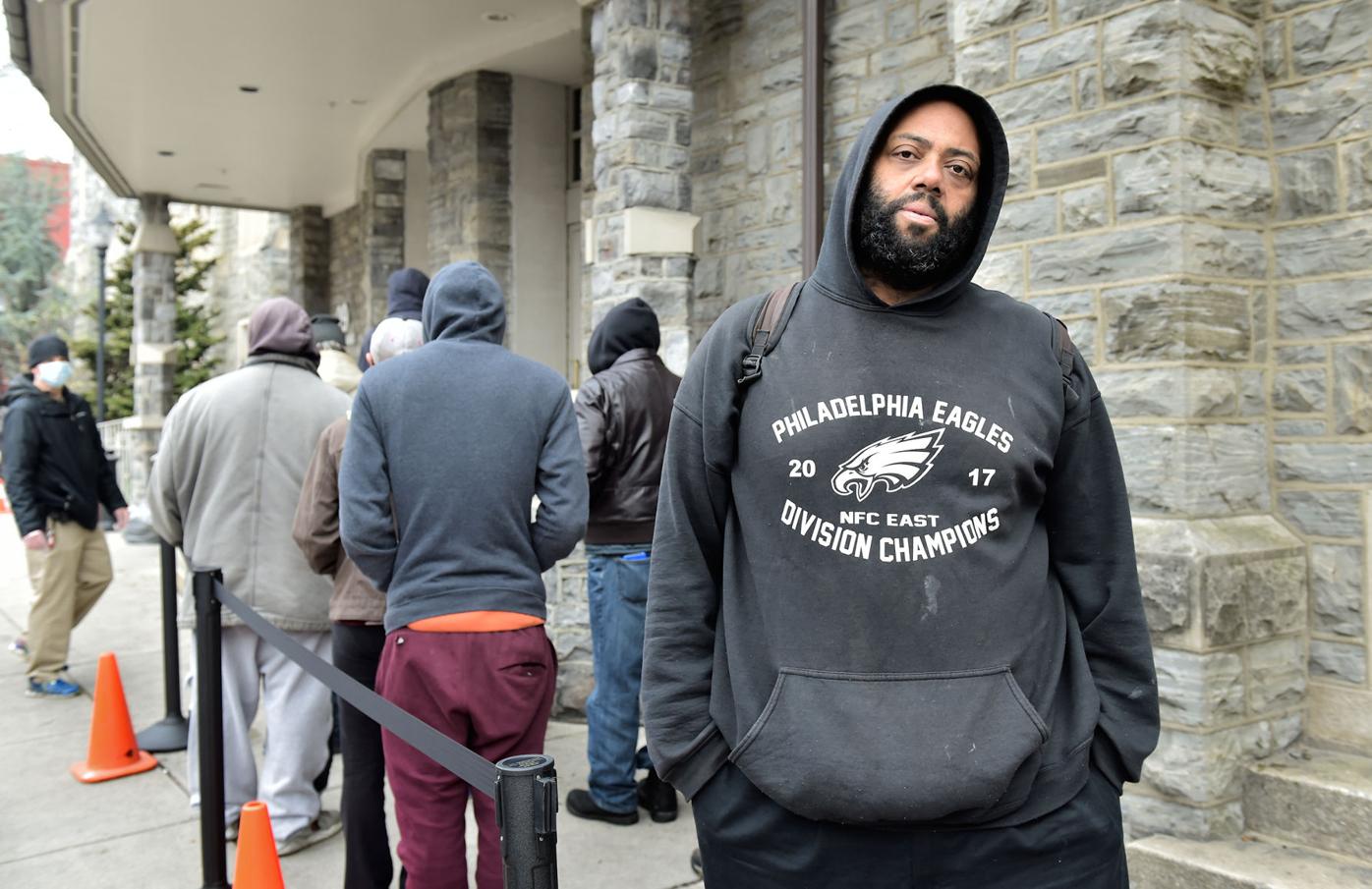 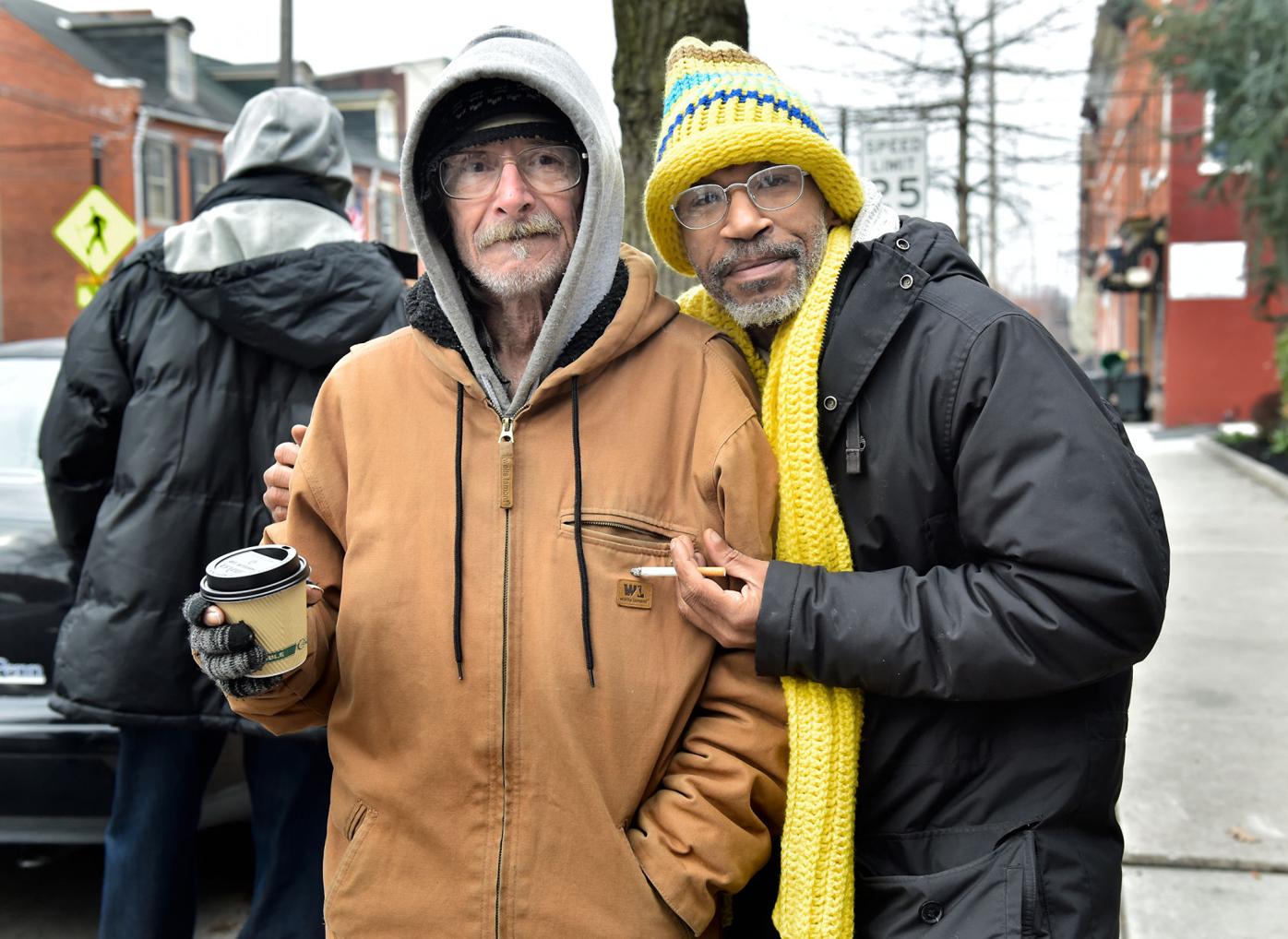 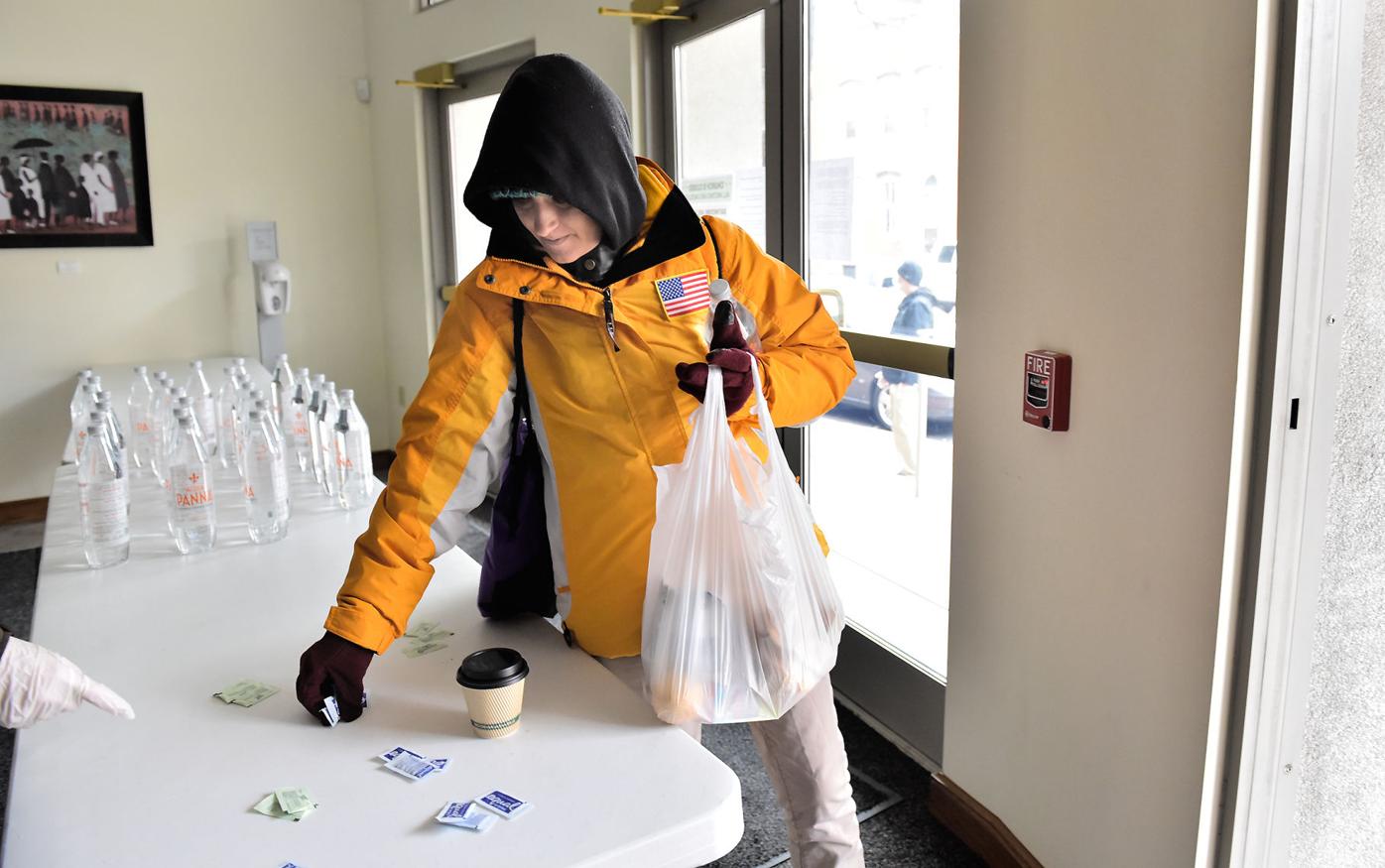 A man experiencing homelessness in Lancaster was in quarantine Friday while awaiting results of a coronavirus test, increasing concerns of an outbreak among vulnerable people who wander the streets and sleep in shelters and parks.

The man, a guest at the shelter at Water Street Mission, is now housed in a private room in an undisclosed building obtained and overseen by the county’s network of service providers for the homeless, Jack Crowley, Water Street Mission president, said.

The building has the capacity to quarantine up to 40 people.

The opening of a quarantine facility is an example of the kinds of actions local groups and governments are taking to respond to COVID-19 among the homeless.

Here's a list of free grab-and-go meals in Lancaster

Meanwhile, service providers and Lancaster city officials say efforts are ongoing to open a center where those without housing can be warm, dry and safe during the day. That need came to the forefront after the pandemic forced the closures of Lancaster Public Library, coffee shops, restaurants, community meals and other indoor spaces normally open to the public.

“The whole idea is to prevent folks from needing hospitals,” said Jen Koppel, executive director of LanCo MyHome, a coalition of service providers for the homeless. “No one has lived through a time like this, which makes me impressed with the amount of coordination that is going on.”

“As you can imagine, in the best of circumstances, homelessness is scary,” Sorace said.  “As mayor, my best efforts are to mobilize and marshal as many resources as we can to care for our most vulnerable at this time.”

A resident of Landis Homes has tested positive for COVID-19 and is in a local hospital, the …

Changes in how outreach is happening to the homeless include the following:

_ The winter shelter for up to 40 women at St. Mary’s Catholic Church will remain open through April 30 instead of closing next week as was planned. It has been operating at capacity. Staff are taking temperatures when women arrive for the night. Paid staff has also replaced all volunteers, said Rebecca Saner of Lancaster County Food Hub, which operates the shelter.

_  Water Street Mission continues to shelter over 60 men in its emergency shelter and about 40 mothers and children in a separate shelter. It also houses about 60 men and 40 women and children in longer-term residential housing. Staff screens guests for symptoms. Meanwhile, the mission has drastically reduced volunteers on campus and 40% of staff is working from home. Disinfection of occupied spaces happens four or five times a day, Crowley said.

_  Feeding programs in Lancaster city are continuing three times a day, seven days a week. Grab-and-go bags are distributed in place of the traditional sit-down, community meals. Some locations have changed.

The best way to help, officials say, is to donate money to such providers as LanCo MyHome, Lancaster County Food Hub and Water Street Mission.

“I hate to focus just on money,” Gail Rittenhouse, Food Hub executive director, said, “but having enough resources to be able to meet the greater expenses that we are incurring enables us to weather this crisis.”

In interviews, some people experiencing homeless seemed to brush off any concerns about falling ill, but others were worried.

“We’re all outside, walking around town, exposing ourselves to the virus, because we now have cases in the county,” Tricia Schorn, 60, said. “We’re underserved medically. We have underlying health conditions. We’re dissed by everybody in town.”

“Guess what, we pick up our prescriptions at Rite Aid. We get our drinks at Starbucks. We eat at McDonald’s. We’re everywhere,” said Giancana, who sleeps at the women’s shelter. “So that’s the petri dish. And you know what’s helping to incubate it? The purple porta-potties (in the downtown) that they haven’t cleaned and that have run out of hand sanitizer. Those are purple petri dishes.”

The Rev. Mandy Mastros of Moravian Church of Lancaster said many of the homeless she encounters are resilient and grateful for free meals and shelter, but they’re also under stress.

“When the main direction for a crisis is to stay in your home, what do you do when you don’t have a home to stay in?” Mastros said. “When washing hands is necessary to stay safe, what can you do when you can’t readily shower and wash hands?”

“We have trouble seeing our homeless population sometimes,” she said. “One of the things I hope is a positive result with this is it’s harder to miss them now. My hope is, after all is said and done, we’ll do better to meet those needs.”

“Homelessness was a pandemic way before this,” she said.

It’s a simple space with a couple of folding chairs at each of 10 tables, a flat-screen TV on the wall and a coffee maker in one corner.