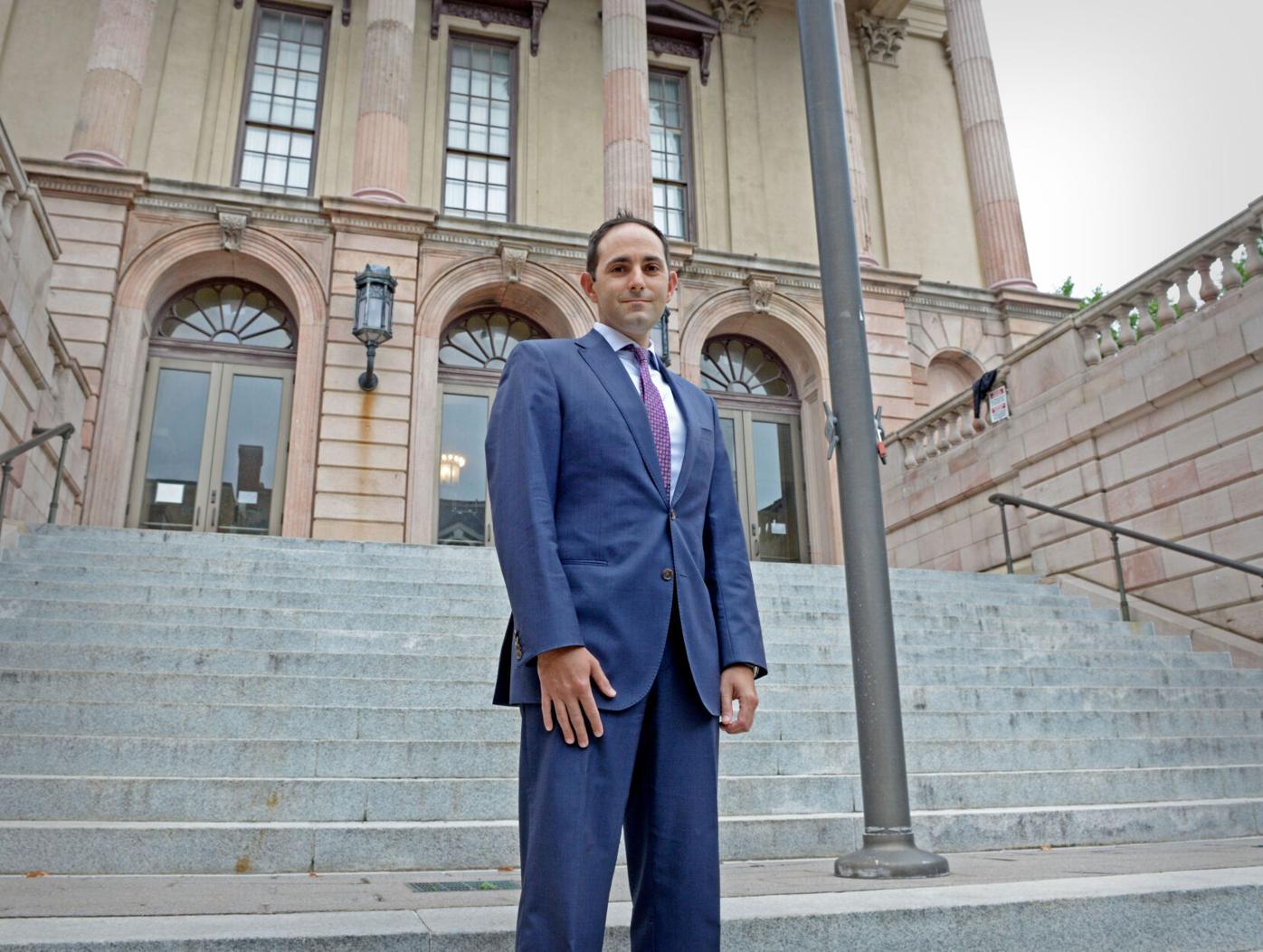 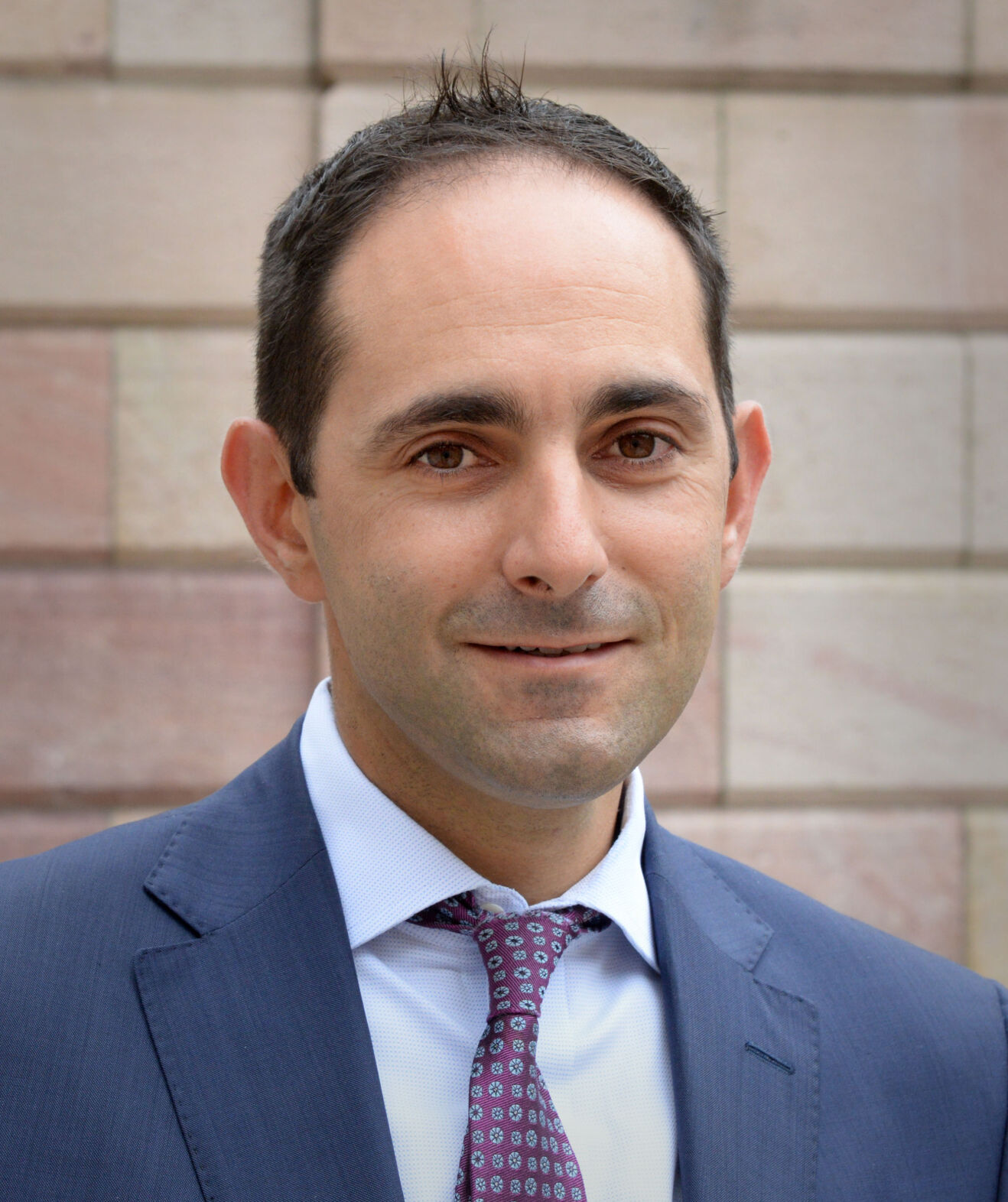 In April 2003, this newspaper’s predecessor asked readers to name one good thing about America.

A young Christopher Tallarico replied to the Lancaster New Era: “To get a fair trial and be innocent till proven guilty.”

And, yes, being a public defender means he’s an attorney. (More on that later.)

The county hired Tallarico, 39, in February while he was briefly serving as interim chief. He replaced Todd Brown, who became District Attorney Heather Adams’ first assistant. Unlike the position of chief prosecutor, which is elected, chief public defenders are hired in Pennsylvania. Only in a few states are they elected.

Recently, Tallarico has been in the news for two high-profile cases.

He also represented Debra Slaymaker-Walker, who had a seizure while driving that led to a crash that killed two Warwick teenagers in October 2018. In July, she pleaded no contest to involuntary manslaughter in an agreement that put her on probation for 10 years.

Tallarico oversees a staff of about 40: 25 attorneys, plus investigators, support staff and a social worker.

“This is a very good group. Everyone works together to get results,” he said during a profile interview in which he also talked about the office’s function.

A framed poster of the classic courtroom film “Anatomy of a Murder” hangs on the wall.

About 60% of the defendants in the county’s court system are represented by public defenders, he said. The rest hire attorneys or receive court-appointed counsel because of a conflict with the defender’s office.

Tallarico lives in Lancaster with his wife, Laura, who is an attorney and human resources director at a retirement community (they met while working in the public defender’s office), and their son, 8, and daughter, 5. He’s a 1999 Lancaster Catholic graduate and graduated from Mississippi College, where he demonstrated skills on a different court: tennis. He was Lancaster-Lebanon League’s 1999 AA singles champion. He graduated from Widener University School of Law in 2007.

“He’s a very smart guy who works incredibly hard and he has an uncanny ability to break a very difficult complex criminal case down in a matter of minutes,” he said.

Brown, his former boss, described Tallarico as “very diligent, extremely knowledgeable and fully dedicated to advocating for his clients’ best interests. His even-keeled demeanor and practical approach to resolving issues serves both his clients and the defender’s office quite well.”

Tallarico shared the following about his career in a question-and-answer session with LNP | LancasterOnline.

Did you always want to be a lawyer?

“In college, I thought I would become either a professor or get a doctorate in history or political science. Then in law school, I thought I could maybe be a lawyer and professor, but it’s hard to transition,” he said.

What attracted you to criminal law?

“It’s fascinating. I really like the search-and-seizure aspect of it and evidentiary issues.”

The right to counsel for those who cannot afford it is in the Sixth Amendment. Do people understand what that entails?

“Some people understand that appointed counsel is a licensed attorney, just like prosecutors. Some people think it’s another part of the district attorney’s office and they all work on the same team. And that’s not at all true. Some people think it’s the minor leagues for law students. I remember a client telling me after an acquittal, ‘Hey, you’re gonna be a good attorney when you get to be a real attorney.’ ”

Tallarico said an interesting perspective is watching someone’s understanding of the work evolve when they, or someone close to them, is charged with a crime.

“But if they then are charged, or if a family member or friend is charged, that person ... then becomes a champion of due process and expecting — like they should — an advocate,” he said.

You joined your staff in a Black Lives Matter march. What’s the office’s awareness on racial justice?

“You can’t not be aware of it. But it’s not something that just dawned on us. Here’s a local example: Three or four years ago, state police troopers were stopping people of color for driving in the left lane. And then they’re either getting people to consent to a search or just searching the cars. Of the roughly 30 such cases I had, only one was not a person of color.”

After efforts by the defender’s office and other entities, the troopers were told to stop, he said.

What other significant cases have you had besides Smoker and Slaymaker-Walker?

“I think about Marcus Rutter a lot,” he said.

Rutter was 16 when he and his cousin, Thomas Gregory Moore, then 25, broke into teacher Nicole Mathewson’s home and killed her in 2014.

Had Rutter not fallen under Moore’s influence, Tallarico said, the killing never would have happened. Rutter had cognitive and mental health issues, Tallarico said.

Rutter is serving 54 years to life. “He just got a lot of time,” Tallarico said.

Moore is serving life without the possibility of parole, plus 20 years.

This office has found laws applied inappropriately and has obtained acquittals or reduced sentences. Some people might say that’s exploiting a loophole.

“I’d say that spotting laws that are incorrectly applied or overly broad and applied are what we are required to do, regardless of the underlying crime. Marijuana laws aren’t what they were three years ago. So, us pointing that out and saying, hey, there are due process problems with this law, bringing that to the court’s attention, getting relief — that’s what this is all about.”

The majority of defendants end up convicted of something, usually through plea bargains. How do you judge success?

“Stone-cold acquittals happen infrequently (though cases that go to trial have a higher acquittal rate.) So getting reduced charges, reduced sentences, house arrest or diversion programs, those are real results that we get regularly and they have great beneficial long-term effects for clients.”

A motorcyclist was taken to Lancaster General Hospital with moderate injuries after a crash Tuesday in Penn Township, according to Northern La…

A court conference that had been scheduled for Thursday for Justo Smoker, the man charged with kidnapping missing Amish woman Linda Stoltzfoos…

DNA evidence found on a stocking of a missing Amish teenager, now presumed dead, prompted prosecutors to file a murder charge against the man …