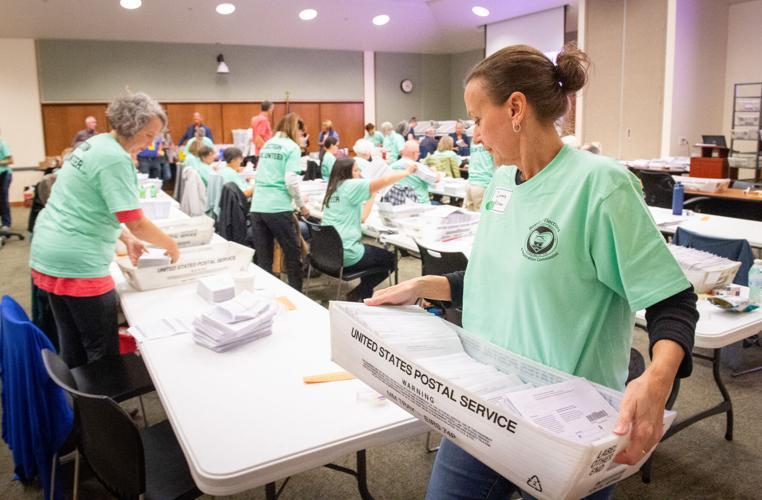 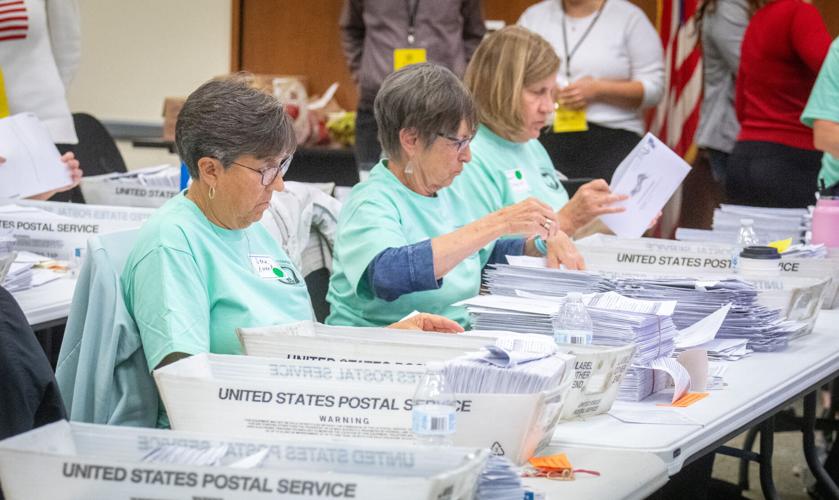 Lancaster County commissioners are set to approve today a $30,000 addition to a critical sorting machine for processing mail-in ballots. The cost would be covered by a state grant aimed at shoring up county-run elections in Pennsylvania.

The hardware update would add another “stacker” to a mail-sorting machine that can identify and segregate ballots into piles based on several factors, Lancaster County elections director Christa Miller said at a commissioners meeting Tuesday. The sorting machine, from Phoenix-based Runbeck Election Services Inc., can identify whether ballots are signed and dated, and separate those that aren’t.

It can also be programmed to sort mail ballots by voting boundaries, such as voting precincts. In the 2022 general election, county elections officials sorted ballots by state legislative districts.

The new stacker simply adds four more slots for grouping ballots, which will allow election workers to instead sort ballots by the county’s 19 school districts. With 12 available slots, that would still require two rounds of sorting through the machine.

But sorting mail-in ballots into 19 buckets instead of nine will be especially helpful for the municipal primary, Miller said, when scores of hyperlocal races create differences in ballots down to voting precinct.

Smaller tranches means election workers can more quickly perform recounts or prioritize scanning ballots in hotly contested local races. If a certain township supervisor race is expected to be really competitive, for instance, Miller said, election workers can scan and tabulate ballots from the corresponding school district, rather than the larger cohort of ballots from legislative districts.

The same principle applies to recounts, which are more common in down-ballot races with fewer voters.

The board of commissioners approved buying the sorting machine in August and election officials received the machine in September, Miller said. The machine and technical services from Runbeck cost $304,000 for this year, plus a $34,000 fee for each of the following five years.

At the time, it wasn’t clear whether the large machine would fit in the room the county used to process mail-in ballots, the election director said Tuesday, or if another four slots were really necessary.

But after the Nov. 8 election, it became clear there was space to add new slots and that doing so would indeed be useful, Miller said.

“It will make a big difference for us,” Miller told commissioners Tuesday.

How Lancaster County pulled off a near-flawless Election Day

Lancaster County looks to identify every Airbnb through taxes

Lancaster County gears up for primary races in 2023