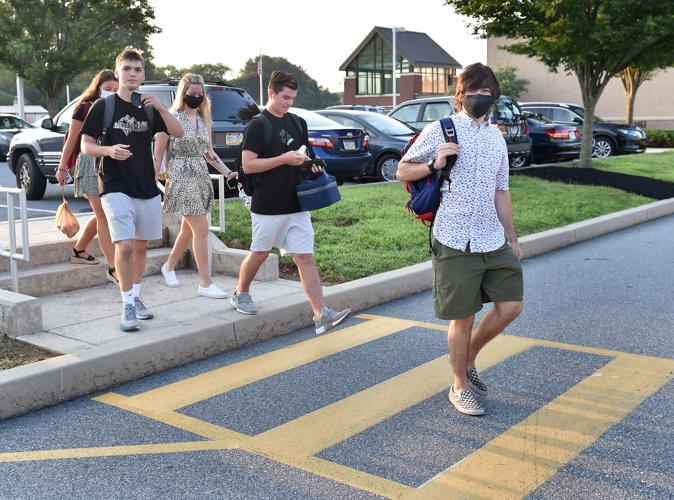 Manheim Township High School students prepare their masks as they walk from their vehicles to their first day of school on Tuesday, August 25, 2020. 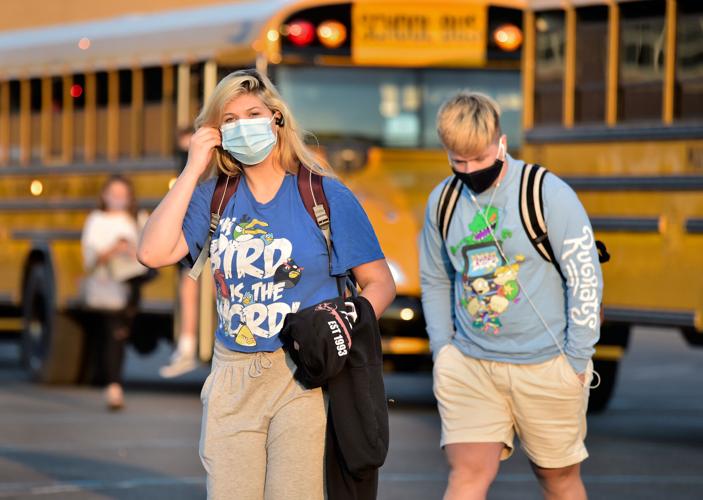 Manheim Township High School students prepare their masks as they walk from their vehicles to their first day of school on Tuesday, August 25, 2020.

Most Lancaster County schools appear to be requiring masks for the foreseeable future now that the Pennsylvania Supreme Court will hear arguments on the state Department of Health’s school mask order.

On Tuesday, the state Supreme Court reinstated the order, at least until Dec. 8, when it will begin court proceedings to determine whether state acting Secretary of Health Alison Beam legally executed the order at the beginning of the school year when COVID-19 cases were on the rise.

State Senate President Pro Tempore Jake Corman, a Republican from Centre County, and other legislative and school officials challenging the order say it is unlawful and claim Beam overstepped her authority by mandating masks. The Commonwealth Court earlier in November sided with that view when it threw out the order, prompting school district after school district in the county to announce a return to their original mask-optional policies.

The administration of Gov. Tom Wolf, however, appealed that decision to the state Supreme Court, reviving the order until the Commonwealth Court, again, sided with Corman and others who opposed it and decided to void the order on Dec. 4, this Saturday.

Most Lancaster County school districts planned to make masks optional after that date. But now that the Supreme Court has agreed to hear the case, making the order legally binding through the appeals process, most county districts appear to be playing it safe and requiring masks until the state Supreme Court comes to a decision.

Elizabethtown Area and Warwick were among the school districts that released updated stances on masks Tuesday.

“Before the school year began, the Board of School Directors approved a health and safety plan that required the District to follow state mandates and orders,” a letter to the Elizabethtown Area community read. “Now that the supreme court has issued an opinion and reinstated the order through the appeals process, we will revert back to mandatory masking for all students, staff, and school visitors.”

“After consultation with the board, and in accordance with our health and safety plan, beginning tomorrow morning, Wednesday, December 1, 2021, all students, staff members and visitors to Warwick Schools will be required to wear a face covering unless they have previously received a proper exemption,” they wrote in a letter to families Tuesday.

The month of November saw several school boards take matters into their own hands in the face of conflicting court decisions regarding the mask mandate. School boards like Cocalico, Ephrata Area, Penn Manor and Pequea Valley voted to make masks optional moving forward, regardless of what the courts decide.

And then there’s another wrinkle: The Wolf administration was expected to end the mask order on its own Jan. 17, 2022. That announcement, however, came before the arrival of the potentially more contagious COVID-19 variant, dubbed by international health officials as omicron.

It’s unclear if that plan still stands if the state Supreme Court does not decide on the mask order before next year.

Two girls admitted to pushing over and damaging an ice sculpture on display at the Ephrata Rail Station Plaza four days after it was created, …

Two top officials with the School District of Lancaster are expected to testify next week in a Commonwealth Court trial that could significantly alter the way schools are funded in Pennsylvania.

'Tougher days may be ahead': What does 2022 hold for the COVID-19 pandemic in Lancaster County?

With 2021 in the rearview mirror and the new year quickly approaching, LNP | LancasterOnline asked: What does 2022 hold for the COVID-19 pandemic?