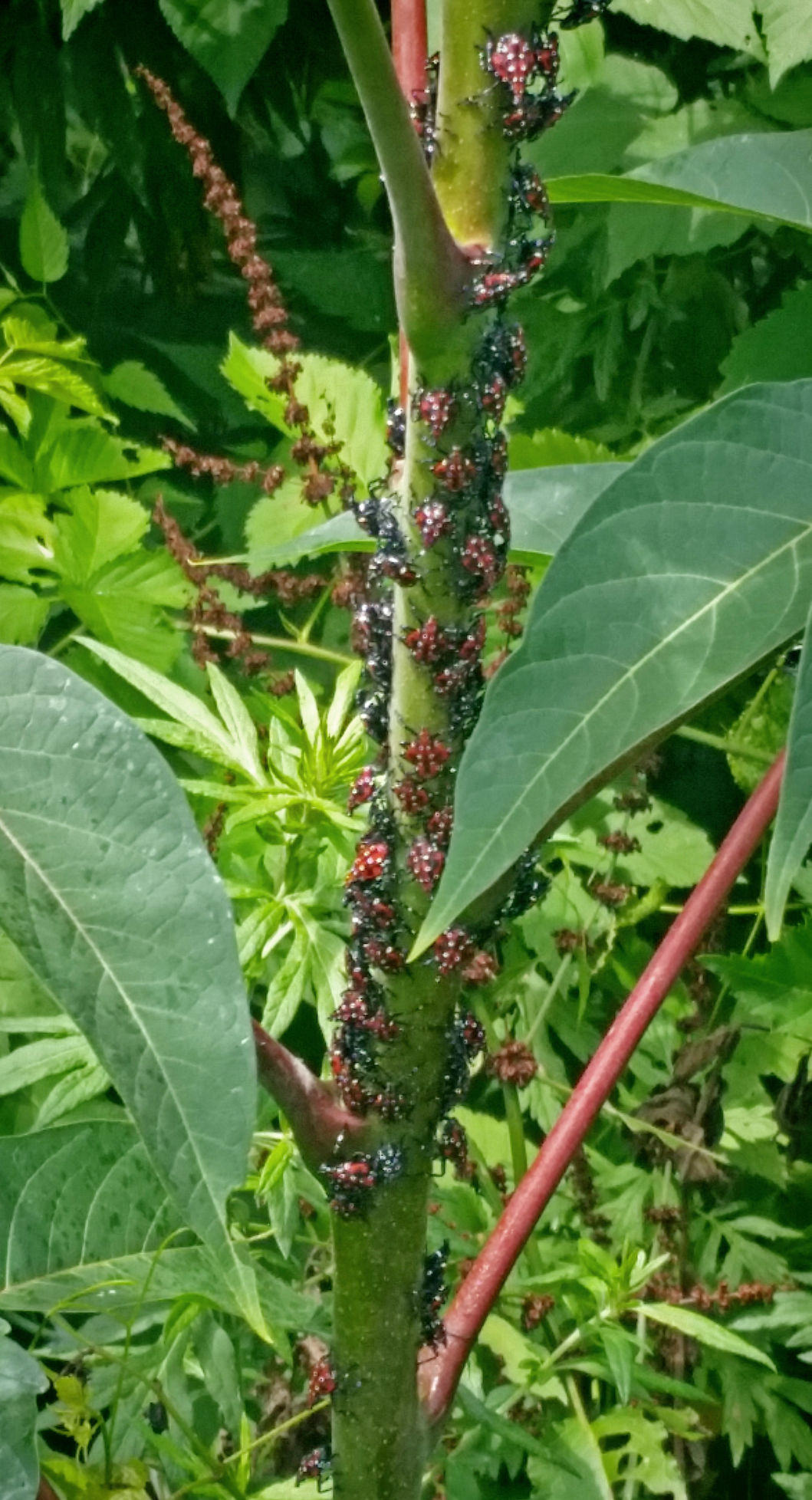 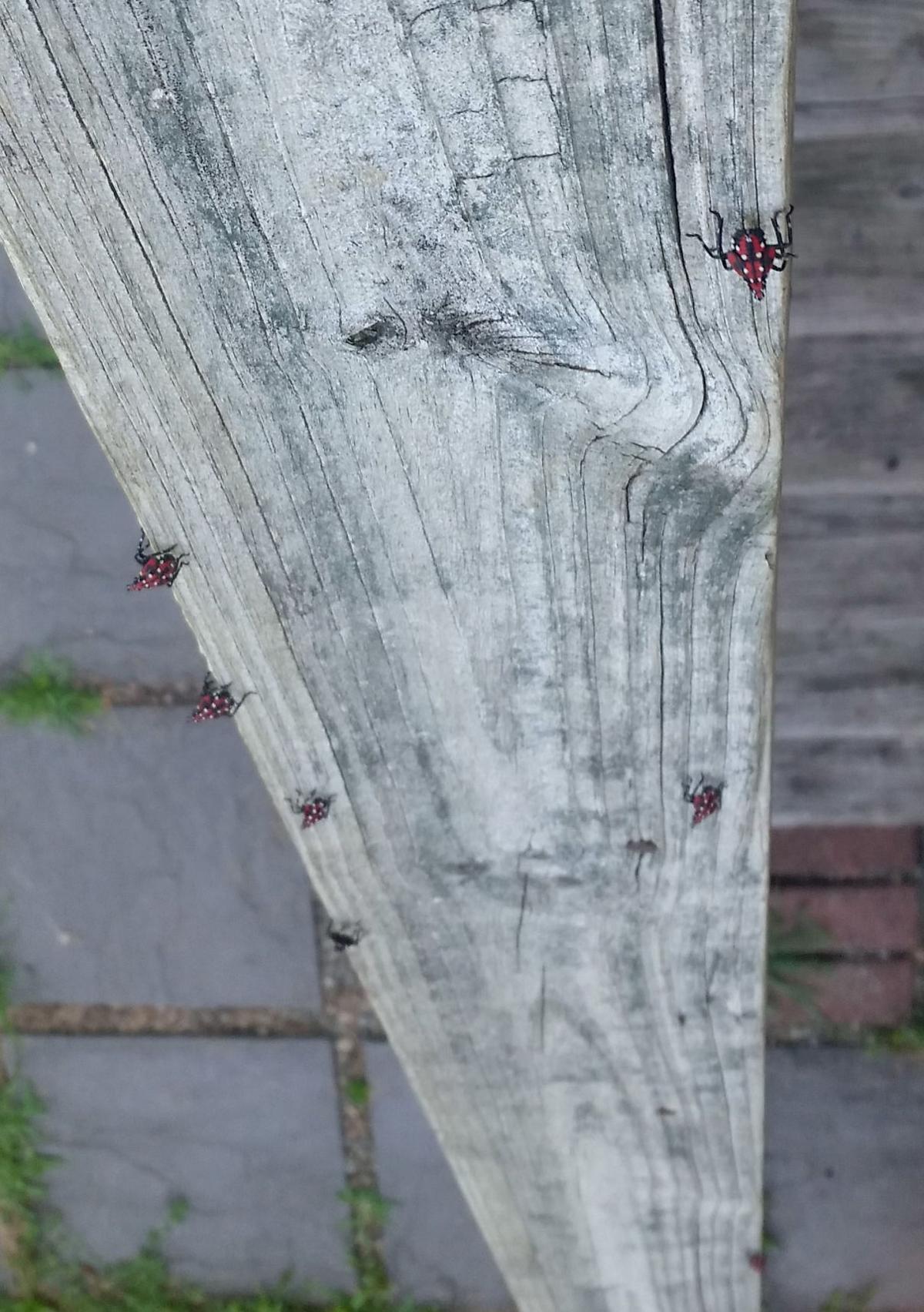 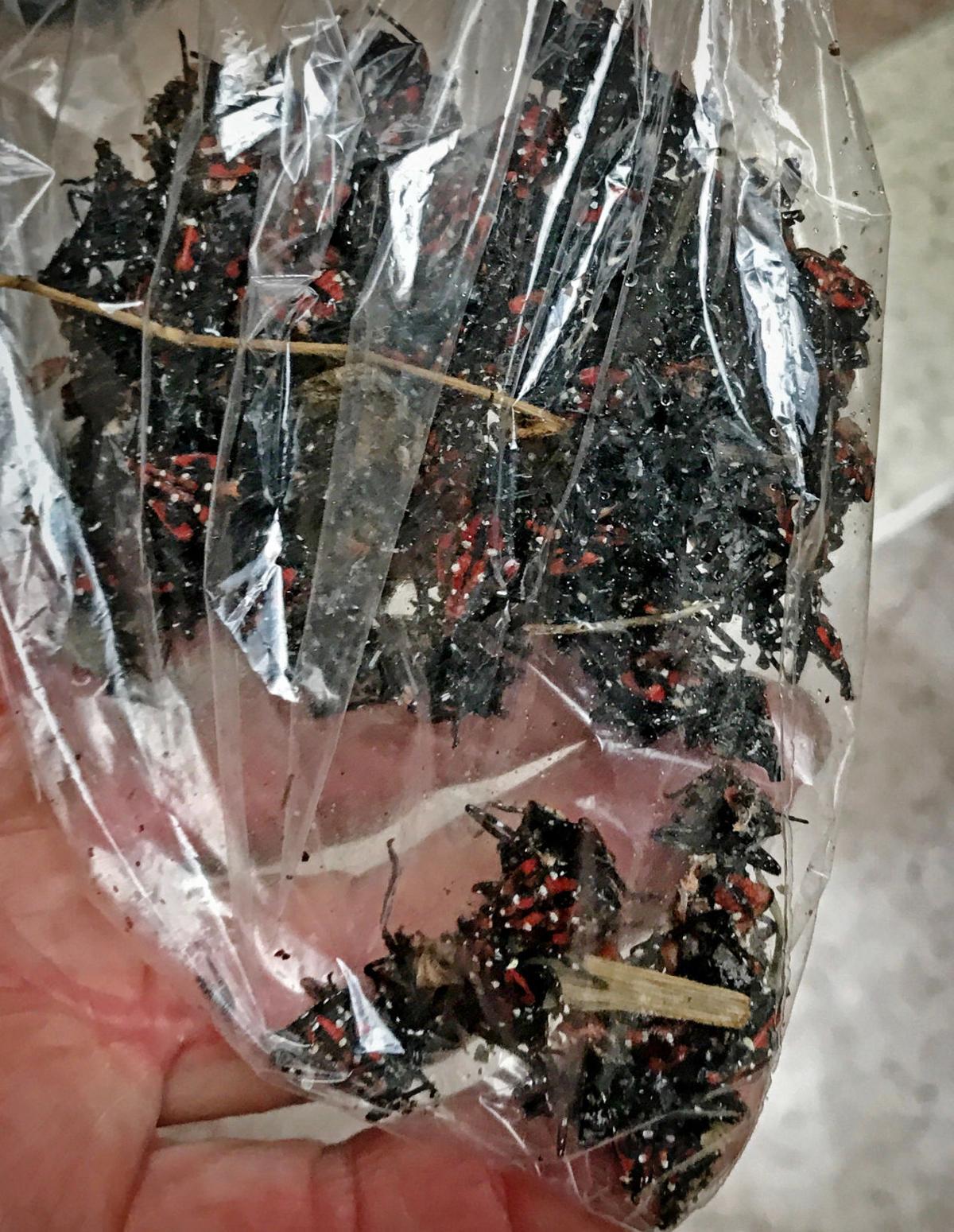 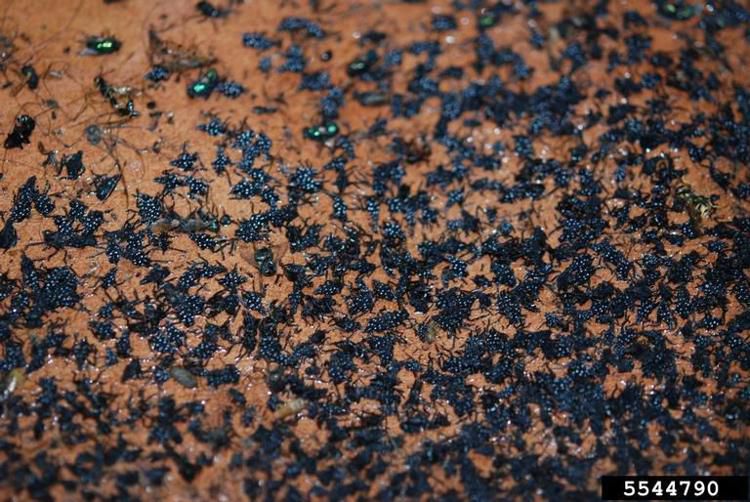 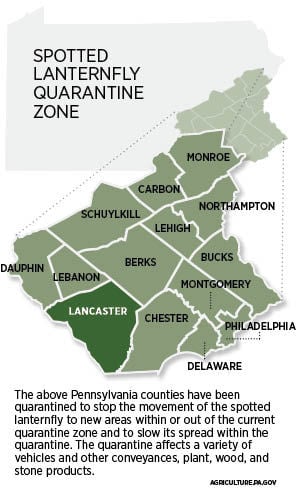 Ginny and George DiIlio spent two hours swatting spotted lanternfly nymphs on their Ephrata Borough property on Monday and collected about 150 of the dead insects.

The couple said they have seen a significant increase in the number of nymphs on their property this year.

“We did not have this problem last year,” she said.

“Is the borough going to do anything about controlling these things?” Ginny asked during the meeting.

But with the state and federal agriculture departments, Penn State University and other agenices already fighting to control the spread of the insect, there isn't much local governments can do.

Penn State Extension educator Lois Miklas said the insects seem to be spreading out from Berks County and into Lancaster County.

"There definitely seems to be an increase in Lancaster County this year," she said.

Although the exact reason for their fluctuation between the counties is unknown, entomologists think they may be searching for more food, she said.

“They’ve already been feeding a lot in Berks County and they seem to be looking for fresh resources (in surrounding counties), Miklas said.

Lancaster County is in spotted lanternfly quarantine zone: What you need to know about business permits, travel

Ed Weaver, the owner of an orchard just over the county line in Berks, said he has seen a considerable decrease in the number of lanternflies on his property this year.

From the number that have hatched so far, he believes there may be 50% less on his property this season.

Weaver, like Miklas, believes that the insects seem to be looking for new food sources in less impacted areas.

According to Powers, quarantining is a legal process and takes time.

Just because the insects were found in York County, doesn’t mean the quarantine will be automatically expanded, she said.

It may be a while before it can be determined if the population found in York County warrants a quarantine, she said.

One step the Pennsylvania department did take this year is adding the tree of heaven – an invasive tree that the insects feed on –to the state’s noxious weed list.

Starting in September, the sale or purchase of the tree of heaven, also known as ailanthus, will be banned in Pennsylvania, Powers said.

Back in Ephrata Borough, Ginny spent Tuesday swatting lanternflies with the help of her grandchildren.

As mayflies near the end of their season, spotted lanternflies are reaching adulthood in Lancaster County

The Latest: Protest outside Kentucky church; police nearby

In June, a Penn State Extension educator predicted the spotted lanternfly would run through the center of Lancaster County this year.