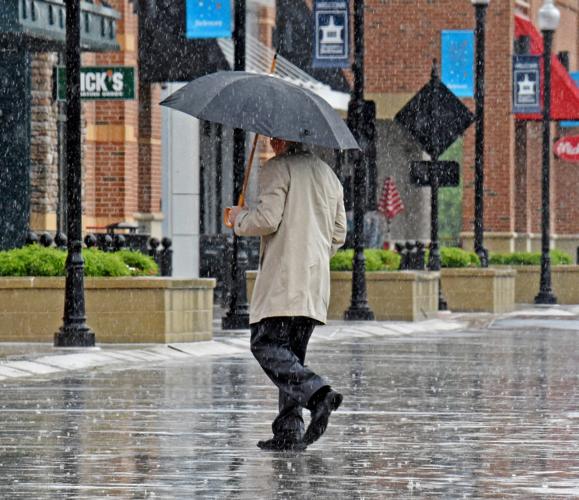 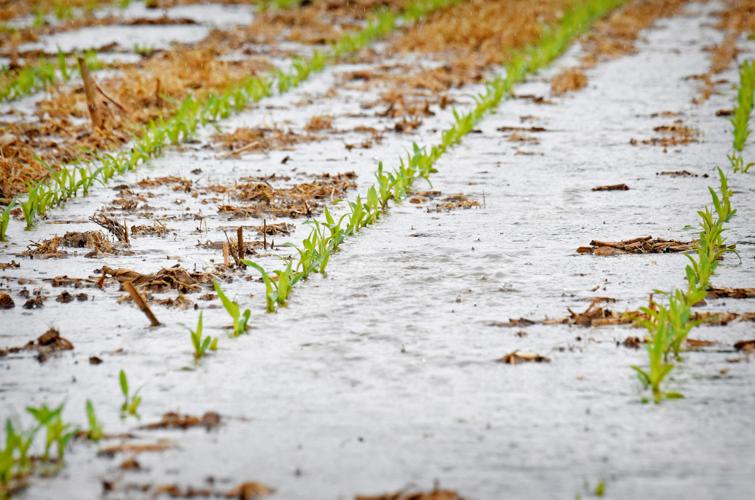 Water flows around crops growiing along Donerville Road in Manor Township Monday, May 13, 2019. 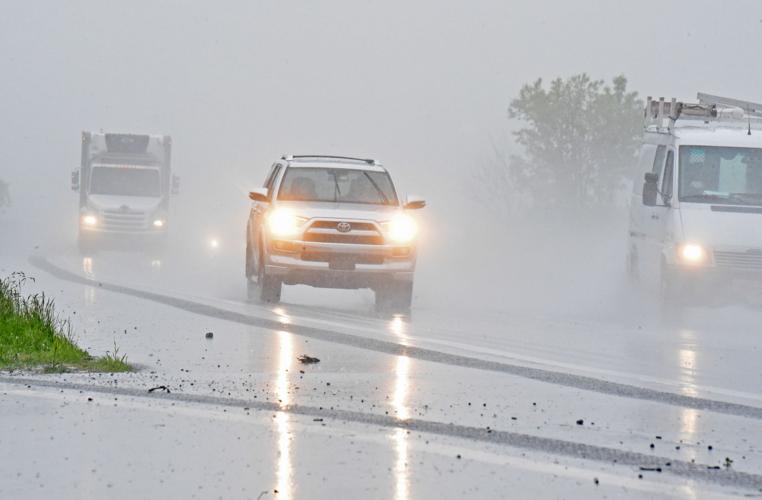 The first five months of 2019 has seen an above-average amount of rain fall in Lancaster County.

As of Sunday, 17.84 inches of rain has fallen in the county over 31 days this year, which is 4.17 inches more than the year-to-date average, according to the Millersville University Weather Information Center.

Sixty-one inches of rain fell over 153 days in 2018, making it the wettest year on record.

“At this point, it’s apples and oranges,” he said Monday. “You can’t compare this year to last year — yet.”

Horst said as of April, rainfall was tracking normal.

“We are pretty much spot on,” he said.

Of the 31 rainy days in Lancaster County so far this year, Friday has been the rainiest. Following are the number of times it’s rained on a certain day in 2019 through Sunday:

‘We’re not on a record pace’

It’s too early to speculate about how rainy this year will be, Horst said.

The damp pattern is expected to continue this week, with chances of rain Wednesday and Friday, Horst said.

Forecasts from the weather information center and AccuWeather.com both include a chance of showers for today.

Horst said the rain will clear up by the end of the month, and it will most likely be warmer.

The amount of rainfall last year was a rare situation, Horst said, a record-holder in a century of data.

And Horst can’t imagine the county will have back-to-back record rainfall years.

Lancaster County had more rainy days in 2018 than Seattle's average

So far, May has had an average month’s worth of rain in the first 13 days — about 4 inches including Monday’s rainfall, Horst said.

The county is tracking at about 3 inches above the average for this time of year, which is nowhere near last year’s 20-inch margin with about half the year left, Horst said.

Problems, but no disaster for farmers

Jeff Graybill, an agronomy educator in the regional Penn State Extension office in Lancaster, said local farmers did see problems with disease and effects to the quality of their crops as a result of all the rain in 2018, but the rain did not cause a disaster.

“Too wet is usually not as bad as too dry, because you can drain your field and the rain runs off,” he said.

He said some crops were able to manage the onslaught of rain better than others. And farmers were also able to use fungicides to control much of the diseases the rain caused.

“May is when we plant the high-value crops,” he said Monday.

And if the crops are not planted in time because of the rain, that means the harvest could be late and the yield may be less, he said.

Lancaster County hasn't hit 90 degrees yet; if it holds off for another week, will be longest since 2003

Summer officially starts Friday, but there hasn’t been a lot of heat to beat so far this year.

Has Your Doctor Asked You About Climate Change?

When Michael Howard arrived for a checkup with his lung specialist, he was worried about how his body would cope with the heat and humidity of…