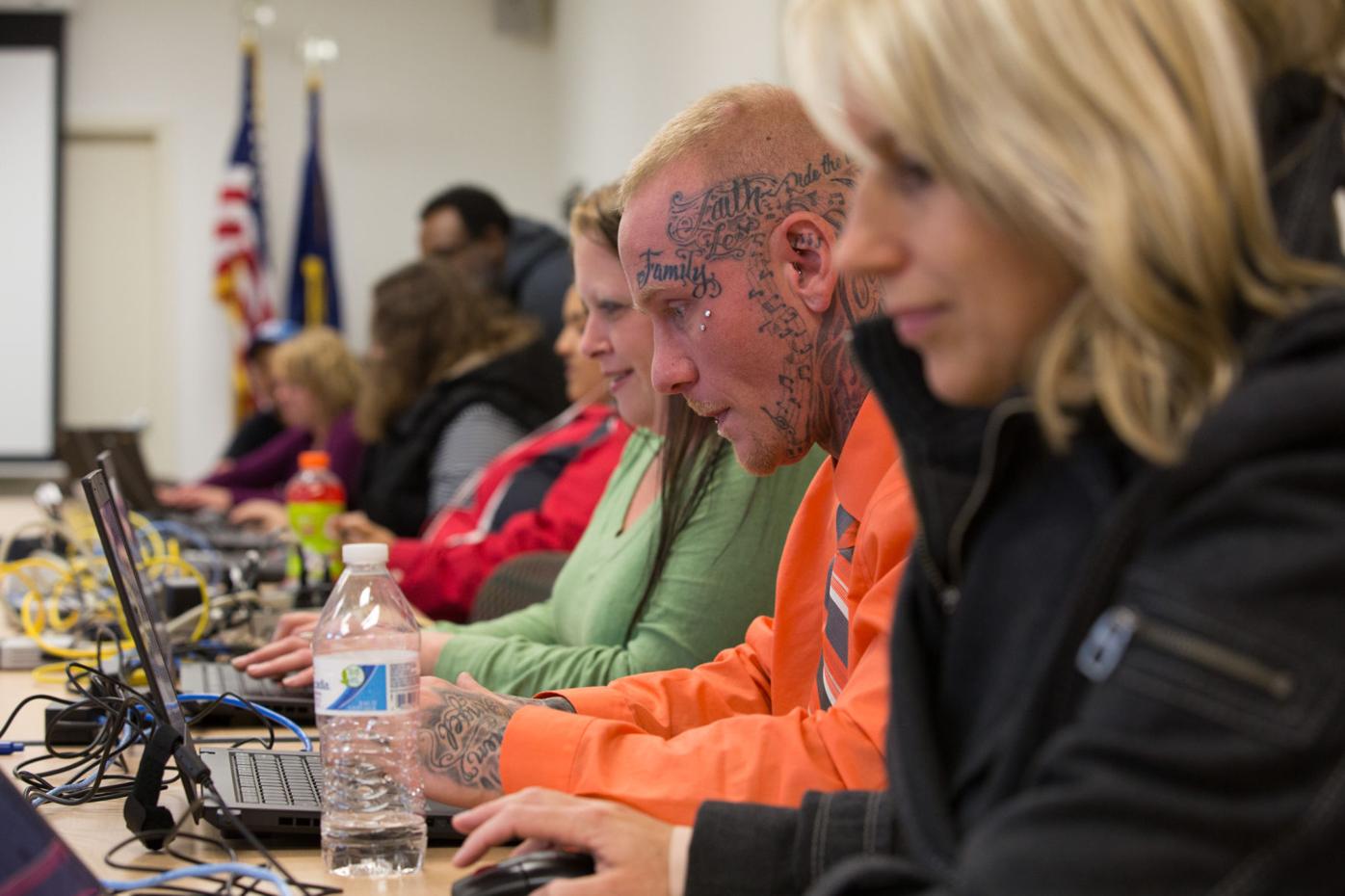 Consumers test Pennsylvania's medical marijuana patient and caregiver registry on Oct. 30, 2017. Regulators said that was a last step before the registry is opened to the public. 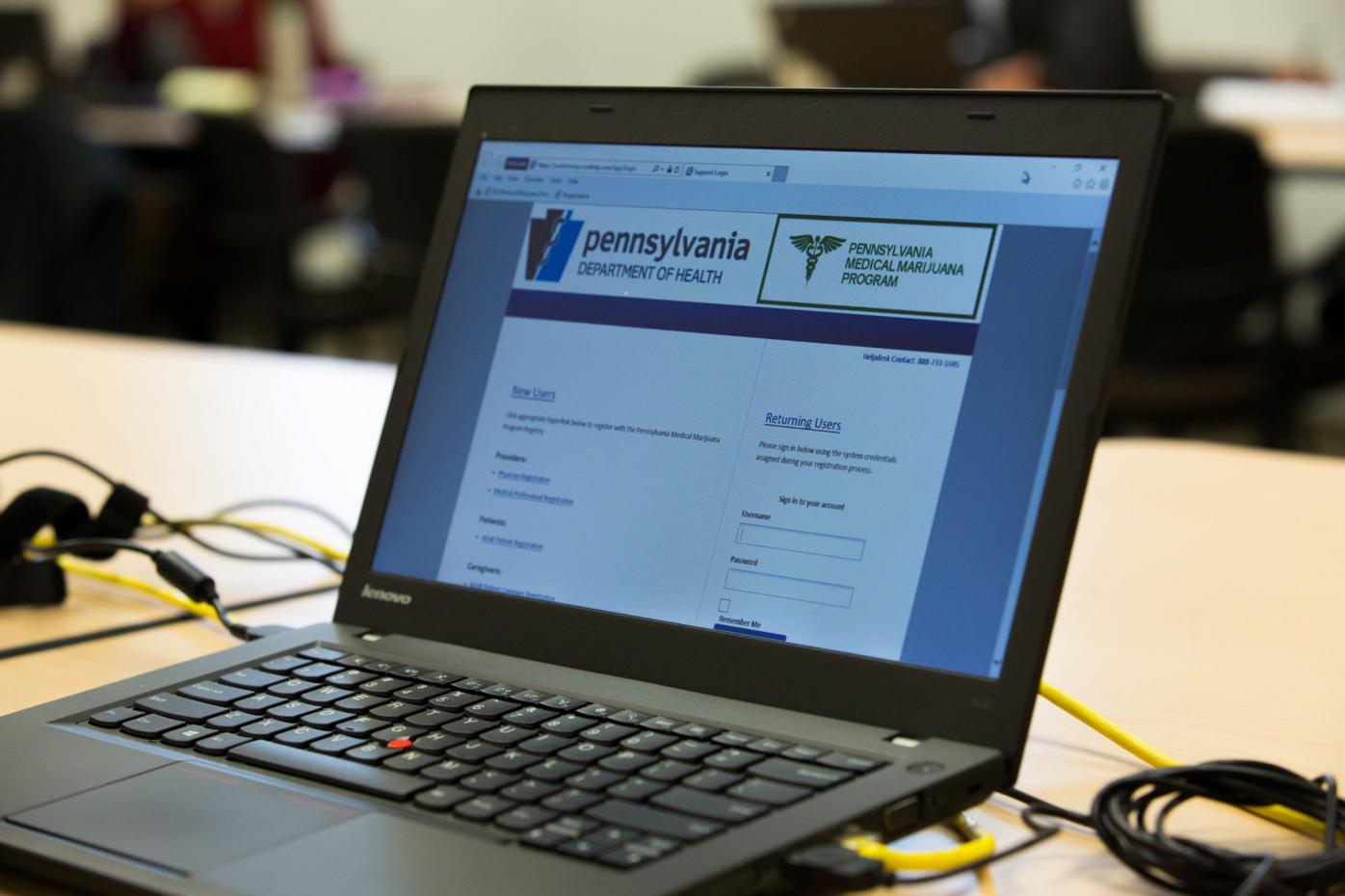 A test of Pennsylvania's medical marijuana registry for patients and caregivers. 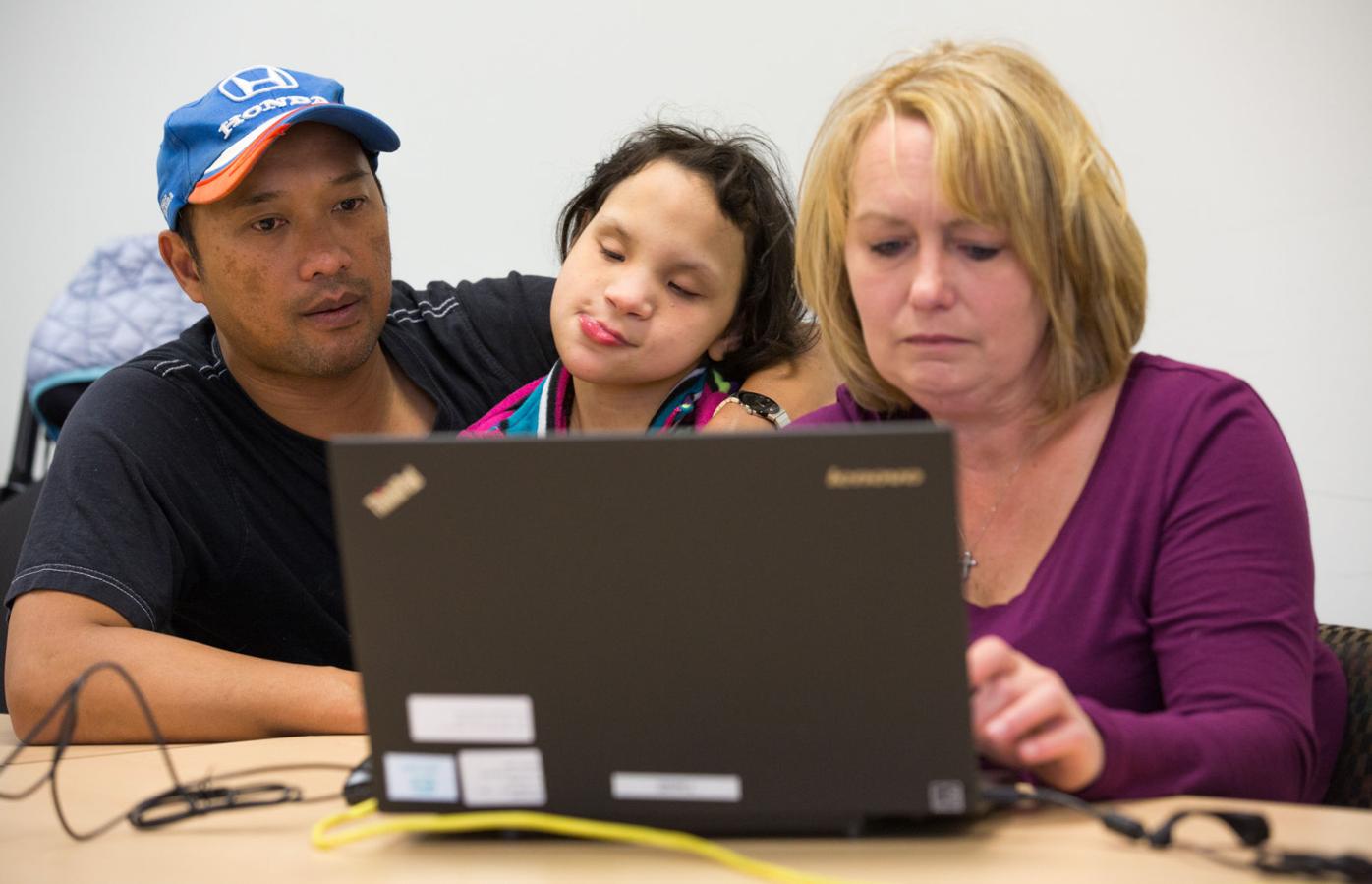 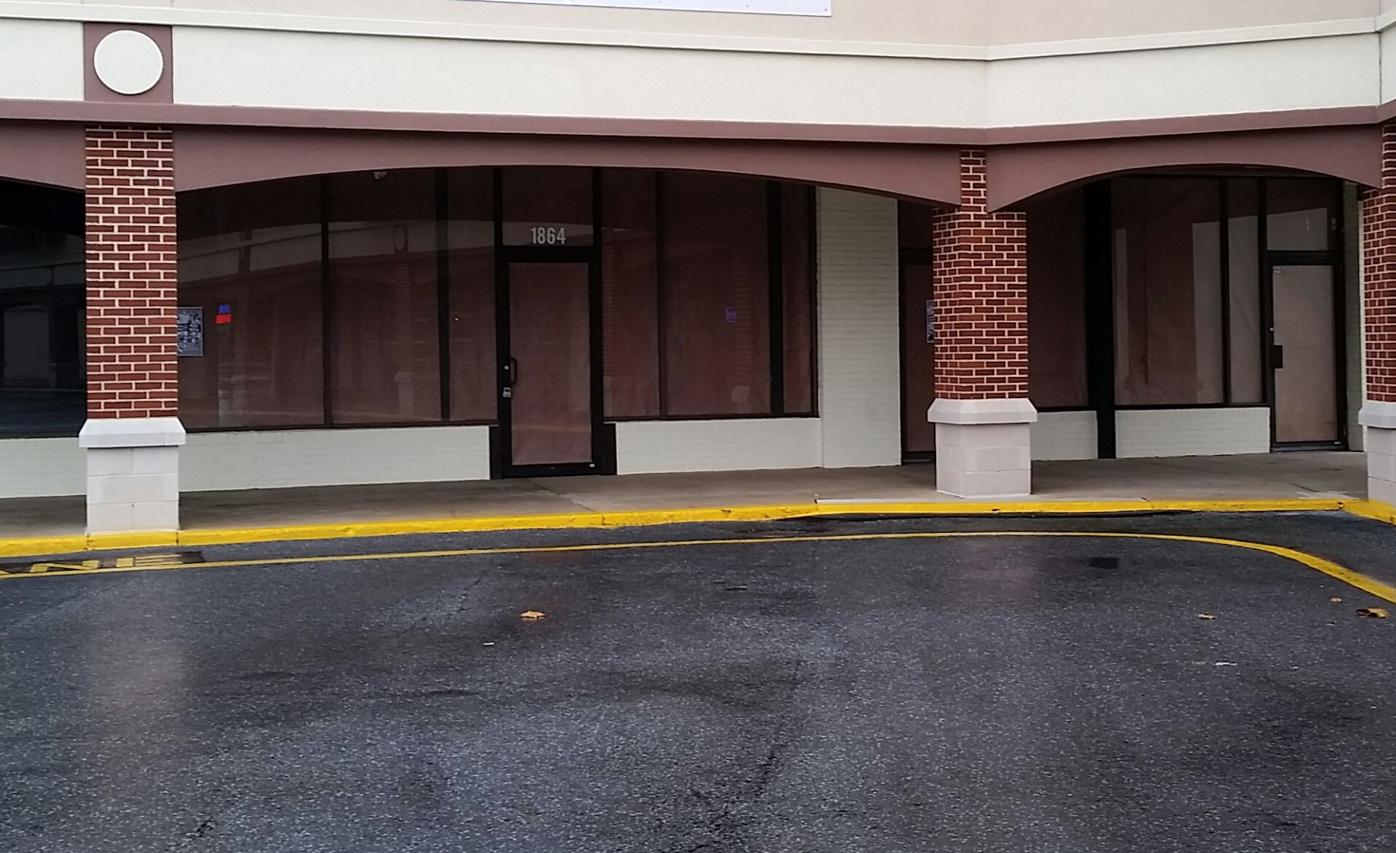 Consumers test Pennsylvania's medical marijuana patient and caregiver registry on Oct. 30, 2017. Regulators said that was a last step before the registry is opened to the public.

A test of Pennsylvania's medical marijuana registry for patients and caregivers.

More than 1,000 people signed up within 24 hours of Pennsylvania opening its medical marijuana registry for patients and caregivers, state officials said Thursday.

In addition to launching the registry this week, officials also said medical marijuana should be available for sale in Pennsylvania in the next six months, and unveiled a list of doctors who are participating in the program.

According to officials, all 12 companies authorized to grow and process medical marijuana in the state will be operating by the end of the year.

So far two of those 12 companies have gotten approval to start planting seeds, one about two weeks ago and one Tuesday.

The Pennsylvania law passed in 2016 authorizes some forms of medical marijuana — pills, oils, vapor and liquid — for those with specific medical conditions who are certified by a participating doctor.

Three hundred twenty-four minors in the state have been able to use medical marijuana under “safe harbor” letters that insulate their parents from criminal charges when using products obtained legally in other states, but adults have to wait until the program is fully implemented.

Here are some key updates for Lancaster County residents.

So far, just a few docs

One key question for medical marijuana in Pennsylvania is whether there will be enough participating doctors to keep up with the demand from patients.

So far, just two Lancaster County doctors are participating, along with a total of 13 in neighboring Berks, Chester, Dauphin, Lebanon and York counties. 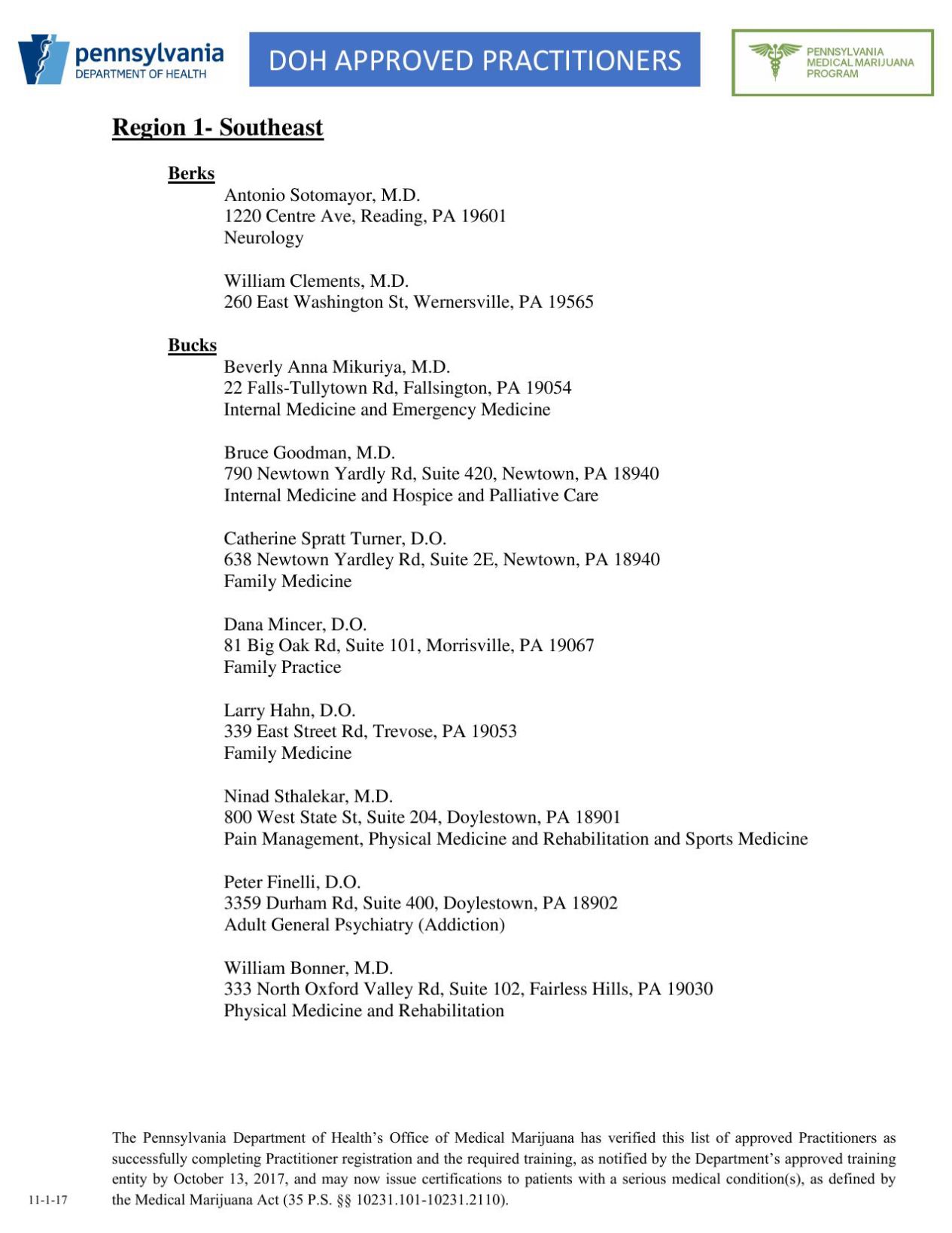 Statewide, officials said, more than 100 doctors are participating, with more than 300 having started the process of applying to participate.

By comparison, the department estimates that about 1 million Pennsylvania residents have one of the medical conditions covered under the law.

In July, when LNP asked local health care systems if they would be participating in the medical marijuana program, they said they were evaluating the situation.

UPMC Pinnacle provided a short written statement Thursday saying its physicians are not currently participating and noting, “At this time the medical evidence does not support the use of medical marijuana for most medical conditions.”

Updates from the other systems were not available at press time.

Approved patients and caregivers will be able to purchase medical marijuana only at an official dispensary, of which there will be about four dozen throughout the state.

The only dispensary permit awarded for Lancaster County went to Bay LLC, which will do business as Cure Pennsylvania in what is currently a small empty space at 1864 Fruitville Pike in the Kmart plaza, between Dragon Hibachi & Sushi Buffet and Ichiban Japanese Steak & Seafood Restaurant.

Ryan H. Smith, Cure Pennsylvania's director of operations, said the store’s opening date depends on how soon grower-processors have medical marijuana products available, and looks likely to be late in the first quarter of 2018.

The storefront is covered with paper, but company CEO Sil Lutkewitte said Tuesday that some early preparation has started as the company awaits final municipal approval for an estimated $600,000 in renovations and equipment.

Manheim Township confirmed that the required approval is a routine construction issue and is expected to be finalized as soon as this week.

The state has a Dec. 29 deadline for dispensaries to meet operational requirements, and Smith and Lutkewitte both said the Lancaster dispensary will meet it.

Smith said the dispensary will employ up to 12 people and recruiting has started for senior-level staff, while other jobs will eventually be posted on curepenn.com.

The patient and caregiver registry is at https://padohmmp.custhelp.com/app/login, and detailed instructions on how to apply are available at pa.gov/guides/pennsylvania-medical-marijuana-program/.

This story was updated at 11:30 a.m. Nov. 3, 2017, to add the department's estimate of how many patients have conditions covered by the law.

How hard will it be to get medical marijuana in Pennsylvania? Here's what we know [Q&A]

There are still many unanswered questions about how things will play out for people who want medical marijuana in Lancaster County, including how hard it will be to get the required certification, how much it will cost, and what forms of medical marijuana will be available.

Each of the counties surrounding Lancaster has at least one dispensary permit winner.

She specializes in physical medicine and rehab and said quite a few of her patients have conditions that may qualify them to receive medical marijuana, which she calls medical cannabis.

“I feel that the medical cannabis is going to fill a void for treatment for these patients who have not had pain relief from our traditional medicine that we’re providing for them,” she said. “That's why I decided to pursue it.”

Baublitz said some patients have asked about medical marijuana, and she found out that the state list had been published this week when she started getting calls from people who aren’t currently her patients.

The other participant is Dr. David Simons, who's one of two physicians at Pain Management of Community Anesthesia Associates in Lititz.

"Anything short of putting someone on chronic opioid therapy is something I'm open to trying," he said.

Simons said he and other participating doctors will likely have to do a lot of educating, as they will be getting calls from people who don't understand how the program works.

"We're going to do this in a careful and methodical way," he said.

More than 3,800 patients sign up in first week of Pennsylvania medical marijuana registry

More than 3,800 patients signed up in the first week that Pennsylvania's medical marijuana registry was open, according to Gov. Tom Wolf.

Medical marijuana: Lancaster County's up to 3 participating doctors, and other news

As Pennsylvania's medical marijuana program gets closer to full implementation, what it's going to look like here is becoming clearer.