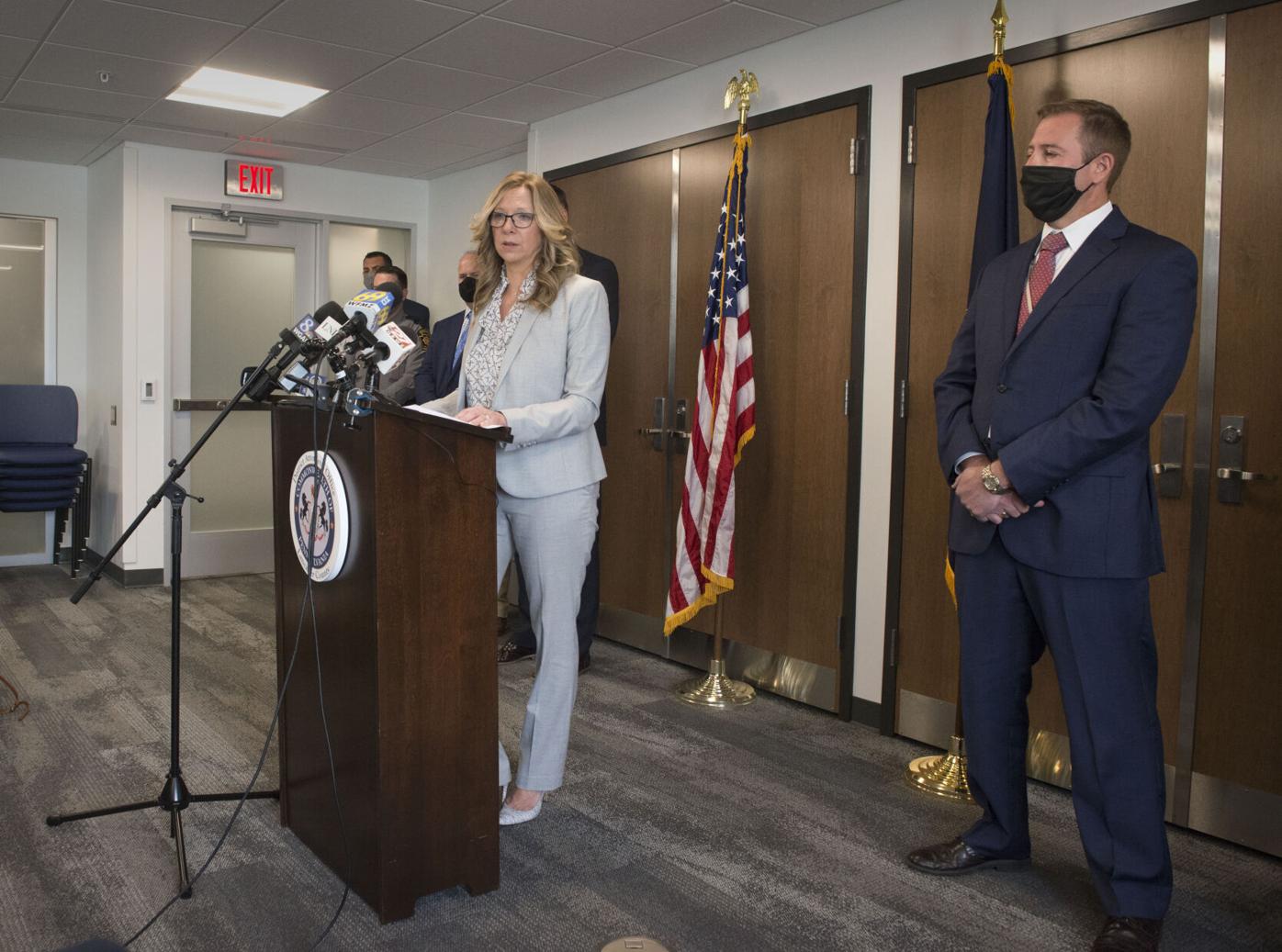 Lancaster County District Attorney Heather Adams talks about the recovery of a body she confirmed to be Linda Stoltzfoos during a news conference at Lancaster County Courthouse, Thursday April 22, 2021.

Lancaster County District Attorney Heather Adams talks about the recovery of a body she confirmed to be Linda Stoltzfoos during a news conference at Lancaster County Courthouse, Thursday April 22, 2021.

The news conference is started at 11 a.m.

Watch the livestream below.

The remains were discovered by a team consisting of the FBI, East Lampeter Township police and Pennsylvania State Police, the district attorney's office said in a news release.

Mervin Fisher, who is Stoltzfoos' uncle, told LNP|LancasterOnline that the family has been told there are strong indications the remains recovered are Linda's, but investigators have yet to make an official identification.

An autopsy is scheduled for Friday.

Here is every story LNP | LancasterOnline has posted about the disappearance of 18-year-old Linda Stoltzfoos, in chronological order.

DA's office investigating if it will seek death for man charged in kidnapping, death of missing Amish teen Linda Stoltzfoos

A freeze watch has been issued for Lancaster County beginning Thursday night and extending into Friday, according to the National Weather Serv…

Ten months to the day after Amish teenager Linda Stoltzfoos disappeared on the way home from church, officials in Lancaster County found her r…