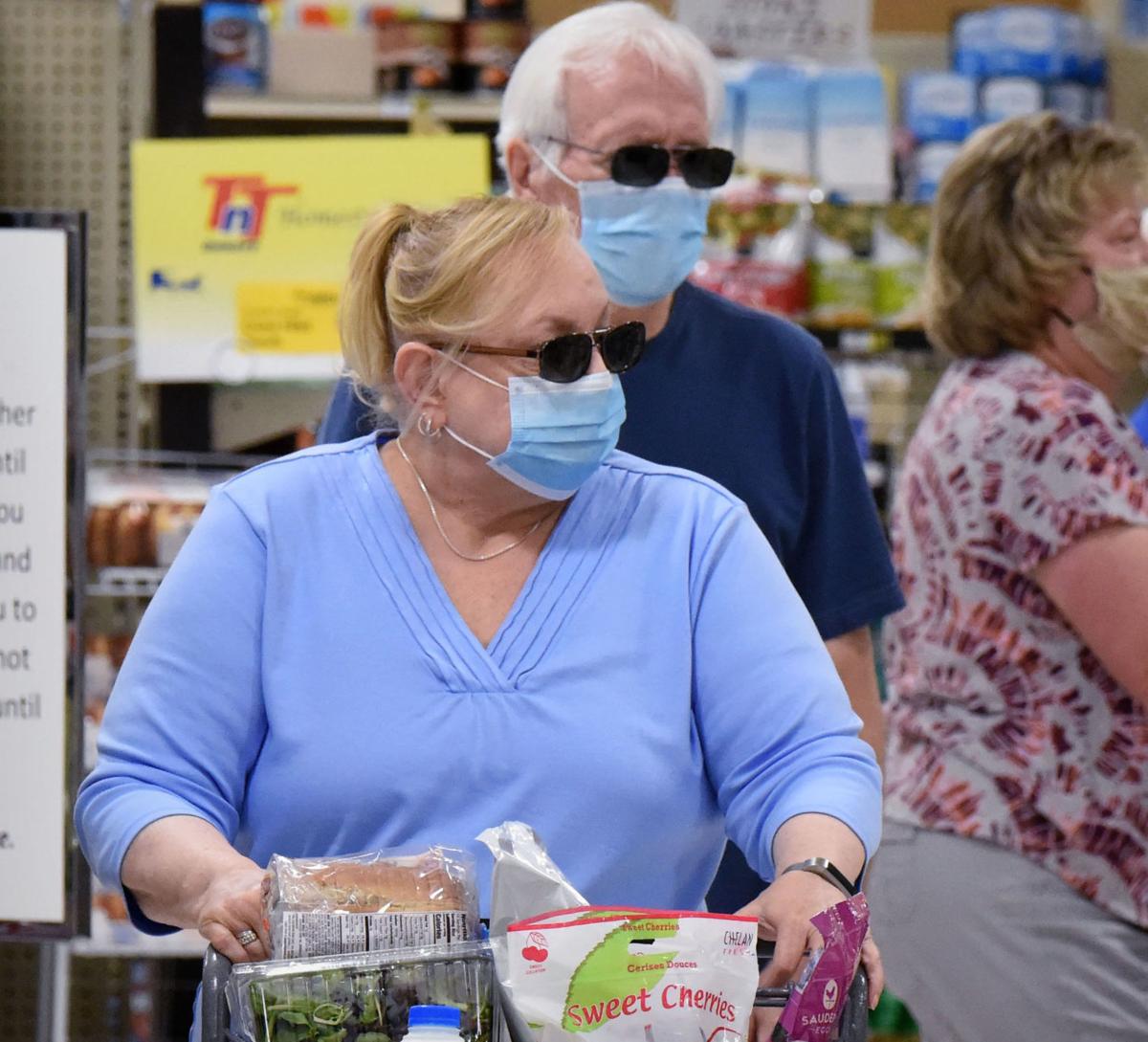 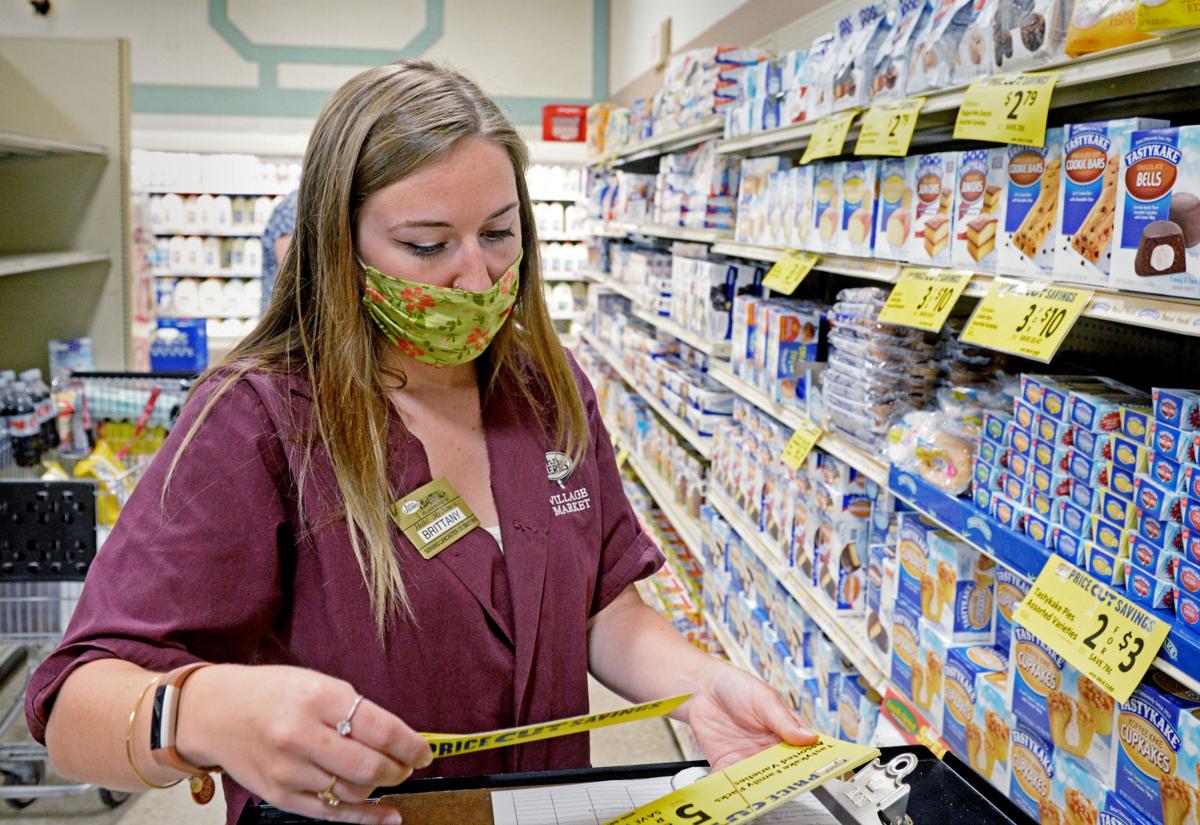 At the Gameseum in Ephrata, which reopens today after being closed since mid-March, customers without masks should expect to be asked if they are exempt because of a medical condition.

Owner Steven Van Splinter said he wrestled with how to craft the arcade’s policy on masks, saying he resents feeling like an agent of the state when it comes to enforcing the mandate expanded Wednesday to include more indoor spaces as well as outdoor gatherings.

“They're asking us to enforce this stuff, but we don’t really know how they expect us to do that,” he said. “We’re arcade owners; we’re not people police.”

The order, issued Wednesday by state Health Secretary Rachel Levine and supported by Gov. Tom Wolf does not include anything that hasn’t been communicated in health guidelines that since April have required employees and customers to wear masks. Yet the new guidelines have some businesses thinking twice about how to deal with the occasional customers who won’t wear masks.

“I guess we could change our attitude and say very nicely to the customer, ‘Do you know that the state says you must now wear a mask when you’re out in public?” said Jim Eshleman, owner of John Herr’s Village Market in Millersville, which has required masks, but doesn’t question customers who aren’t wearing them.

In posts to Twitter after the most recent order was announced, both Wolf and health department officials shared graphics that read: “Masks are mandatory in all public spaces.”

But a news release sent out of Wolf’s office Thursday sends a different message. It cites the new order, stipulating that mask wearing is required outside only when members of different households cannot maintain a 6-foot distance from one another.

Nate Wardle, spokesman for the state Health Department, spelled it out more clearly.

“If someone is headed outdoors, and can consistently maintain social distancing from people who are not members of their household, then a mask is not required,” he said.

It’s that type of mixed messaging that has confused people like James Whitacre, who walked the sidewalks in downtown Lancaster city late Thursday morning, calling out to scold someone who wasn’t wearing a face covering.

“I did the isolation for as long as I was supposed to and stayed inside unless it was absolutely necessary to go out,” Whitacre said, explaining that he’s followed the rules in an attempt to slow the spread of the virus.

But he knows many other people haven’t been, he said, and the fact that those people won’t face punishment baffles him.

“If you can’t enforce it, people will break the law,” Whitacre said.

It’s highly unlikely that citations will be filed against someone who is not following Levine’s order, state police officials have said — and have been saying since mid-March when the state’s first virus-related restrictions were implemented.

“Regarding enforcement, we are relying on the good sense and cooperative spirit of Pennsylvanians to follow the secretary of health’s mask-wearing requirement order, and at this time, law enforcement will not be charged with enforcing this latest order with citations for noncompliance,” said Trooper Brent Miller, a state police spokesman.

Complicating the situation is the fact that businesses can’t require customers to show proof of a medical condition that exempts them from wearing a mask. That loophole has led to many businesses taking an impersonal approach to their policies, which include lots of signs but rare follow-up by employees.

While Van Splinter says he plans to ask maskless customers if they qualify for an exemption, he knows he can’t press the issue. “If they claim they’re exempt, apparently we have to let them in all the same.”

Even before the most recent mandate, most store customers were wearing masks, though maskless ones aren’t hard to find.

At nine convenience, grocery or hardware stores stores LNP visited Wednesday afternoon in eastern and northern Lancaster County, nearly all customers were wearing masks, although all but one store — the Sheetz in New Holland — also had at least one customer without one. Of 105 customers observed going in the stores, 16 did so without masks. None of those customers were questioned by employees of the stores, which included Turkey Hill, Rutter’s, Giant, Sheetz, Good's and PaulB Hardware.

Mike Gorman, a 56-year-old Millersville resident, says he wishes either police or employees at his hometown Sheetz would be a little more vocal about the mask mandate. Gorman, who has stage-3 lung cancer, says he recently said something to a maskless customer at the store while the clerk watched silently.

“I sort of take it personally,” he said. “If I was to contract that virus, I’m dead.”

If you plan on going to Lancaster Central Market today, you will have to wear a mask to enter. If you don't, you'll be provided a face shield …

If Secretary of Health Rachel Levine's order requiring all Pennsylvanians to wear a mask while in the public extends into the fall, students and school employees will have to abide by the rule, the state Department of Education confirmed in an email to educators Thursday.

Social Media Image About Mask Efficacy Right In Sentiment, But Percentages Are ‘Bonkers’

Other public health experts we consulted agreed: They were not aware of any science that confirmed the numbers in the image.

A liquidation sale is underway at Coleson Fine Clothiers in Manheim Township as it prepares to close in mid-September.

To adhere to state guidelines, restaurants are requiring servers to wear masks at all times. Customers, however, are allowed to take off masks…

Restaurants, bars owners reeling from Gov. Wolf's new restrictions; 'This might be the one that just knocks us out'

After the owner of an Elizabethtown coffee shop created controversy with a recent social media post about face masks, some former employees ha…