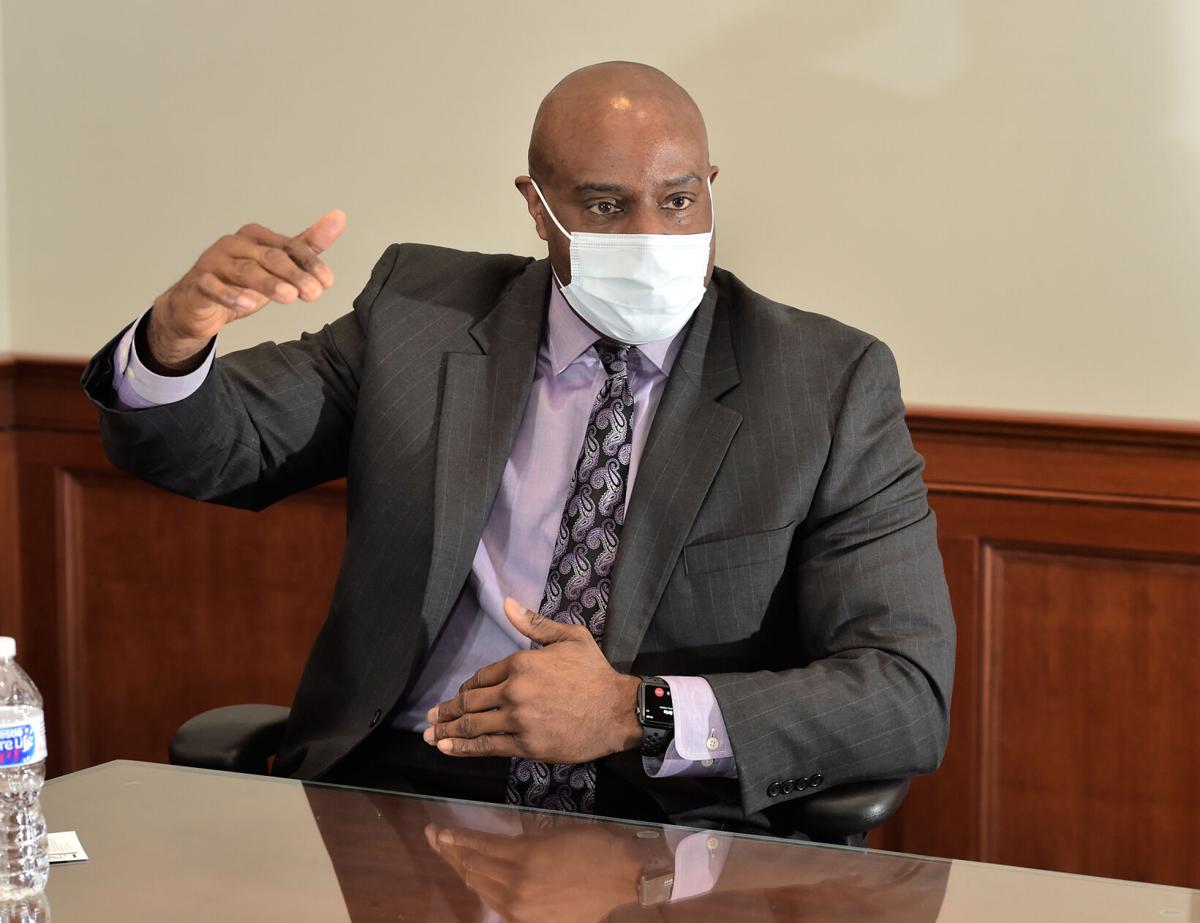 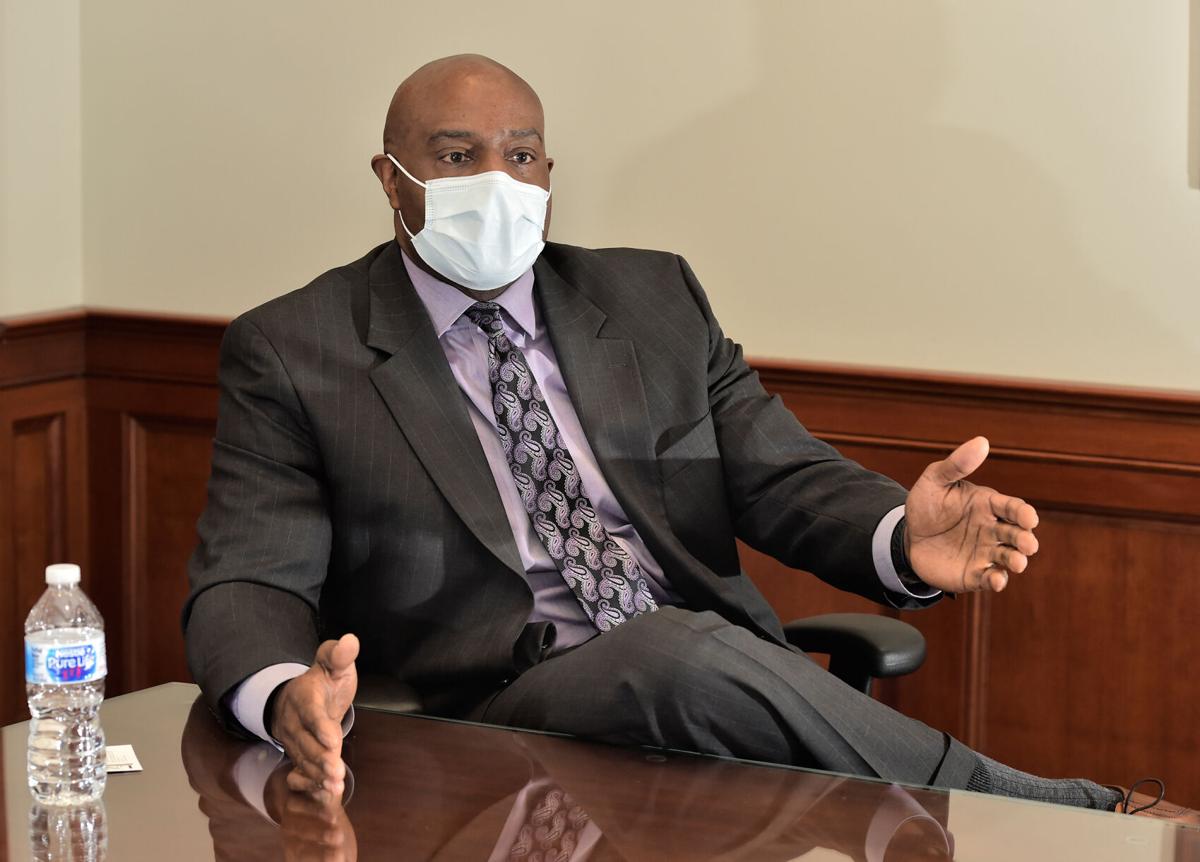 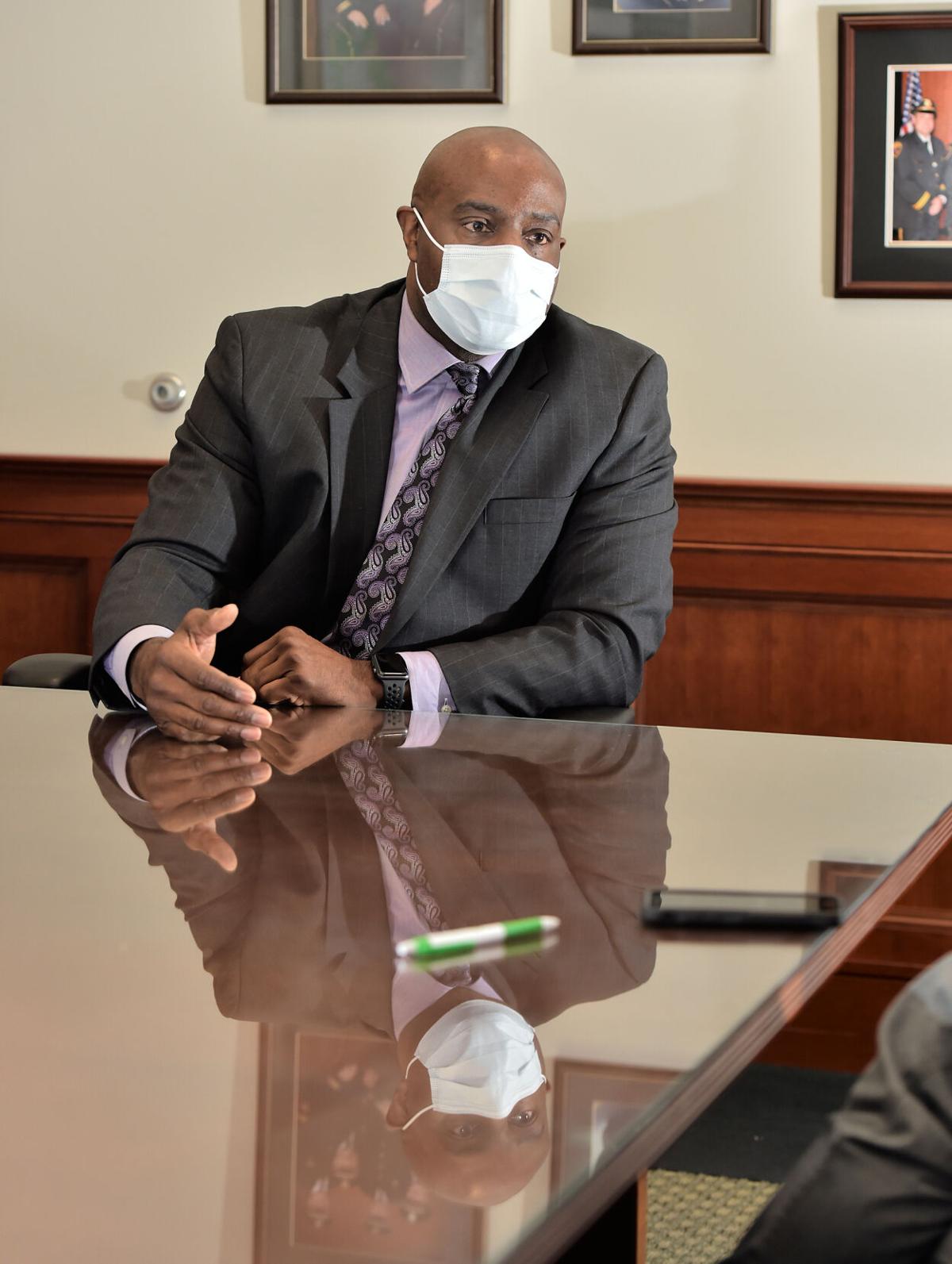 Lancaster’s interim police chief would like to shorten that title.

John T. Bey, who was in his sixth day on the job Monday, made it clear he wants the job full-time.

While he’s still assessing the department, he said during a 45-minute interview that he’s not aware of any problems.

“One week in, and it is clear to me that Chief Bey gets it,” Sorace wrote in an email Monday. “He understands and is enthusiastic about the work ahead – both internally and externally. It is the fresh start we needed to move forward together as a community.”

Learning of the position

The Pittsburgh-native is a 25-year veteran of the Pennsylvania State Police and a chief master sergeant in the Air National Guard.

He succeeds Jarrad Berkihiser, whose unexpected retirement was announced by Sorace on Oct. 2. Sorace said she came to doubt that Berkihiser shared her vision for the direction of the police department, following the death of George Floyd in May and, locally, the police shooting death of Ricardo Munoz.

In late October, Sorace outlined the process she’ll follow in hiring a permanent chief, including  community listening sessions that will start in January.

While Bey said he wasn’t actively looking for a job as chief, he said he heard of Berkihiser’s retirement and thought he might apply once the job was advertised.

Instead, fire Chief Scott Little got the ball rolling.

Little knew of Bey through the reserves and asked him if he might pass his name on to Sorace as a potential candidate; Bey agreed.

“What he’s accomplished (in the state police and military) really are things that can help our city,” Little said.

Little said he thinks Bey could bring some new ideas.

“Being an outsider coming in, I was no different,” he said. “So, it’s just different perspectives versus silo-ing up.”

Lancaster is not Bey’s first time leading a police department. After retiring from the state police, he served as police chief of Middletown for two years and four months. He left that job to become financial management superintendent for the 193rd Special Operations Wing of the Pennsylvania Air National Guard.

At the time, Middletown’s roughly 20-member department was seen as unaccountable. He brought in an outside firm to conduct a review of the department, implemented employee performance reviews and personal improvement plans, and increased the hiring of minority and women candidates.

A police department that’s more reflective of the community is something Sorace wants and that Berkihiser and his predecessor, Keith Sadler, had also worked toward.

“I think recruiting is an issue for every police department regardless of race, but certainly given the complex nature of the relationship between minorities and law enforcement from a historical perspective makes recruiting that demographic that much more difficult,” Bey said. “So it’s going to be incumbent on us as an organization to come up with a plan – a very effective plan – to reach out to minorities and women and show them why they need to consider a career here in Lancaster city’s police department.”

Bey can draw on his experience as former head of the state police’s recruitment and special services office and head of its Heritage Affairs Section, which builds relationships with historically underserved groups, including minority communities, and which helps local agencies handle hate and bias crimes.

He also spoke generally of his vision for policing.

“Certainly, 21st century policing strategy, and the foundations of it, lends itself to police departments being integrated into communities and more impactful in communities in ways other than law enforcement, and certainly if were impacting quality of life issues as police officers, that’s going to lend itself to a reduction of crime, theoretically,” he said.

“Our role in the community is so varied. And I think that's what I love about working in law enforcement. Is that it’s not just going out and arresting bad guys and writing citations,” he said. “It’s so much more.”

Relationship: Married with three sons, two daughters and a stepdaughter

A dump truck collided with a horse and buggy in southern Lancaster County this morning, killing three occupants of the buggy and injuring four…

Multiple police departments have filed charges against two men for a six-month spree of thefts of catalytic converters in Lancaster County, th…

Lancaster not 'defunding' police department in 2021 budget; 2nd social worker to be hired

Lancaster city is not planning to cut its police budget next year, despite a months-long campaign by activists locally and across the county t…