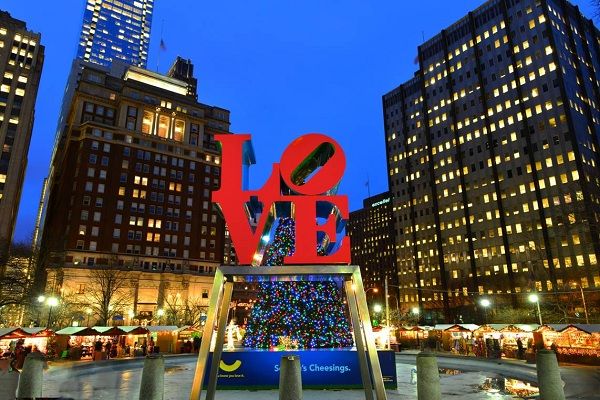 This file photo shows Philadelphia’s Love Park, which houses a traditional German market each December. A 29-year-old Lancaster city man was shot and killed by a security guard for Philadelphia's Christmas Village in LOVE Park on Tuesday. 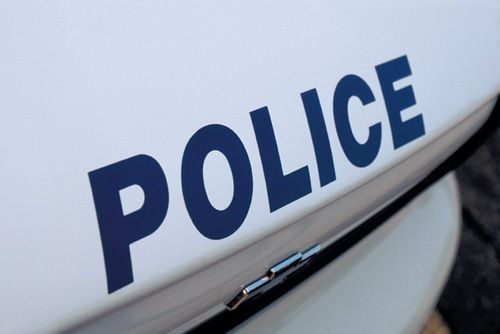 This file photo shows Philadelphia’s Love Park, which houses a traditional German market each December. A 29-year-old Lancaster city man was shot and killed by a security guard for Philadelphia's Christmas Village in LOVE Park on Tuesday.

A 29-year-old Lancaster city man was shot and killed by a security guard for Philadelphia's Christmas Village in LOVE Park on Tuesday.

Ryan Groff was shot after an argument with a contracted security guard after Groff tried entering an off-limits area of the park, which was being prepared for Christmas Village, according to the Philadelphia Inquirer.

Police have charged 43-year-old Gregory Thomas Sr. with Groff's murder, according to the Associated Press.

Thomas was working a security detail for the yet-to-open Christmas Village exhibit near City Hall around 8:40 p.m., according to an incident summary released by Philadelphia police.

Police said after the altercation, Thomas walked to his car, retrieved a black duffel bag, pulled a handgun out and shot the victim multiple times. He then fled in his car, the Associated Press reported.

Thomas did not have a permit to carry a gun as part of his security guard duties, according to the Inquirer.

Officers working a nearby construction detail responded to the shooting and found Groff on the ground. He was taken to the hospital with multiple gunshot wounds to the head, neck and abdomen.

He was pronounced dead a shortly after 9 p.m.

The Inquirer reported that after the shooting, Thomas drove home. A supervisor of the security company went to his house and took him to police headquarters.

Thomas’ wife spoke to abc6 in Philadelphia, and said that when Thomas and his partner were trying to remove Groff from the park, Groff hit Thomas in the face.

“His face shattered,” Latasha Whitmore-Thomas told the news station. “We are all devastated. I pray for the victim. I don’t wish that on nobody. Pray for my family.”

A mugshot released by Philadelphia police showed Thomas with injuries and bandages on his face.

Groff’s brother, Richard, remembered Ryan as a jokester and said in an interview with WGAL that he cherished every moment he spent with his brother before he went to Philadelphia.

Thomas had previous run-ins with police, and Philadelphia mayor Jim Kenney said that Thomas should not have had the gun because of his past history, abc6 reported.

According to the Inquirer, there have been 473 homicides in Philadelphia so far this year, as of Wednesday morning. The city's all-time record was 500 in 1990.

Lancaster farmer at odds with feds over inspections getting advice from extremists: attorney

A Lititz man is facing charges after police say he pulled out a family member's teeth during a fight.