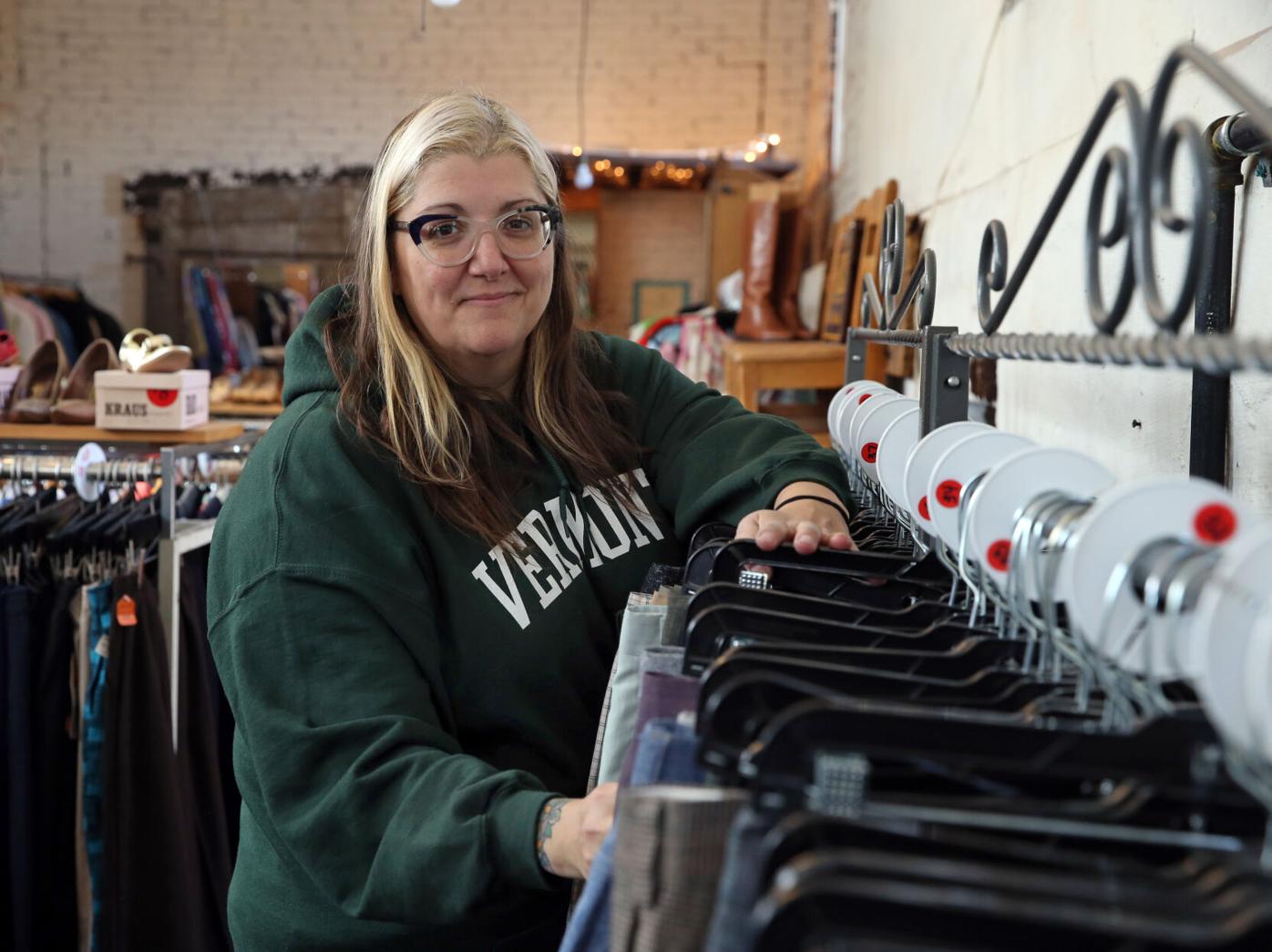 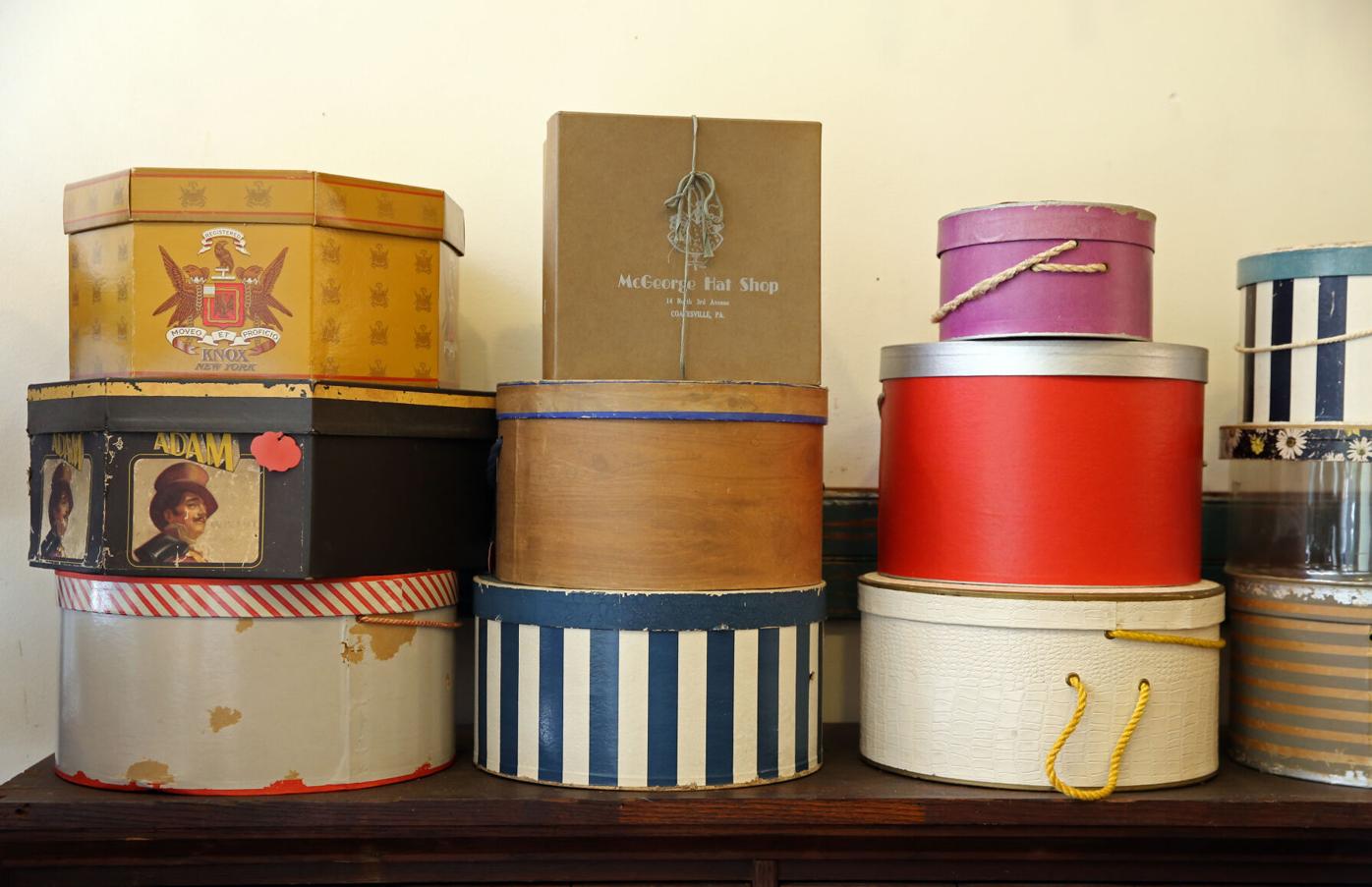 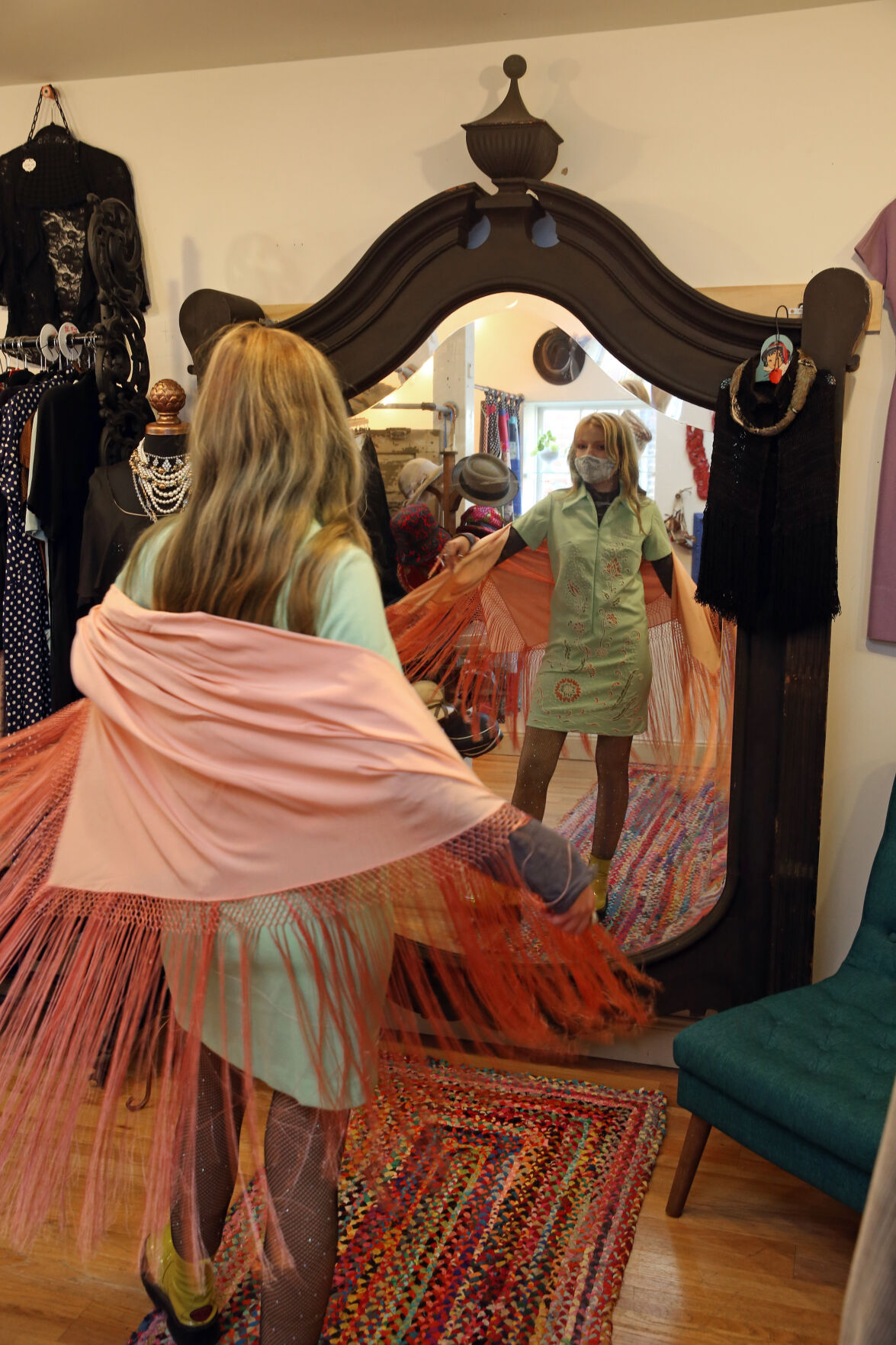 Mab Ulrich-Meureuter tries on a vintage shaw at Scarlet Willow in Lancaster on Thursday, Nov. 4, 2021. 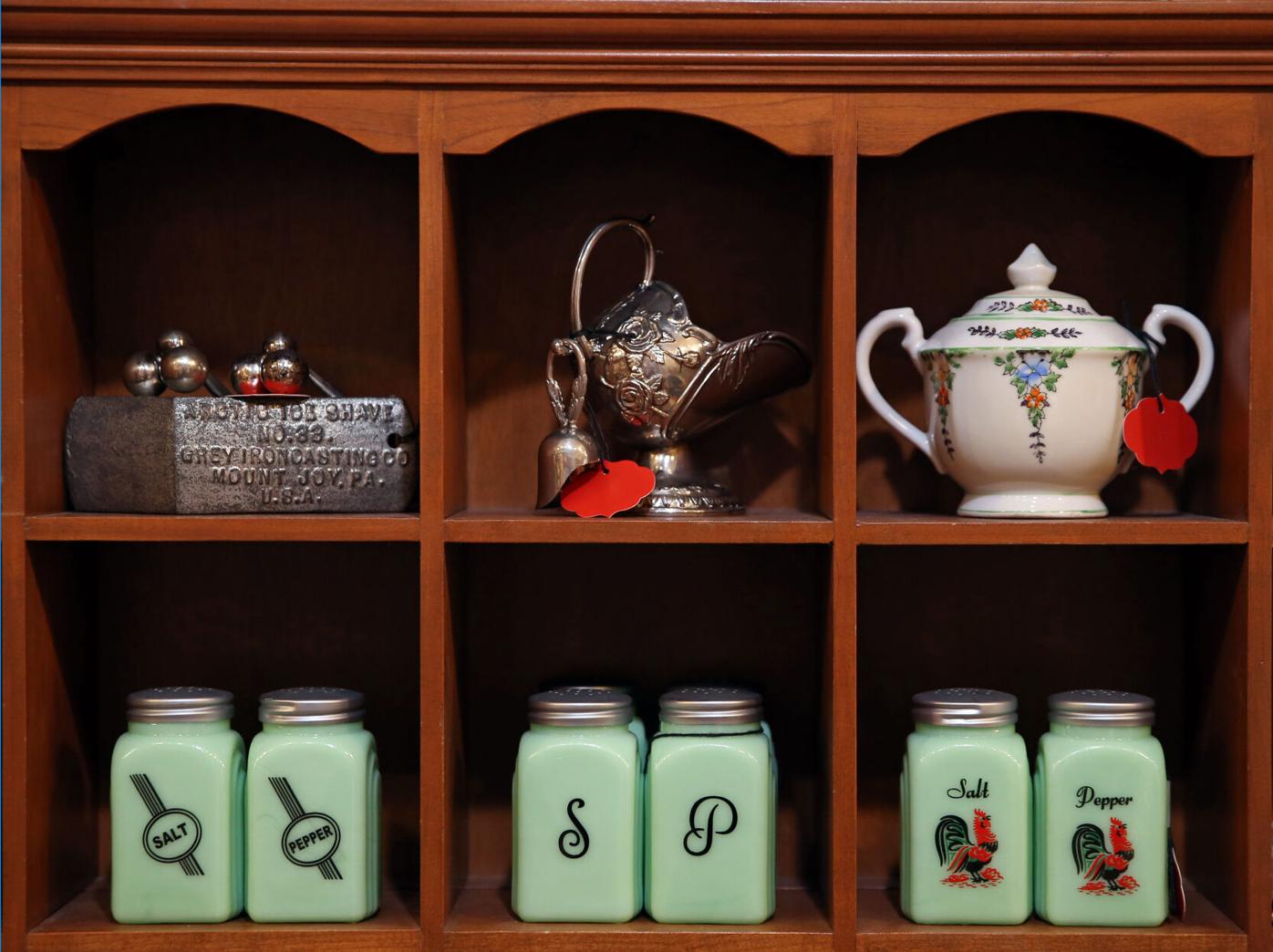 Items sit on a shelf at Scarlet Willow in Lancaster on Thursday, Nov. 4, 2021. 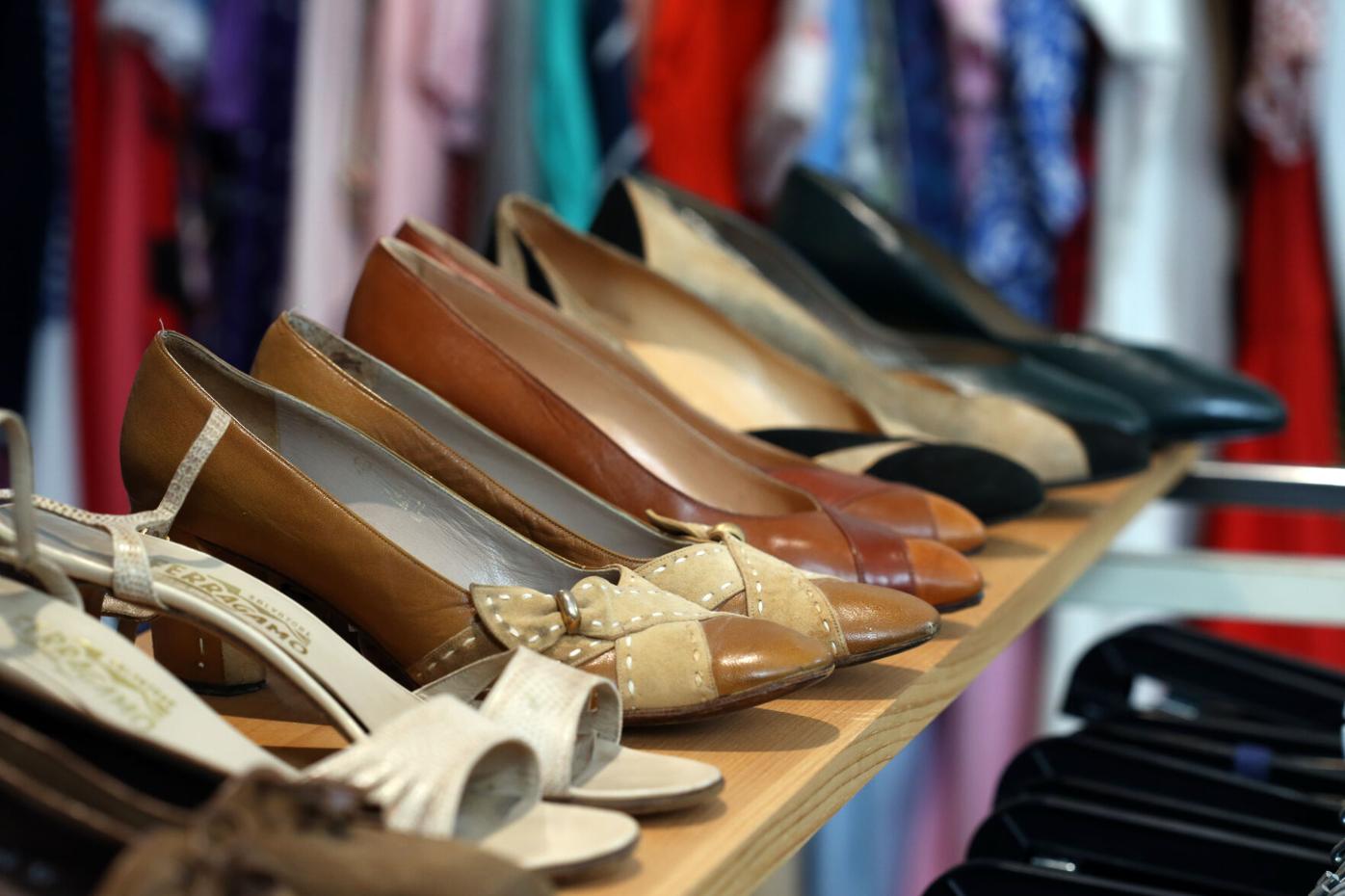 Shoes sit on a shelf at Scarlet Willow in Lancaster on Thursday, Nov. 4, 2021.

Mab Ulrich-Meureuter tries on a vintage shaw at Scarlet Willow in Lancaster on Thursday, Nov. 4, 2021.

Items sit on a shelf at Scarlet Willow in Lancaster on Thursday, Nov. 4, 2021.

Shoes sit on a shelf at Scarlet Willow in Lancaster on Thursday, Nov. 4, 2021.

After giving them the year off in 2020, the Lancaster City Alliance will on Saturday – as in years past – be deploying a festive, jingly-hatted crew to roam the streets and pass out Small Business Saturday swag.

“It’s just kind of a fun, festive way to brighten the day,” says Anne Williams, director of communications for the Alliance.

Her talking points about the start of the 2021 holiday shopping season have a distinct vibe of trying not to focus on what the 2020 season was like.

“We’re in a much better place. You may still see some individual stores (requiring) masks or some sort of health safety guidelines,” Williams says. “But in general the city is open for business. We’re ready to welcome you downtown to have a wonderful holiday experience in the city of Lancaster.”

Jodi Pabon, owner of The Scarlet Willow, is expecting a strong season at her downtown store, which sells vintage clothing and more. She’ll likely have something on sale to mark Saturday’s occasion but was waiting until closer to this weekend to choose what.

“Honestly, on this day it doesn’t seem to matter,” Pabon says. “The whole idea of Small Business Saturday is to support small businesses. And that’s what people are thinking about when they come in.”

The Scarlet Willow has been in business for more than nine years. Pabon says 2021 will actually be her best sales year to date and that she can’t pinpoint one reason for precisely how that has happened.

Luck might have played a part, she says. So may simply having been around long enough now to have picked up true traction. And there is a definite demand for vintage. She also likes to think she made smart business decisions – like hiring another employee – with the federal assistance she got last year.

“Those of us who made it through busted our butts,” Pabon says. “But we couldn’t have made it without the support that’s already built into Lancaster city supporting local.”

Nearby, her Queen Street neighbor Kristin Snyder says she also feels that support at Sophie Stargazer Boutique, where her customers buy responsibly made clothing and gifts.

“They understand that the money they put into local businesses now is going to help us survive through next year,” Snyder says.

The massive downtown tree won’t be lit yet on Saturday. The Lancaster Mayor’s Tree Lighting, which is traditionally held on Black Friday, was pushed back this year to Dec. 3.

Stores and windows, however, should be decked out to the fullest, says Williams, who says business owners know they need to make the most of this season.

Many downtown stores have a more robust online presence than they did even a year ago, she says.

“So that’s a stronger option now for our community. You can shop online with Lancaster city stores. However we’d love to see you in person,” Williams says.

“Lancaster is a special place and we love our community,” she adds. “And you can’t truly have a community if people aren’t downtown contributing to a vibrant atmosphere.”

Thanksgiving 2021: How groups like Water Street Mission, Frisco's Chicken are giving back to Lancaster County communities

Some are motivated by God. Others just want to do a kind deed.

In A1 of the Sunday, Nov. 22 edition of LNP, reporters Tom Lisi, Aniya Thomas, Chad Umble and Tim Mekeel examined challenges retailers and cus…

Steve Evans describes his business as one that just keeps getting sweeter.

It’s the teapots that tend to hook people.

Mount Joy kicking off the holidays with downtown elf hunt

Small Business Saturday is here: Where to find the best deals, freebies and more as you shop local

Small Business Saturday is a day where shoppers are encouraged to support local businesses throughout Lancaster County. This year, the day wil…