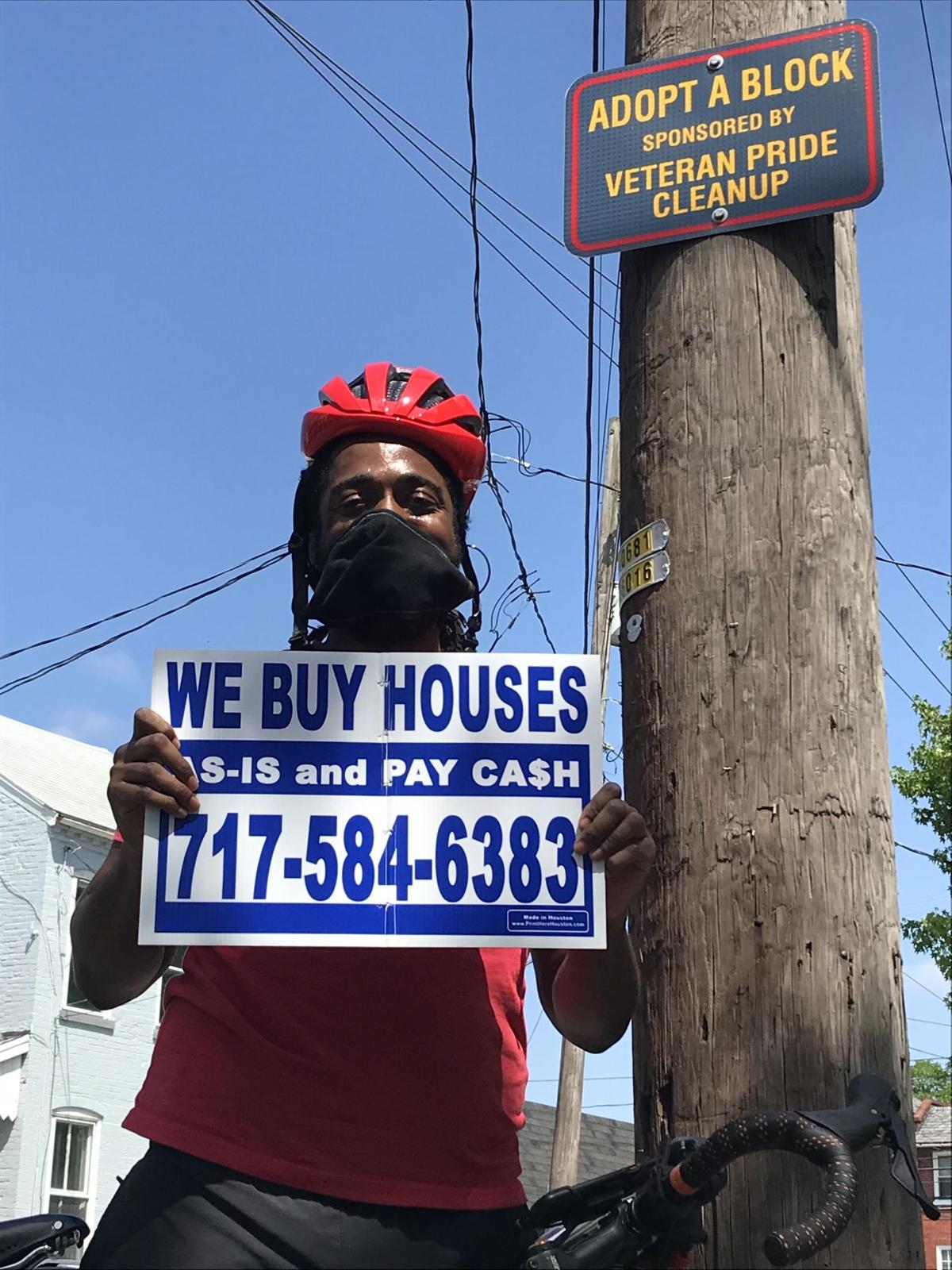 Lancaster City Council President Ismail Smith-Wade-El holds a sign that had been hung illegally on a utility pole at South Plum and Locust streets on Tuesday, May 26, 2020. 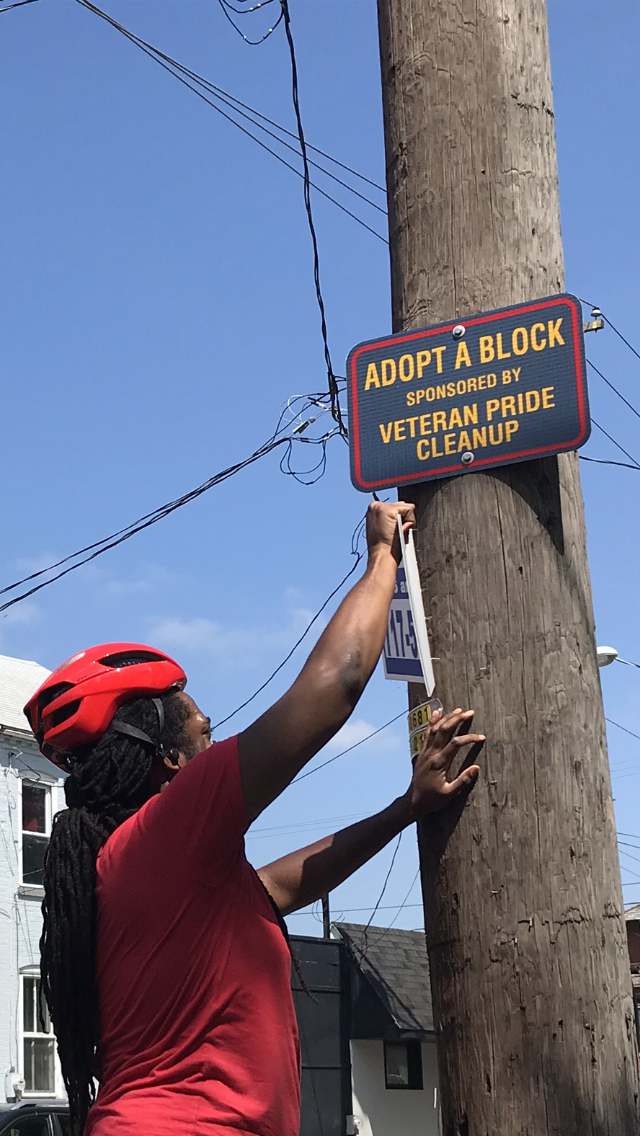 Lancaster City Council President Ismail Smith-Wade-El pulls down a "we buy houses" sign that had been hung illegally on a utility pole at South Plum and Locust streets on Tuesday, May 26, 2020.

Lancaster City Council President Ismail Smith-Wade-El holds a sign that had been hung illegally on a utility pole at South Plum and Locust streets on Tuesday, May 26, 2020.

Lancaster City Council President Ismail Smith-Wade-El pulls down a "we buy houses" sign that had been hung illegally on a utility pole at South Plum and Locust streets on Tuesday, May 26, 2020.

Lancaster City Council President Ismail Smith-Wade-El has been ripping down signs he says are posted without permission and could prompt desperate homeowners to sell their residences during a pandemic, tempted by the allure of quick cash.

Smith-Wade-El has a couple problems with them.

"Illegally tacking something to a utility pole is something I would expect from a 20-something punk band trying to advertise their next show," not a reputable real estate business, Smith-Wade-El said Tuesday. The signs violate a city ordinance and can result in a fine.

More importantly, the people behind such signs aren't interested in investing in the community, but rather making quick money, according to Smith-Wade-El.

Affordable housing has long been an issue in the city.

And what such signs can lead to, Smith-Wade-El said, is often someone buying a house cheap, putting up some drywall and marble, then selling or renting it for as much as possible often without making more significant but less-visual structural repairs that might be needed.

"This is something that concerns lot of Lancaster residents. A lot … are really concerned about this approach to taking housing in our community," he said.

Council member Amanda Bakay also has a problem with the signs, along with unsolicited texts and phone calls. She said she got a call once from someone based in the San Francisco Bay area interested in her house, telling her he heard Lancaster was a good investment market.

Got your number: Calling "we buy houses"

The man who answered wouldn’t give his name, but he said he had put up about 75 signs a few years ago. Because of complaints, he said, he’d also took them down, but admitted he must have missed some. He didn’t know they were illegal to put up. Smith-Wade-El was skeptical, noting he's taken down such signs in the past year.

"Their goal is profit and what it does, is, they're pushing people out of neighborhoods," she said.

Smith-Wade-El said he sees the signs most frequently in the southeast and southwest neighborhoods — areas that have a high rate of renters. "And those are the communities that most struggle with slumlords, disinvestment and property mismanagement," he said.

Because of the economic impact associated with the COVID-19 pandemic, Smith-Wade-El worries that some people could be particularly vulnerable to the lure of quick cash.

So, when he was driving along Columbia Avenue on Sunday and spotted one, he was moved to respond.

He pulled over, walked over to the pole, jumped up and pulled down a white corrugated plastic sign with blue lettering.

Then he posted to Facebook, wondering why he shouldn't offer a reward for people who bring him signs. That's something that was done in Philadelphia a couple years ago, he said.

He's trying to figure how much to offer. Sign wranglers would have to take a photo of the sign while still posted and document the location. But he may not have to offer much: Friends have told him they also rip down the signs.

"Getting a few dozen of these signs down keeps a few more properties in the hands of people who live in this community," he said.

Wednesday's COVID-19 updates: Over 3,000 county residents have tested positive for COVID-19 since March

Editor's note: This article will be updated throughout the day. Be sure to check back for the latest information.