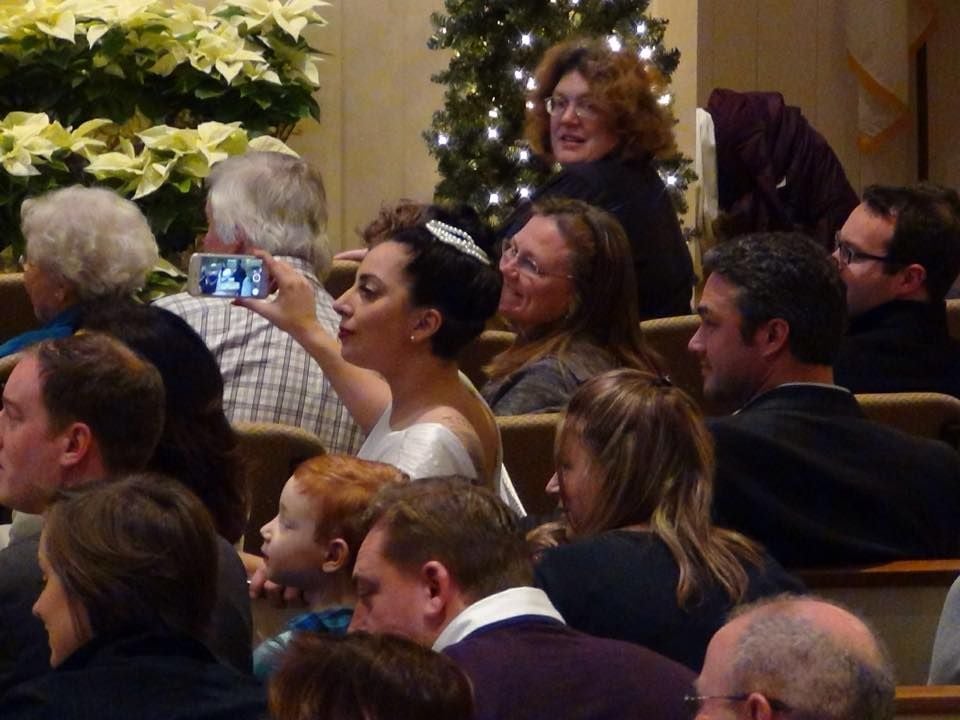 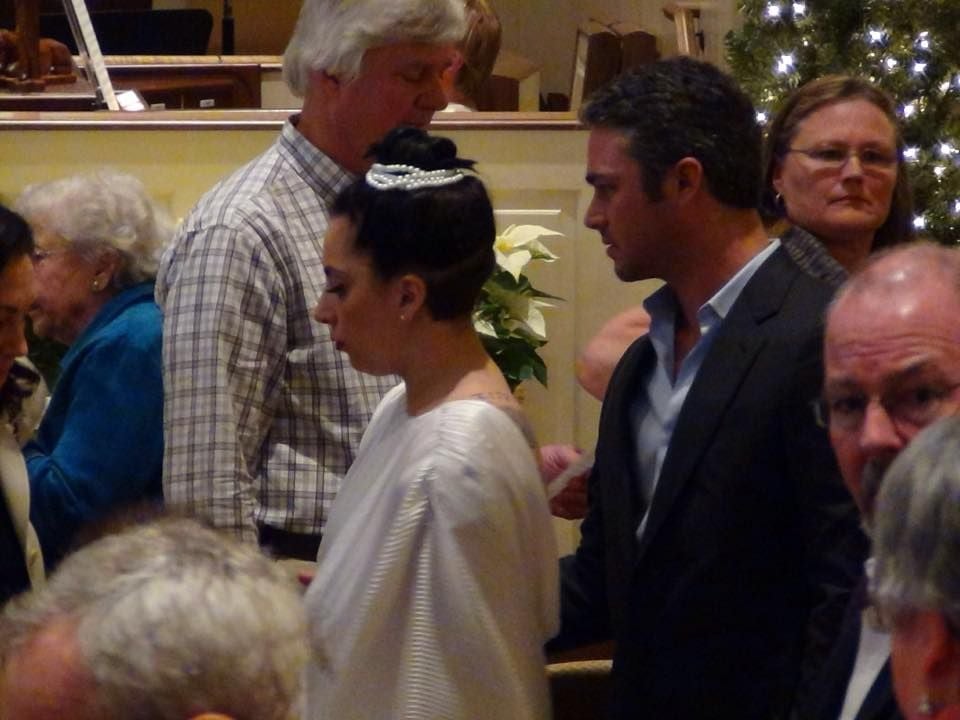 Lady Gaga and Taylor Kinney attend a Sunday service at Grandview United Methodist Church in a photo posted to Facebook. 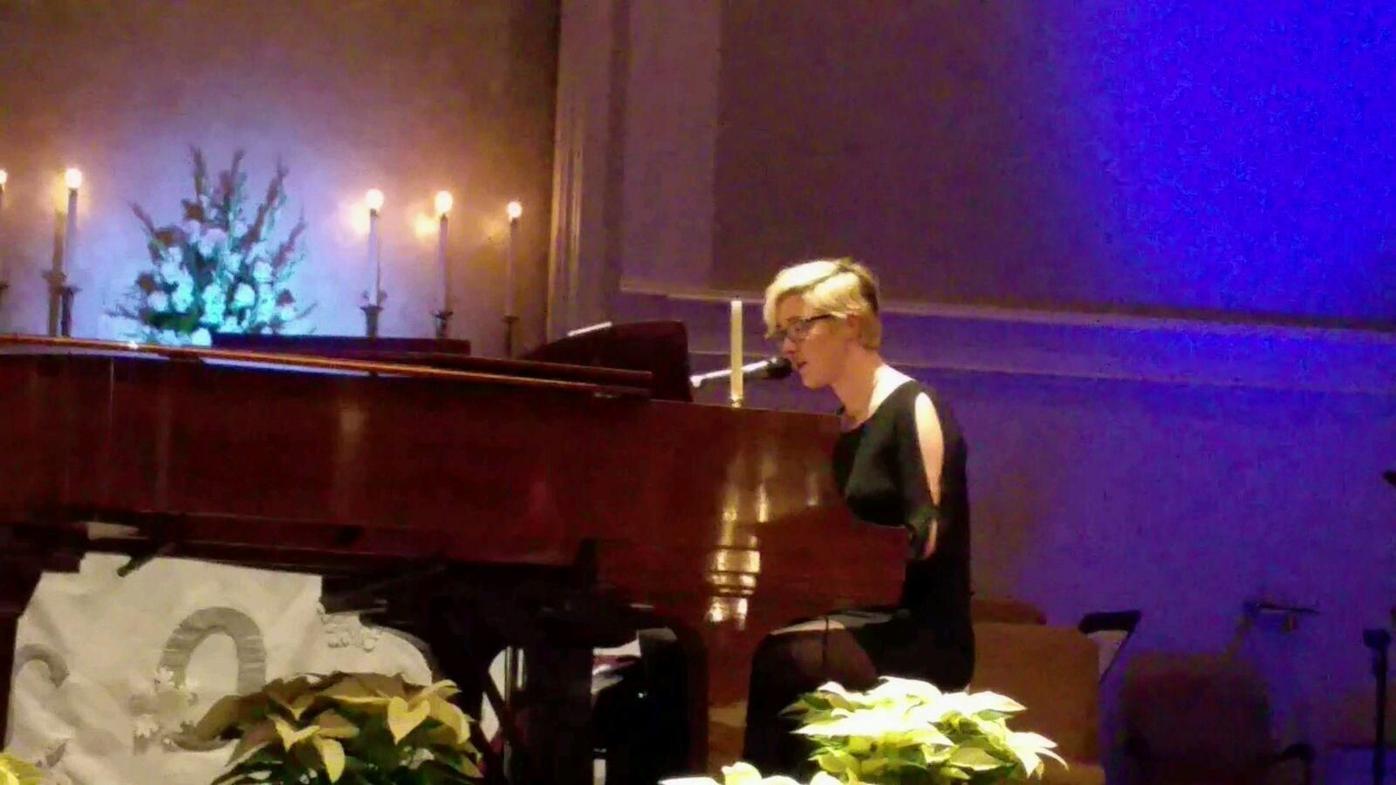 Liz Fulmer performs at Grandview UMC in a recent photo.

Lady Gaga and Taylor Kinney attend a Sunday service at Grandview United Methodist Church in a photo posted to Facebook.

Liz Fulmer performs at Grandview UMC in a recent photo.

It was a bad time for Liz Fulmer to get a case of the jitters.

But, because she stepped outside for a moment to calm her jangling nerves, the local musician missed her chance to get personal kudos from Lady Gaga.

But apparently Gaga thought Fulmer’s original song, “He is Coming,” is really good.

She got a text from the pop star to prove it.

Shortly before the 10 a.m. service on Sunday, she was told that Gaga, nee Stefani Germanotta, and her longtime beau Taylor Kinney were in the church.

First, she posted a message to Facebook telling friends that she was playing a song for Gaga. “Send prayers, please,” she wrote.

Kinney, whose television roles include “Chicago PD,” “Chicago Fire” and “The Vampire Diaries,” is a 2000 graduate of Lancaster Mennonite High School.

Kinney’s aunt attends Grandview, Fulmer said, and the couple was in town to attend a family baptism.

Fulmer is part of the church’s Celebration Team leadership, she said, and her job Sunday was to play upbeat music for the service.

That included an original song, “He is Coming,” which Fulmer sang.

“I wrote it for Christmas Eve,” she explained. “It’s about how Bethlehem is still pertinent today. It’s not just an old story.”

Fulmer was nervous before and after the service. During, however, her professional instincts took over.

“When I began playing, I was like, hey, work it out,” she said. “During the song, it’s like she wasn’t there. Then I got nervous again when I was done.

“People from the church told me that she whispered to her boyfriend that I was good.”

When Fulmer was done, she stepped outside to catch her breath.

It was bad timing. She was told later that Gaga came up to talk to her but, when she couldn’t find her, left with Kinney through a side door.

“That would have been amazing,” Fulmer said. “Missed connection.”

But Fulmer’s story didn’t end there. Kinney got Fulmer’s number from someone else at the church, and Gaga used a friend’s phone to send her a message.

“Hi Liz, it’s Gaga,” it read in part. “You were sensational. Keep up the amazing work.”

Fulmer quickly posted her excitement to Facebook: “Gaga texted me to say I was ‘sensational’ — #sohappyicoulddie.”

Gaga also offered Fulmer advice on a music career, which she said Fulmer could forward to her through Kinney’s aunt.

“It was a very generous offer,” Fulmer said.

Besides her role at the church, Fulmer works at Hunger-N-Thirst and studies at Millersville University, where she is finishing an English major and a music minor.

She is studying English, she explained, “because being a better writer will make me a better songwriter.”

She previously completed a year of study at Berklee College of Music.

“She’s a songwriter at heart,” she said. “It was all very serendipitous for me. I really am a huge fan.”