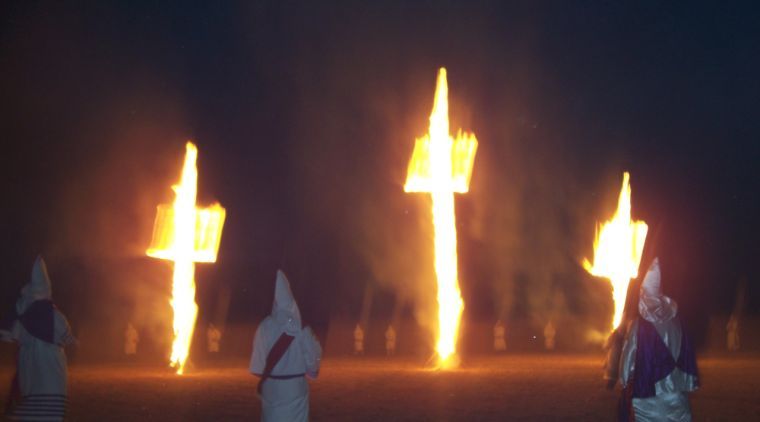 Klan members are shown burning crosses in a photo taken from the website for the Traditionalist American Knights of the Ku Klux Klan. 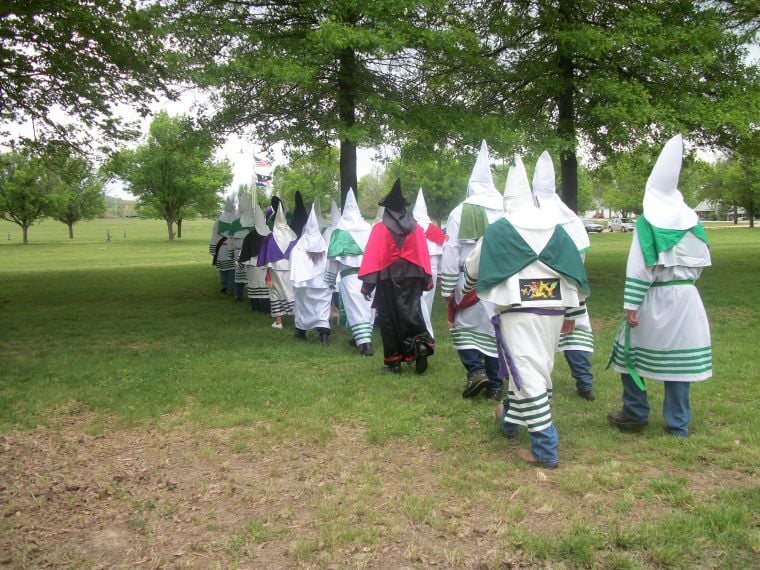 Klan members march in a photo taken from the website for the Traditionalist American Knights of the Ku Klux Klan. 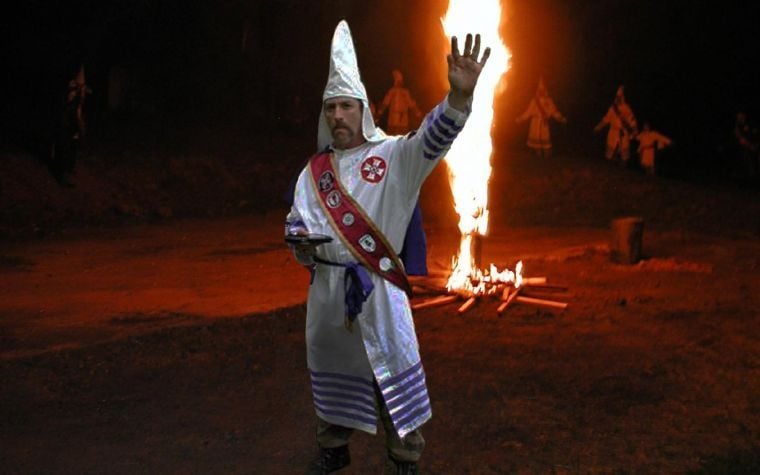 Frank Ancona, imperial wizard and president of Traditionalist American Knights of the Ku Klux Klan, is shown in a photo taken from the group's website. 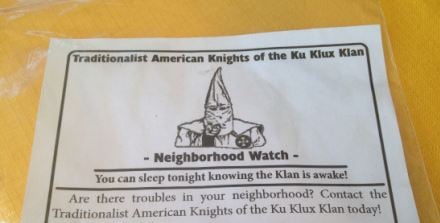 The Traditionalist American Knights of the Ku Klux Klan is sponsoring a neighborhood crime watch just across the Susquehanna River in York County.

Klan members are shown burning crosses in a photo taken from the website for the Traditionalist American Knights of the Ku Klux Klan.

Klan members march in a photo taken from the website for the Traditionalist American Knights of the Ku Klux Klan.

Frank Ancona, imperial wizard and president of Traditionalist American Knights of the Ku Klux Klan, is shown in a photo taken from the group's website.

The Traditionalist American Knights of the Ku Klux Klan is sponsoring a neighborhood crime watch just across the Susquehanna River in York County.

The presence of an active chapter of the Ku Klux Klan across the river in York County — and reports of active members right here in Lancaster County — isn’t causing much stir among local law enforcement.

“No one has brought anything to my attention,” District Attorney Craig Stedman said Wednesday.

“Nor have I heard of any problems,” he said. “This is the first I’ve heard of this.”

The Klan, a white supremacist group, is sponsoring a neighborhood crime watch in Fairview Township, in northern York County.

The leader of the Traditionalist American Knights of the Ku Klux Klan said membership in the organization is strong in Pennsylvania — although he declined to give details on the group’s size or activities.

Frank Ancona, the Klan’s president and imperial wizard, said the group has “about 25 to 50” active members in Lancaster County.

However, Ancona said they must act in secret because they are “somewhat discriminated against,” according to a PennLive report.

“Members could be the guy who is delivering your pizza,” he said. “It could be law enforcement from the local sheriff’s office. It could be the nurse taking care of you in the emergency room.”

The police chief in Elizabethtown Borough, which is just across the Susquehanna River from Fairview Township, hasn’t seen stirrings of Klan activity.

“No, it is not on our radar,” Chief Jack Mentzer said Wednesday. “I honestly have not heard a thing about it here. And that’s great news.”

There are neighborhood watch groups in Elizabethtown, Mentzer said, “but they have no affiliation whatsoever with the Ku Klux Klan.”

Elizabethtown is listed on the Southern Poverty Law Center’s national map of hate groups as the home of another white supremacy group, the H.L. Mencken Club.

“We are very much attuned to all hate groups and white supremacy groups,” he said.

“Any activity — formalized activity in Lancaster County — we have not seen on our immediate radar,” Harvey said. “We know of no activity, we have seen no activity.”

But, just because they’re not active, he said, “that does not mean there are not people here who are supportive of them.”

Police contacted this week in several other local law enforcement agencies, including Lancaster city and Lancaster County-wide Communications, also said they were not aware of any recent Klan activity here.

Ancona said the Park Hills, Mo.-based white supremacist group launched a neighborhood crime watch and Klanline hotline in Fairview Township, a municipality along the Susquehanna River northwest of Elizabethtown, because of a recent rash of break-ins.

“It's just like any neighborhood watch program. It's not targeting any specific ethnicity,” he said. “We would report anything we see to law enforcement.”

The group describes itself online as a "law-abiding, non-violent Christian Organization fighting to preserve and protect our White Race, Bill of Rights, and our Constitution as originally written, against all enemies, both foreign and domestic." It denies it is a hate group.

Last August, there were reports of the Klan circulating literature in the Reading area.

Klan activity in Lancaster County has been sporadic over the years. In 2001, a planned KKK rally fizzled, but the group held a gathering in Quarryville instead.

A few dozen Klan members marched in Lancaster in August 1991.

According to newspaper archives, some 10,000 county residents came out in October 1923 to watch the spectacle when hundreds of Klan members were initiated.

The event at the old Lancaster Fairgrounds, by Long’s Park, included fireworks and the burning of four immense crosses. Klan spokesmen then said the group’s membership was strongest in Ephrata, Columbia, Strasburg and Quarryville.

LancasterOnline readers on Facebook reacted strongly to a story Tuesday about local Klan activity — although opinions expressed in more than 450 comments varied widely.

“There are a lot more problems in lancaster than 25 to 50 klansmen,” wrote Craig Alan Carrigan.

A man identified as El Chele said that, “other than the white supremacy part these guys don't seem half bad.”

Chele said the group has been active in Pennsylvania for a while and “no one has had any problems with them. I think we would have known about them by now if they were committing hate crimes in the area.”

Another Facebook user, Keith Stine, highlighted Chele’s phrase “Other than the white supremacy part...” and added, “Stop there. Nothing good ever comes after that.”

Jessica Leah urged people to “let them be” because they’re “not hurting anyone.”

“If they do the neighborhood watch, it may save the life of a child or neighbor, possibly even your child, but you know what, so could a watch by the Black Panthers or any other group,” added Kyle Slaymaker. “Yes the KKK still exists, get over it. When is the last time you heard of a lynching in PA?”

The Ku Klux Klan group running a neighborhood watch just across the Susquehanna River says its Pa. membership is strong

A white supremacist group sponsoring a neighborhood crime watch just across the Susquehanna River in York County says membership in Pennsylvania is strong.

Klan leader, who organized neighborhood watches in southcentral Pennsylvania, is shot to death in Missouri