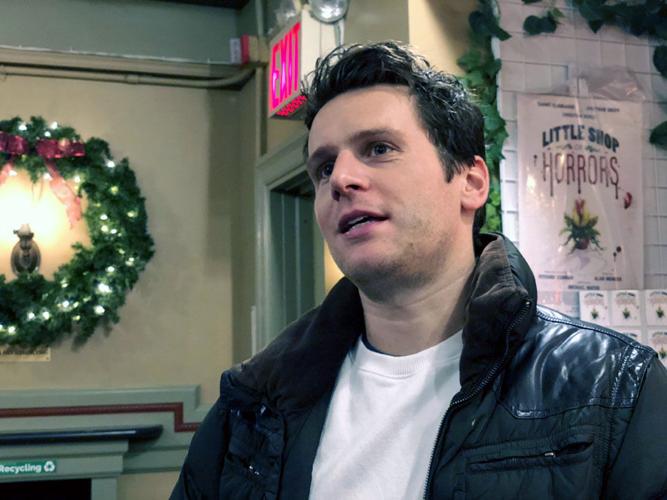 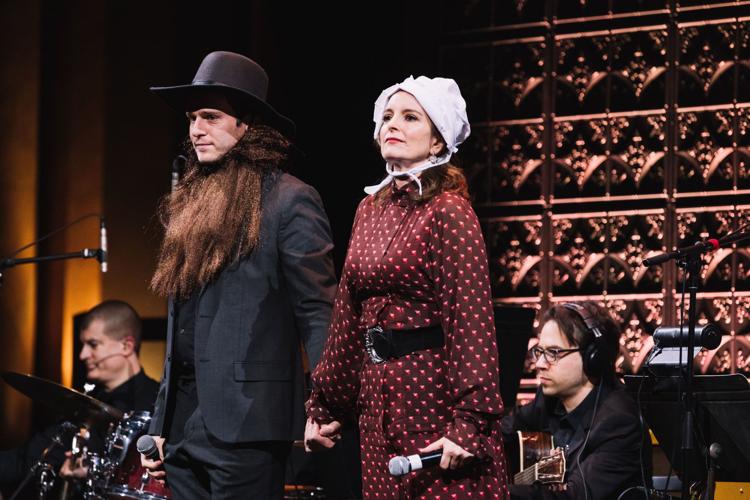 Jonathan Groff and Tina Fey perform the song "The Courting Song," written by Fey's husband, composer Jeff Richmond, at the Dec. 2, 2019, Nova Ball, for the Ars Nova incubator/hub for experimental theater in New York. The performances were a tribute to Richmond and composer Joe Iconis. "The Courting Song" is a song from Richmond's 2002 Ars Nova show, "Melancholy Baby," and is jokingly attributed to a fictional musical called "Amish Nights." Fey knew Groff is from Lancaster County and asked him to perform the song with her. Must credit photographer Emilio Madrid. Fey and Richmond wrote the Broadway musical "Mean Girls" together. 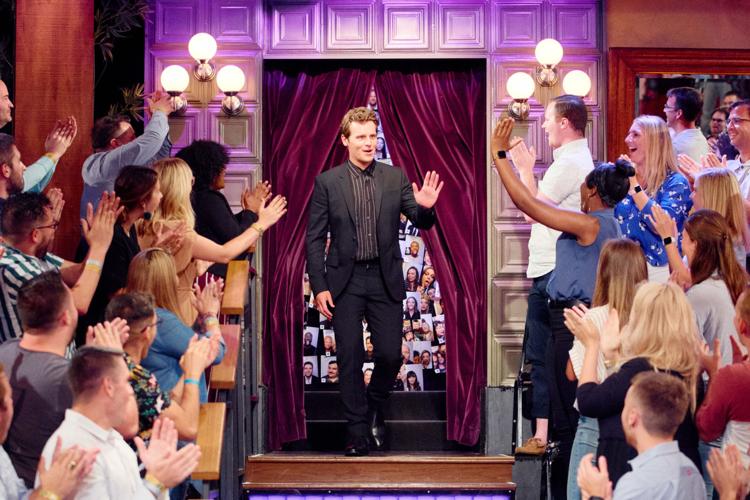 Jonathan Groff enters the studio for his appearance on "The Late Late Show with James Corden" Tuesday, September 3, 2019. 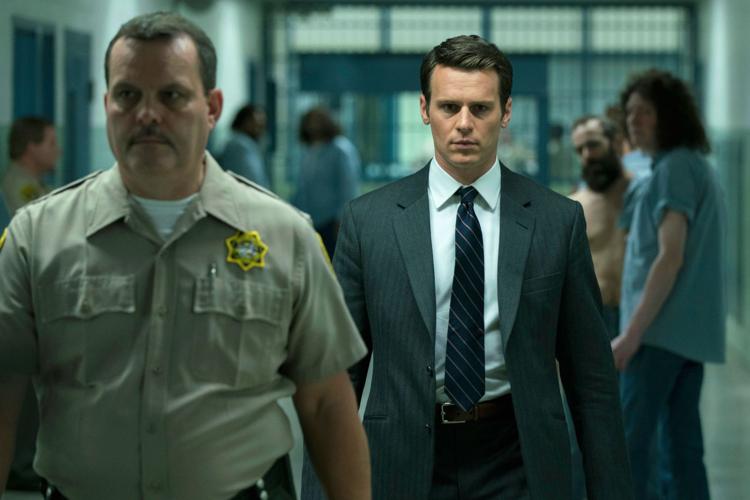 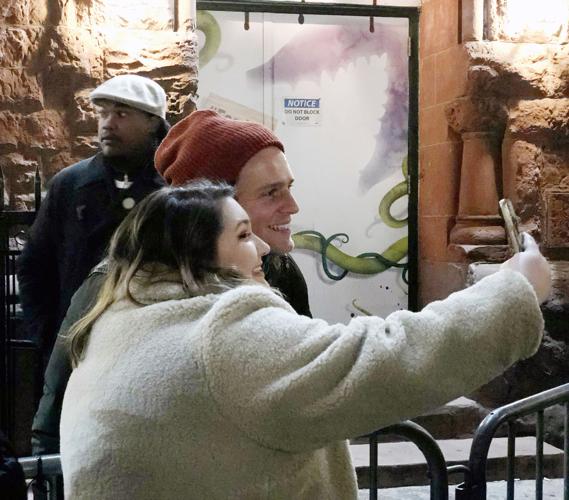 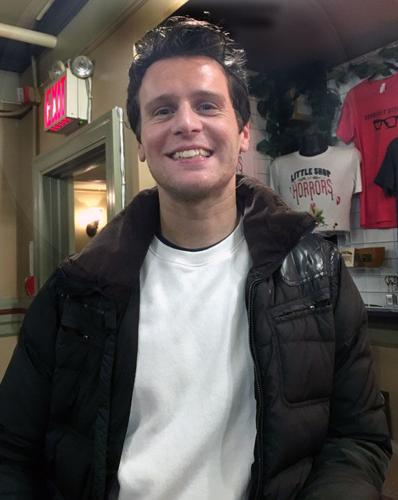 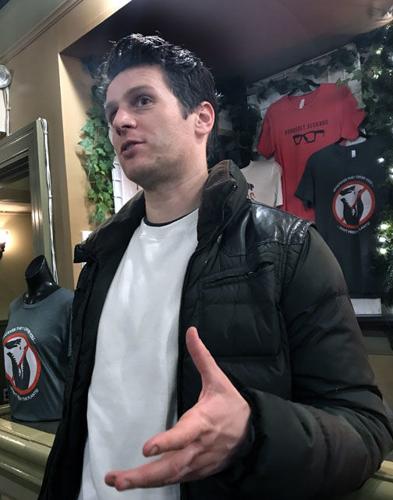 This image released by Disney shows, from left, Elsa, voiced by Idina Menzel, Anna, voiced by Kristen Bell, Kristoff, voiced by Jonathan Groff and Sven in a scene from "Frozen 2." (Disney via AP) 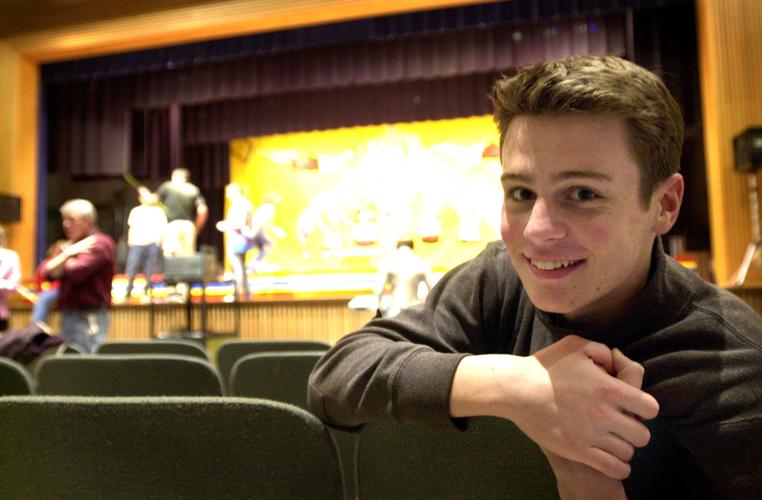 In this 2002 photo, Conestoga Valley High School student Jonathan Groff looked forward to being a working actor. He had just won the Beth Bash Memorial Award for directing and starring in CV's "You're a Good Man, Charlie Brown." 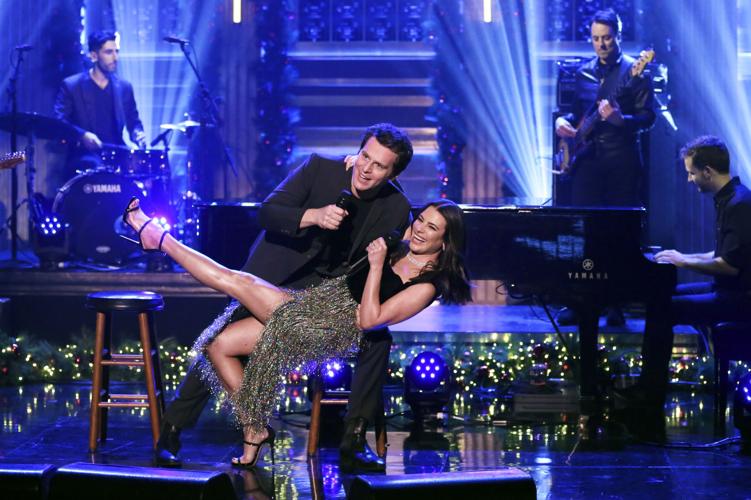 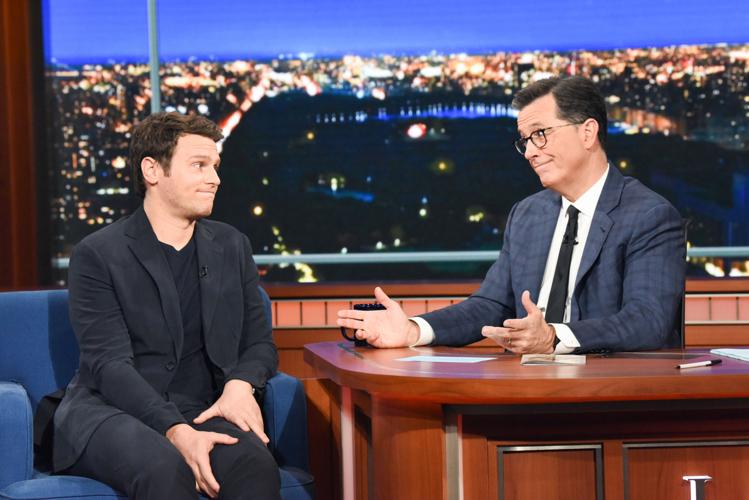 He is playing Seymour in an off-Broadway production of “Little Shop of Horrors,” which is being directed by Michael Mayer, of “Spring Awakening” fame, with Broadway veterans Christian Borle and Tammy Blanchard at Westside.

“Everyone is doing this for the fun of it,” Groff says. “It reminds me of EPAC. Nobody is trying to gain anything from it. There are no ulterior motives.”

The show is largely sold out, and reviews have been strong.

For Groff, 34, being onstage is his “ultimate existence.”

Home is never far from Groff’s mind. He returns to Lancaster frequently, though sometimes just for a day.

“He was here for less than 24 hours on Thanksgiving,” says his mother, Julie Groff.

And he recently purchased a house and property next to his father’s farm in Christiana.

It’s a place to live when he’s home, but also, Groff has plans for it.

“I want to turn the barns into creative spaces — a recording studio, an editing suite, a place to write, or a place to have small workshops,” Groff says. “I want it to be inspiring, quiet and peaceful.”

It’s in the future — Groff says it is a 10-year plan — but he is excited about the possibilities.

He got the idea while he was playing Melchior Gabor in the cast of “Spring Awakening,” which he did off and then on Broadway from 2006 to 2008.

“Gideon Glick (who played Ernst and will be replacing Groff next month in ‘Little Shop’) was the first to leave the show, and my mother got a school bus and brought everyone in the cast to Lancaster,” he recalls.

“We hung out in the barn and had a bonfire outside. Gideon said how rejuvenating and inspiring it felt, and that got me thinking. It’s close to New York. Someone could come and spend a couple days here. My dad (Jim Groff) loves the idea, and I love the farm,” Groff says. “So as the years go by, we’ll make it a creative place.”

“When I bought the horse farm in 1987, the Realtor bought the frontage (of the property) and built eight houses. Jonathan bought one of those houses,” says Jim Groff, who is a horse trainer and a jockey. “The view out back is, well, you can’t beat it.”

Both Groffs note that their son won’t be tearing any of the barns down and won’t be changing the house much. As a creative spot, it will not have concerts or performances, but will be a quiet place.

“He wants to keep it all natural,” Julie Groff says. “It’s going to look sharp.”

Groff’s career is going at hyperspeed these days.

He had to take time away from the “Little Shop” run for an intense press junket for “Frozen II,” the animated musical film that was released last month and is turning into another massive hit for Disney.

And it was announced recently that Groff will be appearing in “Matrix 4,” a film sequel scheduled for theatrical release in May 2021.

“He’s working with a personal trainer. The ‘Matrix’ people are getting him in shape,” says Jim Groff. “He’s working out every day, and he’s on a really strict diet. What gets me is he had to take a picture of everything he ate for a while.”

“He basically barely has enough time to eat,” says Julie Groff. “He is loving this, but I am sure it will catch up with him.”

There is no rest for the weary. Groff is set to leave “Little Shop” on Jan. 19.

The next day, he starts working on “Matrix 4,” which is being filmed partially in Chicago.

“I find it so easy to talk about ‘Frozen II,’” Groff says. “It’s so good, and the relationships with the directors and the the cast have been so positive.

Indeed. “Frozen,” in which Groff voices mountain man Kristoff, was a global phenomenon and the largest-grossing animated film in history. The sequel is breaking records, too.

“I find it so easy to talk about ‘Frozen II,’” Groff says. “It’s so good, and the relationships with the directors and the the cast have been so positive.

“A lot of my interviews have been with Josh Gad (who voices Olaf the snowman),” he says. “We had such good time. It’s almost like a vacation.”

Groff says that when the first “Frozen” film came out in 2013, nobody expected it to be as huge as it was.

“We had all scattered after the film and didn’t really have a chance to do a lot of publicity,” he says. “So this was like a celebration for us.”

Anybody with children of a certain age will tell you how powerful “Frozen” was for their kids, particularly their daughters. Groff thinks part of the success of the movie was how it empowered the female characters.

“Kristoff is an evolved mountain man,” he says. “I love that he is there to serve the women — a man letting women take the spotlight. That flips convention.”

For a few weeks, Groff was all over TV, appearing on just about every talk show out there, from Jimmy Fallon’s “Tonight Show” to Stephen Colbert’s “The Late Show.”

During his most recent appearance with Colbert, Julie Andrews was another guest.

“Can you believe I met Julie Andrews!” Groff says.

On the show, Groff showed footage of his 3-year-old self dressed as Mary Poppins for Halloween, and noted that his older brother, David, was dressed as The Entertainer, complete with top hat and cane. In the family video, David Groff says of his brother, “He has lipstick on — oooooh!”

“He was trying to upstage me,” Groff says, laughing.

“You’ve got a great mom (to let you do that),” Colbert said.

“I do have a great mom,” Groff replied.

“ ‘Mary Poppins’ was Jonathan’s first real movie. He watched it every single day,” says Julie Groff. “It was my two-and-a-half hours to get things done. He became obsessed with the movie and acted out all the parts.”

His father says that he has always studied movies and other actors onstage.

“When he did stuff at the Fulton or at EPAC, smaller stuff, he would sneak around the corner and watch them every night — watch the changes the actors made,” Jim Groff says.

“Even today he does that,” Julie Groff says. “He never stops learning.”

“I like to call him up and give him my notes after I see a show,” Jim Groff says. “We get a laugh out of that.”

You’d think Groff would get stopped by people all the time, especially because of appearances on Fox’s “Glee,” HBO’s “Looking” and the Netflix series “Mindhunter,” in which he plays FBI agent Holden Ford. (Groff says the show is on hiatus at the moment.) But he says he rarely gets recognized.

“I look like a generic white person,” he says. “And I’m mainly on my bike because that’s how I get around New York. I sign autographs if people ask.”

“He said he walked down the street in his King (George) outfit from ‘Hamilton’ once and nobody paid any attention to him,” says Jim Groff with a hearty laugh. “In New York, people don’t bother you much.”

“Things may change with ‘Matrix 4,’ though I hope not,” Julie Groff says.

But Groff hasn’t changed. He still visits with friends from home backstage during a show. He is still accessible and friendly to everyone he meets.

“With Jonathan, what you see is how he has always been,” Julie Groff says.

Right now, Groff says, life is very full. His career is going great, he’s in a relationship with New Zealand-born choreographer Corey Baker, who lives in London, and he’s closer than ever with his family.

“This is a sweet moment in time,” he says.

Jonathan Groff has been cast in the sequel to the successful "Matrix" film franchise, Entert…

Here are our favorite Lancaster theater performances that happened in 2019; how many have you seen?

For theater in Lancaster County, 2019 was a good year with plenty of memorable shows.

It doesn’t look like “Mindhunter,” the Netflix series starring Lancaster County’s Jonathan Groff, will have a third season. At least not anyti…

Writing a story about Jordon Ross Weinhold is a challenge.