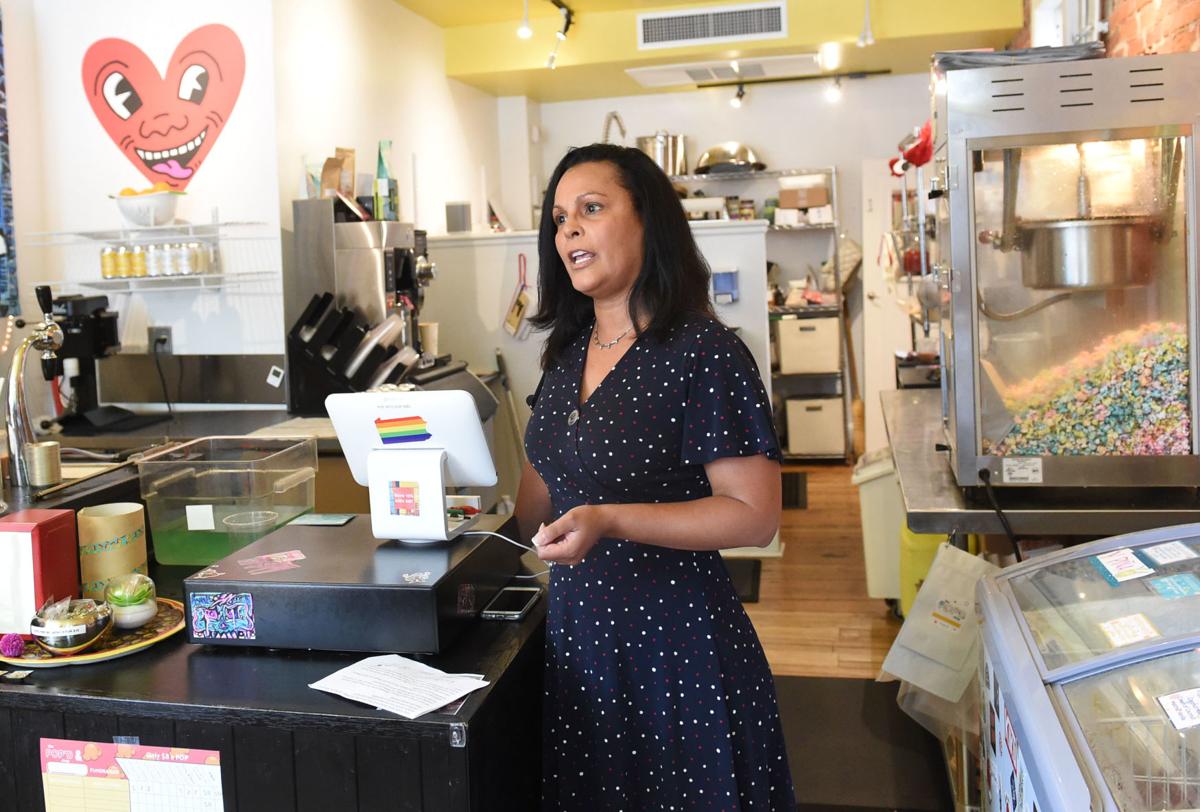 Janet Diaz announces her candidacy to be the Democratic candidate to attempt to unseat state Sen. Scott Martin at The Pop'D Shop in Lancaster on Saturday, July 20, 2019.

In an upset over the endorsed candidate, Janet Diaz will be the Democratic candidate for the 13th Senatorial District race to take on Republican Sen. Scott Martin in November.

Diaz, a healthcare worker and Lancaster city councilwoman, declared victory Tuesday with 12,170 votes or 54% of the vote over opponent Craig Lehman, a county commissioner, who received 10,398 votes. Lehman was endorsed by the Lancaster County Democratic Committee, making this the second race Diaz has won without the county party’s stamp of approval.

The race is being finalized one week after Election Day, after the county Board of Elections has worked through more than 51,000 mail ballots in a historic election taking place during the coronavirus pandemic and the first time using an additional vote-by-mail option.

The 13th Senatorial District is one being heavily targeted by state Democrats as what they consider vulnerable, due to changing populations in the southern half of Lancaster County.

“People kept cautioning me against running,” Diaz said in a statement. “A Latina couldn't or even shouldn't run for higher office, they say. Not now. Not yet. But thanks to the support of voters in this district, those naysayers were proven wrong. Again.”

She is now looking to meet farmers in the county to hone in on ways the Legislature can support bringing in jobs and food to the county, she said in a phone call Tuesday night.

Lehman conceded Tuesday and said in a Facebook post he would be supporting Diaz in November. Additionally, his campaign would contribute $5,000 to the county party to support the Democratic Senate and House candidates and thanked his supporters.

“I look forward to a debate on the issues as I continue to work for the people of the 13th District to restart our economy, strengthen education and healthcare, keep our communities safe, and address Lancaster County's unique needs,” Martin said in a statement.

For a second time, Janet Diaz has won the Democratic nomination for elected office without the support of the county Democratic party -- this …