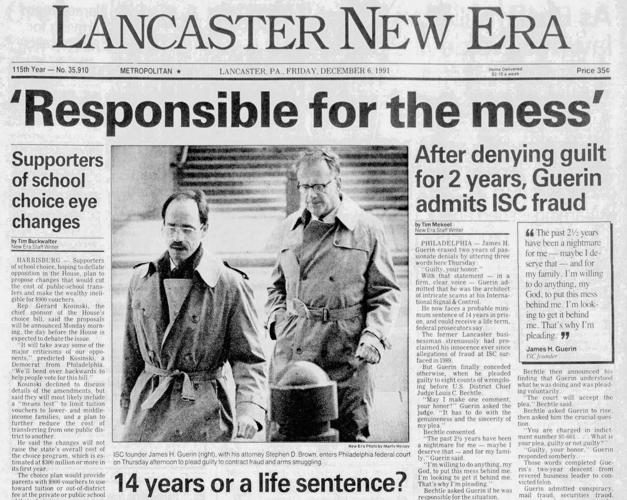 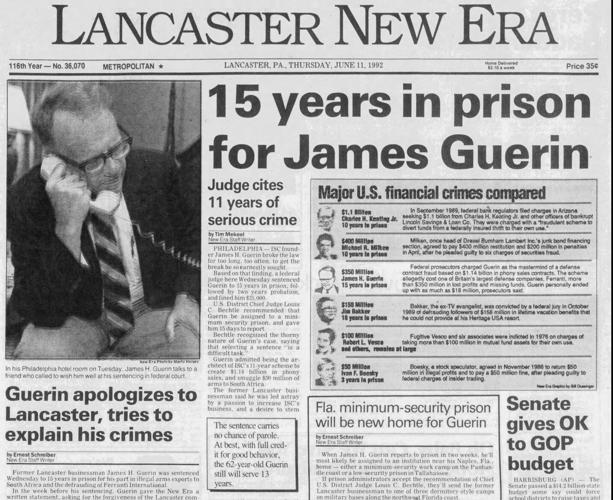 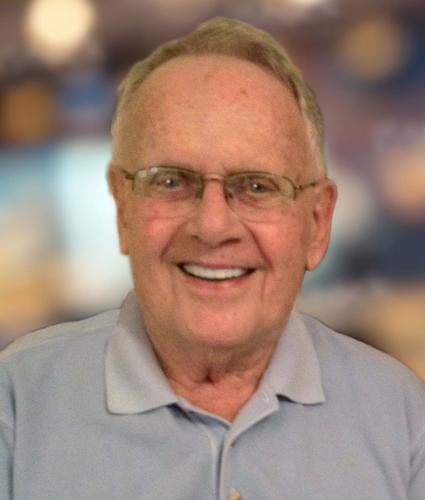 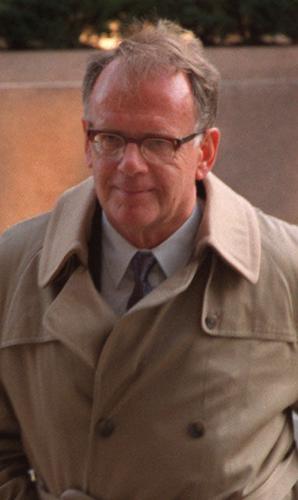 It’s a good bet that most Clipper Magazine employees or anyone driving by the company’s West Hempfield Township headquarters have no idea of the property’s connection to Lancaster County’s largest-ever corporate crime.

Addresses for Clipper and other businesses at the campus now list “Hempland Road” for the street address. Google Maps still hints at its past: Electronics Way, where a 100-acre campus was built in the early 1980s to headquarter International Signal & Control Corp.’s defense systems division.

James Guerin, who died Feb. 10 at 91, founded ISC in his Landisville basement and grew it to employ 1,800 locally, making it one of the county’s largest employers. It employed 5,500 worldwide. ISC and its divisions made space rockets and security, defense and ordnance systems, such as missile fuzes and devices to jam radio signals.

Guerin touted his Christian faith and was hailed locally for his entrepreneurship and philanthropy, donating millions to local organizations.

His company merged with British defense contractor Ferranti in a $1.5 billion deal in 1987. Two years later, Ferranti announced it had discovered “significant irregularities” in ISC’s books.

As the 1980s drew to a close, what Guerin built began to crash in what was, at the time, one of the largest financial fraud cases in the United States.

Ultimately, Guerin was found responsible for fraudulent contracts worth $1.14 billion, coupled with a $50 million scheme to illegally sell and ship embargoed weaponry and components to South Africa during the apartheid era.

Some of the weapons components sold to South Africa wound up in Iraq during the first Persian Gulf War and were used in Iraqi artillery shells, though federal officials said ISC didn’t necessarily know that would happen and there was no evidence that ISC sold directly to Iraq, according to reporting by LNP | LancasterOnline’s predecessor newspapers.

The contract fraud involved phony deals worth hundreds of millions of dollars with China, Pakistan and South Africa. The bogus deals made ISC look much more profitable and attractive to Ferranti.

His plea followed more than two years of denying any wrongdoing and publicly scolding local media and others who questioned his dealings.

At Guerin’s two-day sentencing hearing in June 1992, a federal prosecutor said, “I prosecute white-collar crime exclusively and I have never seen so much criminal activity over such a long period of time in my career.”

It took years for prosecutors to untangle the scope of Guerin’s scheme, which went on for 11 years.

At his sentencing, Guerin blamed his downfall on his drive to succeed, to grow his company and “misguided patriotism,” according to news accounts. He contended selling weapons to South Africa would counter a communist threat.

“It’s difficult for the court to believe, Mr. Guerin, you could have felt you were doing the right thing,” U.S. District Judge Louis C. Bechtle said during the sentencing. “... One bad decision did not lead to another. It led to hundreds and hundreds of others.”

Bechtle sentenced Guerin to 15 years in prison. With good behavior, he served 13 years.

Many of the people involved in the scandal have died or could not be reached. Messages to Guerin’s sons were not returned.

One person who was involved was James Shinehouse, who had a primary role in investigating the fraud.

Shinehouse joined ISC in 1986. He was named its chief financial officer and vice president of finance in 1989, after the Ferranti merger. Four months later, Ferranti announced it had discovered overvalued and bogus contracts on ISC’s books. Shinehouse led the internal investigation and directed subsequent litigation to help Ferranti recover what money it could, a years-long process.

Shinehouse, 64, is now a partner at Atlantic Financial Advisory Partners in Philadelphia. He was reluctant to revisit the scandal, but agreed to answer one question:

What impact did your involvement have on your career, as you’ve made rooting out fraud, or cleaning up after it, your career focus?

“Under these circumstances, it isn’t appropriate to comment on this case,” Shinehouse said in an email. “However, my time at Ferranti provided me with the skill set that I’ve now used in investigating other significant frauds and assisting distressed companies on behalf of others.”

Among Shinehouse’s later work was serving as financial adviser and forensic accountant for a creditor group in a $358 million claim against Enron, the Texas-based energy company that collapsed in spectacular fashion in 2001.

Ernie Schreiber, who covered the ISC story as a New Era reporter and would go on to become the paper’s editor, was willing to speak about the investigation.

The journalists at Lancaster’s newspapers found themselves competing with much larger outlets: British newspapers, The New York Times. The Washington Post. “20/20.”

“Tim Mekeel and I considered it our local story, and we were determined to get it right and get it first,” recalled Schreiber.

Schreiber and Mekeel, who retired in December, used corporate filings, court records and sources to show how ISC did business. They also interviewed everyone they could, including Guerin.

“We didn’t censor what they had to say. We weren’t prosecutors on a mission. We were journalists, open-minded reporters. We were respectful. We let the facts speak for themselves,” Schreiber said. “We trusted our readers to recognize if those we were interviewing were telling the truth, if their stories were credible.”

In the days before he was sentenced to prison, Guerin met with Schreiber for a series of interviews in which he characterized the fraud as growing out of some contracts he expected to complete, but which fell through, along with a change in policy in how the U.S. dealt with South Africa.

Schreiber didn’t see it that way.

“The U.S. Attorney’s office assembled hundreds of fake contracts. They traced hundreds of millions of dollars being laundered through Swiss bank accounts,” he said. “However honest the enterprise may have started, however generous its goals, in the end it was a vast criminal conspiracy.”

“He saw his company’s work producing armaments as part of a national effort to contain Russia and communist insurgencies…. He was interested in being seen as a source of good works in the Lancaster community,” Schreiber said. “And that was his downfall, his ego.”

Little is publicly available on Guerin’s life after his release from prison. His wife died, and he remarried. His obituary said “his greatest joy was in Christ and his beloved family.” He also sang in his church choir and taught Sunday school.

People who wrote tributes to him mentioned his generosity and faith.

One woman wrote that Guerin helped pay her tuition at a Christian college.

“I’m paying it all ahead. My husband and I do mission work in refugee camps in Nigeria, and there I have the sheer honor of teaching the Bible and telling the fatherless that they have a Heavenly Father Who loves them always, and they too are welcome in God’s family through the atoning work of Jesus,” she wrote.

Lancaster County is now a 'second-class A' county; here's what that means